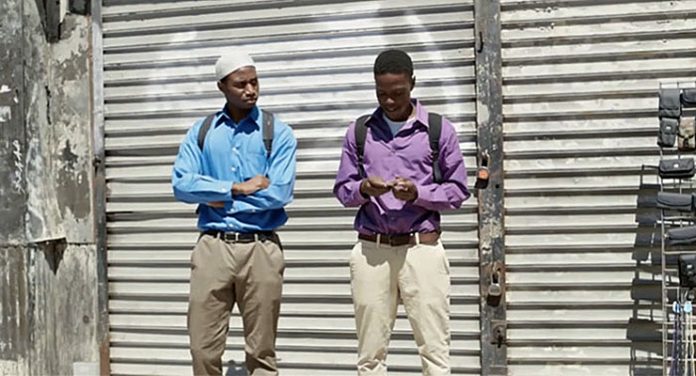 Naz & Maalik (Kerwin Johnson Jr. and Curtiss Cook Jr.) are two closeted Muslim teenagers who happen to be in love with each other. Their relationship remains a secret, not just to their families they are very close to, but also because of their religion’s condemnation of homosexuality. But Naz & Maalik shows us how both young men go about their daily routine on a Friday afternoon, it’s an afternoon that sees their relationship get tested over a series of events that take place on that day. They sell lottery tickets and saints cards on the streets to passersby to make a bit extra spending money, and then they go to their local mosque for afternoon prayers, where the preacher says a special welcome to any police or FBI who might be in attendance. 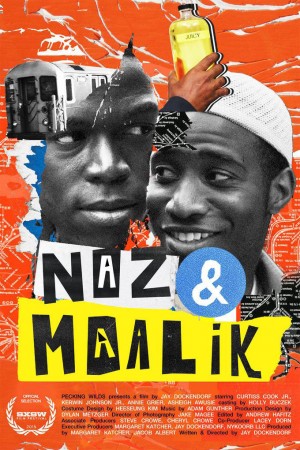 A man on the street tries to sell them a gun that interests Maalik who tries to get the guy to bring the price down. They decide to just walk away and not buy the gun. But unbeknownst to them the gun seller was an FBI agent (Bradley Brian Custer) who, along with his partner Sarah Mickell (Annie Grier), start after the young men. But It’s Mickell who takes more of an interest, she corners them separately and questions them on where they were the night before, and while Maalik tells her that he was with Naz, it’s Naz who lies and tells her he was at another friends house as to not give Mickell an idea that him and Maalik are in a relationship. But the young men just want to be left alone, and to complete their day’s mission of getting a chicken to kill for Maalik’s mom’s birthday.

Inspired by true events, Naz & Maalik poignantly tells what it’s like being an outsider within your own community, a community that has been under constant surveillance since 9/11. And at it’s center is a well-acted film by it’s two lead stars. Writer and Director Jay Dockendorf interviewed Muslims, including closeted gays, to get a realistic point of view. It’s an impressive first feature from Dockendorf. 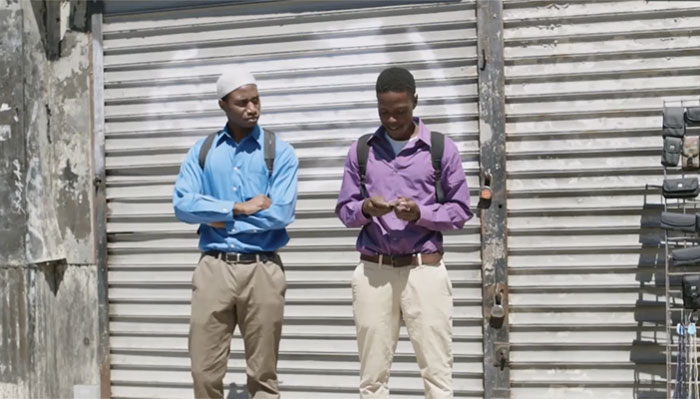