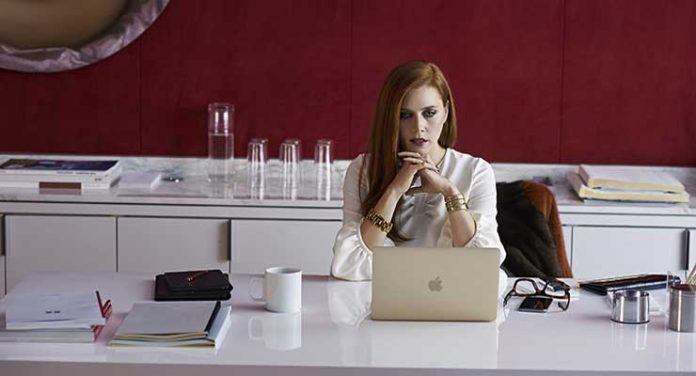 Using the now well-worn device of a story-within-a story (think Bradley Cooper in The Words), Nocturnal Animals finds Susan Morrow (Amy Adams), an LA art gallery owner, receiving a new novel written by ex-husband Edward Sheffield (Jake Gyllenhaal). The book’s title refers to Edward’s nickname for her. Sheffield will be visiting LA soon and issues Susan a dinner invitation. Susan’s marriage to her wealthy and philandering husband Hutton (Army Hammer) is on the rocks so she picks up Edward’s novel and begins reading it.

The novel is a tale of love and loss. Tony Hastings (also Gyllenhaal) is driving with his wife Laura (Isla Fisher) and daughter India (Ellie Bamber) through the Texas badlands when they are attacked by three men, Ray Marcus (Aaron Taylor-Johnson), Lou (Karl Glusman), and Turk (Robert Aramayo). Laura and India are kidnapped, brutally raped, and murdered. Detective Bobby Andes (Michael Shannon) who has terminal lung cancer launches an investigation into this terrible crime. A year later, Detective Andes, nearing the end of his police career, calls Tony and tells him that Lou has been apprehended. Tony comes to the station and identifies him but there is insufficient evidence to keep him in jail. Turk is killed during a bank robbery, and justice is finally served on Lou and Ray but at the cost of Tony’s life.

Susan is overwhelmed by the power and darkness of this novel and retraces the story of her marriage to Edward that was strongly opposed by her mother, Anne Sutton (Laura Linney). Her betrayal of their relationship, her adultery and her subsequent marriage to Hutton is more than repaid at the film’s sardonic conclusion. 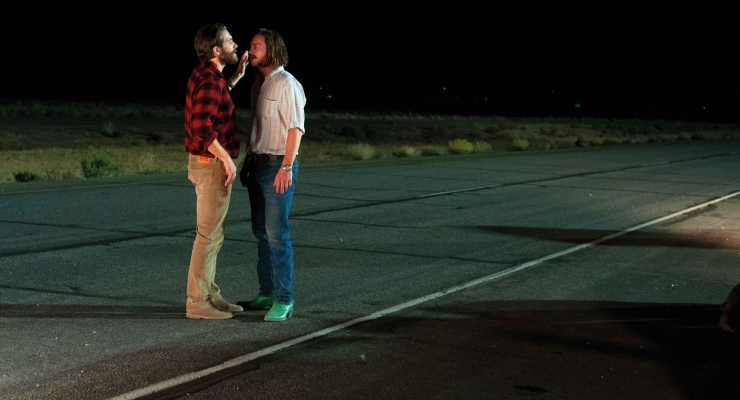 Writer/director/producer Tom Ford (A Single Man), better known for his successful fashion line, has scored highly again on this, only his second film. Weaving two storylines together, one “real” and the other “fictional” is a tricky business but Ford manages to pull it off with aplomb. The result is a taut thriller tucked inside of a tale of revenge, a veritable dish best served cold. Amy Adams (Arrival) demonstrates her thorough mastery of a character that becomes progressively less sympathetic as the film rolls on, while Jake Gyllenhaal plays both sides of the real/fictional fence with precision and conviction. Special kudos go to the hyper-talented Michael Shannon who is finally getting the recognition that he so richly deserves.

The West Texas setting seems to have become the new darling of recent neo-noir thrillers like Hell or High Water, Bernie or Kill or Be Killed, to name but a few. The wide-open dusty spaces of the Texas landscape (actually filmed in California) get excellent coverage by Seamus McGarvey’s camera crew. The very natural-looking 35 mm negative was mastered in 2K and the close-ups of Adams’s luminous face are drop-dead gorgeous. Nocturnal Animals received numerous film organization nominations, including one from the Oscar committee to Michael Shannon for best supporting actor. Tom Ford seems to have a developed great sensibility for the world of cinema and will surely continue to generate little masterpieces like Nocturnal Animals, now available for viewing on various VOD services including VUDU and Amazon Video as well as the Blu-ray home video format.