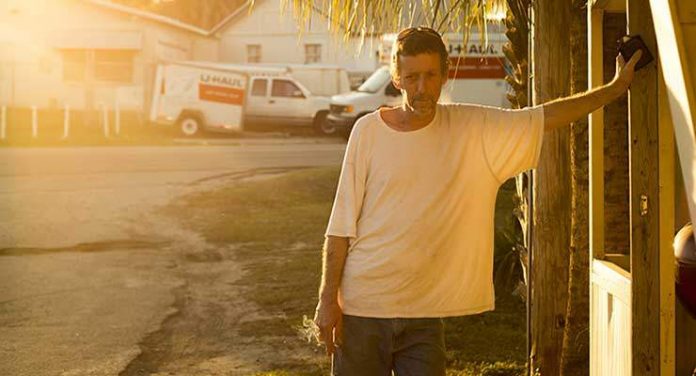 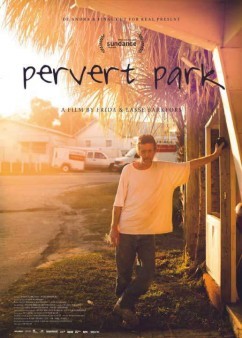 The United States criminal justice system as played out in each state has been particularly harsh on convicted sex offenders. Law prohibits such individuals from living within 1000 feet of locations that are likely to be visited by children such as churches, schools, and playgrounds. The Florida Justice Transitions is a trailer park AKA “Pervert Park” intended for 120 sex offenders and was founded by a mother of a convicted sex offender who was released from prison without a place to live.

This 2014 Swedish documentary was written and directed by husband and

wife, Lasse and Frida Barkfors. Most of this film consists of interviews with park residents, Bill, Jamie, Tracy, and Patrick as well Don, a therapist who worked with some of their victims. Their personal stories vary, as do their individual methods of coping with their current situations. We find out that residence in this trailer park lasts as long as the individuals’ probation period and each is required to have two years of counseling. The film presents the struggles that each character faces and the crimes they committed that led to their conviction and imprisonment.

In the words of the directors, “these are the people that no one wants to live amongst. These are the neighbors we wish away…If we hope to curb the cycle and culture of sexual violence, is there value in exploring the lives of sex offenders, regardless of how heartbreaking and difficult it might be?” Counselor Don Sweeney opines, “they have to really be retrained and change the way they live and think about their own histories and addiction issues. All we want to do is punish, castrate them. I’m a counselor; I believe in doing what will help, not hurt.”

This is not an easy film to watch as the subject is frequently quite sordid and the main characters occasionally get emotional when discussing how they became the people that they now are. A common theme 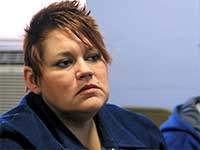 that is discussed is personal histories of victimization through childhood sexual abuse and how it changed their lives and their own sexual proclivities. But in the end, this film is really more about how those interviewed have traveled their own voyages of enlightenment and potential redemption. The Barkfors had to search high and low to get funding, after their original visit to the trailer park in 2010, not only due to the film’s subject, but also because they were first-time filmmakers. Finally, in 2013, the Danish production company Final Cut for Real came through with the requisite funds to get the Pervert Park project launched. This film received numerous accolades following its initial release including a Special Jury Prize at the 2015 Sundance Film Festival. I must commend the writer/director Barkfors for tackling a subject that is usually considered to be taboo and their ability to draw out some strikingly articulate conversations from the film’s characters. With the sex offender population dramatically increasing in the US (23% over the past five years) this becomes an important documentary for all of us to see.

Pervert Park will premiere in NYC at IFP’s Made in NY Media Centre May 20, 2016.