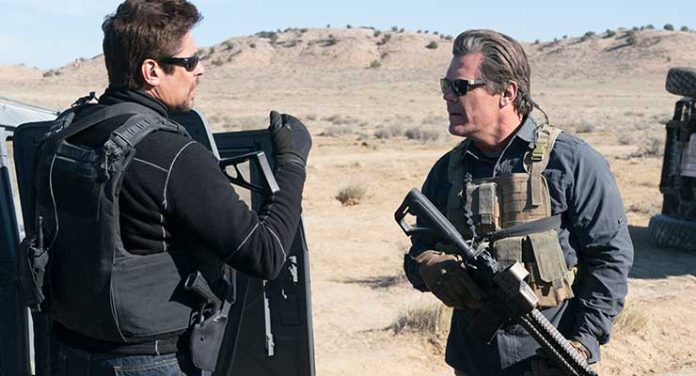 After an ISIS terrorist blows himself up on the US-Mexico border and three suicide bombers next blow up a Kansas City supermarket, Department of Defense Secretary James Riley (Matthew Modine) vows to take the fight back to those who enabled this attack.  Agent Graver connects the dots to an international cargo ship that traveled from the Middle East to Mexico where it is thought that a local drug cartel enabled the terrorists to gain access to the United States. Matt gets the green light from his supervisor Cynthia Foards (Catherine Keener) to recruit Gillick,  assemble a small assault team, and go after the suspected cartel leader Reyes. Their strategy seems simple: start a cartel war in Mexico by assassinating Reyes’s personal attorney,  abducting his teenage daughter Isabel (Isabela Moner) and making these crimes look like the work of the rival Matamoros cartel.

At first everything goes according to plan but what ensues is a very complex and ultraviolent series of events jump started by Graver’s plan to drop little Isabel off in enemy territory and then put Reyes in harm’s way when he tries to get her back.  But even the best-laid plans can go awry. En route to the hostage drop point, a squad of crooked Mexican federales attacks the convoy. During the brief skirmish that kills all the crooked cops, Isabel runs away, and Gillick volunteers to bring her back. Agent Foards has now been informed that the Kansas City terrorists were actually American citizens and the ubiquitous television images of the dead Mexican policemen have thoroughly spooked POTUS.  She orders Graver to abort the mission and to “eliminate” both Gillick and Isabel. 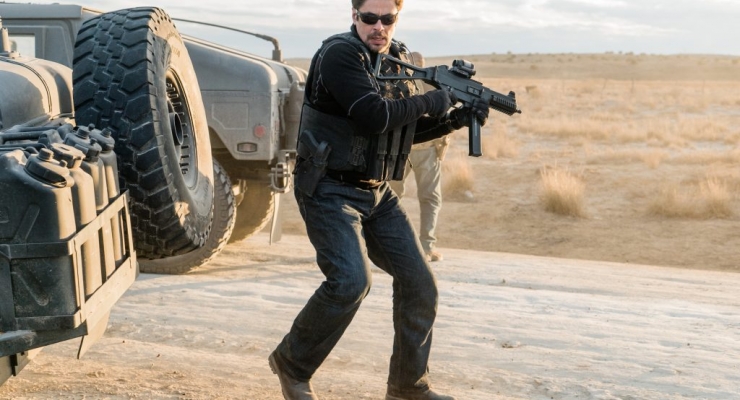 The crux of Sicario: Day of the Soldado involves the personal relationship that develops between Gillick and Isabel, as he attempts to find the terrified girl a safe haven in the United States. However, illegal border crossing is fraught with unanticipated dangers while Graver and company are determined to ensure that this pair of escapees is never found. More than a few subsequent plot twists will keep the audience off-balance up to the end credits.

What made the original Sicario successful was its well-defined storyline and take-no-prisoners action. This sequel has much more gray in its palette and a more chaotic plot that illustrates what can happen when all the contingencies of a covert operation are not adequately anticipated. The contrasting personalities of the characters portrayed by Brolin and del Toro created the dramatic tension that drove Sicario forward. In Sicario: Day of the Soldado, del Toro provides the main interest and his precocious teen costar shows some strong acting chops. While those expecting a literal reboot of the earlier film may be disappointed, I found that this movie dug far deeper below the surface of its subject. As a prime example is a scene in which Gillick meets a deaf campesino and converses with him in the sign language that he learned to communicate with his daughter who was murdered by the Reyes gang. While the linkage of Mexican drug cartels and ISIS terrorists might seem somewhat tenuous, the depiction of the hazards of illegal entry into the United States looks very realistic and quite àpropos considering current events at the Mexico-US border.  At the end, the audience is left with some unfinished business that hints at a possible Sicario 3. If you are not daunted by numerous scenes of  pretty graphic violence, then Sicario: Day of the Soldado will be right up your alley.