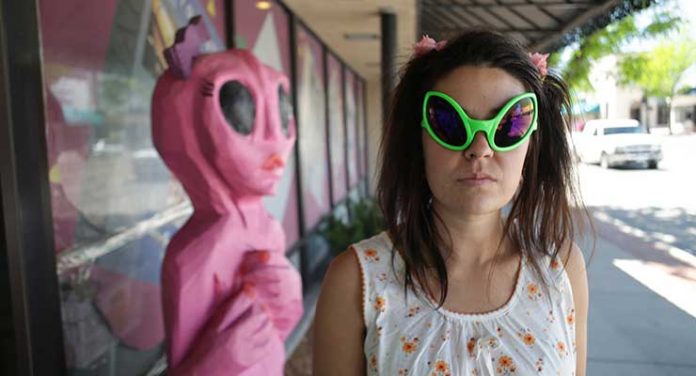 Indie film States from writer/director Zach Gayne starts off throwing the viewers mind off target. We see disheveled American who has obviously partied a bit too much in Mexico trying to find his way back home to Texas, only he has lost his passport and has no cash. Ironically, he has to hire a coyote to smuggle him across the border to the U.S. But the film feels tacky, immature and the low budget doesn’t help its cause. It takes a little time for things to settle down. Only when Gayne begins to move on to the other eccentric characters in the film do we realize he has crafted a prototypical American road film in the vein of a Robert Altman movie or a Jack Kerouac novel, at times with the quirkiness and dry philosophical charm of the best of Atom Egoyan.

We get a struggling actress, Grace Genet (Alex Essoe), studying for a role as a stripper who is trying to make her way to Las Vegas and gets a ride with a hustler trying to make a living as both a cab driver and a tour guide in Los Angeles; there’s a hitchhiking poet (Jeremy O. Harris) who heads from the bright lights of Vegas and hitches a ride with two strange, pseudo-religious women (musical duo Birdcloud who also appear on the soundtrack) out to Utah’s Salt Lake, then another woman looking for aliens in Area 51.

Holding the film together is the fact it becomes clear that each of these disconnected characters is off in America searching for something, be it a way home, inspiration, success, or just a way to make a living – one person in may even be searching for someone in particular to nothing good. And that is the essence of every great American road film – someone goes off to “find America” or to find themselves or something. 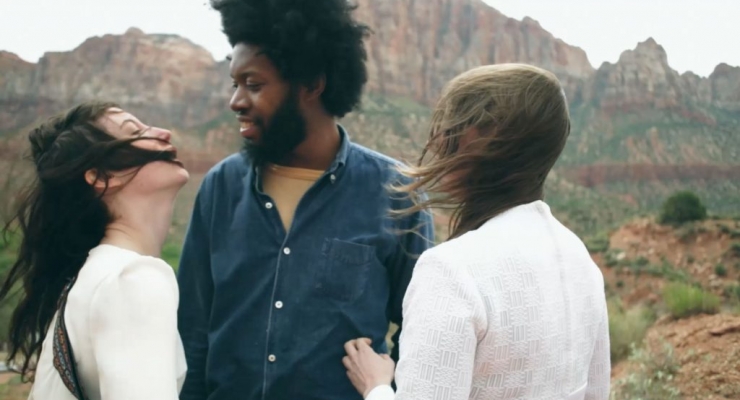 Gayne also crafts a peculiar, conversational screenplay that holds one’s attention. These are folks shooting the breeze the way strangers who just met do. Nothing here sounds contrived, some of the conversations sound like naturally awkward small talk and slowly build toward heavier thoughts on work, religion, and well, if someone ever served aliens.  Gayne’s use of the camera is also quite effective given the budget constraints. He has a keen eye for finding the beauty of his surroundings, whether it’s the desert, the Grand Canyon, or the nighttime streets of Texas. His angles and the documentary-style motion of the camera impart an intimacy to this quirky dramedy.

If you’re looking for something a little different, a sidetrack from the typical Hollywood fare, look no further than this little film.