The Girl on the Train (TheaterByte Movie Review) 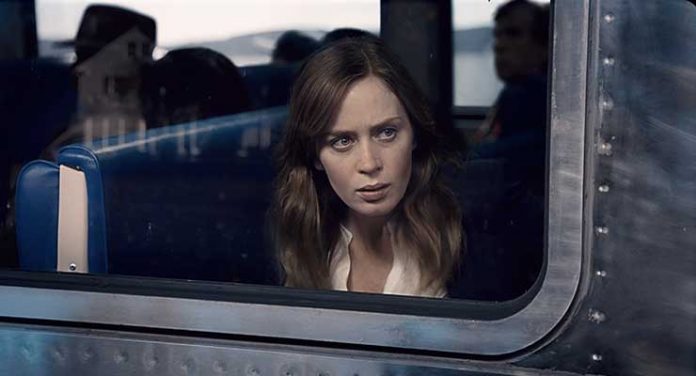 Many have likened divorce to death, the only difference being that both parties survive. This analogy is quite applicable to Rachel Watson (Emily Blunt, The Huntsman: Winter’s War), a depressed divorcée who develops a serious drinking problem after she finds out that she cannot have a child. Rachel divorced her cheating husband Thomas (Justin Theroux, Mulholland Drive) after uncovering his lengthy affair with their real estate agent, Anna Boyd (Rebecca Ferguson, Florence Foster Jenkins), now the mother of his baby daughter Evie. Rachel has been reduced to living in the spare bedroom of her old friend Cathy (Laura Prepon, Orange is the New Black) and, to make matters more pathetic, she spends some of her alimony on daily train rides into Manhattan for a PR job that, we find out, she has not held for a year. Still mourning the loss of her marriage and usually in her cups, Rachel calls Tom’s cell phone multiple times a day.

While drinking heavily on her daily commutes, Rachel sees through the train’s window an apparently perfect loving couple Scott (Luke Evans, High Rise) and Megan Hipwell (Haley Bennett, The Magnificent Seven), Tom and Anna’s neighbors. Megan is hired as Evie’s nanny but abruptly quits ostensibly to pursue a career in an art gallery. Rachel is having frequent blackouts and one in particular proves troublesome: she walks through an underpass and sees a woman in a red jacket before she passes out. When Rachel returns to her “temporary” digs, she is met by Detective Riley (Allison Janney, The West Wing) who is investigating Megan’s sudden disappearance. Husband Scott becomes a suspect and his cause is not helped out by Rachel’s revelation that she saw Megan kissing a strange man who turns out to be psychiatrist Dr. Kamal Abdic (Edgar Ramirez, Hands of Stone). We find out that Megan had been depressed by her unhappy marriage and was receiving much more than psychiatric help from Dr. Abdic. A bit later, a decomposed body in a red jacket is found in the woods, and forensics tests identify it as Megan who was carrying a child that could not have been fathered by Scott or Abdic. Rachel, through the help of the daily sketches that she makes in her personal notebook and her desperate attempt at sobriety, begins to recover her missing memories, and the gradual unraveling of the events that led to Megan’s murder fuels the second act of this neo-noir thriller. 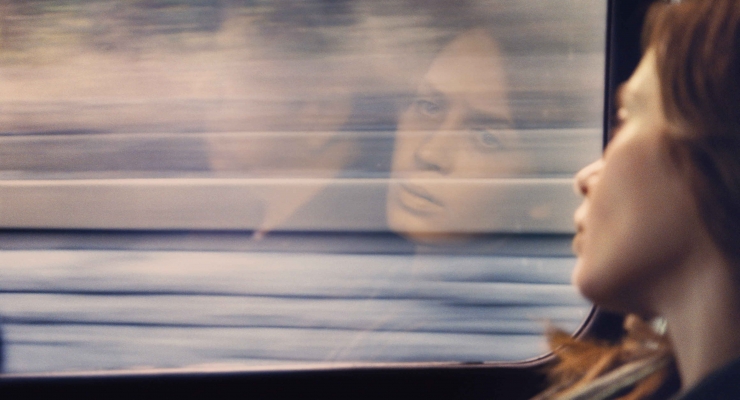 The Girl on the Train examines the very dark side of human nature and the means that people use to deal with the exigencies of every day life. The three female protagonists underscore the struggles of women who subordinate their personal identities to marriage and then attempt to regain them with stratagems that, at the very least, are challenging and very likely to fail. Erin Cressida Wilson (Chloe) has delivered a script quite faithful to Paula Hawkins’s bestselling novel and Tate Taylor (Get On Up) offers nicely paced direction that keeps the viewers on edge until the film’s shocking conclusion. The behind-the-scenes hero of the film is cinematographer Charlotte Bruus Christensen (Far From the Madding Crowd) whose intense close-ups of the characters’ faces express an inner dialogue well beyond what is spoken on the screen. Emily Blunt continues to be one of the most impressive film actors of our times and is ably partnered by colleagues Rebecca Ferguson and Haley Bennett. Gentlemen be warned, this is a film that will make you think more than twice about philandering and its consequences (think Fatal Attraction). Those expecting a Gone Girl type flick will be richly rewarded with a far better film in all respects. The Girl on the Train is now playing in movie theaters nationwide.