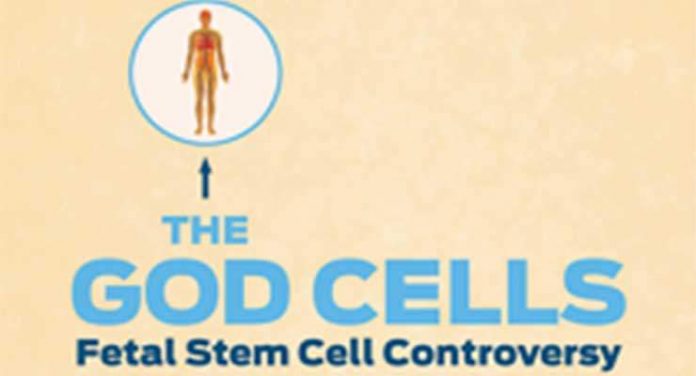 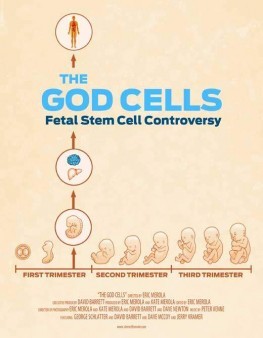 As might be inferred from the title, documentary film director Eric Merola enters the controversial world of fetal stem cell therapy following his other films about medical illnesses and their treatments. As an obstetrician whose professional career has involved both basic and clinical science research, I am quite familiar with this subject and the controversies that it has engendered.

The God Cells works largely through filmed testimonials of patients 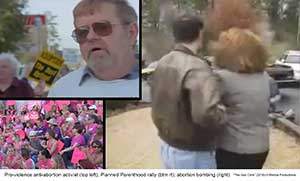 who have been apparently successfully treated for a variety of ailments including Parkinson’s disease, cystic fibrosis, leukemia, and systemic lupus erythematosus. Some of those interviewed include celebrities like television directors George Schlatter (Rowan & Martin’s Laugh-In) and David Barnett (Blue Bloods), the latter also being an executive producer of this film. There are intermittent cutaways to the so-called “science” behind fetal stem cell therapy and the rationale for their use in treating diseases that have  been considered incurable or fatal. Against such a backdrop, interviews are conducted with fetal stem cell startup company CIRM (California Institute for Regenerative Medicine) CEO C. Randall Mills and former TV doc, William Rader, a trained  psychiatrist who later provided patients fetal stem cells imported from the Republic of Georgia and then administered in Mexico. By way of full disclosure, the California State Medical Board took Dr. Rader to task for professional misconduct and revoked his medical license in 2014. In a 2007 television interview (not included here), Rader referred to his stem cell treatments as “This is nature, God’s work,” hence the film’s referential title.

So what is the fuss all about? CEO Mills goes to great lengths to disparage the U.S. Food and Drug Administration (FDA) claiming that it has set a very high bar for approval of any novel therapy. By inference, this situation has driven patients to seek fetal stem cell treatments in other countries. As a matter of fact, therapeutic use of umbilical cord blood cells and selected adult stem cells has been around for quite a while, but this film contends that, while these are approved treatment modalities, such stem cells cannot address the disorders that are highlighted here. A further argument that this film poses for getting fetal stem cell therapy into the medical market place is that any failure of FDA approval is actually a vicious plot by big Pharma since it provides the FDA with financial support and successful treatments with fetal stem cells would render a lot of currently prescribed (and expensive) drugs obsolete, costing the drug companies billions of dollars in lost revenue.

Putting on my scientific hat, the principles that underlie the discovery, development, and eventual introduction of new therapies require the establishment of their efficacy and safety. The classic model for satisfying these requirements is a well-designed and sufficiently powered randomized controlled clinical trial. Such an approach is pooh-poohed by some of the non-scientists interviewed such as Schlatter who believe that their personal experiences with fetal stem cells are sufficient evidence to convince the viewing public that such clinical trials should be sidestepped to make this treatment legally available to more patients in this country. Consider this film to be more of an “infomercial”

than an objective effort to establish the case for fetal stem cell treatments. There is precious little discussion of how or why it should work for the various disorders presented, its actual effectiveness, safety, or cost. In fact,  scientific data exist that suggest such treatment for Parkinson’s disease is still in the clinical research phase and not ready for prime time.  I was also troubled by the end credit images of the director and his family in their recliners while apparently receiving stem cells for uncertain indications.  Obviously off-putting for some viewers will be the fact that the stem cells used in treatments are harvested from electively aborted fetuses, currently a very hot button topic in the United States after Planned Parenthood was falsely accused in 2015 of selling fetal parts to research groups.* To fan such flames further are remarks by one of the interviewees whose son had received fetal stem cells that imply it is not wrong to use such cells since “they were going to be thrown out anyway.” I am certain that when this film opens in New York on June 3, 2016  it will evoke considerable public response on both sides of  the fetal stem cell therapy issue. As for the present, The God Cells lacks the requisite scientific objectivity and hard evidence to accept its basic premise and, even more disturbing, could possibly deter patients from seeking established medical treatments for their illnesses.

*(Editor’s note: The claims against Planned Parenthood selling fetal body parts have been debunked by multiple sources such as Snopes and other fact checkers and a Texas grand jury cleared the organization of wrongdoing while indicting two activists involved in videotaping and editing the undercover video in question that purports to show a Planned Parenthood staff member talking about selling fetal parts.)