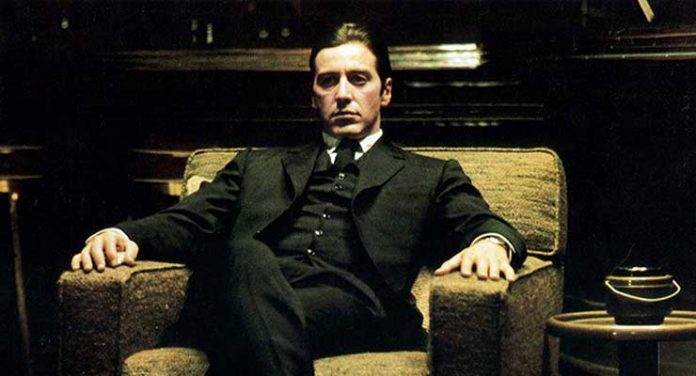 The second part of the trilogy, The Godfather: Part II is set 7 years after the first movie and revolves around Michael Corleone’s effort to transition his family’s underworld enterprises into legitimate, legal businesses while new enemies, which put the family under threat, appear.

The film consists of three subplots:

As far as I am concerned, I think part of the movie was a bit disappointing, in the sense that I had sort of high expectations, at least to what reviews I have read. I believe that the events the narrative present are convincing and to the point, but I still felt like it cannot be compared with the original Godfather because the storyline was not as engaging. The original, in my opinion, is close to perfection, but in this one, the present sequence is just something decent. What really elevates the movie are the scenes set in the past, Vito’s storyline, even the flashback at the table when Michael was not a part of the business and generally the emotion of nostalgia, which combines all the way through to the present through flashbacks and makes the movie feel almost sentimental.

Michael Corleone (Al Pacino) is now the protagonist of the movie and the official leader of Corleone family. He appears to have completely adjusted to the role of the patriarch of the mafia while trying to clear the name of the family. However, it seems that he is still haunted by his previous life and the memories of the past with his father.

Michael’s brother Fredo (John Cazale) proves to play a more decisive role than anyone could think of, while Kay Corleone (Diane Keatona) appears even more trapped in a life that has nothing to do with what Michael promised her years ago. Some new businessmen that were not introduced previously, Hyman Roth and Frank Pentangeli, are the characters on which the protagonist focuses while trying to understand their motives.

Acting remains the ace of The Godfather: Part II. In the first film, the viewer cannot help but praise Al Pacino’s amazing performance. Pacino is great, still, the iconic performance that Robert De Niro delivers as young Vito shouldn’t be overlooked. When I searched the cast of the movie beforehand little did I know De Niro would actually play such a demanding role and he was really exceptional if we take into consideration that he learned Sicilian for the role. The way he talks and acts looks so close to Marlon Brando’s version and it presented a dark part of Don Corleone in a very convincing way.

Francis Ford Coppola did a superb job in terms of transferring the viewer from the narrative present back to the atmosphere of the past and back again. Present sequences are mostly dominated by dark photography with a change of location, as part of the film is set in Cuba, and some rare cases of warm tones. Warm tones and brown color especially are used and linked to the past sequences and make the scenes look even more vintage.

I just wanted to say I mentioned that the ending was very abrupt and I felt like I wanted something more, still I enjoyed this feeling of mystery that invites the viewer to guess what is going to happen in the next film.