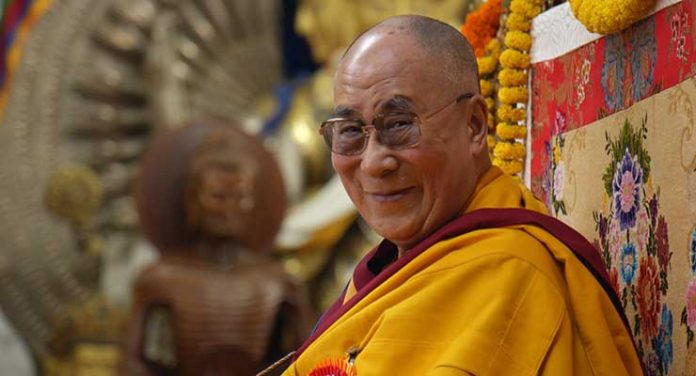 “So long space remains, so long sentient beings remain, so long-suffering remains, I will remain. In order to serve, that is the real purpose of our life.” The Last Dalai Lama? opens with his holiness’s philosophic statement and segues to an 80th birthday celebration at the Jacob Javits Center in New York. Director Mickey Lemle provides a long-awaited follow-up documentary to his well-received 1992 film Compassion in Exile: The Story of The 14th Dalai Lama that covered the nearly quarter of a century that this iconic religious leader has spent in exile from his native Tibet.

Underscoring the narrative of this update on the 14th Dalai Lama is the lengthy occupation of Tibet by the Chinese government that wanted to acquire the mineral wealth and water sources of this large country. At that time, a teen-aged Dalai Lama tried to strike a deal with Chairman Mao but shortly found out that there would be no deal, only imprisonment for dissenters like his personal physician and chant master as recalled by Tenzin Choegyal, the Dalai Lama’s nephew.

Traveling back in time with the help of archival footage the Dalai Lama’s more than half-century odyssey is filled in by his own comments and those of family and associates. At least in modern times, the Dalai Lama’s exile is the longest ever recorded for a religious leader and, by degrees, we get to know this holy man who may be the last of his line. Using sequences from Lemle’ previous documentary, the dimensions of a remarkable human being come into view. His interviews are one-on-one sessions that probe the nature of human existence and emotions, the reconciliation of faith and science, and, as is revealed by a visit to a British Columbia class of ten-year-olds, a remarkable ability to connect with all kinds of people.

There are intermittent incursions into the mind-body connections that are at the core of the Dalai Lama’s beliefs and teachings. In spite of his age, his holiness is not only very alert but also insightful, as he disseminates the essence of his beliefs to his eager and grateful audiences. Viewers will quickly appreciate a rare human being who is a great communicator yet in spite of his international fame and large following is humble and unassuming. 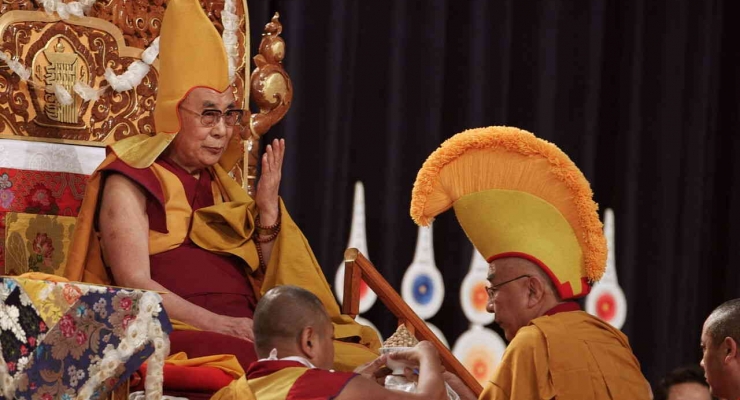 Writer/director Mickey Lemle has taken on the plight of this man as a personal crusade, and to this end, has become Chairman of the Board of the Tibet Fund. Leveraging his four decades of experience in making documentaries that have garnered numerous film festival awards,  this current one incorporates a brief but insightful tutorial on Buddhism and the role of its Tibetan spiritual leader. Sadly, a number of those interviewed strongly believe that the Chinese government will insert a reincarnation of the next Dalai Lama of its own choosing, effectively ending the Tibetan line. Bolstering the significant impact of this film is a moving score by famed composer Phillip Glass and colleague Tenzin Choegyal. Finally, former President George W. Bush gives his take on the Dalai Lama and his meeting with this spiritual leader during the Congressional Medal of Honor ceremony, a precedent-setting occasion in US history.

The Last Dalai Lama? is a remarkable film that commands our attention from opening titles to end credits and a self-recommending one that all should see. The Last Dalai Lama? opened at the IFC Center in New York on July 28, 2017 and will open in Los Angeles at the Laemmle Monica Film Center on August 11, 2017 before getting its national release.