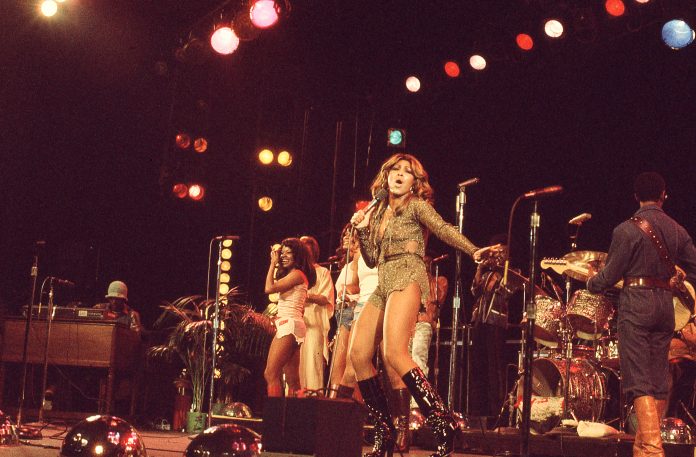 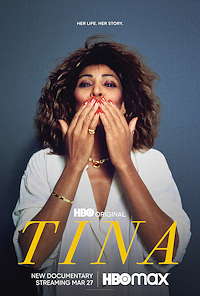 The award-winning directors Daniel Lindsay and T.J. Martin (Undefeated, Oscar – Best Documentary Feature) team up for this HBO Original documentary about musical icon Tina Turner. TINA traces the life and career of the singer and performer over the course of its 117 minutes. Lindsay and Martin intersperse a 2019 interview session with Ms. Turner from her home in Zurich, Switzerland with the telling of her story through a three-part arc that begins with her time with Ike Turner, her musical genius yet abusive husband that seized on her obvious talents as his ticket to success. It moves on to the mid-1970s when Tina Turner fled the toxic, abusive relationship with Ike and was out on her own, pretty much penniless, and taking what work she could. She worked Vegas, she made TV guest appearances, she collaborated with Olivia Newton John. Finally, it moves on to her 1980’s “comeback,” that Tina Turner says she never considered a comeback because she had never really made it on her own free of Ike before. The struggle to get record labels to take her seriously in her own right, one Capitol Records executive going as far as to tell the A&R man ready to sign her “you want us to sign that old n*****?” But the rest is history as they say, and after a move to England where Ms. Turner’s race, gender, age, and now more rock/pop-oriented sound were less of a hindrance than in the United States.

Much of the material traced in this documentary may be retread for anyone who read the autobiography I, Tina, co-penned by Kurt Loder, who also makes an appearance in this documentary, but to have it all laid out here with some new bits of information is still quite fascinating. And Turner is not reticent to share some of the most intimate details of her life or her distaste for having to constantly speak about and answer questions about Ike Turner.

If there is a lapse in TINA it is that we are not really given any details about what has been going on with Ms. Turner between her retirement from public life and now. The film ends with her much-publicized trip back to the United States in 2019 for the first time in many years for the opening of the Tina Turner: The Musical Broadway show. We know she has had health issues that have kept her out of the limelight, off the stage, and out of the business.

That criticism aside, this documentary is a fascinating look at this musical icon that spares no truth and directors Lindsay and Martin keep it interesting with excellent archival footage of performances and a number of interviews current and archival from acquaintances and others, such as Angela Bassett and the aforementioned Kurt Loder. For Tina Turner fans this is definitely an A+ documentary you will not want to miss when airs.