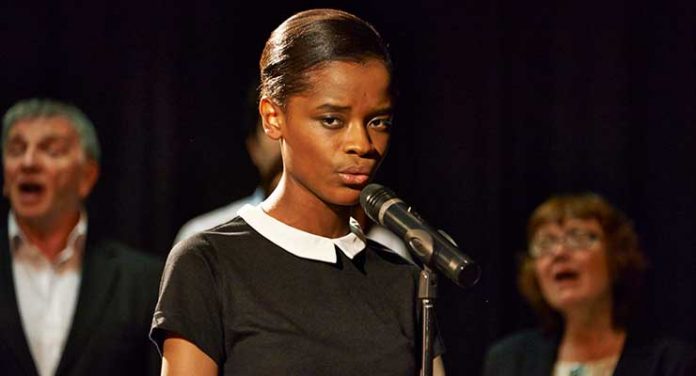 Scottish film director Michael Caton-Jones takes his audience to an impoverished neighborhood of 2011 London where riots and looting are in full swing. Kate Linton (Shirley Henderson) makes a major career change and signs up as a social worker at a home for wayward and/or abandoned youths. Fellow worker Fiona (Caroline O’Neill) shows her the ropes and rules of her new workplace. Kate’s husband David (Steven Mackintosh) thinks that she is wasting her time with these incorrigible young people.

Jamie Harrison (Letitia Wright) is one of the charges of this “alpha house” and her possessive pal Leanne Dixon (Isabella Laughland) gets her into continual trouble with the law. Jamie is nearing 18 an age at which she will have to leave the “home” and make her own way. After Kate hears Jamie singing to one of her late mother’s pop records, she decides to take on the young woman’s cause as a personal mission.

Jamie is arrested on a drunk and disorderly charge and Kate comes to her rescue. Kate shares the backstory of her son’s murder by two young men who tried to steal his phone. Jamie opens up about her drug addict mother who abandoned her and then died from an overdose. Kate’s coping mechanisms are runs along the river to her son’s headstone, and singing in a community choir. Challenged by the difficulties in getting Jamie to realize her potential, Kate introduces her to music director Michael (Matthew Steer) who immediately makes her a choir member. Suddenly there is a ray of hope for this troubled young woman and music may be the path to her redemption and a new, better life. 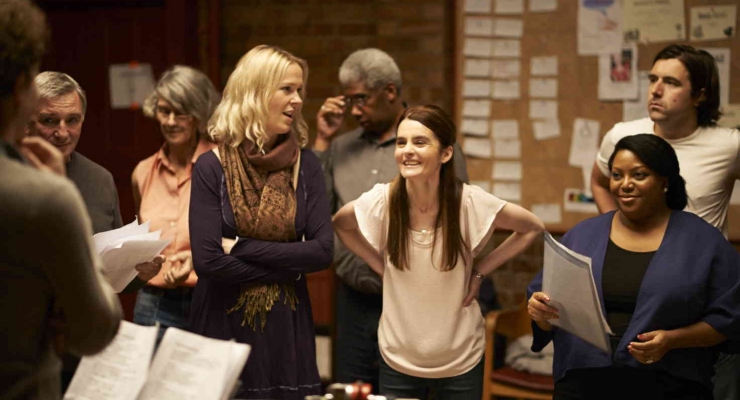 After a public concert with the choir, Jamie gets introduced to professional musician Charlie (Shaun Parkes) who encourages her to audition for the Access to Music Academy. There are more bumps in the road and Jamie must choose between a possible bright future or continuing the dead-end existence that had gotten her jailed for assault and battery. But the silver lining is that, while in prison, she learns how to play the guitar and write music. If the ending is a tear-jerker it is also an affirmation that a life well lived can lead to another life filled with great promise.

Urban Hymn is small-scale film that probes the trials and tribulations of troubled youths that society has pretty much written off. In the end this is a love story between an older woman with a broken heart and a younger woman who has been given a second chance. There is genius at the core of this film that comes by way of the Moorcroft-Jones collaboration, taking the small stuff of life and making it seem important. The leads, Henderson (whom I first saw two decades ago in Topsy-Turvy) and Wright (My Brother the Devil), are simply superb and create unforgettable characters with undeniable personal chemistry. This film made the rounds of several cinema festivals and took home a number of well-deserved awards. Highly recommended.