Valerian and the City of a Thousand Planets (TheaterByte Movie Review) 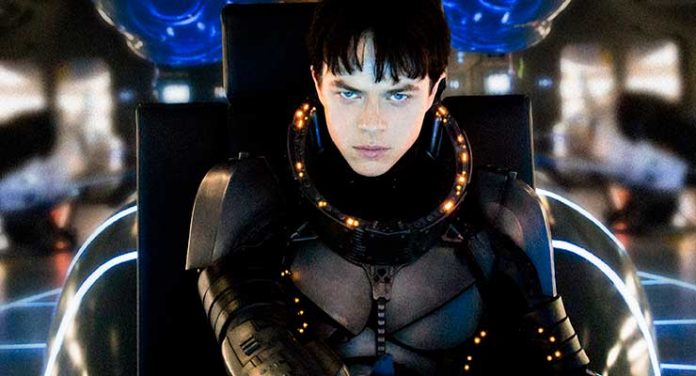 Renowned French film director Luc Besson (The Fifth Element) as a youth became obsessed by the Valérian et Laureline sci-fi graphic novels and finally got the opportunity, albeit at great expense, to put these characters on the big screen. To cover Besson’s huge bets, he engaged frequent collaborator Thierry Arbogast to create the cinematography, and decorated film composer Alexandre Desplat to write the original score.

Set in the 28th century, space hero Major Valerian (Dane DeHaan) and his sidekick Sergeant Laureline (Cara Delevingne) are assigned to recover a Mul converter from a virtual reality world located on the planet Kyrian. The Mul converter turns out to be an adorable little CGI-lizard that pops pearls out of its butt that used to provide energy to the now-extinct planet of Mul, the former home to tall albinoesque creatures with a passing resemblance to Avatar’s Nav’i, minus the tails, scales, and hair.

After dodging a huge metal-eating monster unleashed by master criminal, Igon Sirus (Laurent Ferraro), Valerian and Laureline successfully bring back the converter to Alpha, the deep space city of “a thousand planets,” and report to Commander Arün Filitt (Clive Owen) who immediately cooks up another mission. A core area of Alpha has been inexplicably turned into a radioactive zone and without reclaiming it, the city will run out of life-sustaining energy in a matter of weeks. Before the intrepid pair can begin their reconnaissance, a squad of Mulis that escaped the destruction of their planet invades Alpha’s headquarters. The Mulis kidnap the Commander, and officer-in-charge General Okto Bar (Sam Spruell) changes Valerian’s mission to a rescue effort and we are off to the races. 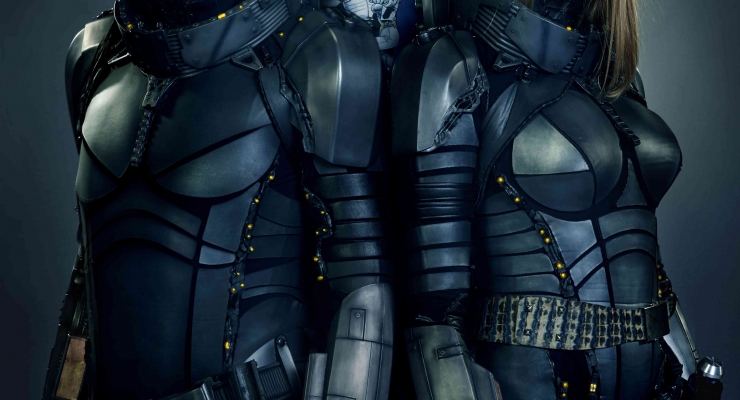 The rest of the film is mostly a continual series of death-defying adventures, as Valerian and Laureline save each other’s lives while encountering some pretty interesting aliens along the way. From the film’s opening scenes, there has been a romantic subplot. “Bad boy” Valerian (who chalks up his female conquests to his “playlist”) determines to mend his ways and settle down but his repeated and awkward marriage proposals to Laureline are rejected. Even the least observant viewer can figure out how this will play out (hint: Delevingne wears a tattered wedding gown for the last half of the film).

Intergalactic sci-fi dramas often boil down to an ultimate confrontation of good versus evil, and, this one is no exception. At times a literal and figurative cliffhanger, Valerian and the City of a Thousand Planets takes its audience through a complex and visually stunning futuristic universe. Cameos abound in this one, notably, Rihanna as Bubble the brilliant shape-shifter, Ethan Hawke as Paradise Alley’s Jolly the Pimp, veteran French actor Alain Chabat as Pirate Captain Bob, jazz piano legend Herbie Hancock as the Defense Minister and Rutger Hauer as President of the World State Federation.

I have yet to see a Luc Besson film lacking captivating cinematography. Valerian definitely fills that bill and drops in numerous bits of visual homage to the very successful Fifth Element. Unfortunately, this latest Besson sci-fi entry is a glaring case of style over substance. Forget that neither DeHaan nor Delevingne remotely resemble their graphic novel counterparts nor generate much if any interpersonal chemistry. Also forget that consummate actor Clive Owen is limited to “don’t blink, you’ll miss it” screen time, maybe ten minutes total. Being quite charitable, Besson’s script is a cobbled collection of “I think I’ve seen this before moments,” and most filmgoers will quickly figure this out. Writer/directors as talented as Besson may feel entitled to make the occasional self-indulgent film but with what this one cost, producers may feel entitled to think again about shelling out endless euros for a sequel. Luc Besson fans expecting a Fifth Element reboot will come away as disappointed as I was by the time the end credits rolled.