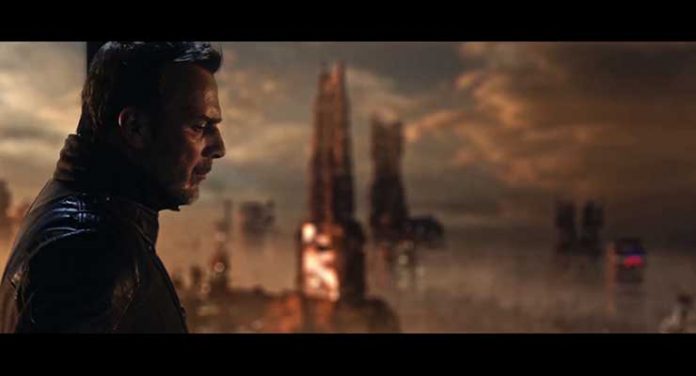 The film starts off with a rousing “Game of Thrones” sword fight in which Nash (Mike Dopud, Halo 4:Forward Unto Dawn) gets the upper hand on his opponents until he suddenly jumps out of this virtual reality sequence or “vrs” and back to his apartment in Neo Paris, France, 2047. During the past three decades a technologic revolution had happened “just not the way people though it would.” The world’s population has been split into the majority known as the “Connected” who are always online and the minority or the “Living” who remain rooted in the real world. Nash is a “Hybrid,” one who is able move in and out of each world at will.

Dina (Jane Badler, V) is an executive with the Synternis Corporation that is invested in several major virtual worlds. She hires Nash, who earns his living as a private investigator/professional assassin, to track down and eliminate the “Necromancers,” terrorists who get inside  “vrses” and randomly kill players still involved in the games. Nash has a personal reason for wanting this assignment: his girlfriend Helena (Audrey Giacomini, Mr. Nobody) was killed by a Necromancer terror cell. 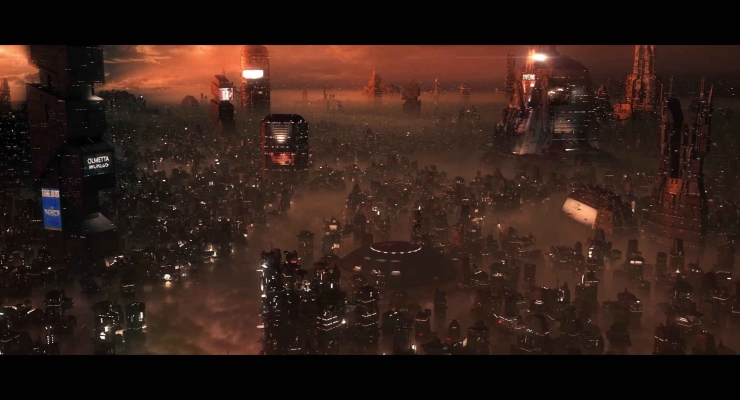 Beginning his search inside the Neo Paris slums, Nash gets a beat down from a burly guy in a trench coat who steals his ID. After limping his way to the apartment of his friend Morel (Maximillien Poullein, The Horde), Nash gets patched up, tracks down and kills his attacker as well as a Necromancer whose avatar he then assumes to enter the game. But things go very wrong when he is captured by Necromancer cell leader Camille (Eli Haddad, Game of Thrones) and barely escapes in time to go offline, exit the vrs and survive.

Interpol now gets involved as inspector Stilson (Jochen Hagele, Un village français) visits Morel whom he suspects to be a cyberhacker that has illegally accessed a police security camera. Matters now become even more complicated as Nash must contend not only with the terrorists, but also with Interpol and his employers if he is to complete his assignment. Nash meets Camylle (Kaya Blocksage, As Above So Below), a Necromancer, who explains the higher purpose of her group’s mission, and he also discovers the real cause of Helena’s death. Nash must now make some difficult decisions: does he join the Necromancer cause or does he press on to complete the Synternis job and enjoy a big payday?

In the futuristic backdrop of this brave new world, there are numerous scenes that recall the sci-fi classic Blade Runner, seasoned with the all the subtlety of Xbox’s Halo game series. Like most of today’s neo-noir films, there is a pervasive darkness occasionally relieved by some pretty violent VR sequences. Duvert’s atmospheric score weaves neatly in and out of the action and cinematographer Cyril Bron (Truffaut Insurrected) mixes real sequences with a surfeit of the CGI effects that are now the norm in films of this genre. Such acting as is actually evident is pretty two-dimensional with Dopud attempting to channel the terse style of Harrison Ford’s iconic blade runner Rick Deckard. But in an action-driven flick, acting and dialogue are often subordinated to the images on the screen that, in Virtual Revolution, are pretty eye-catching. As the film progresses, there are scenes in which the lines between the real and virtual worlds are deliberately blurred. Virtual Revolution is a fast-paced and occasionally thought-provoking film that poses a central question: should we accept life as it actually is or should we opt for a virtual life that fulfills all our fantasies?