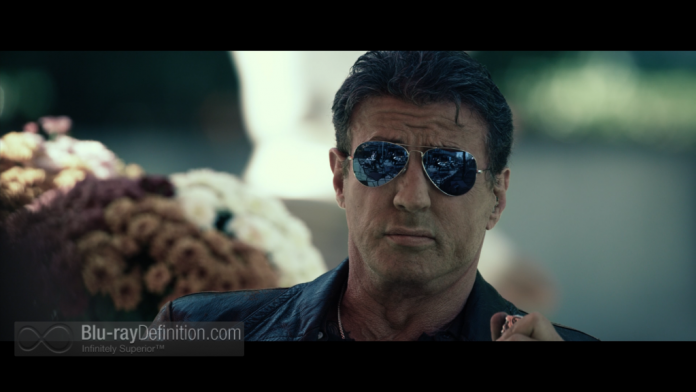 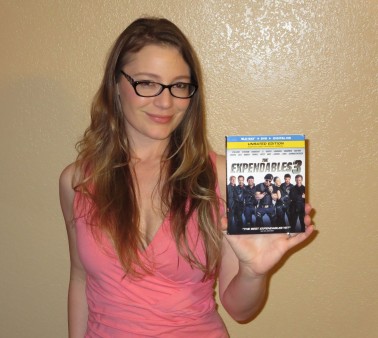 If you’re looking for a star-studded action extravaganza with tons of explosions, one-liners and and a thin plot, then this is the movie for you. Director Peter Hughes created a stand alone movie with The Expendables 3; no need to see the first two, you can jump right in and follow along just fine. For fans of the franchise there is a certain nostalgic appeal in watching your favorite action stars do what they do best.

Barney Ross (Sylvester Stallone, Escape Plan) is back! He’s still the tenderhearted killing machine with morals and a group of macho lackeys willing to follow him to the ends of the Earth. Only this time he ditches his faithful followers in favor of a younger, tougher, and more dispensable team. Barney Ross is tasked with capturing a high-powered arms-dealer who turns out to be none other than ex-expendable Conrad Stonebanks (Mel Gibson, Edge of Darkness). Things go from bad to worse when Stonebanks, who has escaped death once before, decides to come after the Expendables. He wants Barney Ross to pay and the best way to do that is to hurt his team.

“You should see me when I’m angry; you’d be very impressed then very dead,” says Gibson with crazy eyes and exaggerated facial expressions, clearly a throwback to the humor from his Lethal Weapon days. Mel Gibson might be the only male in this cast who flexes his power with dialogue delivery instead of his muscles. I wonder how much of his part was written with him in mind and how much of it was just him? 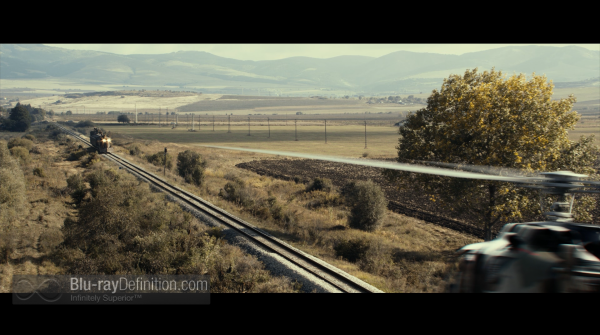 “How hard could it be to just kill ten men?? You think you could just wound a couple?” Thank you Gibson! The audience was wondering the same thing. In a massive gunfight, how do all these trained professionals miss every time? We know it’s Hollywood magic, but we still want to believe in it. Gibson hits his mark every time. His wit and comedic timing are impeccable.

Whether or not you approve of Mel Gibson’s personal life, it’s hard to deny his talent. As the villain, Gibson shines. This is one of his best recent performances (definitely a step up from The Beaver). Gibson doesn’t just skate through this movie, as some of his other colleagues do. He puts the time and effort into creating an engaging character, without relying too heavily on his standard ticks (-ahem- Schwarzenegger).

The old gang of mercenaries is just that – old. Thankfully there are plenty of age-related wisecracks to remind us that this movie knows how to poke some fun at itself. At one point Kelsey Grammer’s character asks Stallone when his last check up was while driving to eyeball new recruits. The two men then proceed to have the kind of conversation you’d hear over coffee at Denny’s during the senior special.

“When was your last check up?”

“High cholesterol, plaque, all that stuff?”

Later when the high tech team of youngsters has been assembled, it becomes even more apparent that the older generation of mercenaries are behind the times. It’s the clash of young versus old. It’s refreshing to finally have a movie address the age issue. Too many action movies starring older men refuse to address the issue and instead expect the audience to ignore the obvious.

The infusion of “new blood” and the endless cameos make for an entertaining movie. MMA fighter Ronda Rousey, professional boxer Victor Ortiz and retired MMA fighter Randy Couture bring a new kind of fire power to the screen. Their professionalism is a surprise that not only adds depth but sizzle. And for that matter, so did Antonio Banderas (Desperado). Who knew he could be such a motor mouth? After watching this I have a new respect for the talents of Banderas.

Jason Statham (Crank) was no slouch either. Representing Stallone’s right hand man, Lee Christmas, Statham was everything fans expect him to be and more. He even cracked a few real smiles, which made me think the boys on set must have had a great time. The chemistry among all of these professional actors was phenomenal. It was hard to tell if anyone was feuding because they all had such a warm rapport. Though with that many stars on set it’s equally as difficult to believe all their egos were in check. 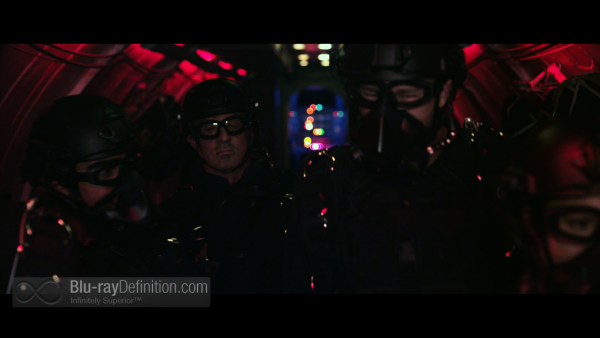 Presented in a 1080p HD transfer in a 2.40:1 aspect ratio, The Expendables 3 dazzles on screen. Bursting with bold details, this action packed film is incredible to watch. Every feature, big and small is intensely magnified; you can practically count the lines on Mel Gibson’s forehead (it’s refreshing to see this kind of realism- good job Mel!). It’s obvious who’s had plastic surgery and who hasn’t. While I can understand why actors go running to the botox doc after seeing their faces magnified in high def, it makes me appreciate those that don’t even more. That’s certainly the harder path to take these days.  The CG effects were noticeable at times, but still enjoyable without detracting from the fantasy of the scene. Teeming with lively colors, deep blacks, well balanced contrast and natural skin tones Expendables 3 was a feast for the eyes. 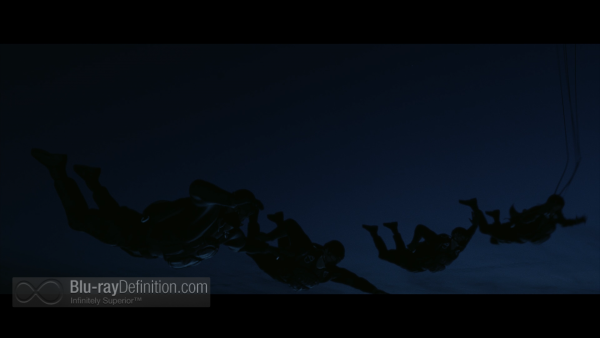 The Expendables 3 is presented in Dolby Atmos (in a Dolby TrueHD 7.1 container for those who are not Atmos equipped) for a stunningly immersive experience. It’s everything you’d expect from a high octane film and more. From the moment the movie begins with men fighting atop a moving train until it crashes in a fiery explosion the sounds go ballistic. With gunfire erupting from several directions, you’ll feel the need to duck and dodge bullets yourself. It doesn’t matter what excessive explosion is going on in the background, you’ll never strain to hear the dialogue. This movie offers incredible range and amazing dynamics with a fully immersive soundtrack. 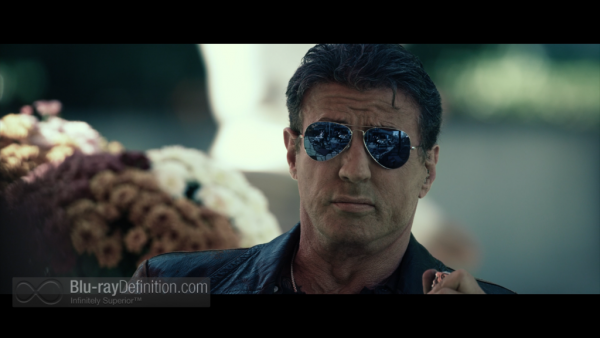 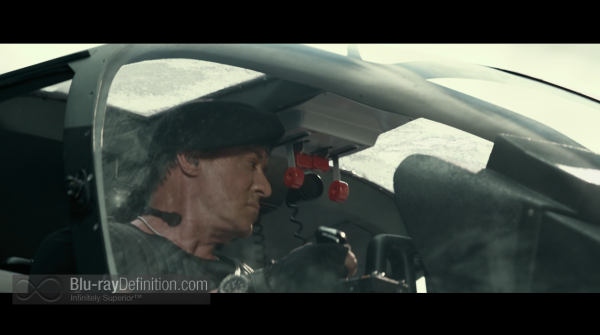 The Expendables 3 offers superb action sequences, gunfights, fancy swordplay and killer one-liners. And if that’s enough to make you happy, then please run out and buy this immediately. But don’t expect this to pass the Bechdel test. This is a testosterone fueled shoot’em up bonanza; it’s essentially the boy’s club. And I enjoyed it. It’s goofy meaningless fun. 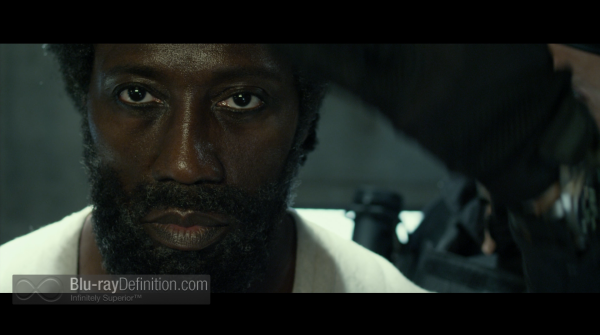 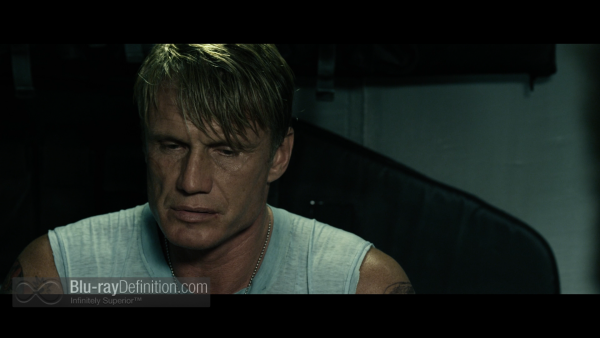 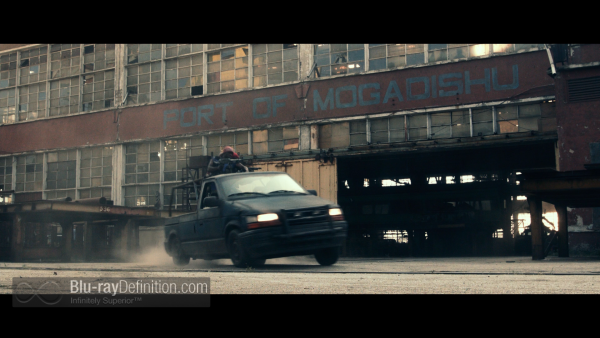 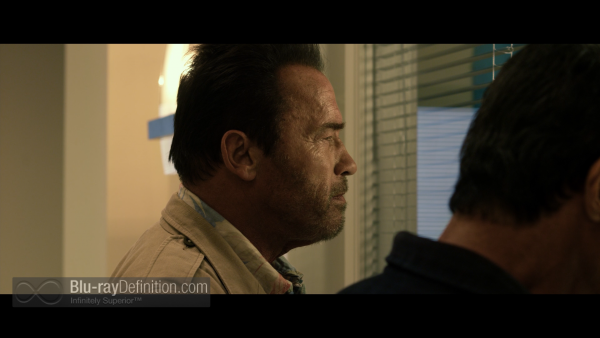 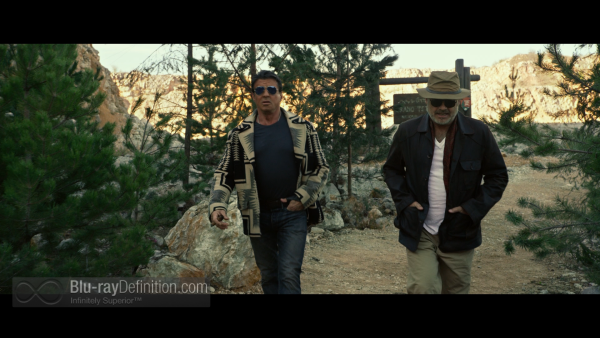 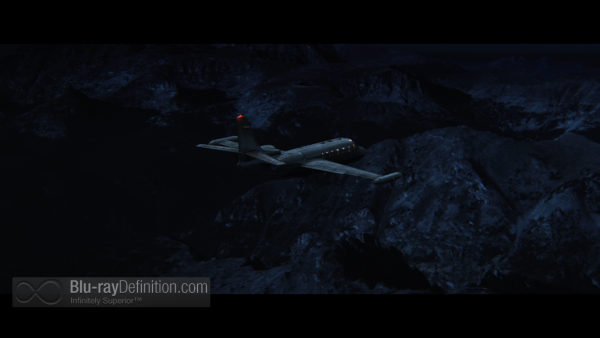 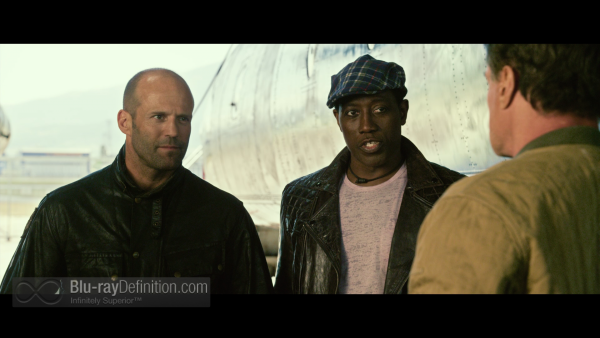