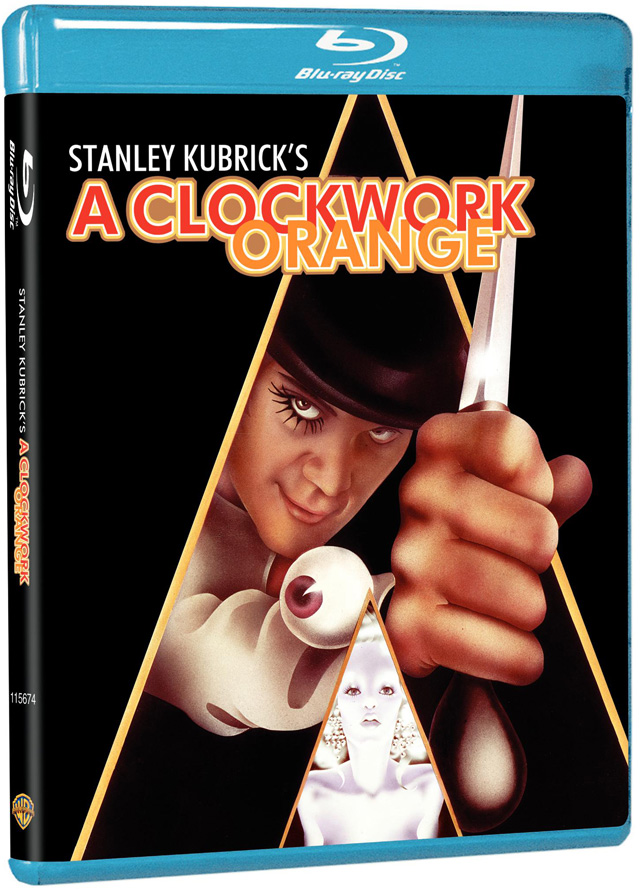 A Clockwork Orange has become famous in the years since its 1971 release for the controversy surrounding it; the copycat killings, the feminist protestations over its scenes of rape and the fact that Kubrick withdrew the film from the British market two years after its release all led to its growing aura and status. Based on the novel by Anthony Burgess, the film is set in a stylized violent future Britain and it follows an angry young man, Alex (Malcolm McDowell), and his gang of “droogs” who speak in a made up form of slang called Nadsat. Alex and his gang have a taste for “ultra-violence” — beating up old drunks on the street, raping women, brawling with each other.

The lead character narrates the film and it draws the viewer in to Alex’s world, making one sympathetic with this debased, violent creature. Kubrick opens the film with no fuss. From the beginning it is an assault on the senses with a shock of plain credits on bright primary colors then, just as suddenly, an extreme close-up on Alex, sneering. “There was me, that is Alex, and my three droogs, that is Pete, Georgie, and Dim, and we sat in the Korova Milkbar trying to make up our rassoodocks what to do with the evening. The Korova milkbar sold milk-plus, milk plus vellocet or synthemesc or drencrom, which is what we were drinking. This would sharpen you up and make you ready for a bit of the old ultra-violence.”

When Alex is caught after a night out with the droogs ends with him killing a woman with a giant phallus in her house he is sent to prison. There he is eventually subject to a new technique that effectively lobotomizes him, causing him to get dreadfully ill whenever he thinks of partaking in the “ultra-violence” he loves so much. He is then cast out into the world to suffer the consequences.

The shock value of A Clockwork Orange is not that it is filled with gratuitous violence or sex, but it is the uneasiness that the film imparts in the viewer. Take the infamous “Singin’ in the Rain” scene, for example. As the droogs break into the home and rape a woman in front of her husband while Alex does his song and dance, cheerfully singing “Singin’ in the Rain,” it is almost comedic. It makes the viewer want to laugh, but then you are confronted with the idea that you are laughing at a brutal act.

That is the brilliance of Kubrick and A Clockwork Orange, however. It is an absolute prognostication of the breakdown of societal boundaries, of law and order. It predates and foreshadows the era of punk and anarchy of the late-70’s and the “me” generation of the 80’s. At the same time, A Clockwork Orange is oddly grounded in its time, yet still remains timeless. Because it infiltrates the inner psyche, the primal instincts in all of us, it breaks free from the bounds of its style and period to become a true work art.

Worth noting is the marvelous performance by Malcolm McDowell. His villain here is probably the best villain he has ever played in his entire career. It is an energetic, angry, yet exuberant performance that he may well have equaled in his long and illustrious career, but most likely never surpassed. 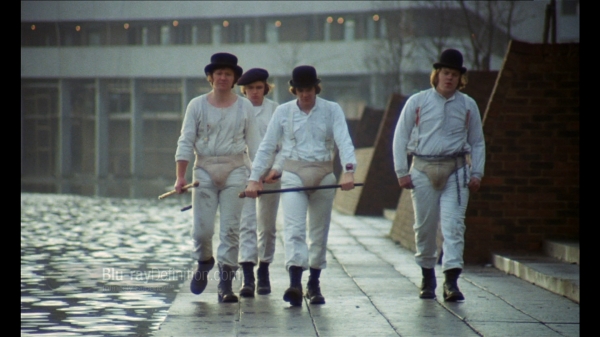 I come to the review of this Blu-ray Disc of A Clockwork Orange from the fortunate and rare position of having seen the film projected at my local Landmark Theatre only two nights ago. It appears on this Blu-ray in its original aspect ratio of 1.66:1 so it will have slight black bars on the sides when viewed on a display with 1:1 pixel mapping.

There was a lot of controversy and mixed reaction to this release when it was released on Blu-ray in October of 2007. I have to say, coming to this release having just seen it well projected from a relatively strong, clean print, that this Blu-ray release from Warner is extremely accurate to the theatrical version. Grain structure is retained, but obviously much cleaner and finer here. The flesh tones and lighting are all accurate to what I saw projected just two nights ago. What this Blu-ray release does do much better is offer much stronger depth of field, with more detail extension into the background.

Although, due to the nature of its production, A Clockwork Orange is never going to look brilliant, this release does well to retain Kubrick’s vision of using only available lighting to light scenes, shooting on high speed film stocks, and juxtapositions of stark and brilliant color palettes. 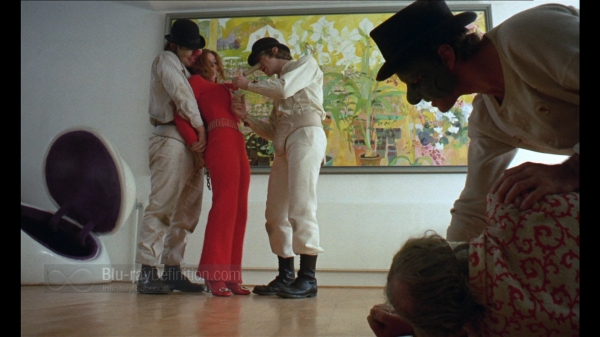 A Clockwork Orange has been brought to Blu-ray Disc with a newly remixed and re-mastered English PCM 5.1 (48kHz/16-bit) soundtrack.  There’s not much thrilling about this dialogue-driven mix. The surround channels are used for some very low-level ambience, dialogue is weighted to the center channel and overall sound is pretty thin. Even the film’s classical soundtrack is barely lent any breadth by the expanded soundstage. Dialogue has far more crackle than what I heard in the theater even though it is less muffled and more intelligible in this mix. 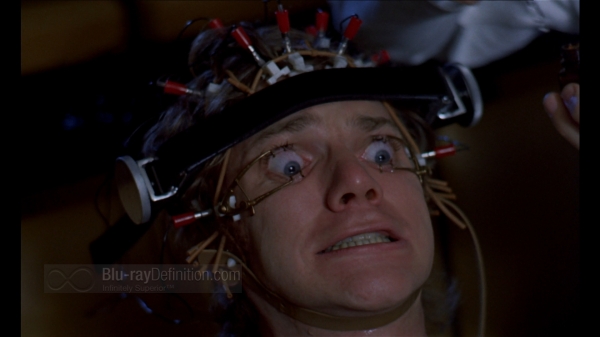 The supplements offered up on this release from Warner are hardly abundant, but what is provided is very detailed and informative and should be of more than passing interest to fans of Stanley Kubrick and Malcolm McDowell. 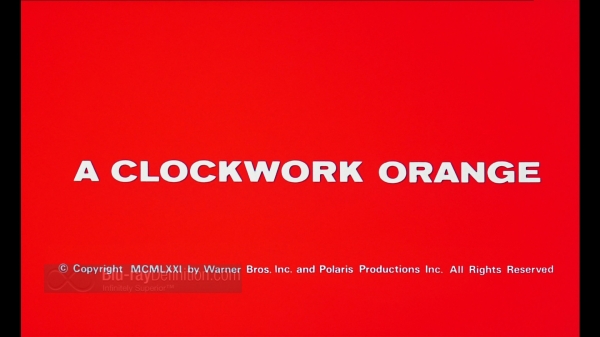 A Clockwork Orange is Stanley Kubrick in one of his most shining moments, no pun intended. Mastering technique, the coldness of emotional distance as well as emotional impact, the filmmaker created a classic film that railed against the constraints of the male, Anglo society. It questioned if there was a place in the world for choosing evil if the opposite of that coin was the complete absence of free will to choose to do wrong. It is futuristic, yet it is pertinent to its own generation and to ours. It is a true classic that should be seen at least once in a lifetime and certainly more times than that.