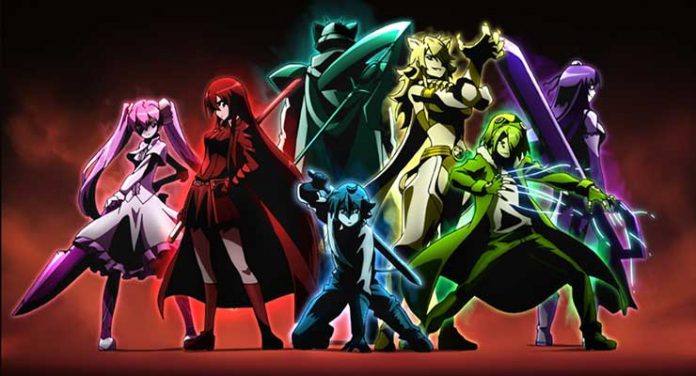 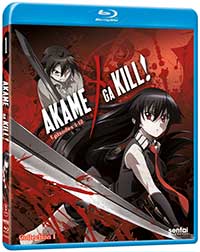 Akame ga Kill! is a brutal series that doesn’t shy away from violence in the slightest, yet it is never overindulgent in this regard. The violence always makes sense and fits in with the story and the fact that the characters and story are engaging keeps it from ever feeling superficial. So does the more than sufficient amount of comic relief in the series. There’s almost an One Piece sense of humor, not necessarily in the look or feel, just in the way the humor comes across. And speaking of the look, this series has a great look about it too. It’s edgy and dark, even if not exactly cutting edge. But the character designs and backgrounds are outstanding, especially the female characters and the many supernatural altercations our heroes in Night Raid find themselves in. This is eye-popping animation.

Apart from some very mild color banding issues, Akame ga Kill! is a strong effort on Blu-ray from Sentai Filmworks. The digital animation, offered up in AVC 1080p, is clean and crisp with rich colors and free from any motion artifacts or aliasing.

Akame ga Kill! comes with the original Japanese-language soundtrack in DTS-HD Master Audio 2.0 stereo and an English dub in DTS-HD Master Audio 5.1. For purists like myself, the Japanese track offers excellent sound even though it is not 5.1, and a superior voice cast that is not has hammy as the English cast. That said, it’s undeniable that the English track has an edge here given the well done 5.1 mix that is balanced and atmospheric and makes good, though not outstanding, use of the surround channels for some solid sound effects.

AkaKill! Theater is the treat here and more comedic in tone. Everything else is just your typical promotional-type material and clean animations.

Akame ga Kill! got my attention and kept it from start to finish. It’s the sort of story where you really want to know what is going to happen to the characters and the often breathtaking graphics, heart-stopping action, and visceral violence make it a winner in this finely done Blu-ray release.