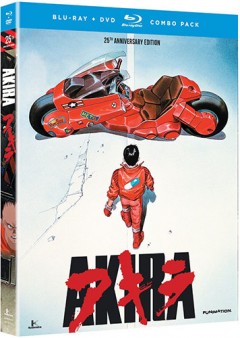 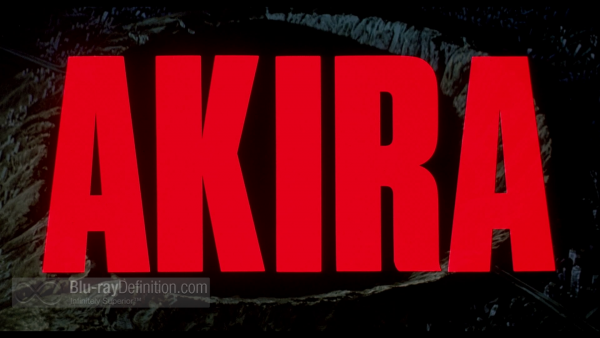 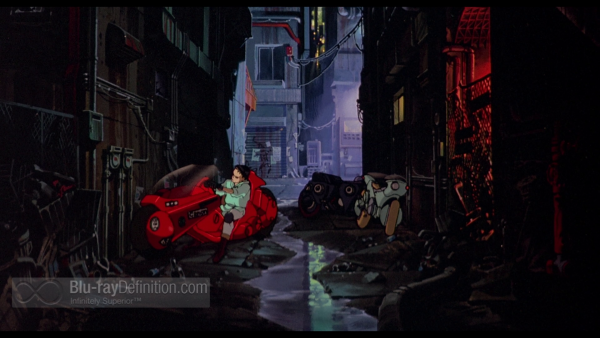 Akira arrives on Blu-ray from FUNimation taken from the same 2001 restoration that was released on Blu-ray in 2009 by Bandai/Honneamise. It appears that the framing has been adjusted somewhat, however, so that the black borders around the sides are no longer there. Colors are also brighter. Apart from that, 1.85:1 framed Blu-ray encoded in AVC/MPEG-4 at 1080p/24 looks just as good as it did before for an anime film now 25-years of age. You’ll notice it doesn’t look too scrubbed clean like Disney’s Cinderella, which also scrubbed away much of the detail and line art, but, rather, it retains a lot of grain and texture. The original cels show some obvious wear in places and black levels fluctuate from deep and inky at times to washed out with high levels of noise, but the level of overall detail in the transfer is strong, colors are bold and the line art is distinct. Colors really leap out at you, especially the primaries like reds. 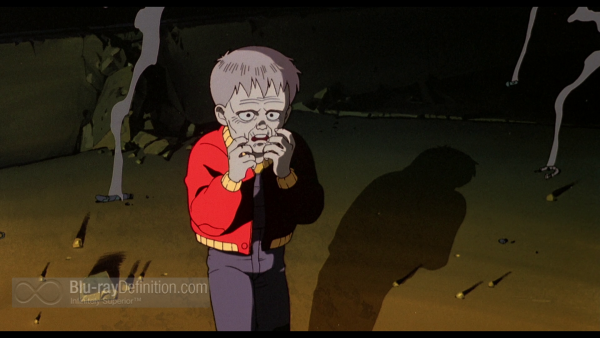 Akira is the first Blu-ray film to be released with a 192kHz/24-bit lossless soundtrack (there have been music-only Blu-ray Audio discs from 2L previously released with 192Khz/24-bit LPCM and lossless 5.1 mixes) and as such it will probably be held up as a reference for a long time to come. As far as I know, there haven’t been any other films released on Blu-ray with a 192/24 surround soundtrack, but I could be wrong (feel free to contact me with a correction if I am).

Akira’s Japanese Dolby TrueHD 5.1 (192kHz/24-bit) soundtrack is an amazing thing to listen to. It’s the same mix that appeared on the Bandai release and was dubbed “hypersonic” sound, by that distributor. It is a relentless balance of sound design fully utilizing the entire 360-degree soundfield and filling it up with discrete effects, tons of ambience and an extremely wide dynamic range. Low frequency extension is quite impressive, with every explosion resounding with great effect and Kaneda’s iconic motorcycle engine — actually a composite of a 1929 Harley-Davidson motorcycle and a jet engine — roars with authority. Even the film’s score gets the aggressive treatment, with instrumentation being placed around the room. Occasionally the sound effects can drown out the dialogue in some of the more aggressive scenes, but the mix is still strong overall.

Where FUNimation steps it up over the previous Bandai release is in providing the 2001 English 5.1 dub mix in Dolby TrueHD 5.1 (96kHz/24-bit) and the original 2.0 English mix in Dolby TrueHD 2.0 (96kHz/24-bit). As before, however, the English 5.1 mix is mild in comparison, and really takes things down a few levels, keeping the sounds more front-heavy, less atmospheric, and less exciting. The 2.0 track sounds fairly boxy and also has some distinctly audible crackle in the dialogue that isn’t as noticeable on the 5.1 track. 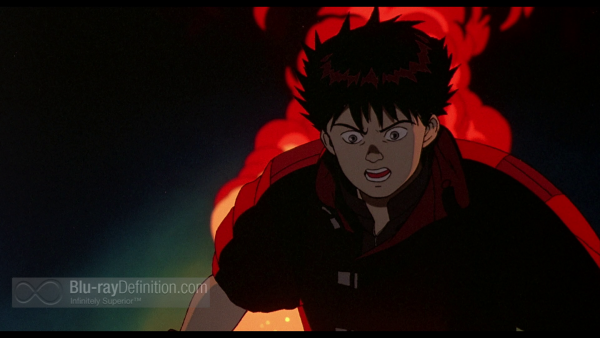 The bulk of the supplements here have been ported over from the previous standard definition releases from 1988 and 2001, apart from some minor additions like the Glossary and graffiti translation slideshow. 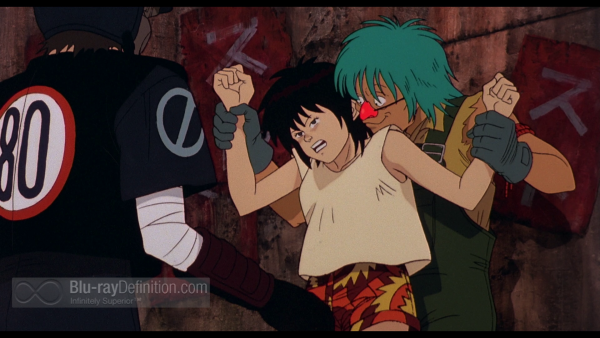 Even with the advances in technology, newer films coming along, more modern techniques and characters, Akira continues to remain pertinent, exciting, and just as relevant today as it was two-and-a-half decades ago. It’s one of the most visually stunning and mentally stimulating pieces of cyberpunk anime ever created, and this 25th Anniversary Edition, though not a big step up in quality from the previous Blu-ray release, will be a welcome one for those who may have missed it the first time around. 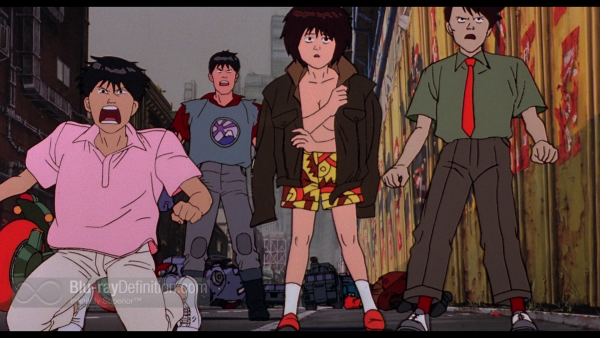 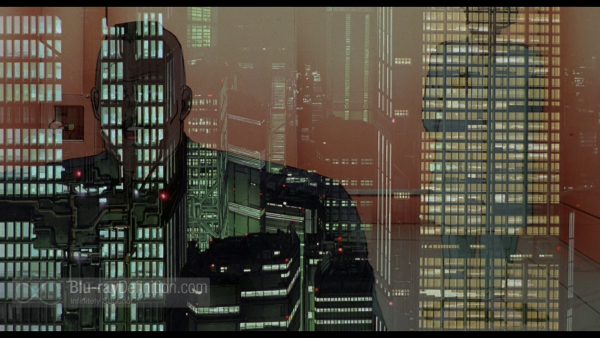 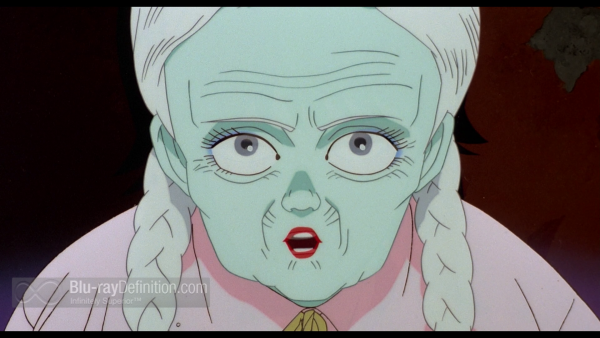