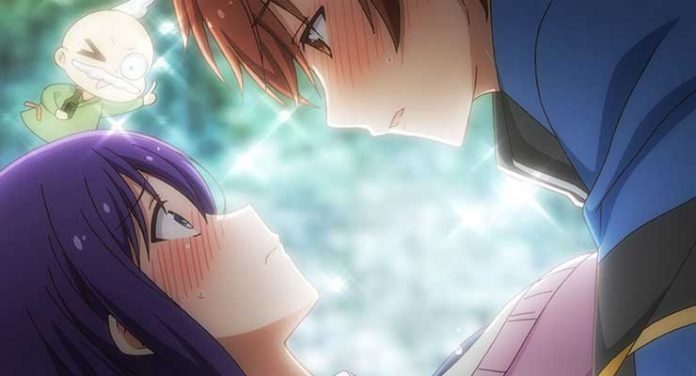 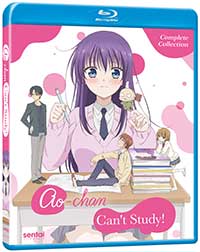 I went into this series thinking it would be an amusing distraction during the COVID-19 lockdown – something funny, quick, and quirky. In all honesty, however, this anime series was a letdown to me. Beyond the cool moe character designs and soothing pastel color palette, Ao-Chan Can’t Study! had a difficult time keeping my attention. The gags were not all that original – try an entire episode of Takumi trying to figure out how to tell Ao-chan that her skirt isn’t pulled down properly after coming out of the restroom – and the character development is stagnant if downright nonexistent.  These sorts of series sometimes have their place and when done well can be a hoot, but I would look elsewhere. There are far better ones in this particular genre. 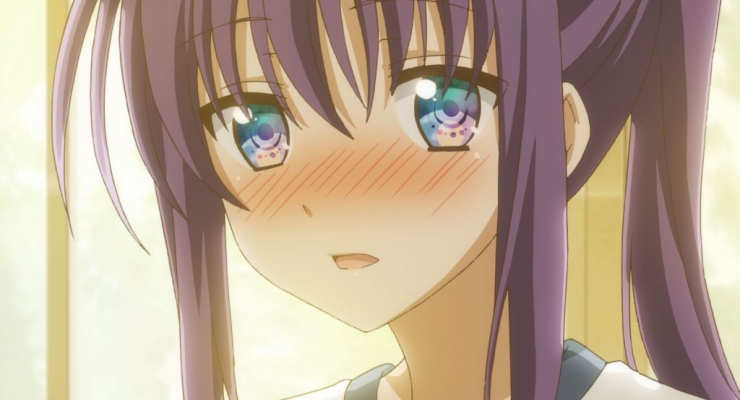 The digital animation for Ao-chan Can’t Study! arrives in a solid 1.78:1 AVC 1080p encodement on Blu-ray from Sentai Filmworks. The animation looks crisp with little artifacts, colors are rich without oversaturation.

Ao-chan Can’t Study! Comes to Blu-ray with both the original Japanese-language soundtrack and English dub in lossless DTS-HD Master Audio 2.0 stereo tracks. Sound-wise, they both sound quite similar, but the Japanese track has a fuller, more upfront in the mix. This series is very dialogue-driven with some mild gags that open up the effects a bit, so dynamic range is narrow in scope, but good enough for this sort of material and stereo imaging is also strong. Both casts do a good job with the material.

Clean opening and closing animations and additional Sentai Filmworks trailers are the only bonus features included.

A middling comedy/slice-of-life/romance anime series that looks and sounds great but never quite hooks the viewer.