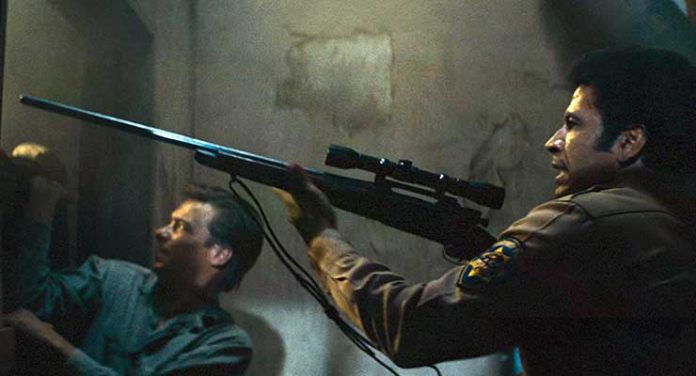 Assault on Precinct 13 was the burgeoning filmmaker John Carpenter’s second effort, coming after Dark Sky. The sizzling cult favorite was an urban homage to director Howard Hawks’ Rio Bravo, but without the overt heroics of the Hawks film. In Assault on Precinct 13, one can already the signature Carpenter filmmaking style coming through in his ability to take a small budget and turn in if not an outright masterpiece, at least something well worth sitting through to the end, filled with tension, terse dialogue, and haunting visuals (courtesy of cinematographer Douglas Knapp).

The prototypical siege movie, Assault finds first day Highway Patrolman Lieutenant Ethan Bishop (Austen Stoker) assigned to oversee the last day of the decommissioned Precinct 13 in an out-of-the-way bad neighborhood in West Los Angeles. He’s left there alone with two secretaries (Laurie Zimmer and Nancy Loomis) and expects an uneventful night. Things start to take a turn when he is delivered two prisoners being transported to hold overnight and the precinct soon suffers an attack by hordes of local gang members who have taken possession of a large cache of weapons. Bishop must make a choice to either side with the prisoners he has locked up to try to make a stand or to make a daring escape.

Carpenter’s mix of gritty action and near horror (the gang members on the attack are often compared to Romero’s Night of the Living Dead) is a tightly knit film that rids itself of most Hollywood excesses and gets right down to the nitty-gritty. An early scene involving the gunning down of a goodie two shoes little girl, probably meant to play as comic relief, is one of the few misses in what is an otherwise solid B-movie. 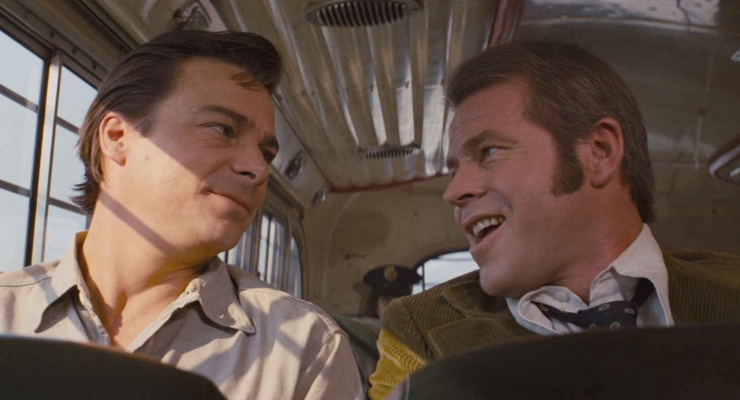 The original 35mm production of Assault on Precinct 13 arrives on Blu-ray from Second Sight Films in its original aspect ratio of 2.35:1 and encoded in an AVC 1080p transfer. The image looks natural, but there is film softness in the 1976 vintage source and also some easily spotted low-level noise in the backgrounds on the walls of the precinct that can be seen making the grain look a little blocky. Apart from this, it looks natural overall although the grain structure is somewhat thick, especially in the darker scenes. In the early, brighter scenes, grain is a little thinner and details just a little crisper. Flesh tones look natural given the era of filmmaking, which tended toward a flatter, less manipulated color palette. The night outdoor shots scenes, on the other hand, look to tilt toward a little of that bluish hue of Halloween.

A lossless 5.1 remix in DTS-HD Master Audio is included along with the original monaural mix in LPCM 2.0. The 5.1 sounds nicely spruced up with only some minor clipping in dialogue and sound effects and has good dynamic range, ambient effects and low frequency extension. The monaural track will obviously be the authentic way to listen, but it does collapse the soundstage severely after going from the 5.1 and sounds a lot quieter as well.

We’re flooded with extras on this release including two audio commentaries and a few new and older video featurettes that offer interviews of the cast and crew. We also get an early John Carpenter short film. The set also includes the original soundtrack CD and art cards.

Assault on Precinct 13 is early Carpenter coming into his own. From the menacing original score by Carpenter himself that plays what could almost pass as ‘80s electronic music every time the bad guys appear on screen to the eerie moonlight through the trees visual shots and the downplayed characters that are almost like placeholders for getting the action going, this is an all-around solid cult flick.