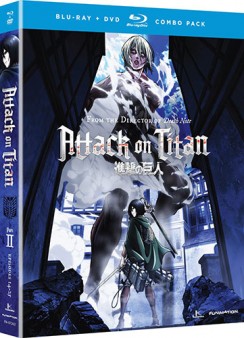 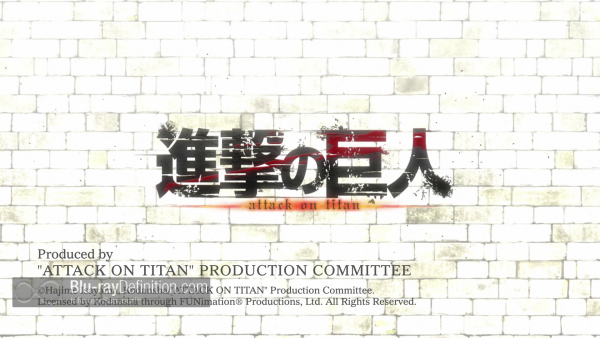 Director Araki Tetsurō’s (High School of the Dead) adaptation of this manga series written and illustrated by Isayama Hajime is an action-packed, gruesome, and intense series like none other. The graphically mesmerizing shōnen fantasy Attack on Titan is set in an alternate world where humanity has been forced to retreat behind a series of massive walls for a hundred years after giant, man-eating creatures named Titans appeared. But on one fateful day, after a century of peace, a massive Titan suddenly appears and smashes through their wall, leaving them virtually defenseless. Eren Jaeger (voiced by G.Addict singing group member Kaji Yūki) witnesses his mother get eaten alive and his father disappears. He and his friends — his adopted sister Mikasa (Ishikawa Yui) and the timid Armin Alert (Inoue Marina) — escape to safety, but they are never the same. Growing up to join the defense forces that fight to defend humanity, the three see bloody battle and carnage, as Eren, determined to wipe out every Titan from the face of the Earth, drives his friends forward toward a dangerous path fighting, and Mikasa shows she may be a genius at combat on a level never seen before. Meanwhile Armin, still unsure of his role and his abilities, discovers he has a knack for always making the right decisions under pressure. But is it enough? It might have to be. But maybe not, for Eren may be just the answer for which humanity has been waiting. Is there something within him that can help the humans defeat the seemingly unstoppable Titans?

Well by the end of part one, we did learn what the secret was in Eren, he could become a Titan himself and fight against the other Titans on behalf of humanity. He’s the secret weapon they have been looking for. The problem is, everyone is afraid of him, distrustful of his intentions. However, they have no alternative but to trust him. In part two, Eren’s very existence is in the balance, depending on the central government’s high court’s decision on whether or not he is actually useful to the military. If deemed not, he is to be executed. For now, there is a reprieve, partly because they don’t know if they could even kill him, and partly because they need him. And, yes, they really need him now, because an intelligent, female Titan emerges that kills many of the Scouts and civilians. She is seeking Eren out and is a formidable foe for even him. Armin determines she is yet another human in Titan form, but just who could it be?

This second part to the series, episodes 14-25, is more action-packed than the first, but no less intense or character driven. Everyone is more world weary now, having seen and experienced so much violence and death. Many die, close friends included, but it is, even in its fantastical vision, a brutal look at the repercussions of war. It evokes The Great War, or World War II.

Then there is the gorgeous animation style that breaks new ground in delivering some realism while also making an edgy, fantastical, almost steampunk influenced world that is at times mesmerizing (who won’t get excited watching the Scouts perform acrobatics in the air as they attack the Titans?) and other times horrifying in its gory detail. 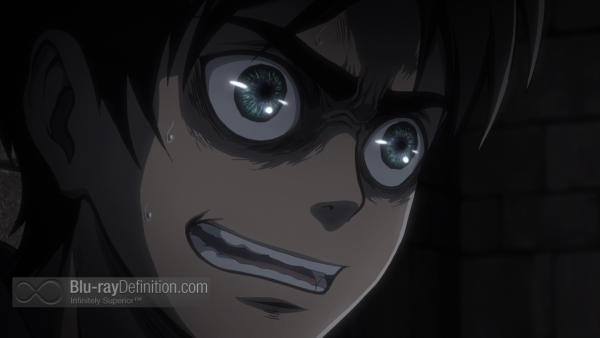 The transfer of Attack on Titan remains the same as the previous release of Part 1.It is a rather strong transfer of the Attack on Titan digital animation from FUNimation that is supplied in an AVC 1080p encodement on Blu-ray. Apart from some very minor, spotty issues with banding and a hint of softness there’s not much to complain about. The series looks rather pleasing to the eye in full-motion, even if its color palette filled with earth tones doesn’t allow it to really pop much. 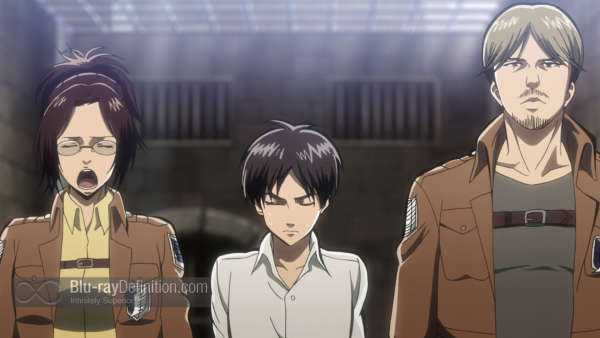 The audio quality and voice casts remain the same as well in Part 2. This is one series that really could have benefited from a full-on 5.1 mix for the original Japanese soundtrack, which is provided in the usual Dolby TrueHD 2.0. Not that it’s bad – it’s quite engaging, although it does sound sort of dynamically limited, but with the amount of high flying action sequences and stomping giants going on, for those who like to watch in the original language (and prefer the original voice cast), the additional channels would have been a real treat. For dub fans, the 5.1 mix gets the job done, although it too sounds somewhat limited in its range and is disappointingly meager in its low frequency extension. 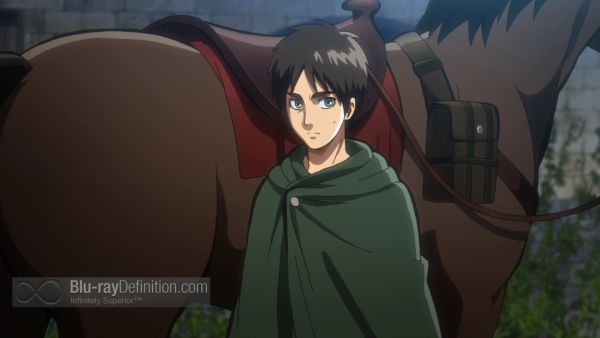 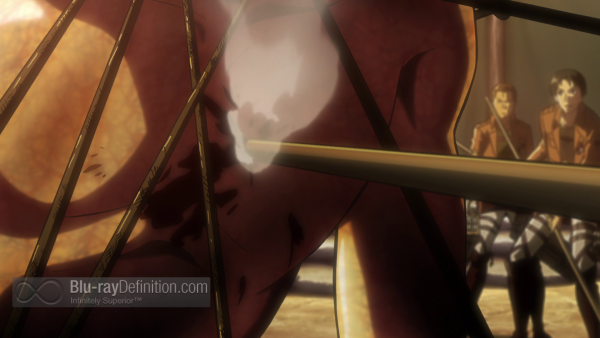 This beautifully animated, riveting anime series continues to please in the action-packed second part from FUNimation. Attack on Titan is more evidence that anime is not devoid of fresh ideas. 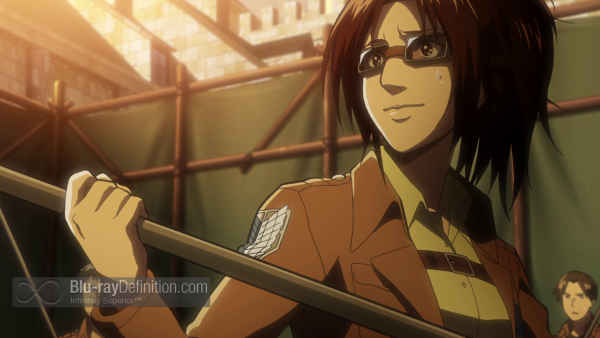 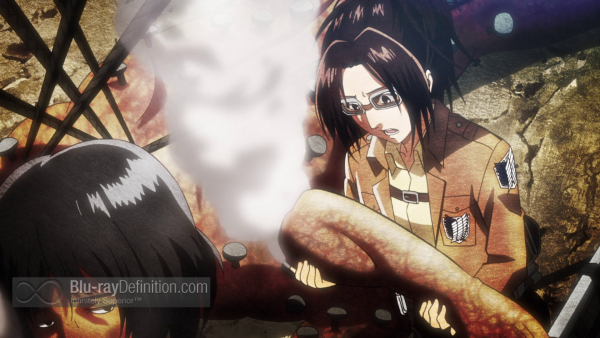 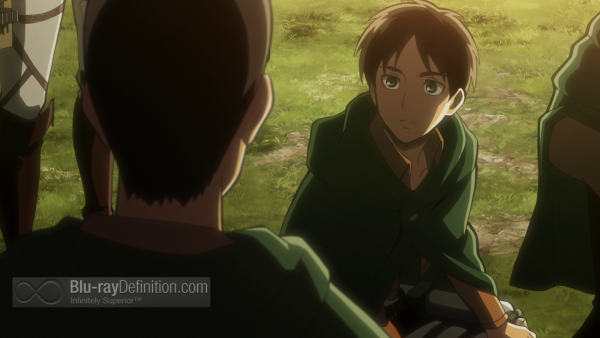 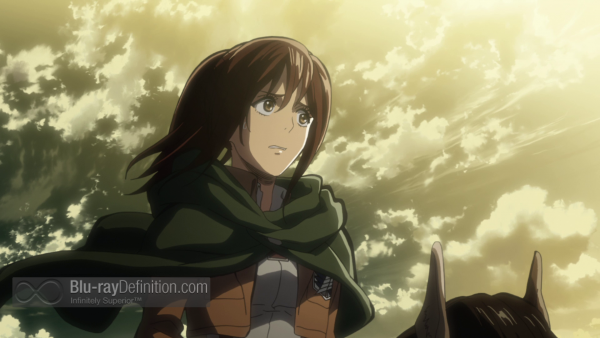 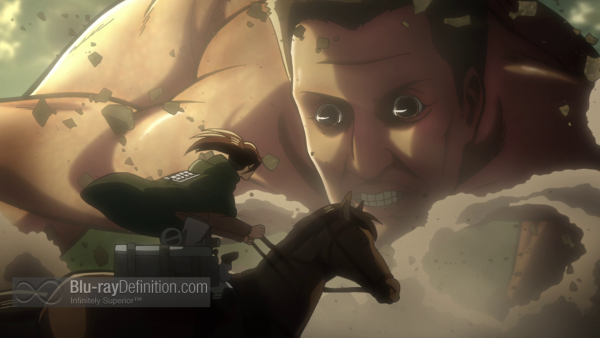 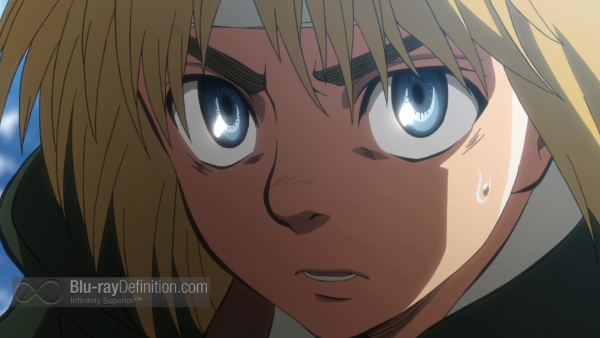 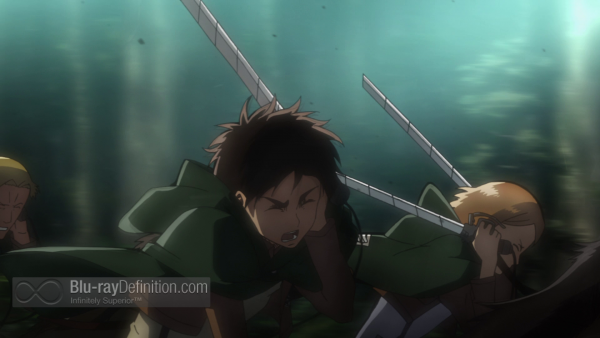 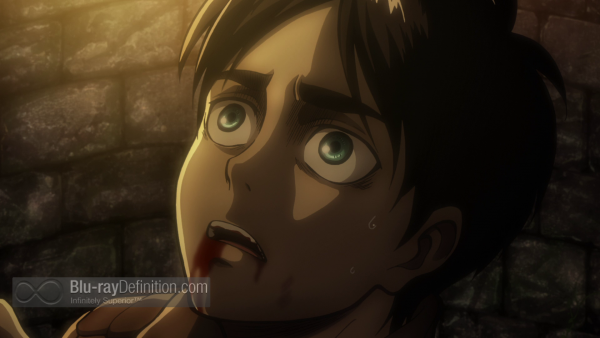 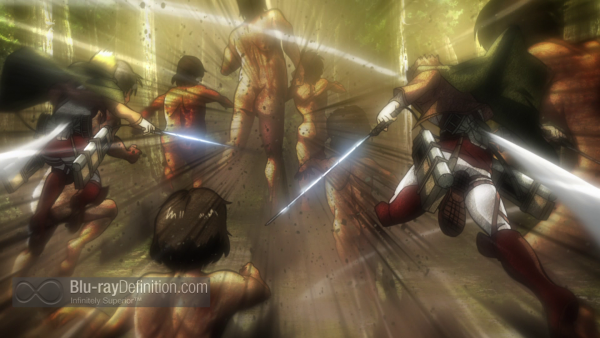 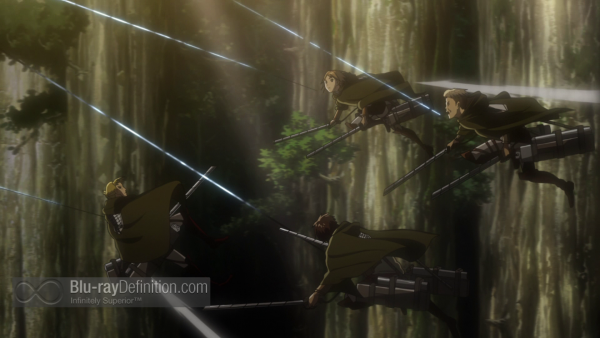 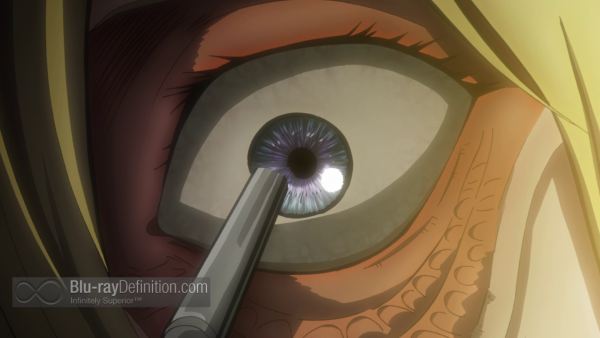 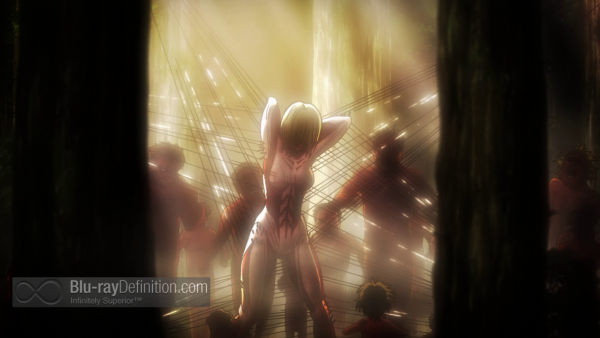 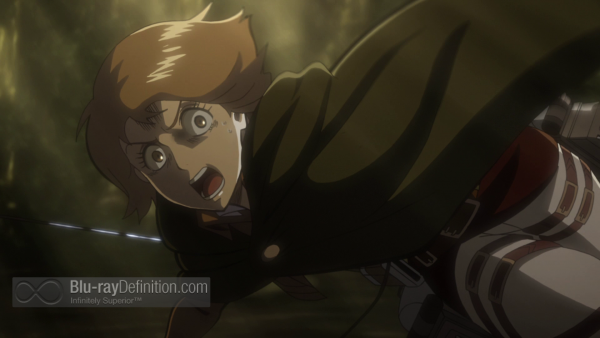 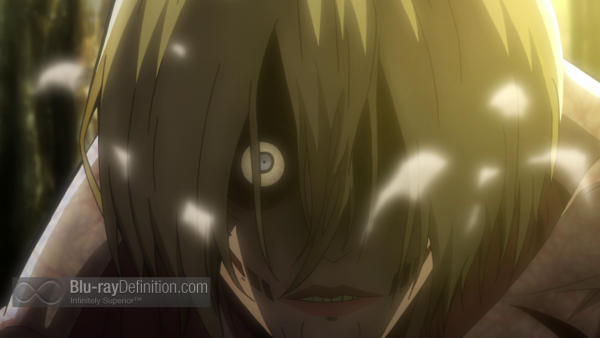 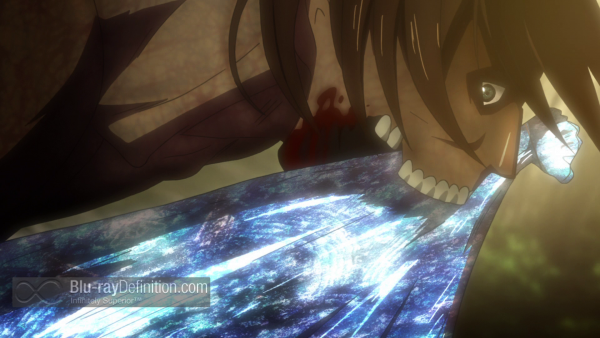 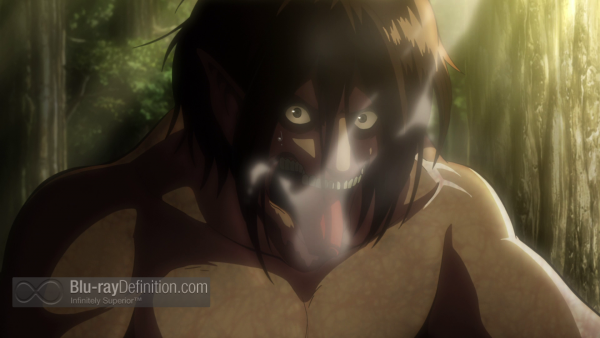 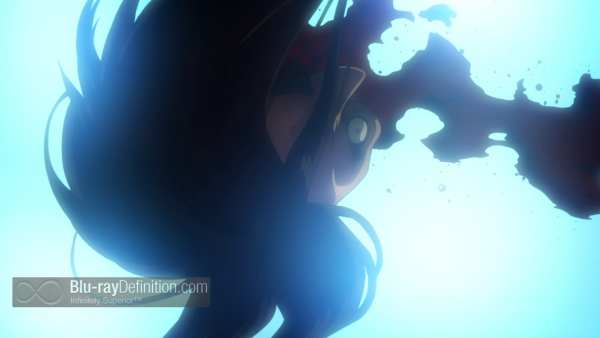 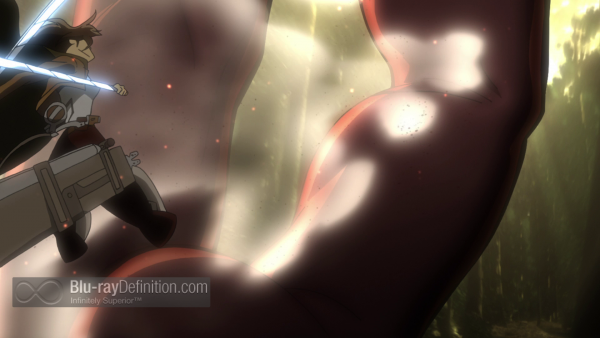 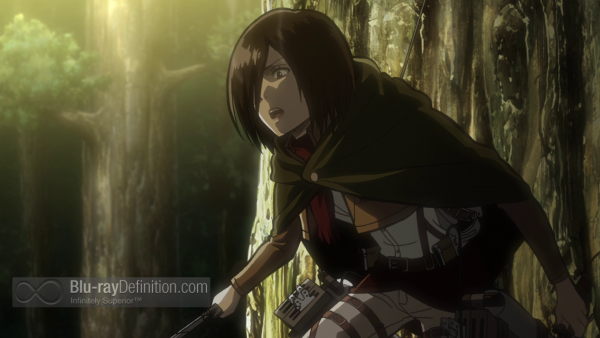 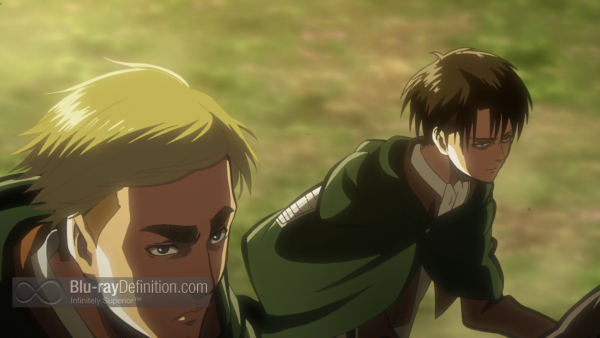