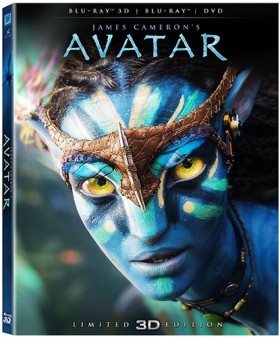 Editor’s Note: Portions of this review not specific to this release were previously published in our Avatar Blu-ray , AVATAR: Extended Blu-ray Collector’s Edition, and Avatar Blu-ray 3D reviews. 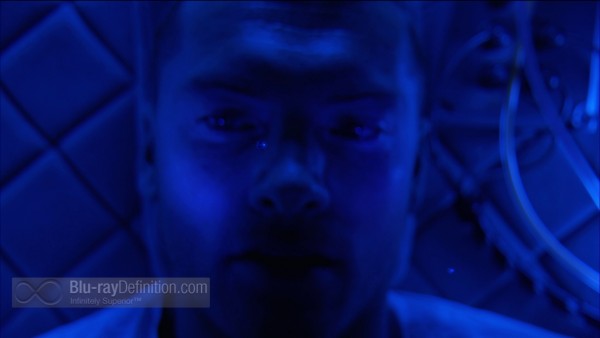 Ladies and gentleman, Avatar on Blu-ray 3D is finally here for the masses at retail, and I am so happy to inform you all that…it is the same barebones release that Fox has been stuffing into boxes alongside Panasonic 3DTVs for the past two years. That’s correct everyone, outside of the snazzy new lenticular packaging and an included DVD, there’s nothing new in this “Limited” 3D edition. Not even the transfer has been upgraded in anyway, at least not t0 my eyes. Not that that’s a bad thing, Avatar continues to look (and sound) spectacular, maintaining its place at or near the top of reference quality 3D releases on Blu-ray, even as the technology has advanced a bit since it first hit the format. But being that this is now the fourth time I have had the “privilege” of reviewing this title — twice on Blu-ray and now twice on Blu-ray 3D — and there are no changes or bonus features, what you will be reading below, in the interests of full disclosure, is mostly made up of all of the work I have previously put in on this film. Heck, if Cameron and Co. can’t make an effort, why should I go out of my way? Just so you know, however, all the screen caps are from this particular release so you can compare and see that they are in fact one and the same. Any differences are only due to variations in the exact frame that was captured and a slight change in our screen grab techniques since. And now on to the review…

Filmmaker James Cameron has never been known to approach any of his films in a small way. He has been pushing the technological and budgetary boundaries of filmmaking for years. His philosophy has always been to bring something new to moviegoers; employing grand spectacle on the big screen to place viewers in a world where they can escape the mundaneness of their real world problems. From The Abyss, through The Terminator to Titanic, Cameron has honed his craft as the wizard of special effects wonder and sci-fi epics. But what Cameron has lacked in any compelling fashion along the way is any inkling that he might perhaps be able to sculpt a deep enough story to hold one’s attention for the nearly three-hour journey that Avatar begs its viewers to tag along for. 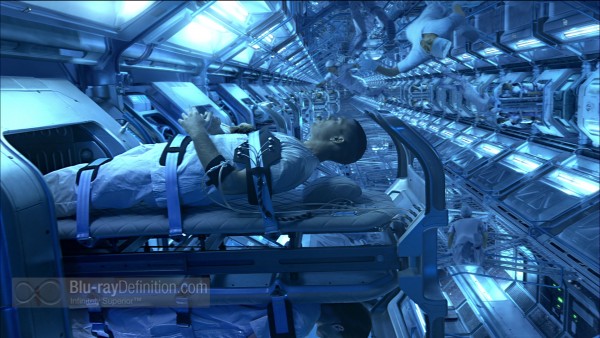 I’ve already reviewed Avatar on Blu-ray three times, here,  here, and, here they were all excellent. As I mentioned above, this release is identical to the 3D Panasonic-bundled disc, apart from the fact that it comes packed with a DVD and has a fancy new cover. At first, it seemed to have slightly less crosstalk than I recall, but then I remember that I have tweaked my display and switched to 3D glasses which are themselves customizable to minimize crosstalk. Pulling out the Panasonic exclusive disc, I couldn’t detect a difference at all in the 3D effect.

From the very opening scenes, it is obvious that this is a different sort of 3D experience being crafted by James Cameron. While Avatar 3D adds great sense of spatial depth while retaining detail and the splendor of its color palette, it doesn’t ever lapse into the realm of gimmickry — meaning there are no “in your face” 3D moments. Things don’t fly off the screen at you or by you. The closest Avatar gets to that sort of thing is some of the foliage in the foreground in the forests of Pandora coming farther off the edges of screen.

There is some slight crosstalk throughout, but this is still one of the better titles I have seen in that regard, once again adding proof to the belief that a lot of issues with crosstalk are not just display related, but also have to do with the source material.

In straight 2D, Avatar also impresses, as you can read in the two non-3D reviews previously published here. The image is clean with strong contrast, vibrant color reproduction, and lots of textural information. 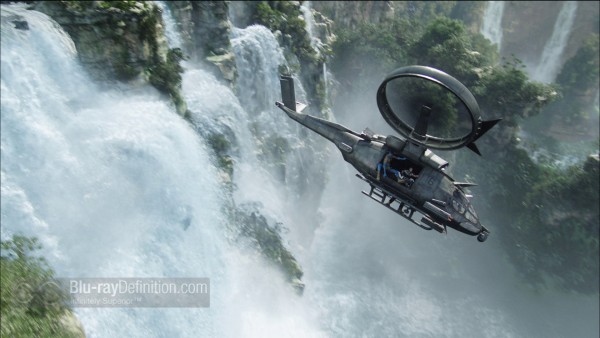 No change here, this soundtrack is still top notch, reference quality material. Provided in DTS-HD Master Audio 5.1 (48kHz/24-bit) the surround channels are engaged throughout the film with all manner of discrete and ambient sound effects while low frequencies are downright thunderous. Dialogue is clear and never lost in the action. 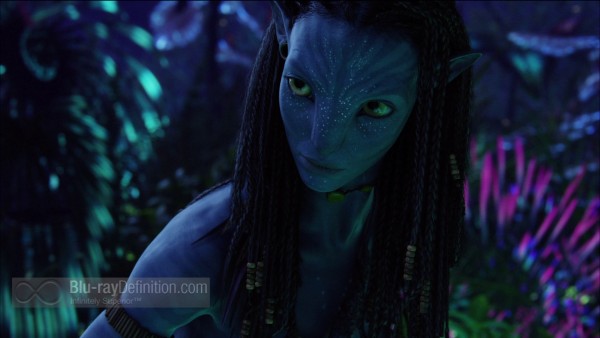 We’ll bump this up a half-a-point since they were kind enough to included a DVD, but the lack of on disc extras or even a digital copy is just ridiculous. I suppose all of that will come with the inevitable triple-dip, Super Deluxe Collector’s Extended 3D Edition. 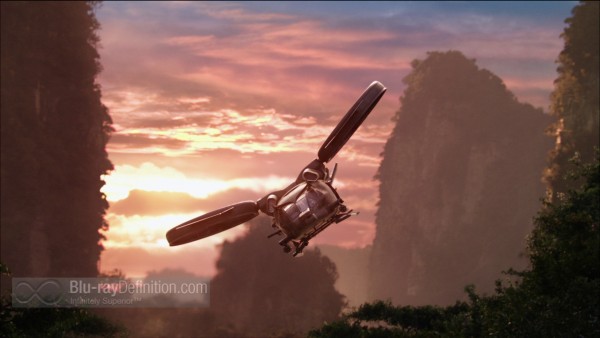 James Cameron has once again pushed the boundaries of what can be technically achieved in filmmaking with Avatar. Despite its storytelling flaws there is no doubt that people will be looking to this film for years to come as the benchmark for visual effects in filmmaking. The Blu-ray 3D continues to be a reference for the format on the whole, but this disappointing wide release debut lacks any of the special features from the Collector’s Edition release, which smacks of a ploy to get people to run out to buy this only to have the ultimate collector’s edition release be announced. 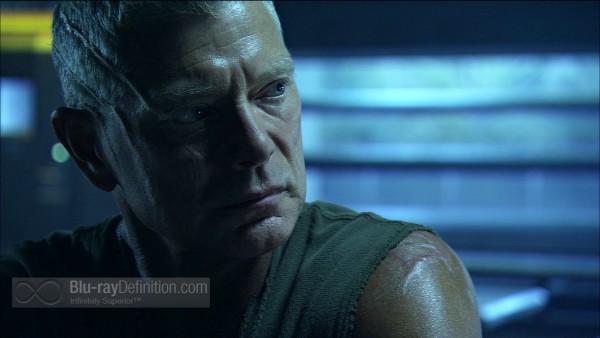 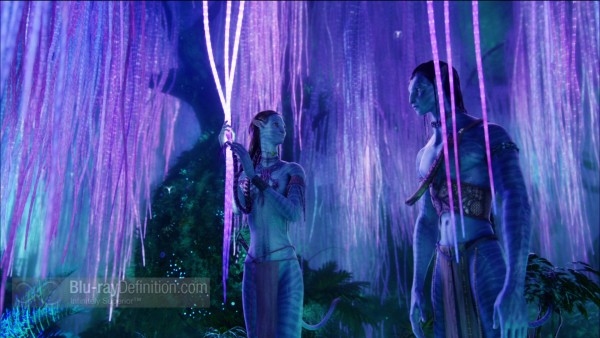 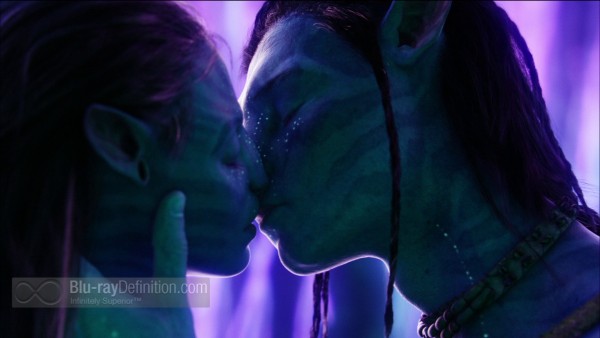 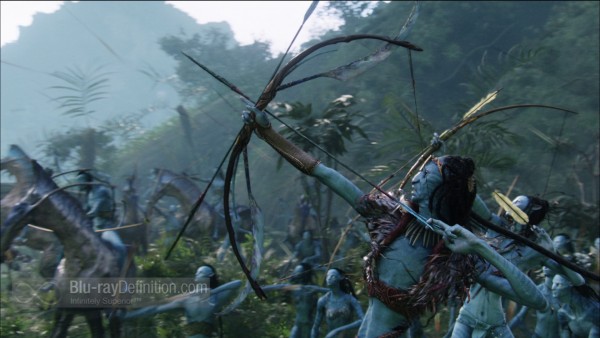 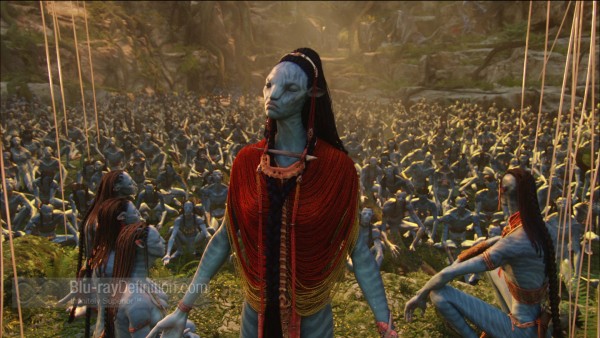