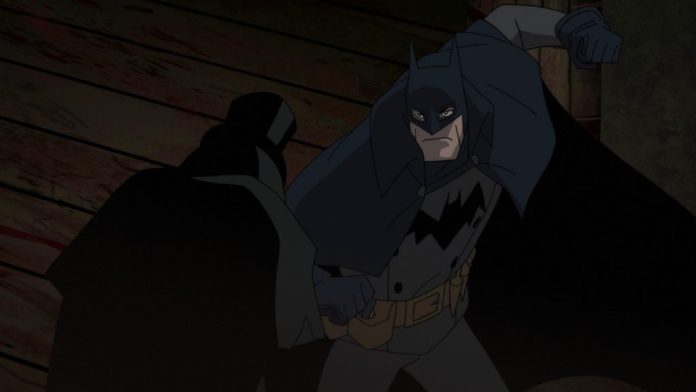 Batman: Gotham by Gaslight is a DC Universe Movie that places the Dark Knight in an alternate reality. It’s the end of the 20th century during America’s industrial revolution and a World’s Fair, hosted by Gotham City, is about to take place, but as the world awaits the glitter and glamour of Gotham and America’s technological achievements, a killer, known as Jack the Ripper, is preying on the less fortunate women of Gotham City. It is up to Bruce Wayne/Batman to solve the mystery of who “the Ripper” is and stop him from killing anymore innocent women since the police force in the late-20th century doesn’t seem to care about women who aren’t a part of high society. Batman gets help from the confident, suffragette and stage performer Selina Kyle who herself becomes a target of the Ripper.

It is interesting to see Batman placed in another universe, so to speak, and Gotham by Gaslight is reminiscent of many contemporary series that have explored this era in history including Ripper Street, Copper and the current The Alienist. It does maintain its own uniqueness and stay true to the Dark Knight in its own way, however. There is a certain Art Deco look to it, but no Batmobile, of course. The characters share similar traits, but they are fitting to the time they are placed in. Selina Kyle is now a former circus performer who used to be a lion tamer, so she’s good with a whip.  That’s just one example of the inventive ways in which the familiar world has been uniquely adapted for Gotham by Gaslight. While viewers may take umbrage with the ultimate twist at the end, there’s no arguing that it sure does change things up. 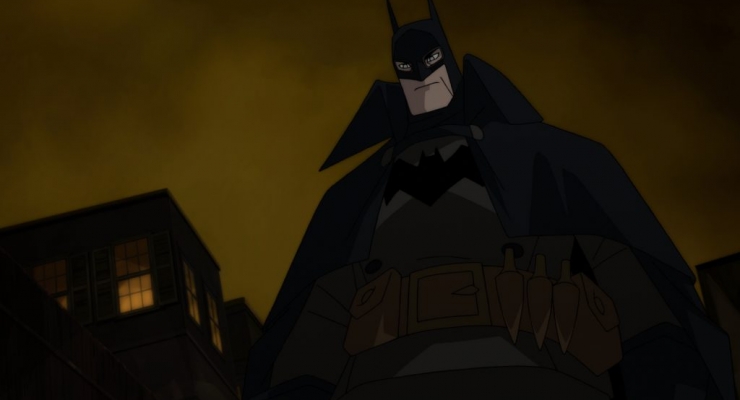 The film was digitally animated and taken from a 1080p source with a 2K DI (Digital Intermediate). It arrives on 4K Ultra HD with a HEVC 2160p (4K) encodement and HDR in the HDR10 format. It is actually a very solid-looking disc given how poor Batman and Harley Quinn looked on 4K Ultra HD compared to its Blu-ray counterpart. This 4K disc, apart from the slightest hint of banding in some areas, is clean and crisp with little noise, posterization, or motion artifacts. The wide color gamut of the HDR10 really comes into play in the final act with stunning orange flames during the finale, that also ‘pop’ brilliantly.

The film comes to 4K Ultra HD with a DTS-HD Master Audio 5.1 mix, meaning the DC Universe films, which have made their way to Ultra HD, have yet to do so with an immersive Atmos or DTS:X mix, as far as I know. That said, the sound is solid for this release with good dynamic range, smooth high frequencies, extended low end, and solid effects panned through the surround channels. Dialogue is also full and clear.

Gotham by Gaslight comes with the usual slate of sneak peeks, DC Comics ‘vault’ episodes and also a commentary.

Batman: Gotham by Gaslight is dark, interesting, and a refreshing new take on the Dark Knight that removes him from the contemporary world and places his him at the end of the 19th century. This 4K Ultra HD release looks fantastic, which is a sigh of relief given how poor Batman and Harley Quinn looked on Ultra HD.

Gotham by Gaslight is out on 4K Ultra HD Combo & Blu-ray Combo Pack from Warner Bros.