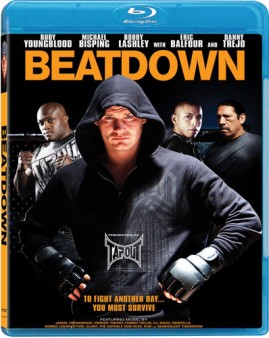 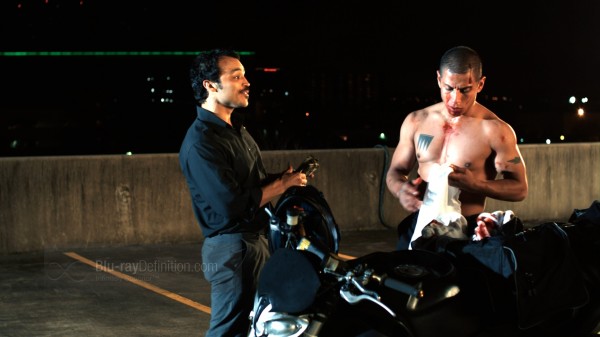 There’s one reason alone for a direct-to-video movie like this to exist and that is to serve up some serious cans of whoop ass onscreen. Outside of that one cannot expect much else from this genre. So, does Beatdown deliver on its promise of bloody smackdown heaven? Well, yes and no. While the movie certainly has its moments of grit and blood-dripping glory, it also spends a heck of a lot of time tripping over itself trying to tell an actual story and a typical story it is — yikes!

Small time street fighter Brandon (Rudy Youngblood) finds himself indebted to the tune of $60,000 to a really nasty gangster after his brother is murdered, so Brandon heads for his dad’s small town to lay low for a while and figure out his next move. While there, he just happens to stumble across the tiny hick town’s dirty little secret — its own underground fight club scene. Brandon ends up involved with the local hot girl whose brother is also a local crazy fight scene champion. Our “hero” also manages to end up under the wing of a former big time fighter who’s apparently on the lam. If you don’t see what’s coming next, then you need to go back to movie school. It’s all Rocky-style workout montages, heavy metal music, and angry muscular guys in blood splattering throwdowns all leading up to — ka-ching! — the ultimate pay day bout to get the gangsters off Brandon’s tail.

If you like ridiculously mindless violence mixed in with awful drama, then Beatdown is just the right flick for you. 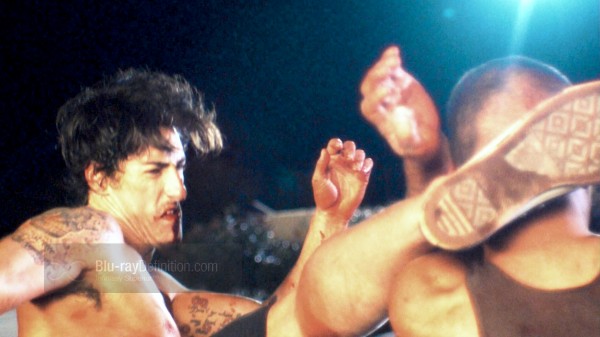 The high definition video source looks good most of the time in this 1.78:1 AVC/MPEG-4 1080p/24 encoding from Lionsgate, but some scenes show very heavy video noise that looks to be inherent to the cameras and contrast definitely clips, also likely an artistic choice. Other that that, blacks are solid and blood looks very realistic. 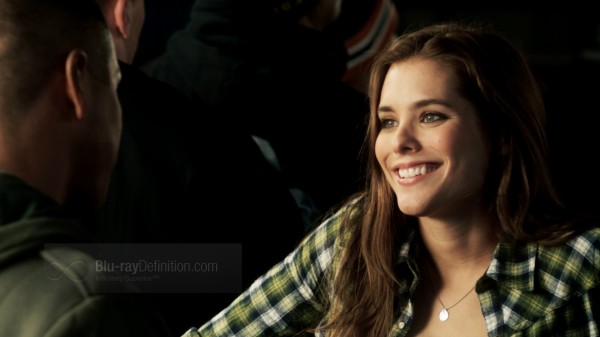 The English DTS-HD Master Audio 5.1 soundtrack lacks the punch (no pun intended) I would expect a film like this to have. Blows don’t really land with much authority, meaning there is a lack of low-end information. The levels, however, have been scaled back a lot giving the mix lots of breathing room, so dynamics are good and there’s lots of ambient information to surround listeners in all the chaos of the fights. 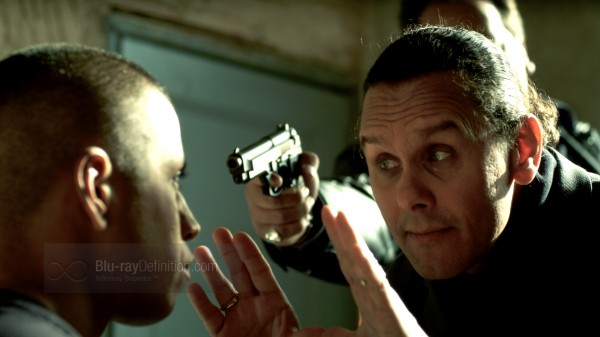 There is nothing particularly special about any of the special features provided on Beatdown. Mostly everything is a typical behind-the-scenes type featurette or obligatory audio commentary and promotional in nature. 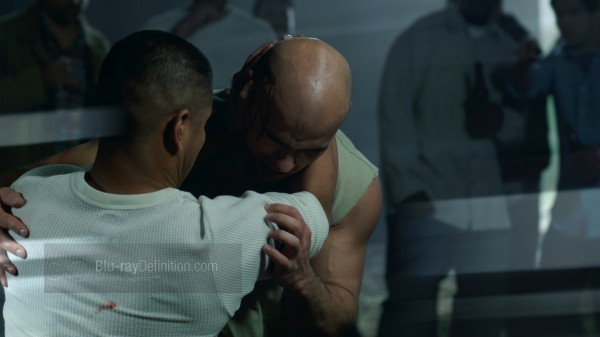 If violence and Ultimate Fighting Champion is your thing, then Beatdown may provide some entertainment because it’s obvious this is aimed squarely at that market. If, on the other hand, you prefer some sort of actual movie around all your punches when you purchase a disc, then smack this one down. 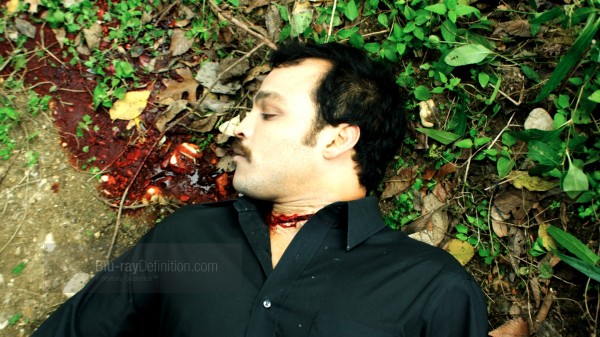 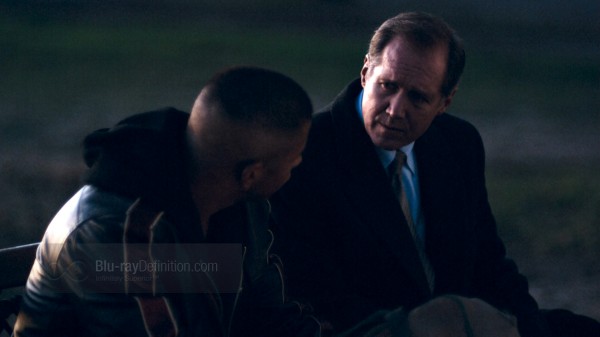 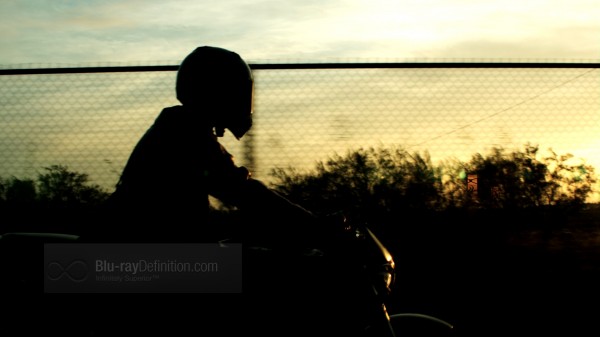 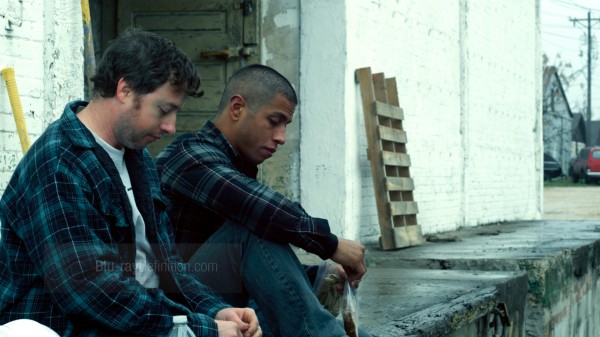 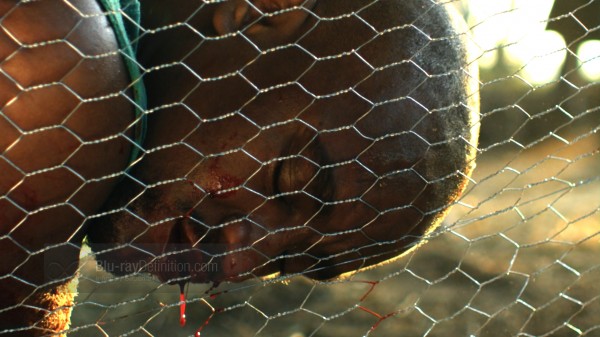 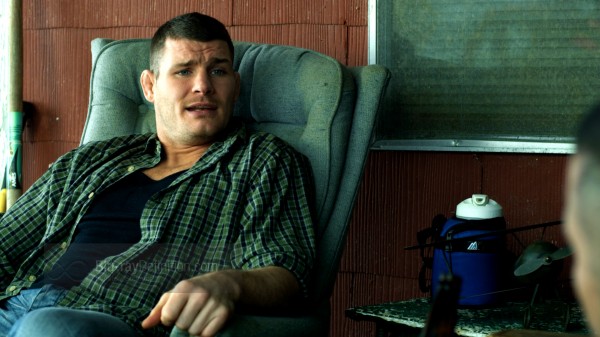