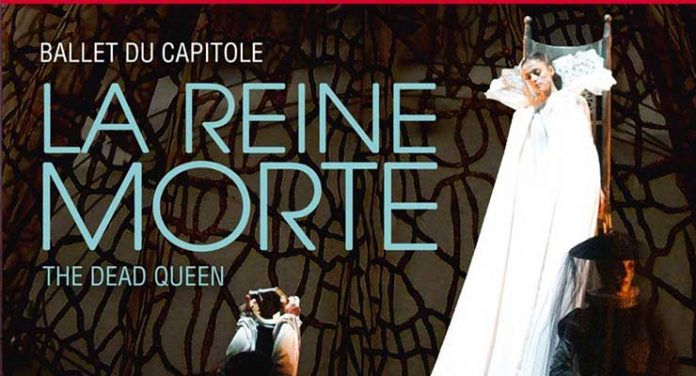 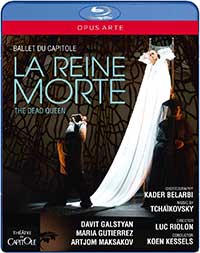 The aging Portuguese King Ferrante seeks to secure an heir to his realm by having his son Prince Pedro marry the Infanta of Navarre. During an occasion of state, Pedro publicly rejects the Infanta because he is in love with Ines de Castro. Stung by this insult, Ferrante’s councilors discover that a Priest (Andrea Morelli) has secretly married Don Pedro and Ines, and they demand that both the Priest and Ines be executed and Pedro, imprisoned.

In prison, Pedro receives a vision of his beloved and resolves to persuade his father to accept their marriage. Meanwhile, Ines visits King Ferrante and nearly convinces him to spare her life but the King  summons his councilors and her death warrant is sealed. Later, Ines attempts to flee to a convent. Pedro has escaped from his cell but, on his way to meet Ines at the convent, finds her dead body on the roadside.

A grief-stricken Pedro seeks out the councilors who murdered his beloved and methodically kills them. He then sees a host of dead brides when Ines suddenly appears in their company. The Prince’s happiness is short-lived as he realizes that he can never have Ines in his lifetime. When Pedro returns to the palace, he delivers a fatal blow to his father. When Ines reappears as a vision, the Prince assumes Ferrante’s throne and commands the councilors to kneel and kiss the hand of his dead queen.

Contemporary choreographer Belarbi has achieved a minor miracle in this production by taking Tchaikovsky’s highly danceable scores,  and adapting them to dances that will recall the heyday of 19th century ballet as realized by the great Marius Petipa, the leading choreographer of Tchaikovsky’s original ballets. Given its retro style, it is truly hard to believe that La Reine Morte debuted in 2011! With simply gorgeous period costumes that offset a rather bare stage, and top flight dancing, we get an elegant presentation of a work that should remain the repertory for a long time.

Film director Luc Riolon appears to understand the dance medium and gives us an eye-catching video that is beautifully shot from opening to closing curtains with sensational closeups and full stage views, nicely intermixed. While there are a few filmed sequences interspersed in this video, for the most part this is terrific high-definition. The lighting is on the dark side but colors and details are still well captured.

The orchestra receives excellent, full-bodied reproduction with most of the audio upfront in both surround and two-channel versions with former offering a bit more hall ambience. Stage noise is remarkably tame.

Choreographer Kader Belarbi contributes a well-written background essay on his ballet and a brief synopsis, list of dances (and their accompanying Tchaikovsky works), and production credits in the typically good Opus Arte booklet. The only other extra is a cast gallery.

From beginning to end, La Reine Morte is a musical and choreographic tour de force that succeeds on all counts. With a touch of modernism in the dance and in the sets, this is mostly old-school ballet, in the best sense of the word, which renders clear and fitting tributes to Swan Lake, Giselle, and Romeo and Juliet. A world-class ensemble and principals gives us a definitive performance that may be very difficult to surpass. Highly recommended.