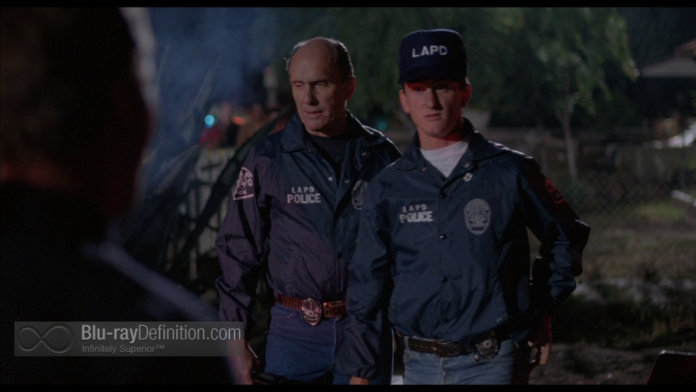 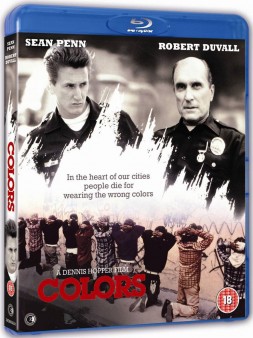 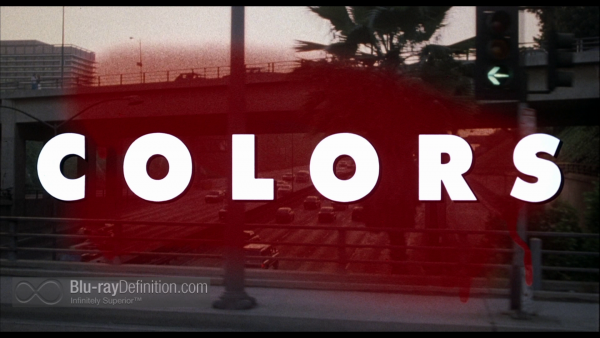 In this 1988 police crime drama directed by Dennis Hopper, Robert Duvall plays a veteran LAPD officer partnered with a hot-tempered rookie, played by Sean Penn, on the city’s new gang crime division. A mismatch that Duvall’s character makes no bones about disliking, having been ready to settle into a life of domesticity, spending more time at home with his wife and kids, the pair get caught up in the rivalry between the violent Crips and Bloods that is only exacerbated by the often heavy handed and sometimes unwarranted intervention of the police into the urban areas.

By today’s standards, the film may not pass as particularly gritty, but in 1988 it offered an unfettered glimpse into the violent world of gang rivalries that were scaring middle America on the nightly news, and the warriors on the front lines of the battle, sometimes getting dirtied themselves.

Hopper’s direction turns Colors into an “Alice through the Looking Glass” sort of traversal into the world of urban decay and it’s helped along by the eye catching cinematography of veteran Haskell Wexler and the backbeat of “old skool” hip hop rhythms. The actors step up as well. Veteran Robert Duvall takes the film by the reins and Sean Penn follows his lead as the rogue rookie LAPD officer. Also of note is an early appearance by Damon Wayans as a particularly off-beat gang member T-Bone, and Don Cheadle as the feared gang leader Rocket. 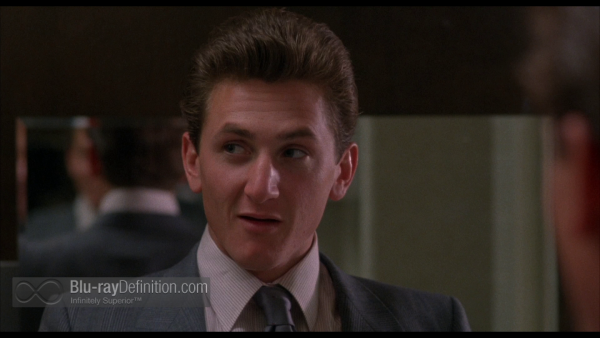 Colors comes with a 1.85:1 framed AVC/MPEG-4 1080p encodement of its original 1988 vintage 35mm source. Given its age, the film looks fairly good in this transfer. It’s clean and the colors really look vibrant, with flesh tones that are natural. Contrast is good as well. There’s a good layer of natural grain over the image that stays relatively consistent throughout the film, never tipping into noise. Detail is sharp, even of there is some slight film softness from time to time. 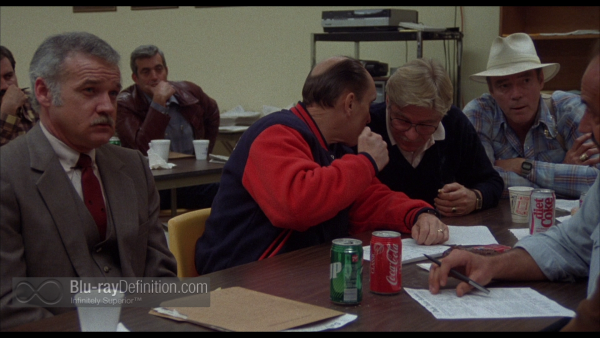 Although it is only stereo, the English DTS-HD Master Audio 2.0 (48kHz/16-bit) soundtrack is an exceptional one with really wide stereo imaging of the sound effects, strong dynamic range, and clean dialogue free from clipping. The musical soundtrack and score also sounds punchy and airy, and lacks that ’80s “digititis” that is typical of the era. 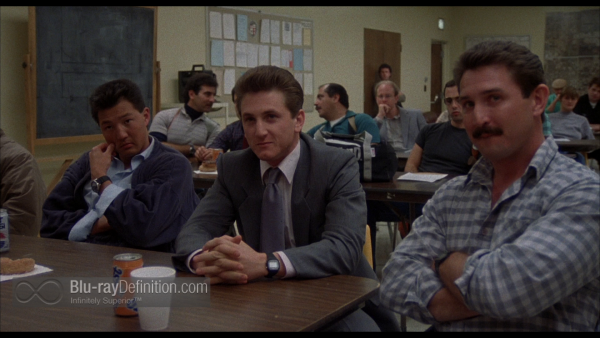 We get a couple of lengthy interviews with the original screenwriter and the film’s technical advisor, both of which are worth sitting through. There are also some brief deleted scenes in a combination of original HD and upscaled-SD sourced material. 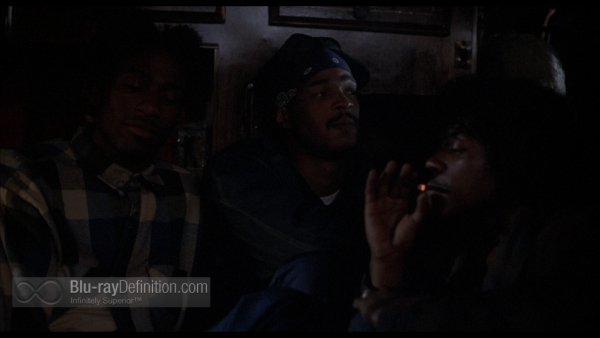 A classic ’80s crime drama with lots of quotable lines, memorable characters, and highly stylized visuals, Colors is gritty by the era’s standards, visceral, and holds up relatively well thanks to the fine performances by its leads. 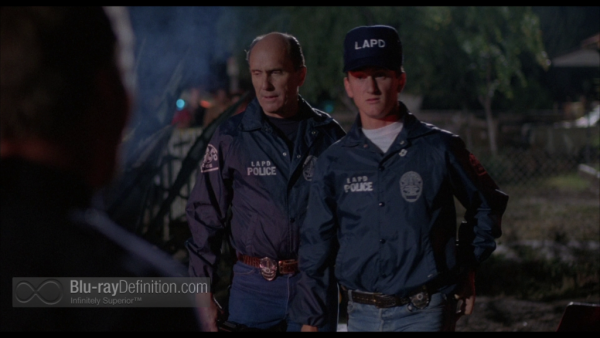 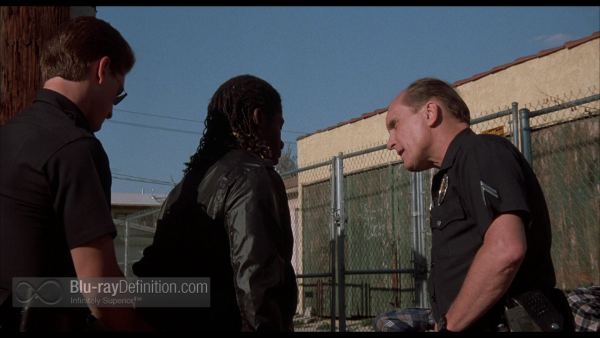 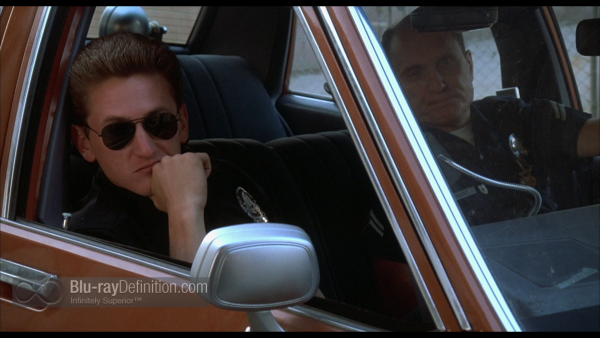 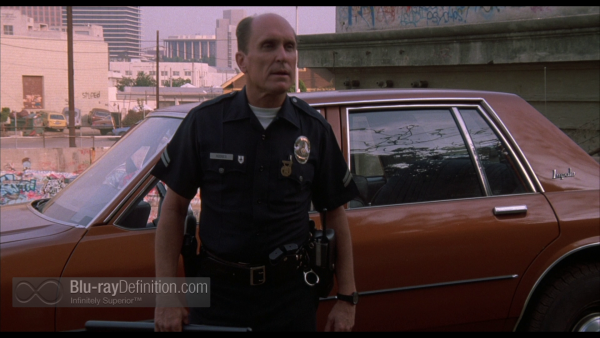 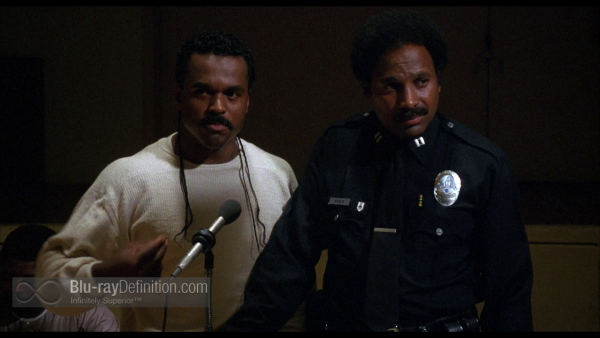 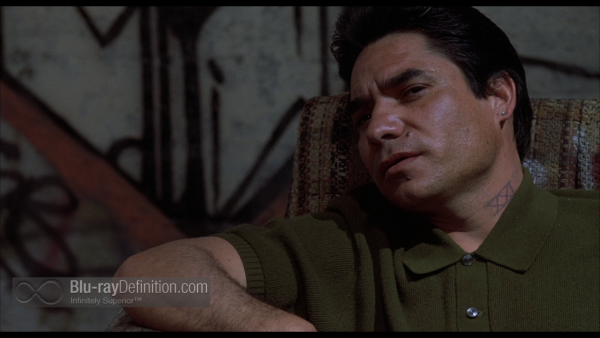 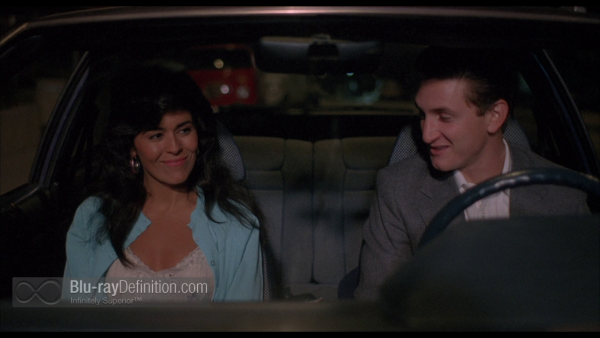 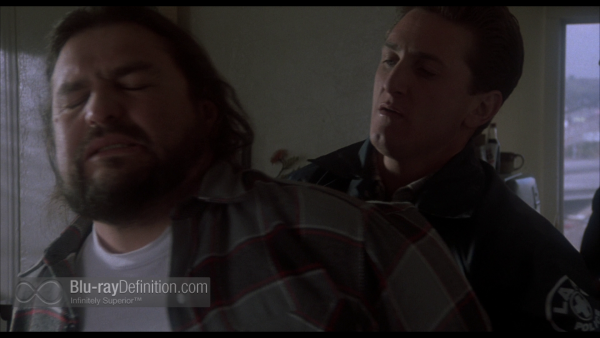 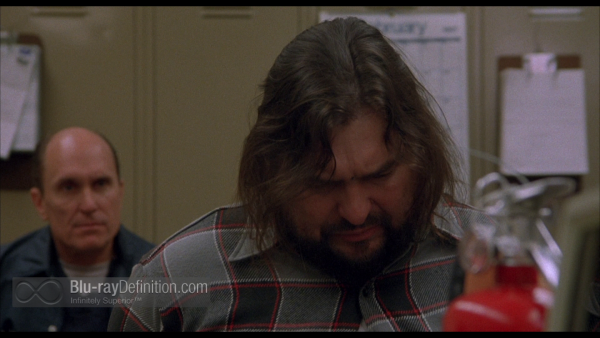 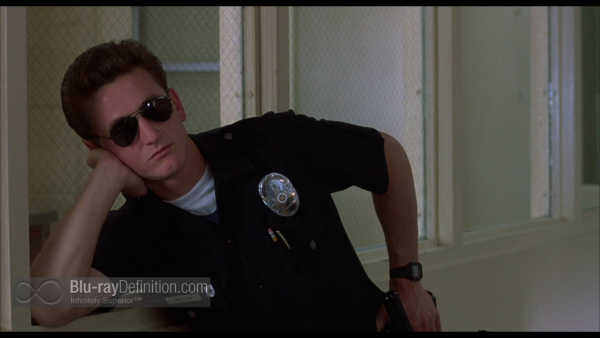 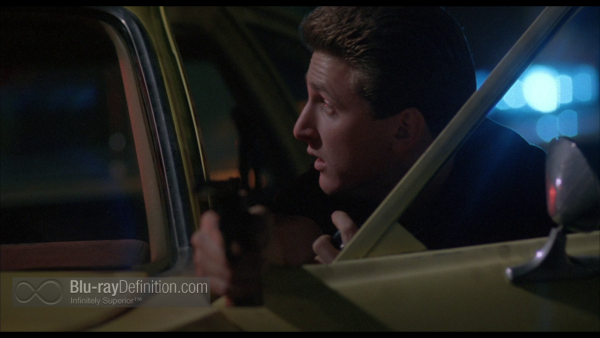 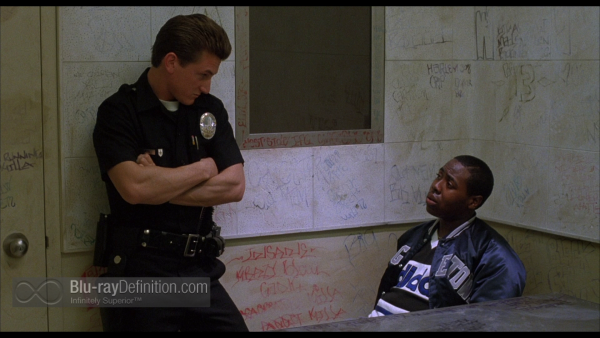 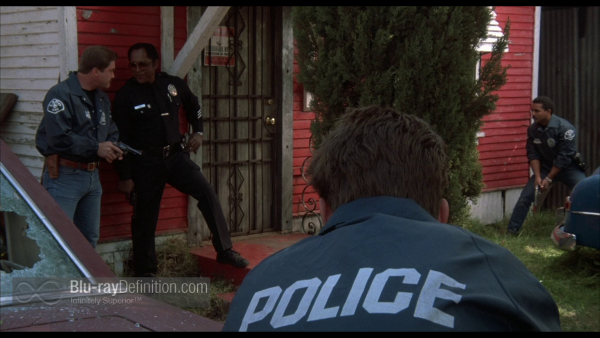 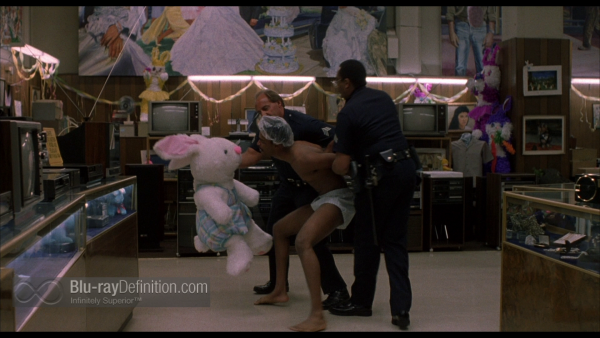 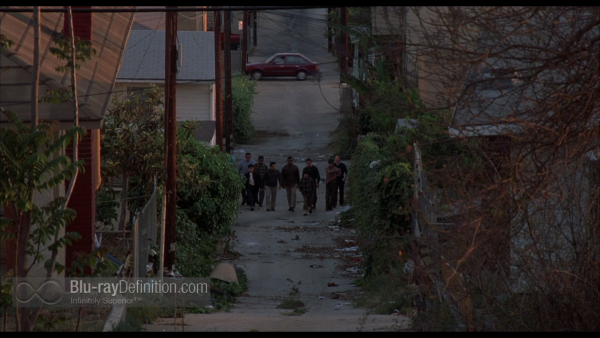