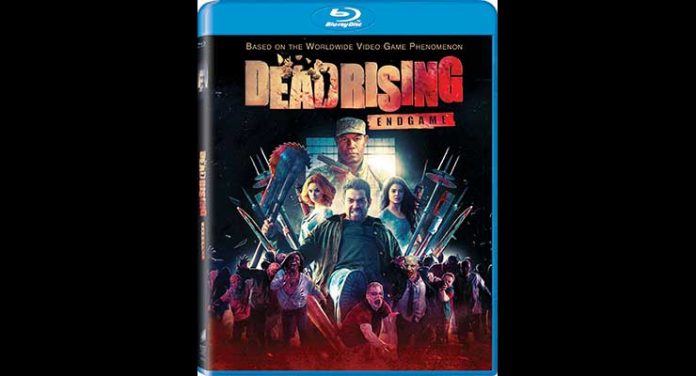 Dead Rising: Endgame, based on the popular video game franchise, is the sequel to Dead Rising: Watchtower. This second entry in the live-action video game adaptation franchise follows grizzled investigative reporter Chase Carter (Jesse Metcalfe) who after narrowly escaping a zombie quarantine the last time around, is now haunted by leaving his partner Jordan (Keegan Connor Tracy) behind to die. With new partners in tow, former military intelligence officer Sandra Lowe (Marie Avgeropoulos) and Jill Eckland (Jessica Harmon), Chase tries to uncover the secret behind the zombie virus outbreak only to find himself at the center of a conspiracy between an unscrupulous pharmaceutical company CEO and the dangerous army General Lyons (Dennis Haysbert) who appears to be rounding up and killing innocent civilians. There’s an even deeper conspiracy involving a microchip the government is using to keep track of people infected with the virus and knowing the truth has put Chase and his team in serious danger.

Dead Rising: Endgame is just an excuse to put some profuse violence and non-stop action sequences on camera with very little logical plot development. The acting is second rate, even from the normally reliable Dennis Haysbert. Despite his current gig as an Allstate pitchman, Haysbert is a solid actor who has played many strong roles, including the President of the United States on 24.

Everything about Dead Rising: Endgame looks and feels cut-rate and shows a lack of attention to detail like secret meetings that take place multiple times in broad daylight right out in the open on the same tacky looking dock, or even typos in supposed headlines on computer monitors that read “Takes the Reigns” in regards to some CEO or another. In order to make up for all of this, there’s a lot of action and zombie slaughter, but in the hands of director Pat Williams, who is known more for working on TV series like Flash Gordon, Kyle XY, and Continuum, even that is ruined by an overuse of visual effects like slow-motion. In the end, Dead Rising: Endgame kind of looks like a bad substitute for actually playing the video game, which would be a lot more enjoyable. 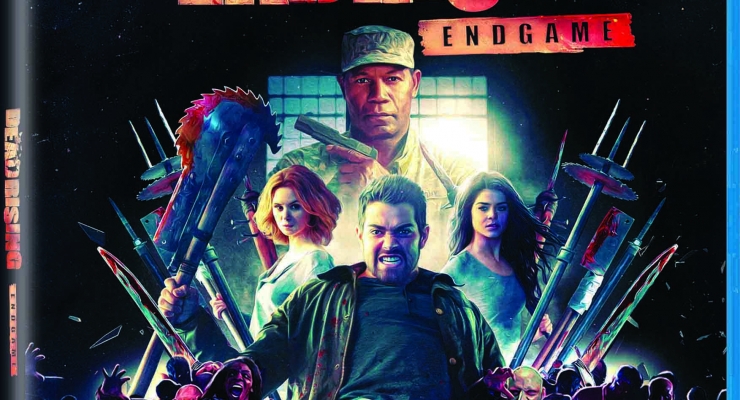 The 2.40:1-framed AVC 1080p encodement of Dead Rising: Endgame doesn’t look bad, but it is hardly a standout production given what’s available on Blu-ray (not to mention Ultra HD Blu-ray) these days. Some of the scenes look a little soft with an elevated level of noise, particularly in the shadows and it doesn’t have a strong cinematic appearance at all.

The sole audio track, a DTS-HD Master Audio 5.1 mix is actually a decent mix for these sort of slash ‘em up film. There’s an abundance of solid sound effects mixed around the room, good low-end, punchy mid range and clean dialogue.

These “making of” featurettes included on the disc really don’t amount to much in total run time or in content, given they are a grouping of feel-good snippets that hardly give any insight into the production. At least there is a packet of novelty temporary tats that may come in handy the next time Halloween rolls around.

There’s always a certain level of ridiculousness that comes along with adapting a video game to a live-action movie. You’re surely expecting, for the most part, to go into it expecting to just lean back, pass the popcorn, and turn off your brain for ninety-minutes or so. In the case of Dead Rising: Endgame, which it should be noted didn’t even run in theaters, but originally streamed on Crackle, the quality of the production is too amateurish and it offers nothing original in terms of the zombie genre. The Walking Dead has the grimness and even violence wrapped up. George A. Romero has the mythology and social commentary wrapped up. Z Nation has the campiness and comedy wrapped up. A big budget production like the Resident Evil franchise is in a different league from this. You may want to pass on this film entirely or catch it on VOD.