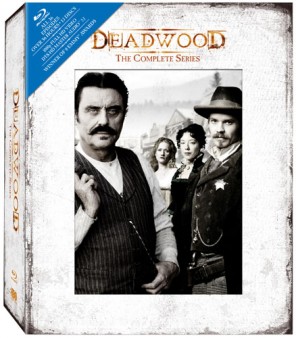 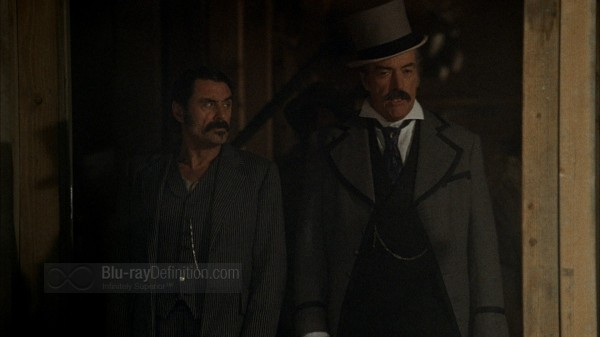 The famous Wild West town of Deadwood comes alive again in HBO’s original series Deadwood. A gritty, violent, and cleverly written western drama from creator/producer/director/writer David Milch, Deadwood chronicles the outlaw town in the Black Hills, stolen from the Sioux and other Native tribes, from its time as a lawless camp outside of U.S. jurisdiction, to its eventual annexation by Dakota. It’s all whores, whiskey swilling, and murder as a go-to option in this infamously violent town.

Probably most known for its hard language, the series’ anachronistic vulgarity masks a hip and clever rhythm to the dialogue, developed by main writer Milch. Lines like, “When I say fuck yourself sheriff, will you put that down to drunkenness, or a high estimate of your athleticism?” as spoken by George Hearst to Seth Bullock are only a sample of the wit that is hidden in nearly every line throughout the series, and it never slacks off over its entire 36-episode run.

The series takes place in the years 1876 through 1877, with Season One documenting Deadwood’s more lawless time and the arrival of Bullock to the town, the antagonistic relationship between Bullock and Swearengen, and the unsettling feelings brought on by the possibility of the camp’s annexation. The remaining two seasons deal with the corruption of annexation, the eventual inevitable corporate influence as portrayed by the arrival of George Hearst, and the new understanding between Bullock and Swearengen.

Special mention must be made of Ian McShane’s brilliant performance as the murderous yet wily saloon owner Swearengen who ran the town like a mob boss and also to the interesting and often overlooked performances by Molly Parker (as the fictional character Mrs. Garret Ellsworth) and Paula Malcomson (as the Gem Saloon whore Trixie). 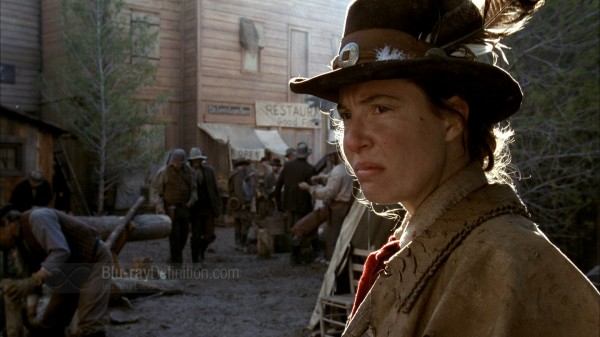 Shot on 35mm, Deadwood arrives on Blu-ray in a strong AVC/MPEG-4 1080p transfer. It has rich mid-tones, natural flesh tones and deep, inky blacks. Shadow detail is extended, but blacks do sometimes tend to crush. Detail is generally sharp, but throughout the series, from Season One all the way through Season Three there are moments where the image will tend to soften or become just a bit grittier in appearance. Otherwise, Deadwood has never looked this good. 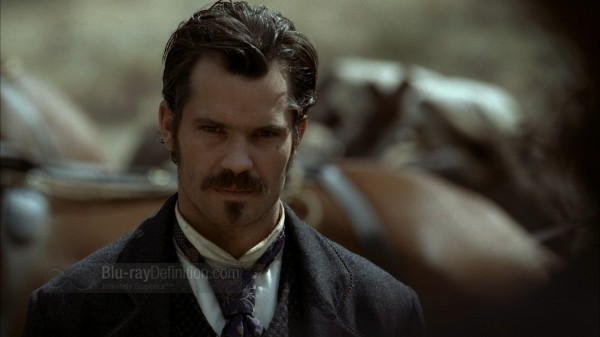 Deadwood’s DTS-HD Master Audio 5.1 soundtrack is a solid one, which surrounds listeners in the hullabaloo of the wild west as horses gallop, coaches ride by, shot glasses clink, the chatter of saloons engulfs you, and of course, the occasional bullet whizzes by your ear. It’s not aggressive, by any means, but makes marvelous use of the lossless codec to employ the softest of atmospheric effects for a realistic approach. Dialogue, although intelligible, does suffer from some occasional clipping. 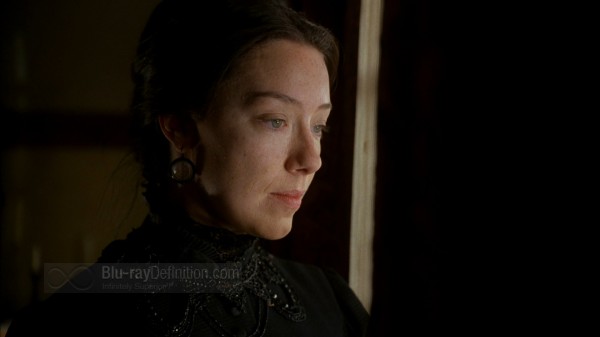 Every disc in the collection has at least one, and often times two or three audio commentaries for specific episodes. The cast members as well as writers and producers are brought in for commentary duties. Each season also has a bonus disc with featurettes that are very interesting. They don’t just have the typical, promotional “making of” type featurettes, but also featurettes with scholars on the real Deadwood so viewers can get a history lesson while enjoying this great series. 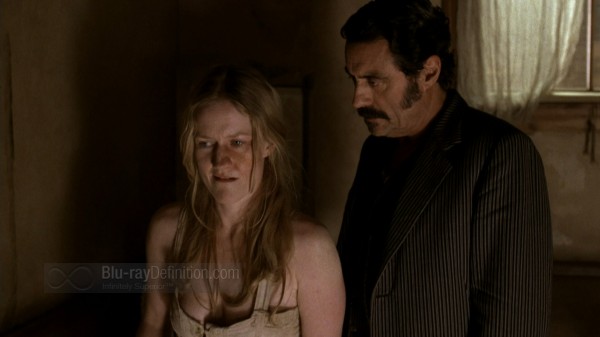 Deadwood: The Complete Series is the perfect archive of this marvelously intriguing series. It not only spins a wonderful tale of violent, gritty, historical fiction, but its numerous extras also help educate on the real life of the people of Deadwood. Highly Recommended. 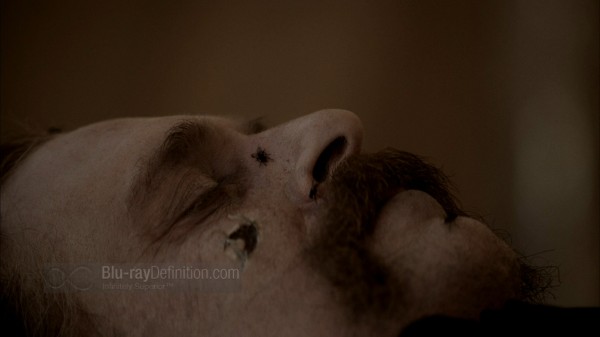 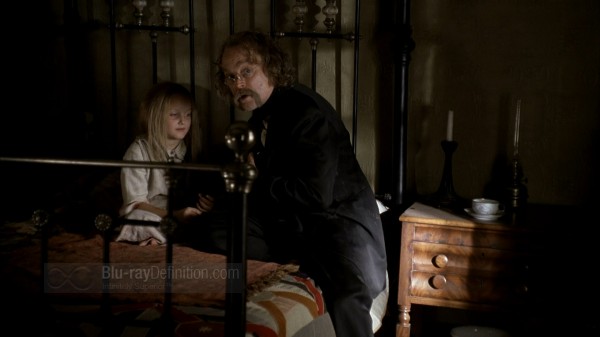 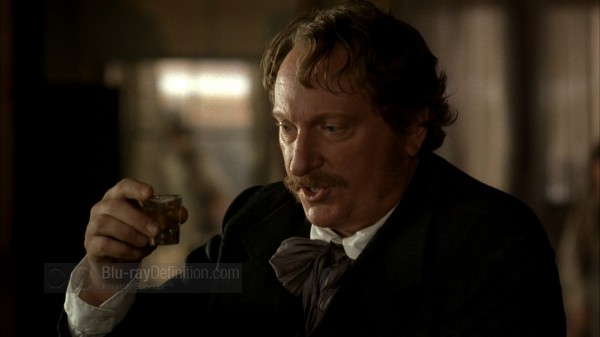 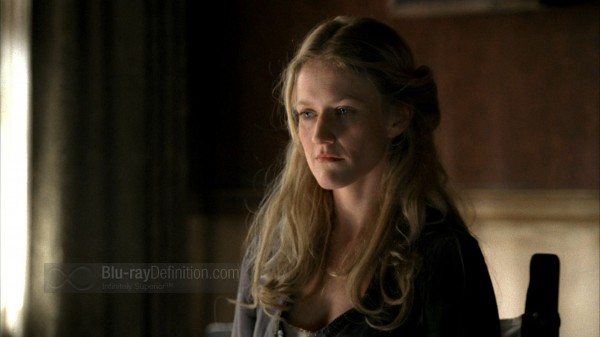 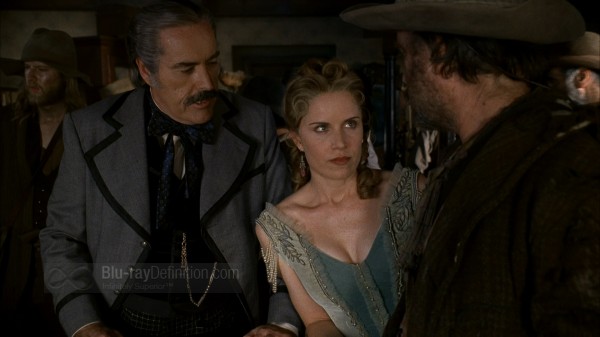