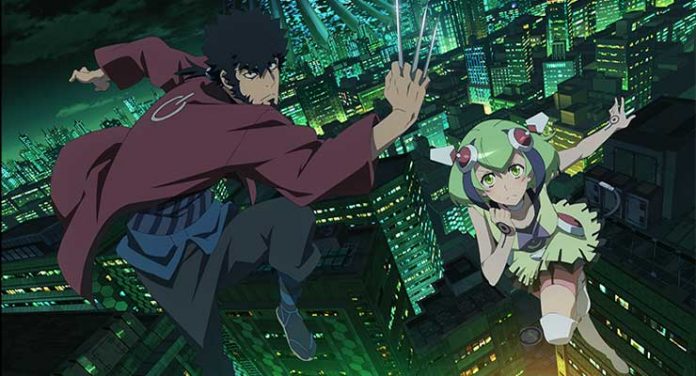 Dimension W is based on the Japanese manga series written by Iwahara Yūji. This sci-fi action series is set in the near future in the year 2072 where a fourth dimensional axis has been proven to exist. Scientists have invented a way to use the fourth dimension as an inexhaustible power source to power the entire planet. New Tesla Energy and governments around the world built sixty giant towers placed throughout the world to draw energy from the newly discovered fourth dimension, named “Dimension W” stabilize it, and feed the energy needs of the planet. Using registered remote coils that send information back to the New Tesla Energy company, people everywhere can tap into the energy source to power all of their devices, including robots, which brings us to the story’s main protagonists, Mabuchi Kyōma and Yurizaki Mira. Kyōma is a bounty hunter known as a “Collectors” who hunts illegal coils that don’t send information back to New Tesla Energy and Mira is the android daughter of New Tesla’s dying founder. During one of his missions to confiscate coils, Kyōma comes across Mira whom is herself trying to gather the coils in order to help save the life of her “father.” After Mira’s father vanishes after setting off an illegal and experimental new coil when New Tesla representative come to his house to convince him to come back and work with them, Mira decides to work with Kyōma tracking down the illegal coils.

The relationship between Kyōma and Mira is what makes Dimension W most interesting. Kyōma is a loner who has sworn off coils and technological advances and now, ironically, by the proverbial twist of fate, he is put together with Mira, a highly advanced android who has advanced human mannerisms and believes herself to be a real girl despite the only outward appearances that mark her as inhuman, such as a metallic “tail” power cord and permanent electronic headgear. Although he is undeniably irascible and outwardly insulting toward Mira, often calling her a “piece of junk,” there’s a bit of a big brother bond that develops as the pair track the coils and uncover what is a tangled conspiracy involving New Tesla.

The plot points in the story arc for Dimension W do become a little confused — the series’ weakness without a doubt – but it is the adventure and action that keeps it alive and Mira’s “coming of age,” so to speak, as she begins to thrive in the world of humans, constantly seeking to be a real girl and be treated as such that gives it a heart.

The animation from Studio 3Hz and Orange is often stunning. It’s colorful, consistent, and eye-catching, although it does evoke many of the series we’ve seen in similar genres. The character design of Mira, in particular, reminds me of some of the more fan service series like Heaven’s Lost Property, just as an example. 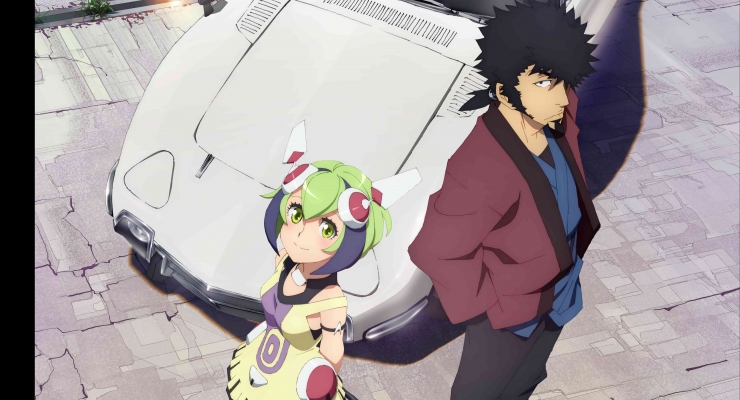 Dimension W comes with a quite stunning AVC 1080p encodement framed at 1.78:1 on Blu-ray from Funimation. The visuals are colorful and the detail is crisp. There is very little in the way of motion artifacts outside of some obvious aliasing that can be noticed around the 3DCG objects like automobiles and such; that could very well be inherent to the source and not a byproduct of the transfer.

Dimension W comes with the original Japanese-language track in a stereo Dolby TrueHD 2.0 mix and an English dub in a Dolby TrueHD 5.1 mix. Neither of these mixes yields exceptional quality. The 5.1 mix has very little dynamics, is mastered at a somewhat low volume, and only provides some low-level atmospherics with very little discrete effects in the surround channels. The 2.0 mix has even worse dynamic range than the 5.1 mix and is mastered even lower, surprisingly, however, I found it sounded good when reprocessed to a faux “immersive” mix on my Atmos setup and nearly sounded like a discrete mix. This made listening more tolerable. That said, both voice casts were pretty good although the actual English translations didn’t always work for me.

Dimension W doesn’t disappoint in the special features department, providing two audio commentaries and an OVA. And this being Funimation’s first release where the distributor was involved on a production level from the beginning, there is also a lengthy, multi-part production diary featurette worth watching that covers the Japanese and English side of production. The Limited Edition offers up art cards and a glossy chipboard slipcover for the collectors out there.

A beautifully animated and designed sci-fi action series that has a little bit of weakness in its plot, but makes up with it with two compelling protagonists and a stunning Blu-ray release.

3.8 / 5 TheaterByte Rating
{{ reviewsOverall }} / 5 User Rating (0 votes)
TV-14TV Rating
Studio 3Hz | OrangeAnimation Studio
Funimation EntertainmentDistributor
Kamei KantaDirector
Suga ShōtarōWriter
300 MIns.Run Time
23 May 2017Release Date
$84.98MSRP
1.78:1Aspect Ratio
AVC 1080pVideo
Japanese Dolby TrueHD 2.0 StereoAudio
English Dolby TrueHD 5.1Secondary Audio
EnglishSubtitles
The Story
The Animation
The Video
The Audio
The Dub
The Supplements
Summary
In the not too distant future where a fourth dimension is discovered that powers the world with an inexhaustible source of energy, a Luddite bounty hunter and an android with advanced human characteristics team up to chase down illegal power users and uncover a conspiracy in the world's power company monopoly in this action-packed, beautifully animated and designed series.
What people say... Login to rate
Order by: