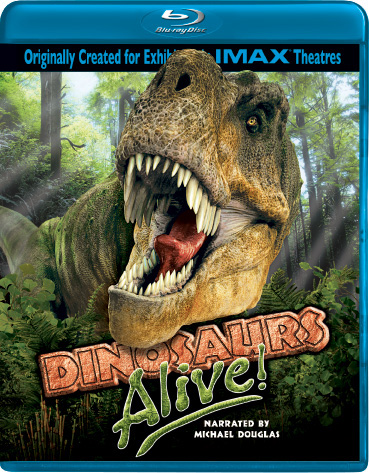 When it comes to IMAX demonstration films, one has to expect that they are going to be short on deep scientific exploration and long on fantastic sound and images. Dinosaurs Alive! is no exception to this rule. The 40-minute documentary film does not offer anything new in the way of information on dinosaur studies, but its easy language and numerous CG animated images of dinosaurs brought to life is meant to offer a fun exploration of this branch of scientific exploration for families and their young ones. 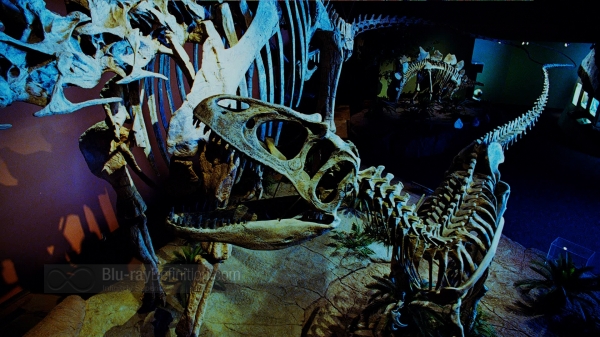 The film focuses mainly on a 1920’s expedition in the Mongolian desert and a modern dig in New Mexico and it offers many beautiful vistas of red cliffs and desert sands. Interspersed in the live footage are the CG animated sequences of the dinosaurs. Unfortunately, these sequences are underused, so younger children may lose interest and the animation is at a rudimentary level as well.

Actor Michael Douglas narrates and imparts as much drama as he can to the material. Ultimately, however, Dinosaurs Alive! feels more lifeless than alive. There are more riveting IMAX exhibition films out there for certain. This one struggles to hold one’s interest. 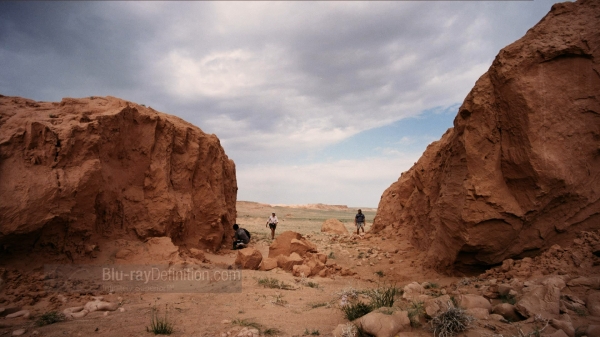 Another IMAX Blu-ray release, another brilliant video encoding. This 1.78:1 1080p/24 VC-1 encoding from Image Entertainment and the folks at Big Picture DVD looks superb. Detail is sharp, colors are vivid and shadow detail is excellent. The CG sequences show amazing clarity. The only thing keeping this release from being perfect is the varying presence of grain, which becomes very obvious from scene to scene. At times, Dinosaurs Alive! looks completely clean, others, it shows a fine layer of grain. I have no problem with the grain, it’s just that the constant change in appearance continually throws viewers out of the moment. 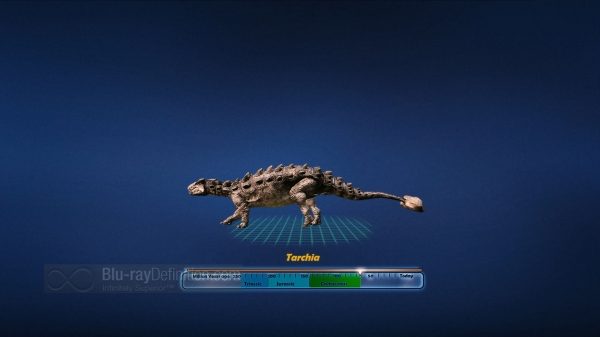 To go along with the eye candy that is the video transfer, Dinosaurs Alive! has been provided with a big, reference quality English DTS-HD Master Audio 5.1soundtrack. Michael Douglas’ narration is full and clear in the center channel, foley effects encompass the user in a complete 360° soundfield, and there are good dynamics. When need be, low frequencies are quite resonant. Everything is held together by a nice amount of ambience panned throughout the soundstage. 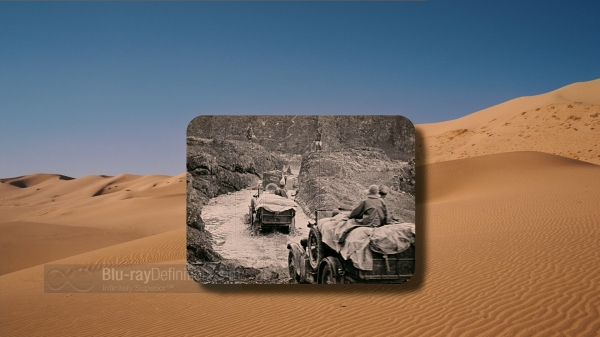 The supplements on Dinosaurs Alive! fall in line with the standard for these IMAX releases that we have seen so far from Image Entertainment. There is not much compelling, not even on the BD-Live connection, but this time out the “Making of” featurette has finally been provided in high definition, which is a move in the right direction. 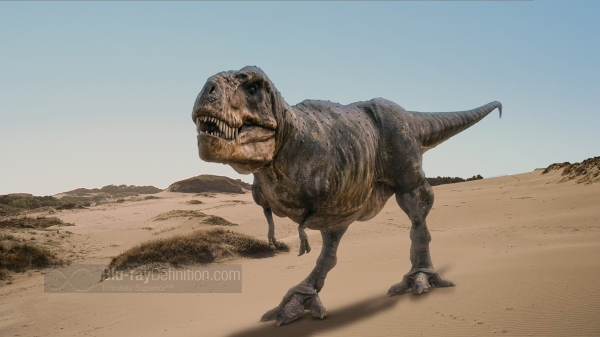 While Dinosaurs Alive! certainly offers typically reference material for your home theatre system, the content it offers it less than satisfying. When IMAX documentaries move into this sort of territory, they begin to compete with some of the best nature documentarians out there, like the BBC releases, and this falls far short of anything like that. Still, it offers brilliant eye candy with marvelous sound and that is what IMAX is all about.