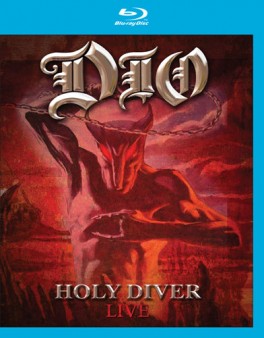 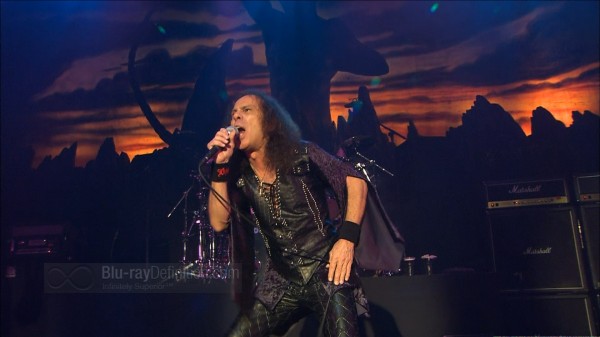 Ronnie James Dio died of stomach cancer in May of 2010, but in his wake he left a heavy metal legacy that will be felt and remembered for years to come. The frontman with the medieval fetish probably had one of the toughest tasks in show business. Like Sammy Hagar stepping into Van Halen to take over from David Lee Roth, Dio had to fill the shoes of Ozzy Osbourne in Black Sabbath, one of, if not the most, legendary metal bands of all time. Ronnie James Dio had already been successful fronting Rainbow, but it was still an awkward task.

After Sabbath, Dio started his own band, named it after himself, and their first album, 1983’s Holy Diver, became an instant success on the strength of two music videos that MTV put into regular rotation, “Rainbow in the Dark” and the title track.

This 2005 concert captures Dio at London’s Astoria Theatre on October 22 on the last night of a British Tour for the band’s Master of the Moon album. On this particular night, however, the band would perform the classic Dio album Holy Diver in its entirety.

The show started out with a sprinkling of Rainbow and Sabbath tracks, like “Tarot Woman” and “The Sign of the Southern Cross” and Dio’s “One Night in the City” before the main event.

Dio, the man, was backed by Simon Wright on drums, Doug Aldrich on guitar, Rudy Sarzo on bass and Scott Warren on keyboards. The only thing keeping the performance from being absolutely perfect, was the fact that this is not the original lineup, but, alas, Dio is a band with a lineup that has been in flux since the 80’s.

The performance, nevertheless, was pitch perfect. Dio’s voice sounded like it hadn’t aged a day. The classic and popular numbers like “Rainbow in the Dark” and “Holy Diver” never sounded more energetic. In the liner notes, Ronnie James Dio is quoted that some of these songs have never been performed live, so this is a real treat for Dio fans. 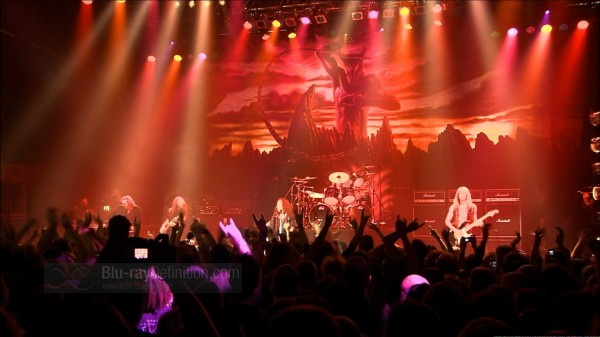 Video quality for live concert discs is always so dependent on so many factors, such as lighting choices, the varying quality of different cameras in use and so on. With this Dio disc, the lighting and the cameras have a bad effect on the image. One camera in use is definitely not high definition and the lighting and visual effects choices mean less-than-natural skin tones at times. Other than that, there aren’t many visible artifacts and the 1080i/60 MPEG-4 encoding pretty much does the job for a concert release. 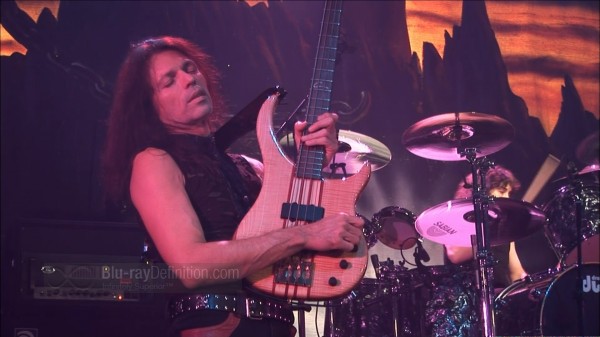 The DTS-HHD Master Audio 5.1 mix that is provided on this release is mixed from the typical audience perspective, but ambience in the surrounds is a bit low. Audience noise is minimal, but dynamics are narrow. The vocals a clear and audible and there is a reasonable amount of instrumental separation for this sort of music with solid, muscular midrange and beefy low frequencies.

The PCM 2.0 mix is mastered at a much lower level and it seems to have a bit more breathing room and little bit more dynamic range, but the high frequencies sound “tizzier.” I’d skip the Dolby Digital 5.1 (448kbps) mix entirely, because it is pushed even more than the DTS-HD Master Audio mix. 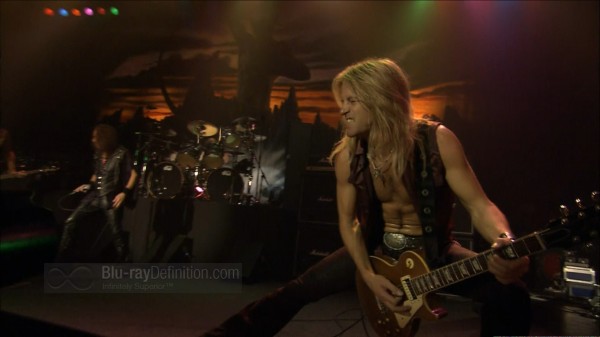 There’s nothing very special at all about the weak extras included on Dio: Holy Diver Live which consist only of a brief, 11-minute featurette that includes a few short backstage interviews with the band members discussing their tour. Perhaps they could have included some sort of tribute to Ronnie James Dio or something on here, but they didn’t. 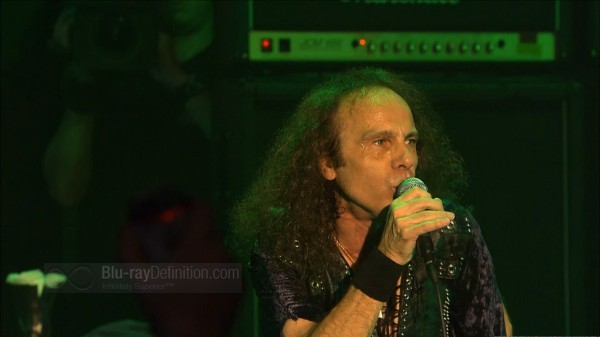 Holy Diver Live rocks and it’s a fitting tribute to a man who forged an unforgettable heavy metal legacy. 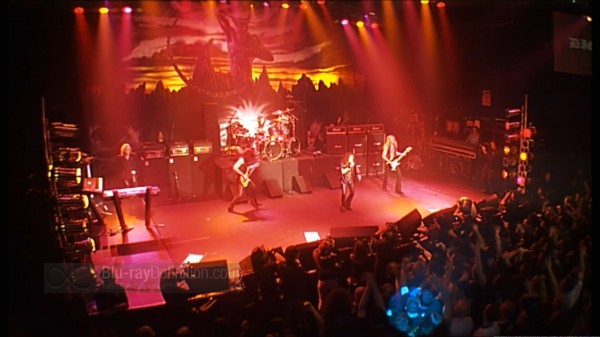 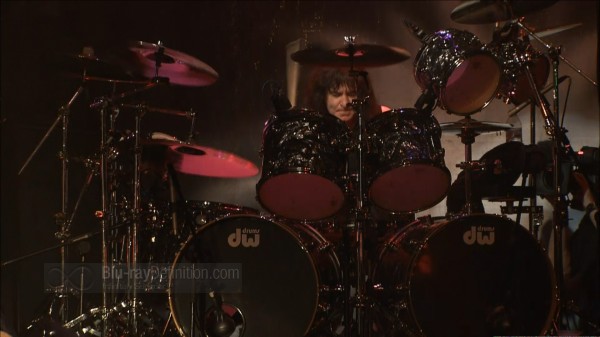