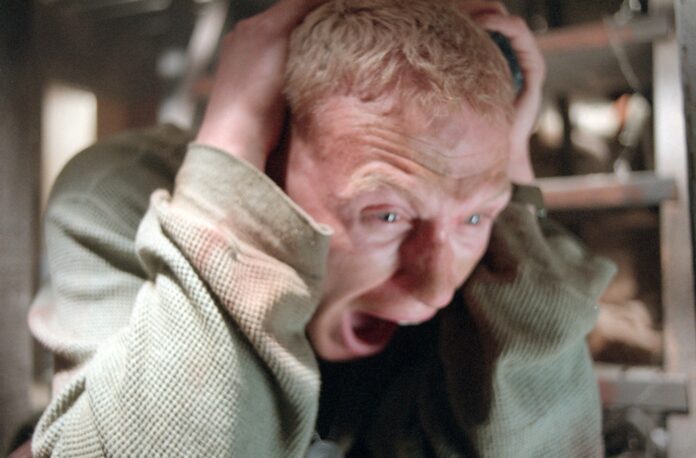 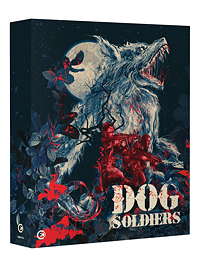 Dog Soldiers is the 2002 indie horror/comedy from writer/director Neil Marshall. It follows a group of soldiers on a routine training mission in the Scottish Highlands. They would all rather be at home watching the soccer, er, football game, but instead they end up in the middle of nowhere doing this training mission, which puts them in danger. Things turn ominous on the first night when the carcass of a cow lands on their campfire. The next morning they stumble across badly wounded Special Ops Captain Richard Ryan (Liam Cunningham) and the remains of his squadron and are attacked by a giant werewolf. They only survive when they are saved by zoologist Megan (Emma Cleasby), who explains to them what the creatures are. The group then hole up in a cottage in the woods as a pack of the werewolves lurk outside.

Dog Soldiers really works as a horror comedy despite never relying on gags or overt comedy. It is the interaction of the soldiers that infuses the comedy and some of the ironic situations they find themselves in. Neil Marshall makes the most of the surroundings as well. What could have easily become a stagnant, and claustrophobic film as the group of soldiers and the doctor try to keep safe in the tiny cottage stays high energy and intense straight through. Visually, he saves the payoff on the werewolves mostly for the final act, and the practical visual effects for them as well as the dancers hired to inhabit the costumes work wonders.

Dog Soldiers was originally shot on Super 16 and arrives here in a new 4K restoration from the original 16mm camera negative approved by director Neil Marshall and director of photography Sam McCurdy. The 4K Ultra HD comes in a 1.85:1 HEVC 2160p (4K UHD) Dolby Vision encodement. There is only so much resolution that can be squeezed out of a Super 16 source, but this is one of the better transfers I have seen and the 4K format does do a good job presenting it as naturally as possible, with good grain and about as much depth of field as possible. The Dolby Vision adds more depth and contrast, with good black levels and nice ‘pop’ in the specular highlights in flames and lights even if the nuance in colors isn’t quite as much as it would have been had this been taken from. 35mm, 65mm, or digital 4K source.

Second Sight provides Dog Soldiers with lossless English DTS-HD Master Audio 5.1 and DTS-HD Master Audio 2.0 stereo audio mixes. The 5.1 mix is a solid presentation that has some good atmospherics in the surrounds with some mild, solid sound effects mixed into the rear at times. There is wide stereo panning and good dynamics. The big, bombastic effects such as the explosions of cars have big, extended low-end effects. The 2.0 mix collapses quite a bit but still has strong stereo imaging and clear dialogue.

Second Sight continues to impress with their limited edition collections of these classic and cult films, making them undeniably collectible with the gorgeous artwork, book, art cards, and multiple audio commentaries and featurettes.

An overlooked gem of the werewolf genre that deserves to be mentioned in the same breath with American Werewolf in London. It takes a different approach but turns out just as funny and fun. Second Sight offers it up in a strong 4K release that is as good as it gets.

Load more
Dog Soldiers (Limited Edition) (4K Ultra HD Blu-ray Review)A group of soldiers on a training mission in the Scottish Highlands find themselves under attack by a pack of werewolves while holed up in a cottage with a wounded special ops officer and a zoologist who helped rescue them.