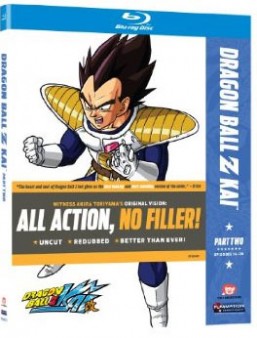 Editor’s Note: Portions of this review not specifically related to this release were previously published. 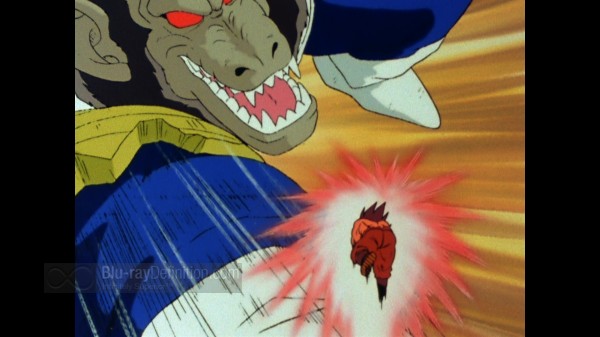 Dragon Ball Z Kai arrives in celebration of that 25th Anniversary. It is not a new series, but rather a rebuilding of Akira Toriyama’s Dragon Ball Z anime. The Toei Animation Co. has gone back to the original drawings and animation cels to redo the series, being that most of the cels were destroyed when the series originally ended in 1996. New frames were added and the original series was shortened from over 200 episodes to just 100 episodes, to create a more compact, action-packed version of Dragon Ball Z.  The original English voice cast was also brought back to re-record their parts for this revitalized version of the Dragon Ball saga.

For those unfamiliar with the tale, Dragon Ball follows a boy named Goku who arrives on Earth mysteriously and grows up to become a great warrior. He befriends a girl named Bulma and together they go on a quest to seek out seven mystical Dragon Balls, powerful charms that when brought together have the power to summon a magical dragon that can grant wishes, such as bringing people back from the dead.

Dragon Ball Z and Dragon Ball Z Kai pick up when Goku is an adult and he meets his older brother Raditz. Raditz tells Goku that they are from a powerful alien race known as the Saiyans and they are meant to destroy everyone on Earth. Goku and his one-time nemesis Piccolo fight off Raditz with aid of Goku’s son Gohan, but Goku dies in the process, going to the afterlife where he must seek the aid of King Kai to train him.

Meanwhile, it is up to Goku’s friends to stand against the remaining two Saiyan’s making their way to Earth, including the powerful Prince Vegeta, until Goku can complete his training and be wished back to life with the Dragon Balls.

Part Two of Dragon Ball Z Kai contains episodes 14 – 26 of the series and continues from Part One’s cliffhanger. With a nearly relentless amount of action, the second part finds Goku and the Earth in further peril when more evil characters are introduced into the story. Frieza, a violent galactic overlord, has found the source of the original Dragon Balls, will destroy all in his path to control them and use them to gain immortality. But with Goku’s body battered from battle and pushed way beyond its limits, it’s up to his young son Gohan to travel to Namek to defeat Frieza and Vegeta and keep them from controlling the wishing power of the Dragon Balls. 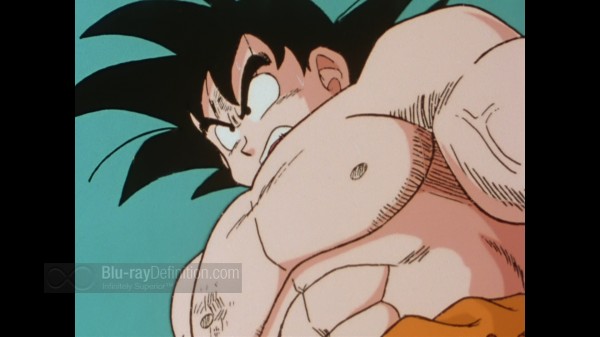 Just as on Part One, the original 1.33:1 aspect ratio is maintained in this AVC/MPEG-4 1080p/24 encoding of Dragon Ball Z Kai: Part Two. Toei Animation Co’s. hard work in going back to the original drawings and restoring Dragon Ball Z has paid off. The picture still shows some inconsistencies in color reproduction and fills with a little noise, but this native HD transfer is still one of the better transfers from Funimation. Film grain is present, although there is some softness to the overall picture and line art. Some areas of black fill look a little faded and greyish. The colors don’t necessarily leap out at you in this presentation, but I believe that is the intent of the animators rather than a result of this transfer. 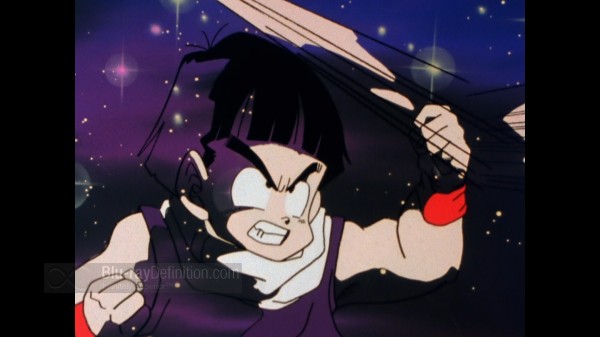 Both the re-recorded English soundtrack in 5.1 and Japanese soundtrack in 2.0 are provided in lossless Dolby TrueHD.  The English soundtrack is rather good with much less edginess to the high frequencies that is normally associated with Funimation soundtracks, which seems to be a growing trend among their releases of late. The recording levels are still pushed a bit, requiring me to listen a full 5db lower than normal, but dynamic range is still good. Low frequencies are deep and tight if not resounding. There is some use of the surrounds for discrete sound effects and dialogue is clear, especially the narrator’s voice in the centre channel. 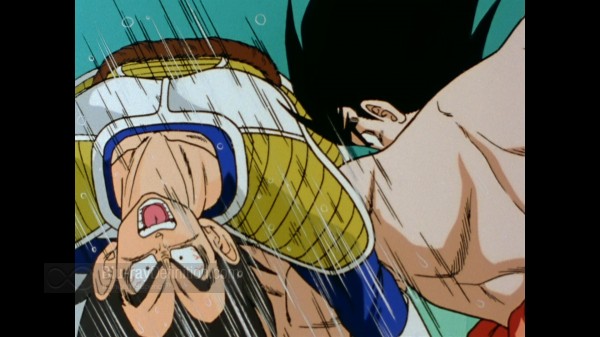 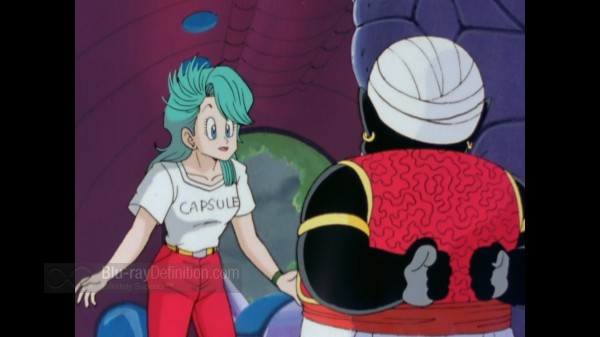 Dragon Ball Z Kai: Part Two continues the relentless action of the Dragon Ball Z Kai series and kicks it into overdrive! Each successive episode is better than the last in this energetic retelling of the classic anime tale. 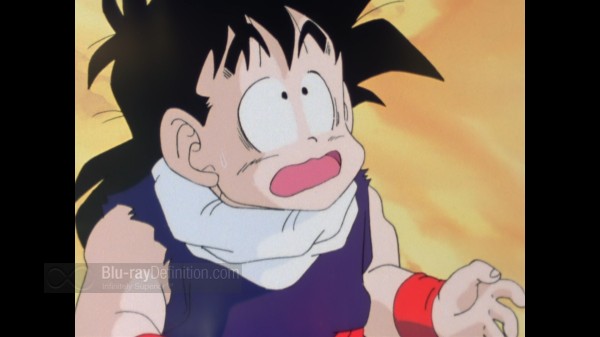 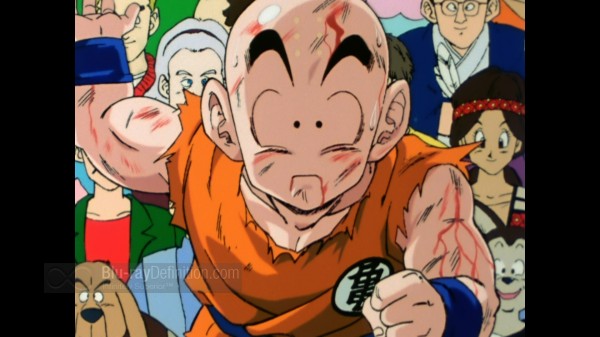 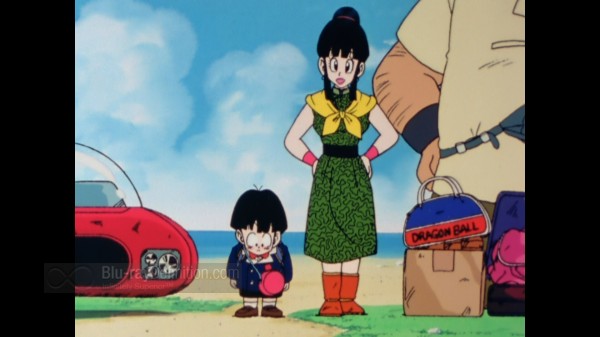 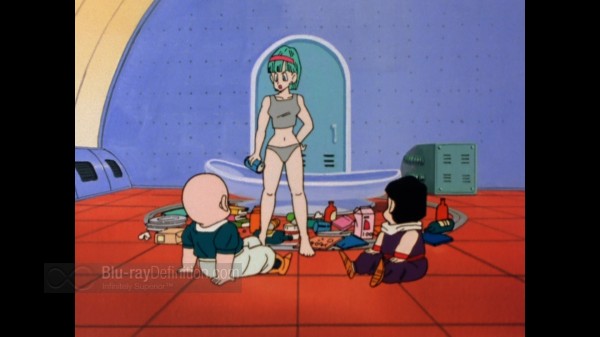 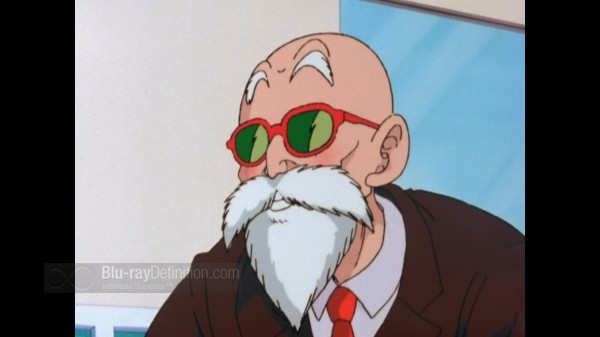