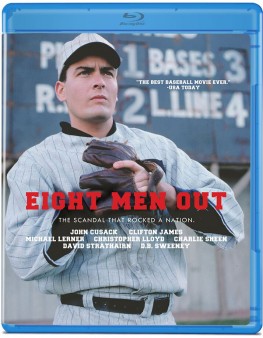 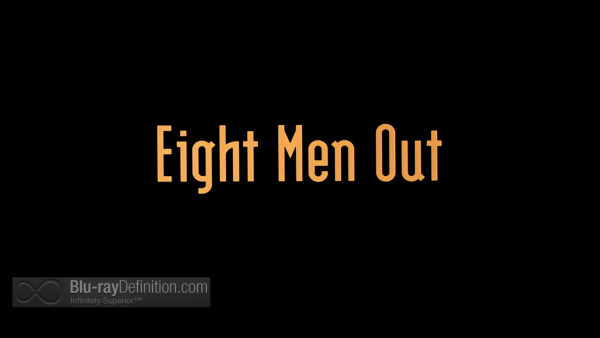 Writer/director John Sayles’ 1988 film Eight Men Out, considered one of, if not the best, baseball films ever made, is based on the novel by Eliot Asinof. It recounts the infamous fixing of the 1919 World Series by a gambling syndicate – purportedly headed by big time New York mobster Arnold Rothstein (played here by Michael Lerner) – and the several Chicago White Sox players they were able to wrangle into their scheme.

The appeal of Sayles’ film, even for non-sports fans, is its historical accuracy. He convincingly takes us back to the early 20th century, and offers us a glimpse of a group of professional athletes far removed from the untouchable millionaires with sneaker contracts we are so familiar with today. The star-studded cast of young actors – Charlie Sheen, John Cusack, D.B. Sweeney, and David Straithairn among them – all come across as real ballplayers, and struggling ones at that, thanks to some excellent on screen athleticism and reserved dramatic angst.


White Sox owner, Charles ‘Commie’ Comiskey (Clifton James), is a pinchpenny who, despite the nearly miraculous season his players are having, won’t pay them much. There’s a particularly telling scene where pitcher Eddie Cicotte (Straithairn) goes to Comiskey, hat in hand, at the end of the season begging for his promised bonus. Comiskey sends him away empty handed. Cicotte didn’t make the 40 required games played to collect, falling one game short, but it’s implied that Comiskey purposely held him out for weeks during the season knowing full well it would stop him from getting his bonus.

So when the players are approached to fix the series, told they can make more money just to play a little badly for a few games than they can make from the miser Comiskey, it is a decision they make out of need, not necessarily greed. At least that’s how Eight Men Out tells it, and it works, because we don’t really feel like they are villains, especially not the few guys who are dragged along into the scheme despite not wanting any part of it, like the idealistic Buck Weaver (Cusack), who plays hard straight through the series, but gets caught in the ensuing scandal anyway.

Sure, Eight Men Out lacks the sort of feel good spirit that most sports films have, such as Field of Dreams, for instance, but that’s not necessarily a bad thing. This is sort of the antidote to all of those “play hard and win the day” sports films, for better or worse. 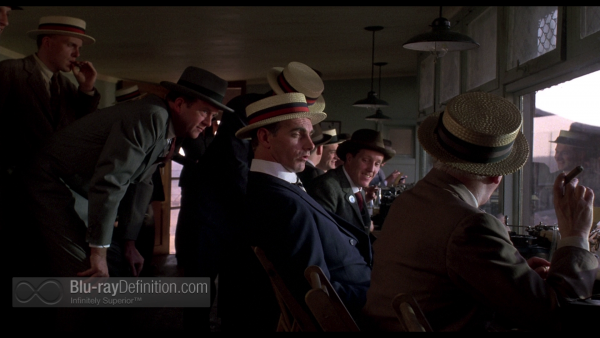 Eight Men Out comes to Blu-ray in an AVC/MPEG-4 1080p encodement from Olive Films that looks organic and free from major flaws like an abundance of source damage or obvious edge enhancement and compression noise. That being said, there are a few minor scratches here and there that can be spotted, and some frames look very soft and grainy in comparison to others that are very crisp and crystal clear. Overall, it’s not an A+ catalogue release, but pleasing on the whole, with good color reproduction and not too many major flaws to get in the way. 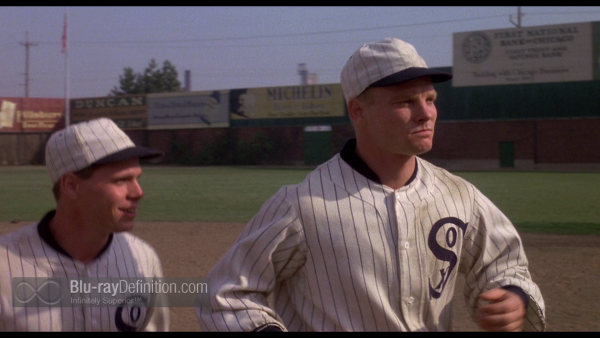 The original monaural soundtrack is offered up in a fine DTS-HD master Audio 2.0 (48kHz/24-bit) track that gets the dialogue clean, and the din of the ballgames sounding rather natural despite the channel limitations. 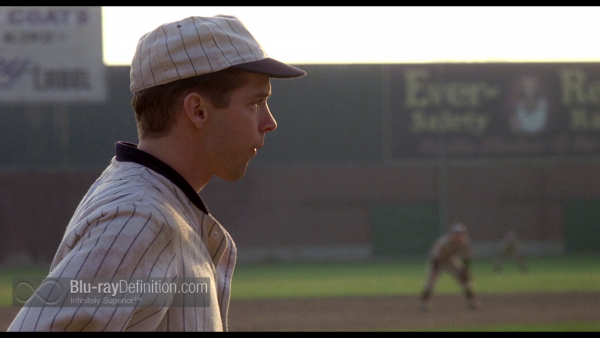 Unlike most Olive Films releases, which are barebones, Eight Men Out gets a few extras in the way of a feature length audio commentary from director John Sayles, a nearly hour-long retrospective documentary (1080p/24) with interviews, and theatrical trailer. 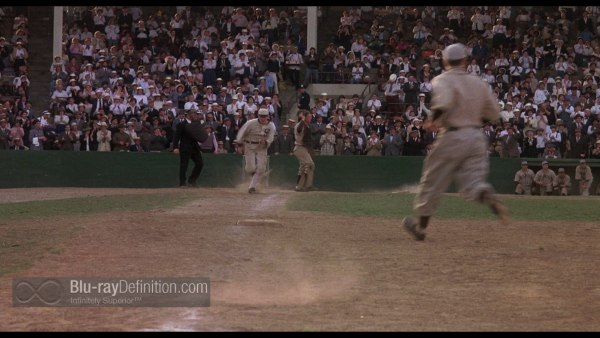 Eight Men Out is one of the more successful sports films because it avoids most of the saccharine pitfalls of the genre and opts for historical accuracy and relevance while covering one of the less heroic events in sports history. It arrives in a decent Blu-ray release from Olive Films. 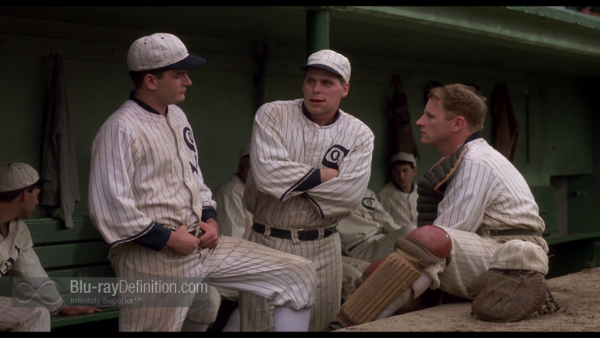 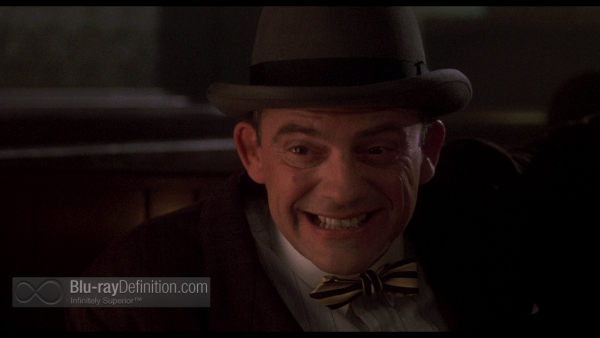 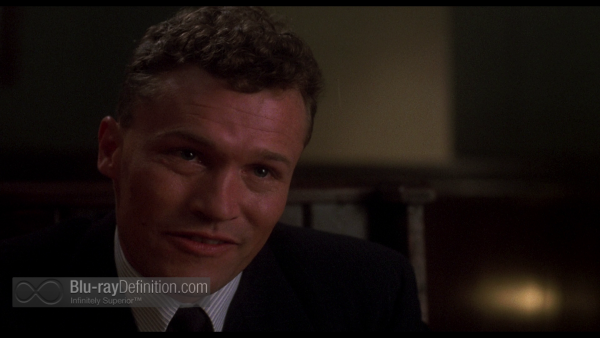 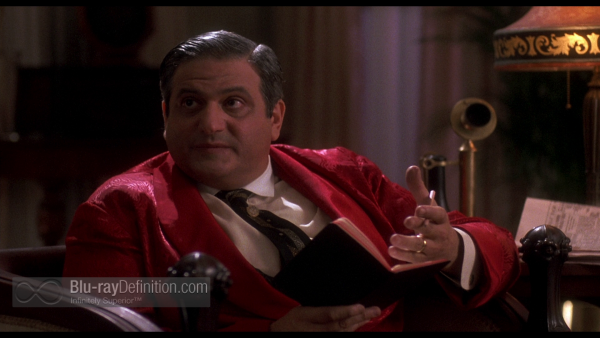 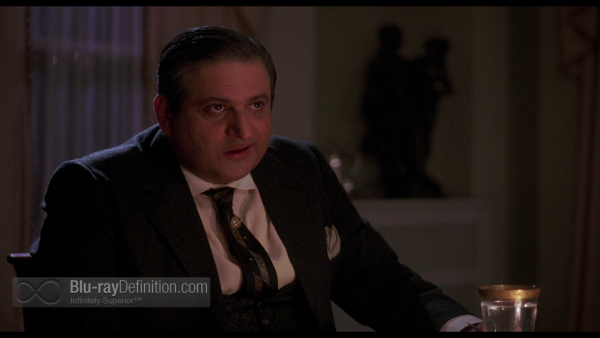 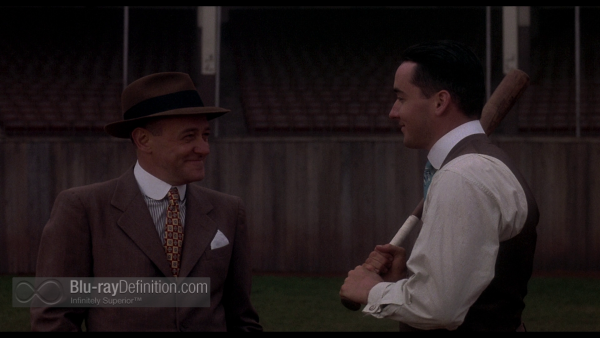 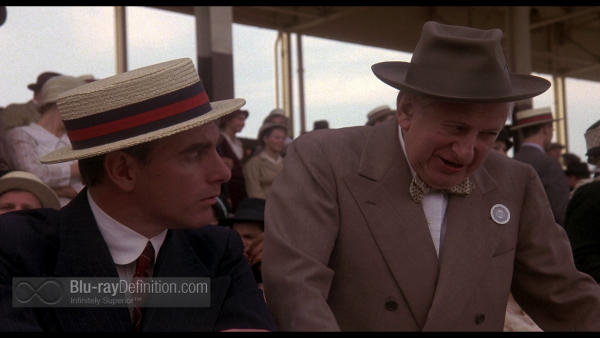 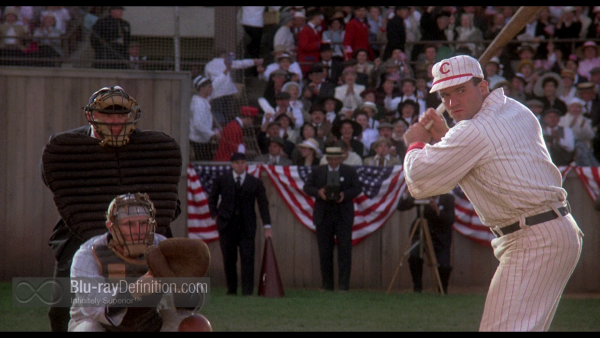 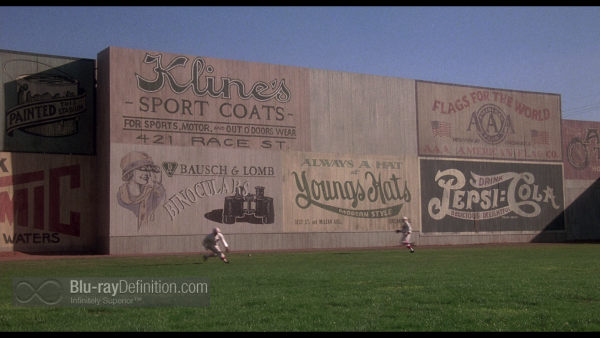 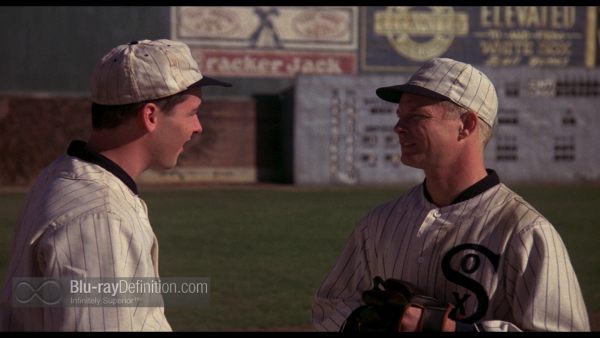 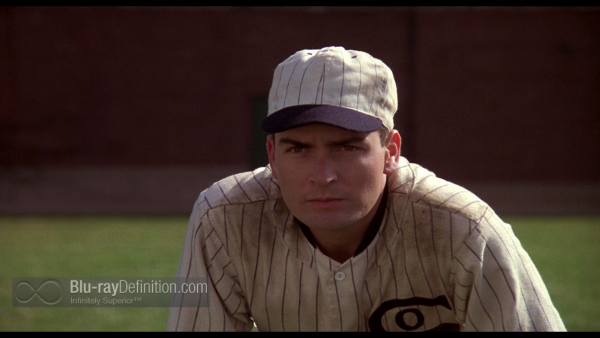 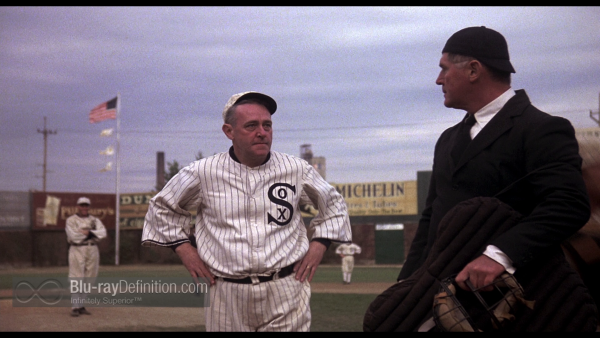 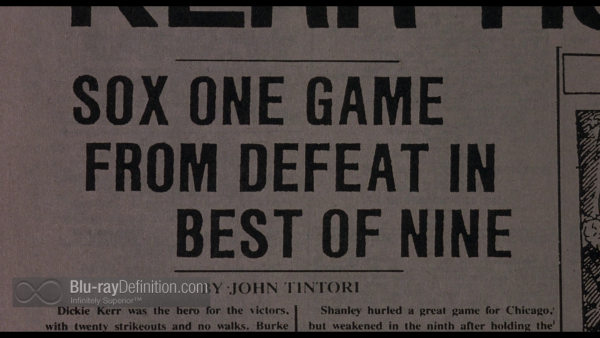 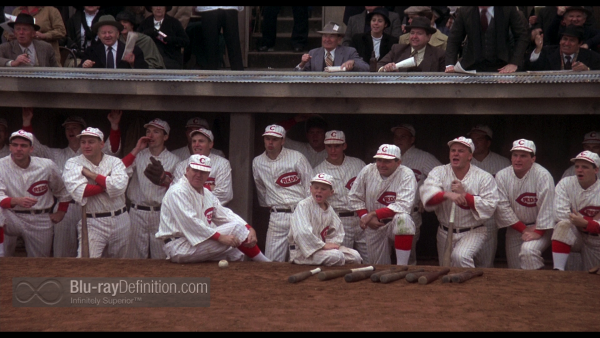 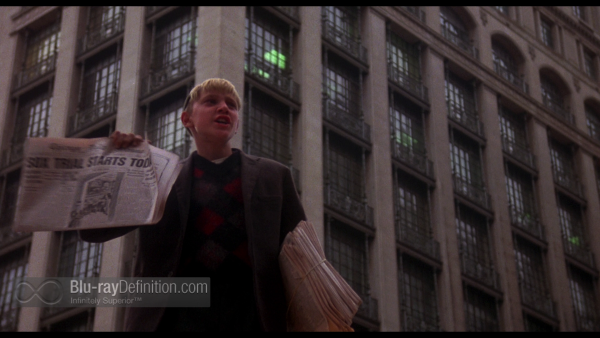