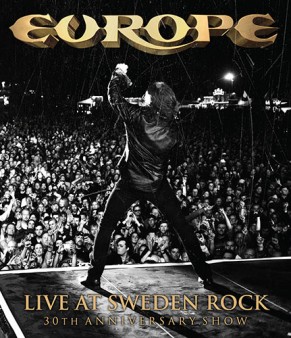 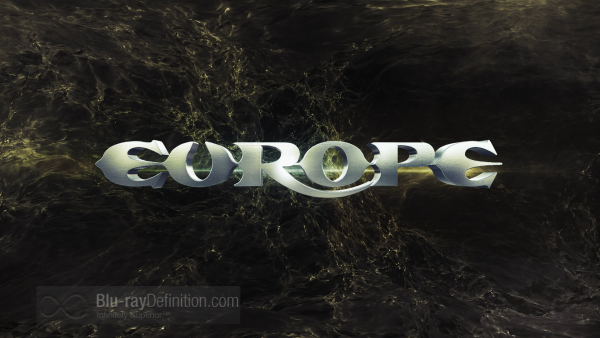 In the world of heavy metal pop, bands come and go with the frequency of the tides — here today, gone tomorrow.  Swedish group Europe, humbly named after one of the seven continents, celebrated its 30th anniversary in 2013 and marked the occasion with an epic concert at the Sweden Rock festival. With original members, Joey Tempest (vocals) and John Norum (guitar), and “newer” members Mic Mchaeli (keyboards), John Leven (bass) and Ian Haugland (drums), Europe delivers a generous playlist of their favorites: 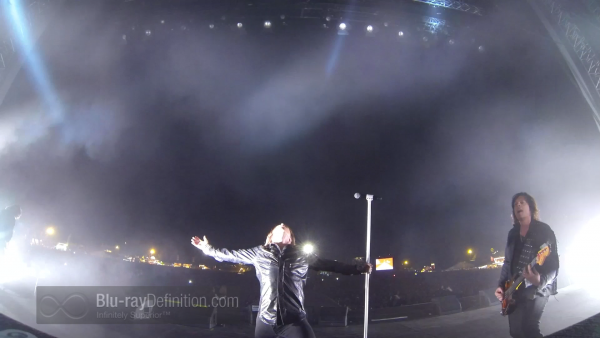 Heavy metal groups that have stayed around as long as Europe stems from the talent of the players and their ability to survive the incredible physical demands that this genre places on their voices, ears, and hands. Case in point, guitarist John Norum’s fabulous solo work on “The Girl From Lebanon” or Haugland’s drum solo version of Rossini’s  William Tell Overture. Of course, the heart and soul of this band is the voice of Joey Tempest (born Rolf Magnus Joakim Larsson) whose performance and appearance belied his AARP membership-eligible age. The acoustic set that appears out of nowhere is a testament to the ability of these guys to really play their respective instruments. 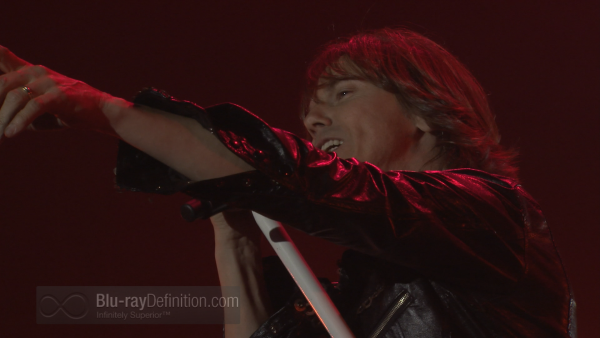 The film suffers from the obvious video noise of a night-time shoot and the less than hi-def quality of the final product. That aside, the camera crew gives us a darn good account of what must have been a once-in-a-lifetime event for thousands of Europe groupies. 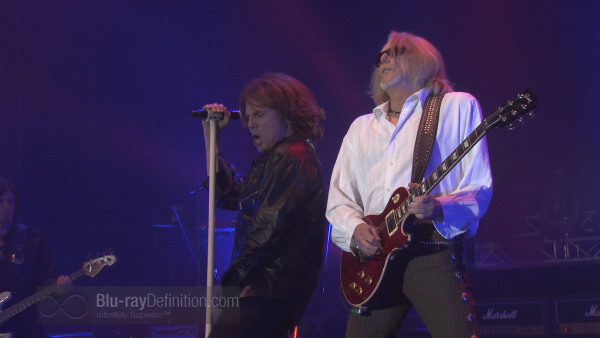 Given the lossy Dolby Digital 5.1 48kHz/16-bit soundtrack as the preferred audio option, we do not get  the last word in sound that should have been due a powerhouse concert. That said, and overlooking the relatively flat presentation of the 5.1 channel version, this is still good music, clearly presented. 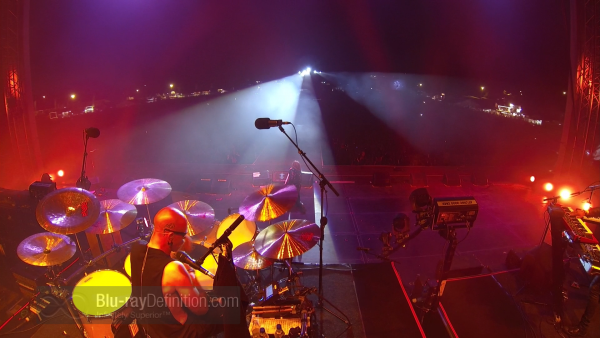 There is a booklet with tributes from the current group members. In addition, we get 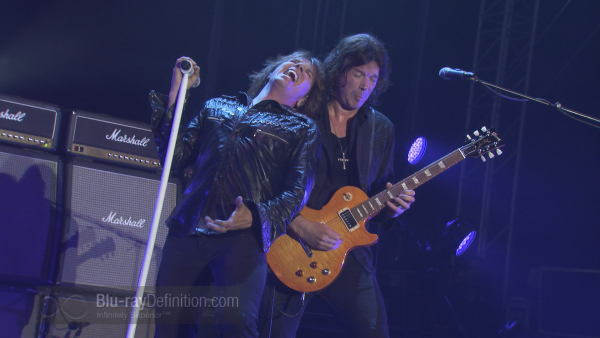 For those unfamiliar with Europe, this Blu-ray will be an ear-opener that is well worth your attention. The playlist has enough variety to keep this program from becoming the usual ear-bleeding, head-banging, often monotonous heavy-metal affair. Lead singer Tempest and company are a bunch of great musicians who never wear out their welcome during their two and a half hours of stage time. Aided and abetted by thousands of adoring fans, this is an anniversary concert that will thrill and delight Europe’s fans and is likely to bring many new fans into the fold. 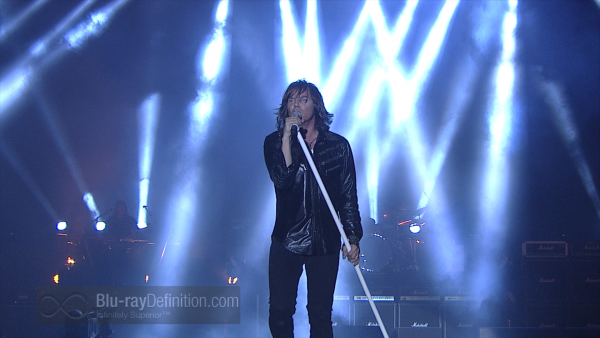 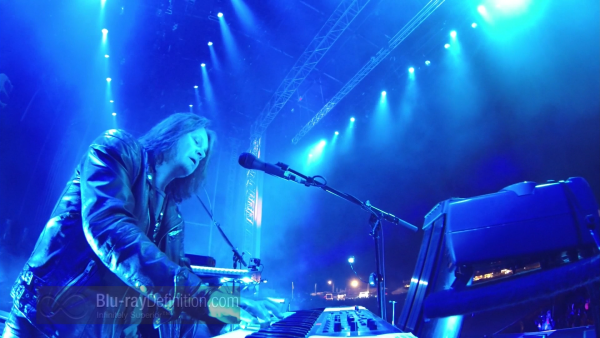 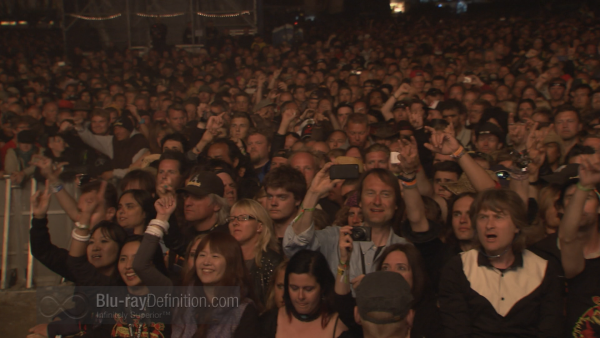 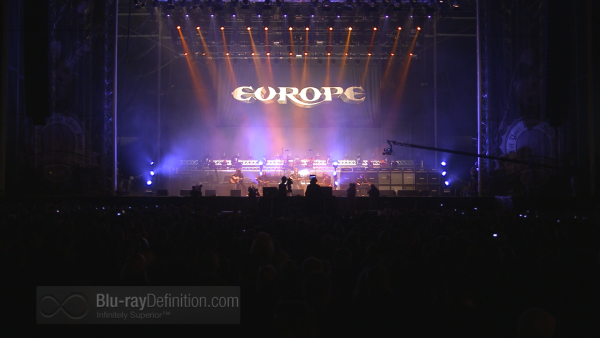 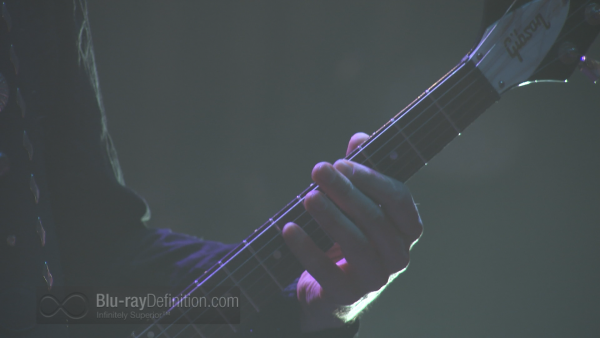 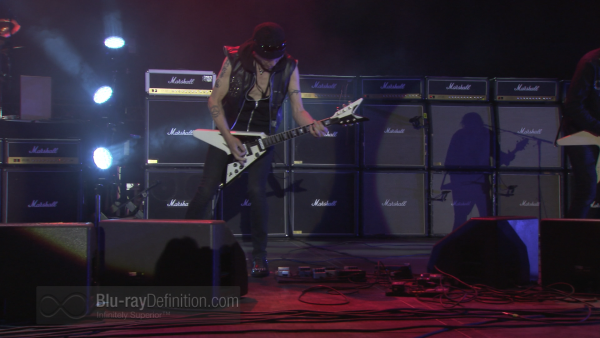 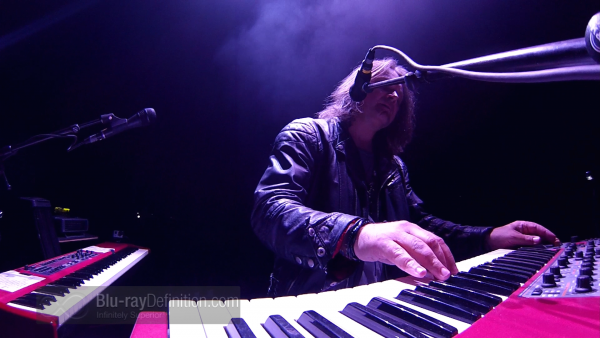 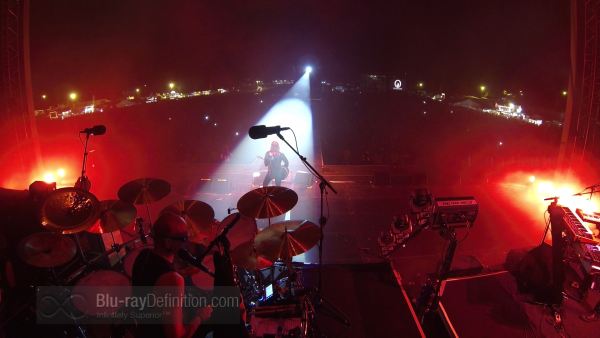 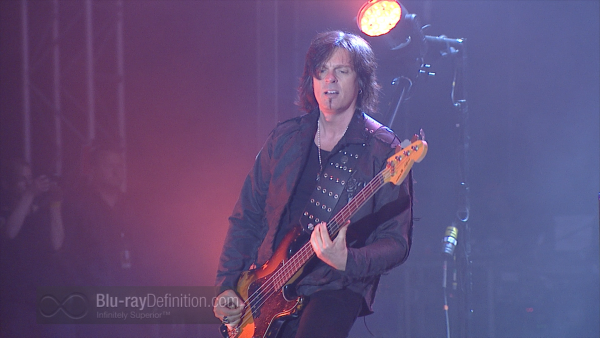