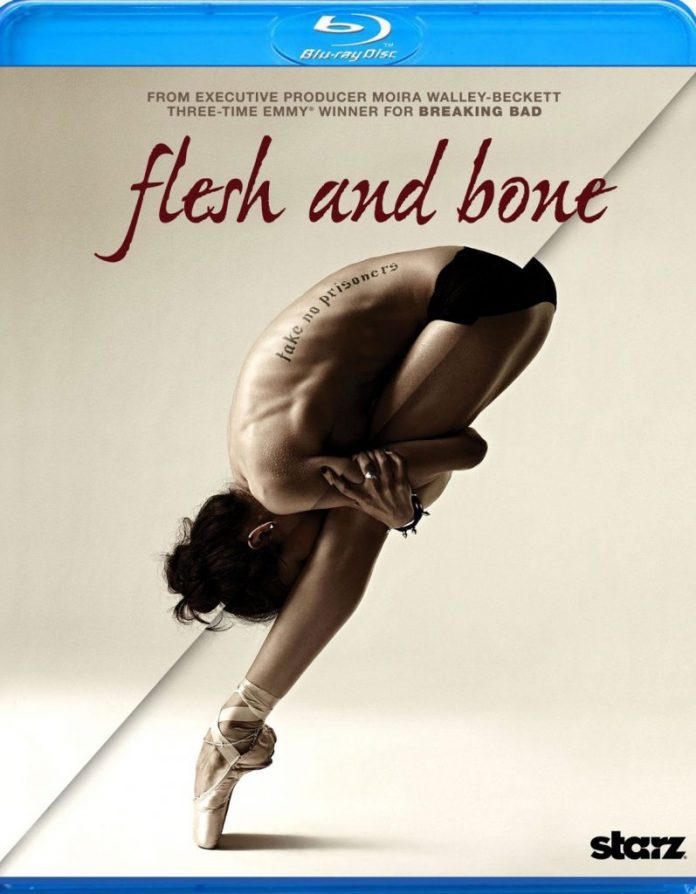 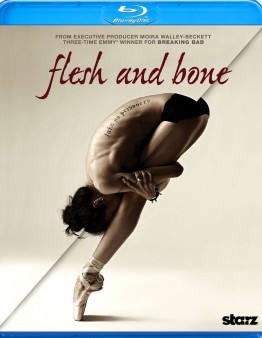 Ostensibly, the new Starz Originals series Flesh and Bone promises to give a glimpse into the background of the ballet world, all the gory details intact. On the surface, it does just that, employing numerous former American Ballet Theater dancers in its cast, including the beautiful and talented Sarah Hay (Black Swan), who plays the series’ primary lead Claire, an emotionally wounded yet still innocent and transcendent dancer who breaks out into a starring position in an elite ballet company in New York City. Other American Ballet Theater performers in the series include former principal, or, in the ballet world parlance, “prima” Irina Dvorovenko, and former American Ballet Theater Soloist Sascha Radetsky (Center Stage). Ethan Stiefel (Center Stage), formerly artistic director of the Royal New Zealand Ballet and a former American Ballet Theater Principal served as the show’s choreographer, so the dance is top notch in the series, and one could imagine that the behind-the-scenes bickering, rivalries, and jockeying for position is all quite realistic as well. That being said, Starz, who like to push the premium cable boundaries in an effort to compete with their more well established rivals HBO and even Showtime now, cannot help themselves from lapsing into more salacious territory with Flesh and Bone. Your standard nudity is there; after all, who doesn’t like peeks of wonderfully fit ballerinas in the buff, right? But, to go a bit farther, Flesh and Bone gives us a stark naked woman, right from the beginning complaining she’s on her period and has run out of tampons. Then the series manages to throw in the requisite steamy sex scenes, a near rape, some child prostitution, topless dancing, and a subplot involving very consensual incest, apparently. By the time season 1 reaches its conclusion, you’ve forgotten that you were supposed to be watching a series giving you a behind-the-scenes look at the cutthroat world of ballet.

The 1.78:1 digital HD production of Flesh and Bone looks excellent and of a reference level in this AVC/MPEG-4 1080p encodement from Starz/Anchor Bay Entertainment. We get strong textures and nuanced shadows with a filmic, organic appearance from from compression noise.

The Dolby TrueHD 5.1 soundtrack really stands out with this Blu-ray release of Flesh and Bone. It presents the classical music with natural dynamics and lots of air, while other scenes with dance and rock have deep and resounding bass. The dialogue is clear and full and the surround channels have lots of natural atmospherics to surround you in the ambience of the musical performances as well as the din of New York City.

An uneven, yet somehow addictive series that is a truly salacious guilty pleasure. Flesh and Bone fails on its purpose to get inside the world of ballet, but as a salacious, naughty drama, it delivers the goods.