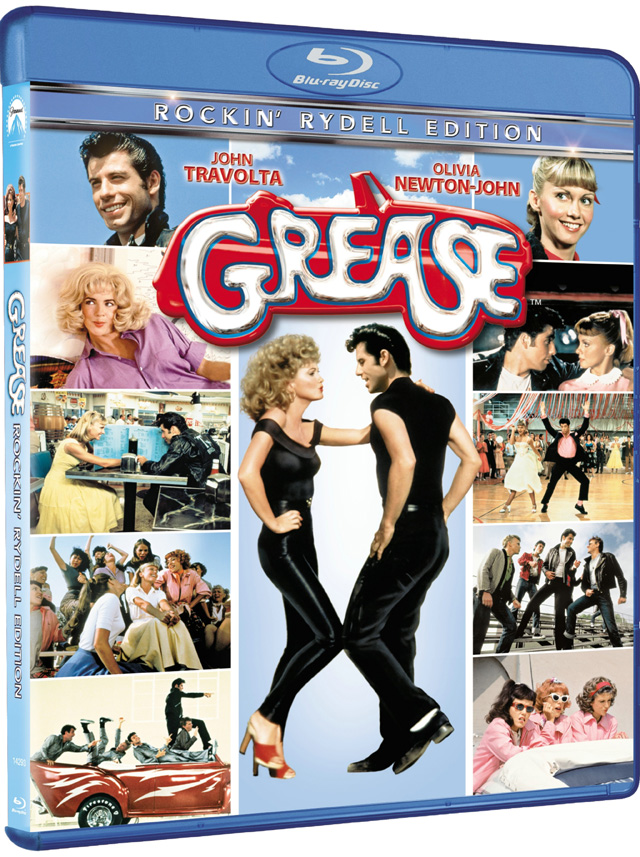 By the time Grease hit theatres in June of 1978, John Travolta was already a bona fide superstar from his roles on television’s Welcome Back, Kotter and 1977’s box office smash Saturday Night Fever, that helped raise the 70’s Disco craze to new heights of awareness and hedonism. When the film adaptation of Jim Jacobs’ and Warren Casey’s stage musical, Grease, finally hit the big screens, it solidified Travolta’s status as a 70’s icon and sex symbol. It also bolstered the career of Aussie singer Olivia Newton-John, who was already well on her way to becoming a sex symbol in her own right.  When I first saw Grease in 1978, I was a wee lad of six, but I certainly recall having a major crush on Ms. Newton-John for a long time after that. The soundtrack to the film even became, for this lifelong music lover, one of my earliest musical memories. I must have worn out the grooves on the Grease LP playing back my family’s copy on our old console.

Looking at the film today through the eyes of a more world-worn adult, several times heartbroken, more attuned to the historical references I can’t help but notice the obvious dichotomy of the trite and raunchy that mingle together in Grease. With its 1950’s retro look at teenage angst, love and rebellion that is less rose-colored than fisheye, Grease is replete with subversive looks at the “innocence” of the 1950s filtered through two decades of cultural upheaval. 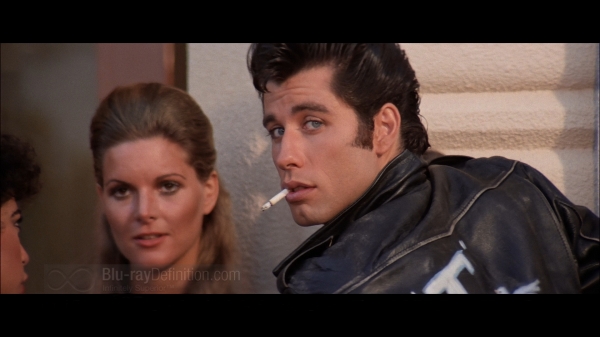 The film is immediately evocative of an Elvis Presley movie; some hybrid of Jailhouse Rock and Viva Las Vegas and filled with both classic 50’s songs like “La Bamba,” appearances by Frankie Avalon and original numbers mainly lifted directly from the stage production that hearken back to 50’s Rock and Roll and Doo Wop. One wonders, looking back, how much of an influence Grease had on the early-80’s Rockabilly resurgence that would see acts like The Blasters, The Stray Cats and even veterans like Queen (“Crazy Little Thing Called Love”) rocket to the top of the charts with full-on Rockabilly songs? 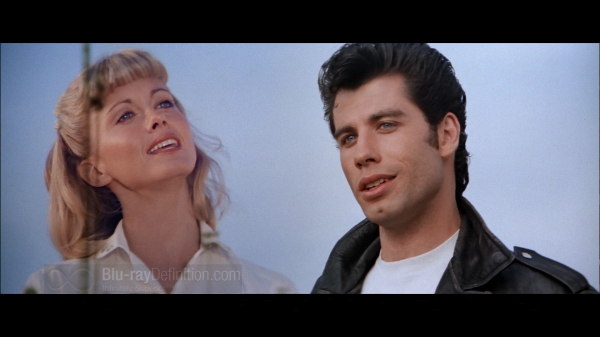 Grease arrives on Blu-ray with its original 2.35:1 theatrical aspect ratio intact in a 1080p/24 AVC/MPEG-4 high definition transfer from Paramount Home Entertainment. Detail is not where it should be due to the original production values employed by director Randal Kleiser. For much of the film, a soft, diffuse filter is employed, giving the film a hazy look.  The picture varies from sharp and detailed to soft and obscured, often in the same sequence.

There also seems to have been some use of light DNR (Digital Noise Reduction) processing employed to help reduce grain and  also some light dirt and scratch removal processing, because the source looks too pristine for a film from 1978. Whether this has anything to do with the wide swings in detail is difficult to say without having access to the original unaltered master, but certainly Grease still looks the best it has ever done on any home video format, it’s just not absolute reference material. 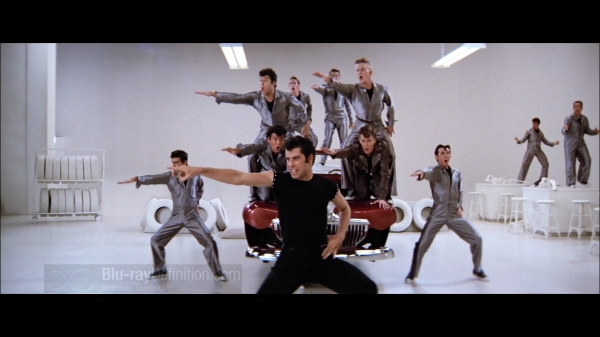 The Dolby TrueHD 5.1 lossless mix is mixed well for the source material. Relying mostly on the front three channels, the film’s musical soundtrack is presented well across the front soundstage with the surround channels adding mostly light ambiance for an open, live feel.  During Frankie Avalon’s performance of “Beauty School Dropout,” things become a bit more discrete, with everything from background vocals to instrumentation such as harps and strings being mixed into the surround channels, but it is the only moment where the surround mix is utilized in that manner for the musical performances.

Otherwise, the dialogue is clear and intelligible in the centre channel, with a good balanced mix that occasionally follows the action directionally across the front three channels. Low frequencies are not abundant, but there is just enough to support the musicality of the film. 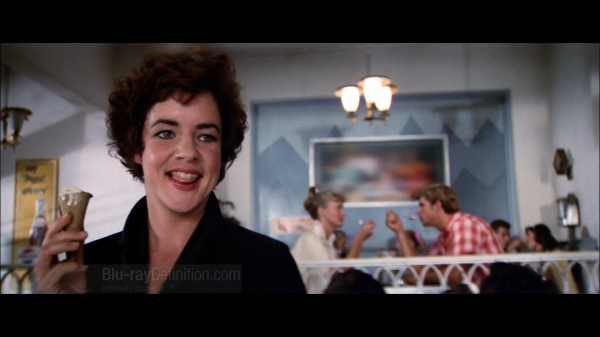 Grease has been provided with all of the supplements from its previous DVD releases for this Blu-ray release and as such everything is in standard definition, other than the Theatrical Trailer (1.78:1; 1080p/24) that is in such awful condition, it says high definition but looks no better than DVD-quality anyway 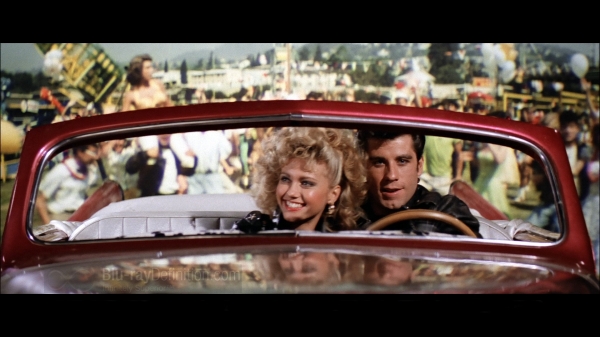 Grease holds fond memories for me, and even today, 31-years after I first saw it, I have to admit that it still gets my feet tapping and that watching Olivia Newton-John play Sandy melts my heart. Unfortunately, this Blu-ray release with its uneven picture quality and standard definition supplements isn’t a reference quality catalogue release. There are some glimmers of brilliance in the picture and the sound serves the music well.  The film does look the best it ever has on home video, so it is not completely a lost cause.