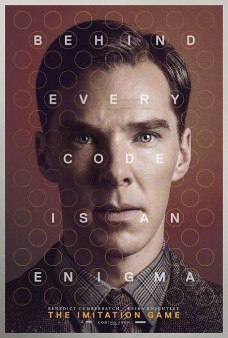 Alan Turing is the man credited with inventing the Enigma machine. It’s a machine that translated German codes into English, which helped the Allies defeat the Nazis in several crucial battles by finding out the German army’s positions and plans. Turing’s contribution is said to have saved many lives and shaved at least two years off WWII. Alan Turing was also charged with the crime of Gross Indecency (basically because he was gay) many years after the war ended. His life is told in the film The Imitation Game. 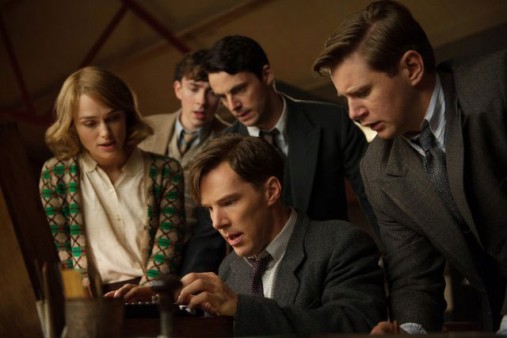 The film begins in 1951, when Turing’s (played to perfection by Benedict Cumberbatch) Manchester flat has been burgled, burgled by a friend of a young man who Turing was having a relationship with. During the investigation Turing admits to having a sexual relationship with the young man, and they both are charged with gross indecency.

Turing was a prodigy, but according to the movie he was also an outcast. He was taunted and teased while he was in boarding school, including at one point having food thrown all over him. His classmates regularly beat him up, and one time they shoved him under the floor boards in school, trapping him under a piece of furniture. We are also told that Turing had a close friendship with a fellow classmate whose name was Christopher. They were inseparable, and the film leads us to believe that love was blossoming between the two. Whether this is factual or not is the question. 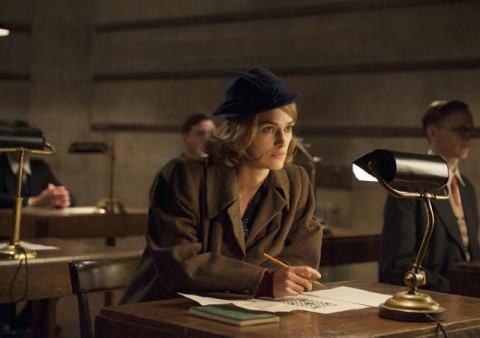 In his 20’s, Turing is portrayed as a loner. He enjoys running in the countryside, and when he’s hired by MI6 at the age of 27 to work at ‘The Betchley Radio Manufacturing Company,’ it’s a time when he excels and blossoms, but when he’s assigned to work with a group of men, he is uncomfortable and doesn’t quite fit in. These men include ladies man Hugh (Matthew Goode) and Scottish John (Allen Leech). One woman does join their ranks, Joan Clarke (played by Keira Knightley), and we are led to believe that Turing emotionally fell in love with her and even asked her to marry him. At first Turing’s male co-workers don’t like him — they find him different, so Joan suggests Turing do something nice for them, so he brings them apples, and then they all bond. Was life so simple back then?

Turing creates his machine, at great expense, much to the dismay of his commanding officer Stewart Menzies (Mark Strong). Disarmingly, Turing names his Enigma machine Christopher, in honor of his school boy crush, long since disappeared.

The title of The Imitation Game comes from a paper that Turing wrote in 1950 which jump-started the new realm of artificial intelligence (though Turing called it mechanical intelligence). We are also told that this film is based on a true story. But the questions of how much of the film is true and how is made up turns the movie not into a true life account of a genius and a true account of Turing’s life, but a film that is entertaining, well made, but leaves the viewer skeptical of the story. 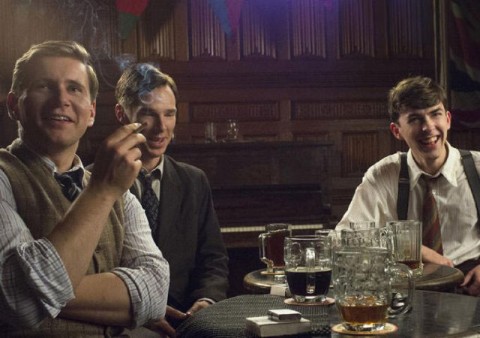 Cumberbatch is superb. He perfectly plays Turing in all stages of his adult life. We see through him the pain of being an outsider as well as his joy of cracking the code. It’s a performance worthy of an Oscar. Knightley is surprisingly good as Turings ‘love interest.’ Knightley is tasked with bringing emotion and femininity into the film. She succeeds. The standout in Turing’s enigma team is Goode. But is he who he says he is?

Director Morten Tydlum (Headhunters) has beautifully crafted a movie that plays as a history lesson. And all technical aspects of the film are outstanding; from the costumes to the luscious cinematography, to the sets, to the WWII footage. But it’s the script that most people should have a problem with. Screenwriter Graham Moore, in writing his first screenplay and who is credited as an Executive Producer, took many liberties in writing this film. If this was done to make it more commercial and exciting, it has succeeded. But it’s not a 100% portrayal of the life of Alan Turing. Perhaps someone in the future will make a definitive documentary on the life of Alan Turing. Two attempts to tell his story — the 1996 television movie Breaking the Code, and 2011’s Codebreaker — were just that, attempts, and it was hoped that The Imitation Game would be the definitive story of Turing’s life, but alas it is not. But Turings life, and legacy, live on.

Turing eventually committed suicide one year after his arrest (1952). In 2013, Queen Elizabeth pardoned him. What took so long?