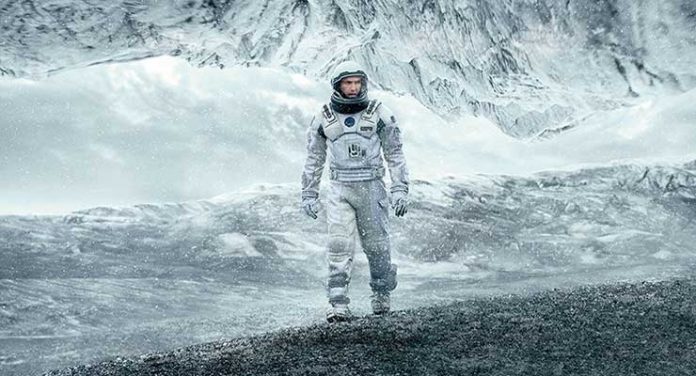 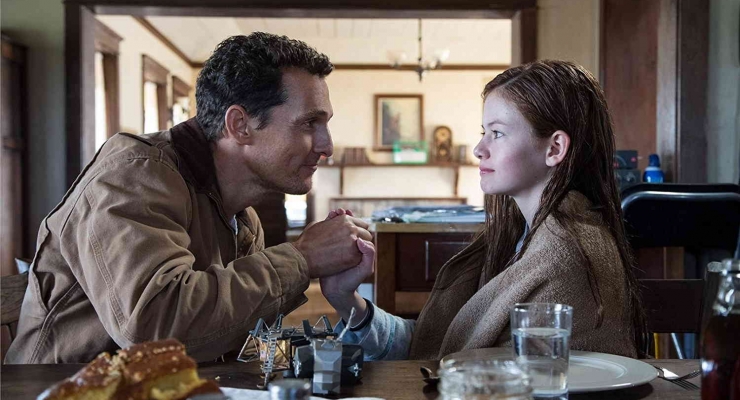 In what has become a common method for Christopher Nolan, this film was shot on a combination of 35mm and IMAX 65mm film stock. The film is brought to 4K Ultra HD in a variable aspect ratio, with the 35mm scenes in 2.39:1 and the IMAX scenes in 1.78:1. The 4K Ultra HD is encoded in HEVC 2160p (4K) with HDR10 high dynamic range. Mastered at a maximum of 4000 nits and a minimum of 0.005 nits. This film really benefits from the 4K transfer and the HDR. The scenes on Earth where the palette is warm and colorful looks even richer and more vivid with more variety and nuance. The highlights really ‘pop’ in outer space scenes against the black backdrop with the shimmering stars or the control panels in the spaceships. There’s also lots of detail in the image. It’s clean, crisp, and filmic with a fine veneer of grain.

Paramount provides Interstellar on 4K Ultra HD with the same English DTS-HD Master Audio 5.1 soundtrack that accompanied the film on Blu-ray previously. Christopher Nolan dislikes the immersive formats, so it it’s not surprising that we don’t at least get a 7.1 mix for a film like this or a new Atmos or DTS:X mix, but the 5.1 is sufficiently aggressive. In fact, it may be a bit too aggressive in some respects. From the beginning, one can notice that dialogue tends to get bit buried beneath the sound effects in the most active scenes. The low frequencies are extremely extended, and quite boomy. When rockets fire or space ships land, the LFE really rumbles and overwhelms the rest of the soundscape. Otherwise, the sound stays in balance with clean dialogue and an extremely wide dynamic range that picks up the quietest whisper to the loudest of shocking booms.

The video special features are ported over from the previous Blu-ray release and offloaded onto a separate Blu-ray Disc.

A powerful scientific drama that champions the human will to survive, Christopher Nolan has created another classic in Interstellar, an inspiring and genre-defying epic. It is also a thrilling home theater experience in this new 4K Ultra HD with HDR rendering.

Interstellar is out now on 4K Ultra HD Combo Pack from Paramount.