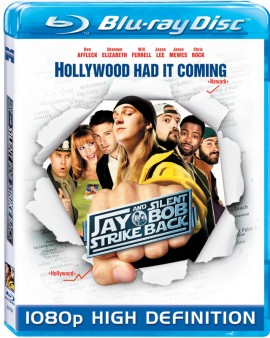 Kevin Smith’s films are an acquired taste for most and anyone unfamiliar with his work on the whole might very well find Jay and Silent Bob Strike Back nothing more than a vulgar and puerile exercise in all that is wrong with Hollywood filmmaking. To those who have not seen Smith’s previous films in his so-called “Jersey Trilogy,” the references in Strike Back may have them easily lost as well. The two peripheral characters Jay and Silent Bob have been showing up in Smith’s films ever since his very first, acclaimed independent comedy, Clerks, but few would have picked the two drug dealing characters to sustain an entire film on their own. 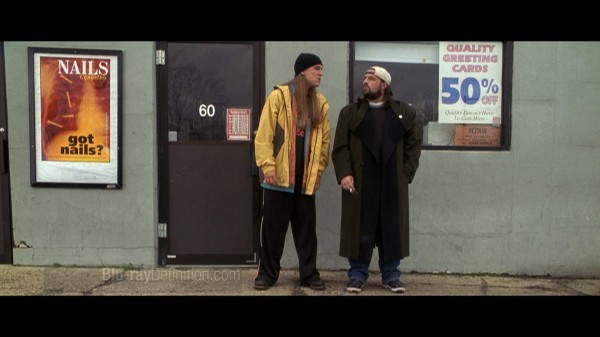 Jay and silent Bob Strike Back was meant to wrap up the story of Jay and Silent Bob nicely for fans so that Smith could finally move on. In the film itself, Ben Affleck, reprising his role as Holden from Chasing Amy, makes reference to this saying, “Why in God’s name would I wanna keep writing about characters whose central preoccupation are weed and dick and fart jokes? I mean, ya gotta grow man.”

The entire film is in fact one running joke about the inanity of a Jay and Silent Bob film as the two characters make their way across the country to Hollywood in order to halt the production of a film by Miramax based on comic book characters Bluntman and Chronic who in turn are based on their likenesses. Along the way they come across a host of characters like a Charlie’s Angels-esque group of animal rights activists, an orangutan and Jay even gets a love interest in the perky and sweetly believable Shannon Elizabeth.

Smith lets loose with all of the film and pop-culture references rattling around in his brain in Jay and Silent Bob Strike Back. Everything from his favorite Star Wars to E.T., Dawson’s Creek and Scooby Doo and more are touched upon. No one in Hollywood is off limits, but unlike many spoof films, Jay and Silent Bob’s “spoofees” all seem to be in on the joke and take pleasure in laughing at themselves. Mark Hamil’s Cock Knocker gets his giant right hand chopped off and yells “not again.”

There are celebrity appearances too numerous to mention in total, but highlights are Ben Affleck and Matt Damon playing themselves and exchanging a run of one-liner quips about each other’s career mishaps and Mark Hamil as the light saber wielding bad guy named Cock Knocker.

In all, Jay and Silent Bob Strike Back has some really funny moments, but it is also filled with far too many comedic lapses where it is just not funny at all and its rail-thin story becomes completely nonexistent. The movie at many times becomes just an excuse for the two characters to move from one situation to the next, a connect-the-dots adventure between one pop-culture reference and another. 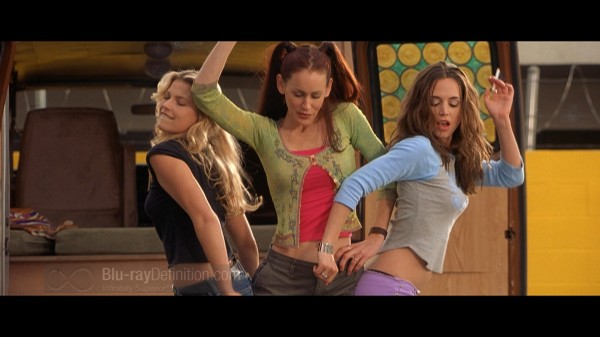 The 2.35:1 MPEG-2 1080p encoding of Jay and Silent Bob Strike Back is middling at best. Flesh tones sometimes display a bit of red push, detail varies from crisply sharp and detailed in close-up shots to soft, nearly looking out of focus. Dark scenes display a lot of low-level compression noise, and there are quite a few instances of source damage present as well. 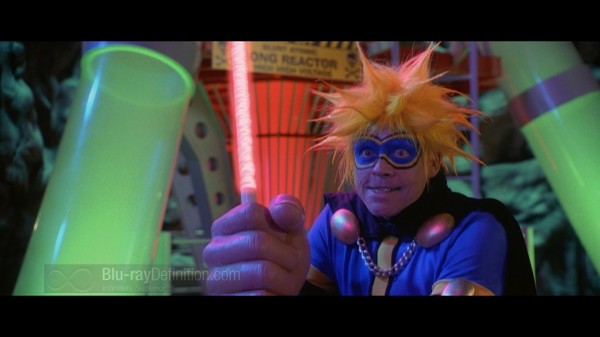 Jay and Silent Bob Strike Back is one of the early Blu-ray releases that is provided with an uncompressed PCM 5.1 (48kHz/16-bit) English soundtrack as its high-resolution option. The mix is nothing spectacular; about what is typical for a comedy of this sort. The surround channels are used mainly for ambience with some occasional discrete effects. The film’s musical soundtrack offers some good low frequency extension all the way down to the lowest ranges, but it is not extremely resonant. Dialogue is clean and intelligible. 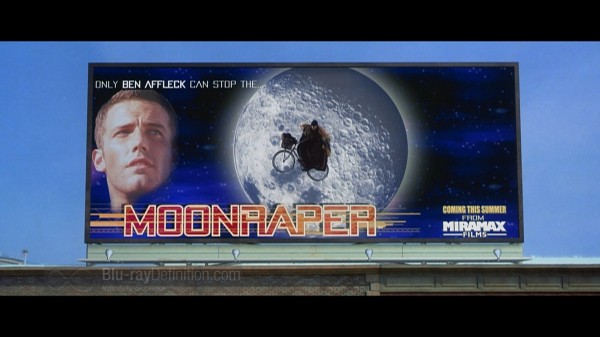 The only true supplement on this release is an audio commentary by Kevin Smith, Jason Mewes, and Scott Mosier. There is also a “Movie Showcase” feature that simply allows instant access to a few select scenes that purport to showcase the best aspects of high definition picture and sound that the film has to offer. 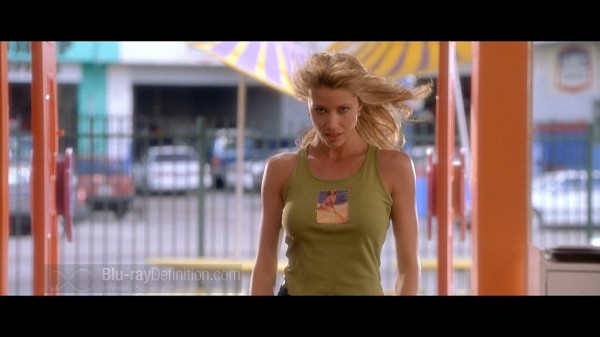 Serious Kevin Smith fans will love Jay and Silent Bob Strike Back, but others should approach the film with caution. It’s definitely hit or miss. Its laugh ratio is only about 50/50 and there is definitely not much of plot to speak of. The Blu-ray release is also only of average quality. I’d say this release probably works best as a rental rather than a purchase.