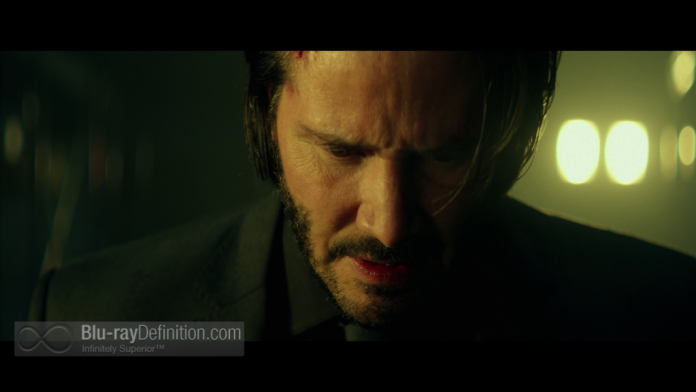 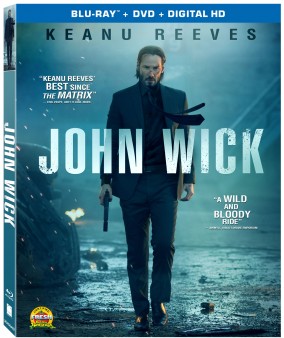 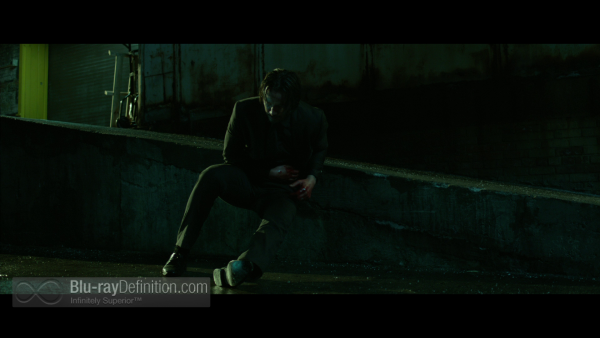 2014 was a peculiar year for the action film. We had things like the über-violent The Raid: Bernal, Captain America 2: Winter Soldier, and then John Wick. The latter film hit theaters in late October and was one of the best-reviewed films of the year. Keanu Reeves is John Wick, a former hitman, who has started a new life for himself after the death of his wife (played in an almost cameo role by Bridget Moynahan). One day he receives a special package containing a dog. It’s the last gift to him from his now deceased wife. It’s so that he can move along and gain closure from this tragedy. One day while pumping gas John is harassed over his car by a Russian gangster named Iosef (Alfie Allen). When Iosef is put in his place he and his thug-clan wait for darkness to fall before taking action. Once they break into Wick’s place they proceed to kill the dog. This sets things in motion and John Wick, who was thought “retired,” comes back for revenge.

Please note that the above paragraph was not meant to be a spoiler it just illustrates what the basic plot point of the film is. It’s the story about a man and his dog. John Wick’s dog was killed and John Wick will have his revenge. Viggo (Michael Nyqvist) is Iosef’s kingpin father and there’s just so much Viggo can do. Why? It wasn’t just anybody that was wronged by Iosef. It was John freakin’ Wick. Viggo and his empire stand at the top thanks to Wick. I really enjoyed the “legend” of John Wick in that everyone knows who he is and his reputation. He’s a former hit man that was the best at what he did. It made me chuckle when everyone but Iosef knew who he was. It’s like: “you don’t know who John Wick is?” “You stole John Wick’s car and killed his dog?” You can hear a pin drop and feel and see the dread rise up in people’s expressions.

Oh, and the cherry on top is the outrageous action scenes. John Wick is rated R for a reason. The gunplay and martial arts involved are outstanding, and, please be warned, brutal. People get shot in the head and face at point-blank range and it is shown onscreen. Watching John Wick do his thing is like watching a ballet or contemporary dance routine. It’s fluid, smooth, and tells a story all at the same time. John Wick features a very nicely put together ensemble cast featuring: Willem Dafoe as Marcus (a fellow hitman); Adriana Palicki (a rival hitwoman); Ian McShane (owner and proprietor of a secret hotel sanctuary that houses and entertains hitmen from all over the world); and John Leguizamo (a chop shop owner who has a criminal underworld client list).

John Wick was fantastic in every sense of the word. The world that was created in this installment was perfect and did leave a question or two that will hopefully be answered in future sequels/prequels should there be any. There’s a very cool graphic novel aesthetic to John Wick, because the world he inhabits is hyper stylized and, come on, that hotel sanctuary, where gold currency is traded back and forth for services and commodities is super cool and slick. The film didn’t necessarily do gangbuster business at the box-office, but those that did see it liked it enough — I know the critics did. Considering it only cost 20 million to make, and it doubled its money, a future 20 million sequel(s) could very well be in the cards. The Blu-ray and DVD versions should also do extremely well in sales. Yes, if it sounds like I’m plugging the movie, it’s because I am. Let’s make John Wick 2 a reality! 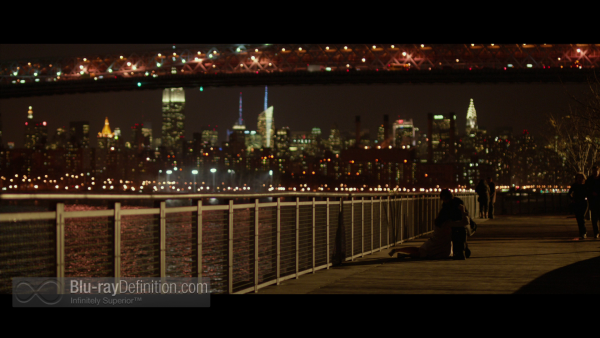 John Wick is presented in 1080p, 2.40:1, and let’s just get it out of the way now: it’s DEMO-worthy! Wick was shot on the digital side of things using the Arri Alexa M and Arri Alexa XT (using ’74 lenses for both) cameras and it’s safe to say that what you see on Blu-ray is what the directors saw through their lenses during filming. NYC looks cool as ice and the visual aesthetic is slick as all hell. The color palette tends to be very glossy but muted. Depending on what scene you’re watching the visual tone can change without a moment’s notice. My favorite scene takes place at the Red Circle nightclub — the visual flair in that scene will knock you out, as the neon, strobe lights, etc., take you on a journey. Contrast and sharpness levels maintain and never look out of place or tweaked with. Some grain-like noise is present and gives the digital file a nice film-like veneer. Dirt, scratches, and anomalies were not detected. The encoders or whoever is in charge of mastering Blu-rays did an outstanding job with Mr. Wick. 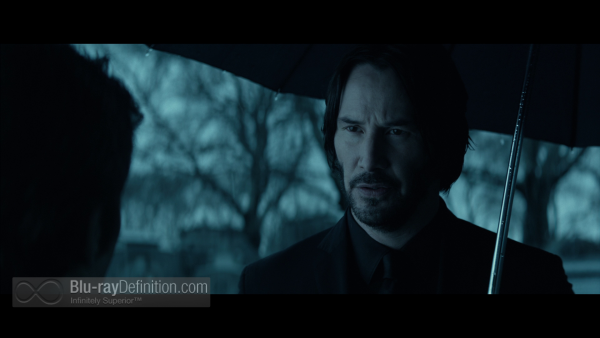 John Wick is presented in Dolby Atmos (defaults to a 5.1 & 7.1 TrueHD soundtrack for those without Atmos equipment and extra speakers) and it takes no prisoners. The gauntlet has been thrown down and it looks as though Summit Entertainment  has decided to go the way of Dolby Atmos (as per their parent company Lionsgate). Grand. John Wick looks to have gotten a great deal, as this Blu-ray is extremely aggressive, while pulling back a bit during the softer moments in the film (there aren’t many)  — mainly during the beginning and during scenes of characters reading themselves for various bloodbaths. Dialogue is razor sharp, the LFE-subwoofer channel works overtime in delivering added “oomph” to the various weapons and cars used to dispatch those unfortunate enough to get in John’s way. The rear surround sound channels will have you diving for cover as debris, glass shards, bullets, and bodies’ fly all over the place in crystal clear clarity. At the risk of sounding redundant — John Wick on Blu-ray is a DEMO-disc in terms of audio playback. Duck for cover and watch your head. 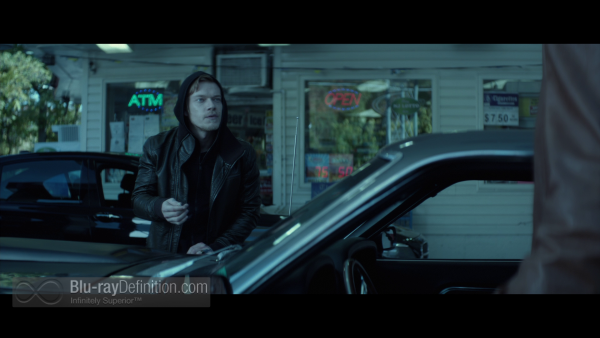 John Wick gets a very decent set of special features on Blu-ray. There’s a full-length audio commentary, featurettes, interviews, etc. The only thing missing are deleted scenes. The movie is lean enough, so no biggie. I would recommend that folks watch the film first before diving into the special features, because during some of the more in-depth ones the directors and producers let you in on many inside gags and tributes to films and characters of the past. Let’s just say that they don’t call The Red Circle for nothing. In addition to the basic making of the film we also get some pretty detailed featurettes that focus on the choreography of the fights and of the gunplay. It’s obscene at how fast these guys move in addition to seeing Keanu do about 90% of his own stunts. Keanu is pushing 50 and moves like Neo (pun intended). One of my favorite featurettes is the one that focuses on NYC and how the movie was designed to be like a pseudo neo-noir film. The perspectives are outstanding and remind me of two other films that were recently released on Blu-ray that showed off their respective environments in the same hyper fashion: The Equalizer and A Walk Among the Tombstones. A Digital HD UltraViolet & iTunes digital copy and DVD round out the extras. 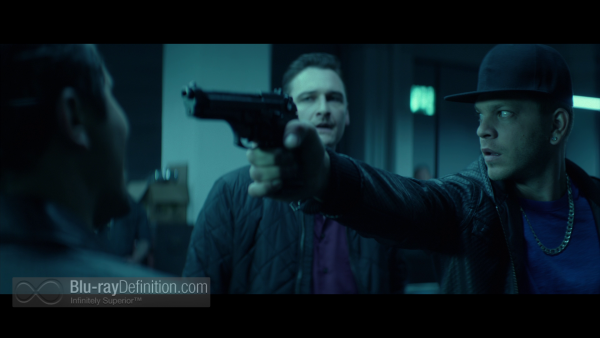 John Wick was my #2 favorite action film of 2014 (The Raid 2 was my #1 favorite in case you were wondering) and this Blu-ray is absolutely phenomenal in terms of video and audio presentation. The extras are cool, too, so if you’re an action and Keanu Reeves fan then go and treat yourself. John Wick isn’t certified “Fresh” for nothing. It deserves all of the accolades it received and then some. Here’s hoping that the filmmakers capitalize on the film and continue with this potential franchise. I’m sure there are many more stories to tell about John Wick. 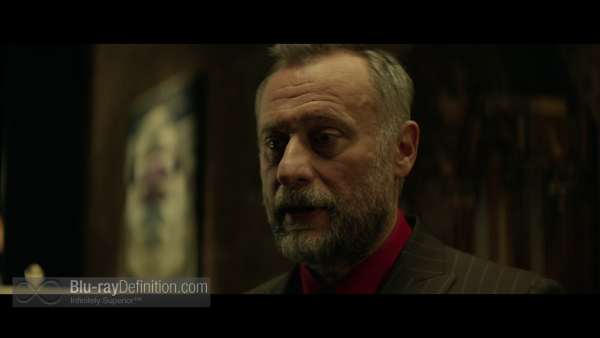 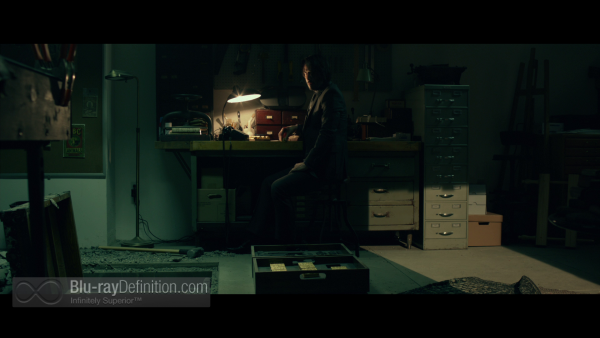 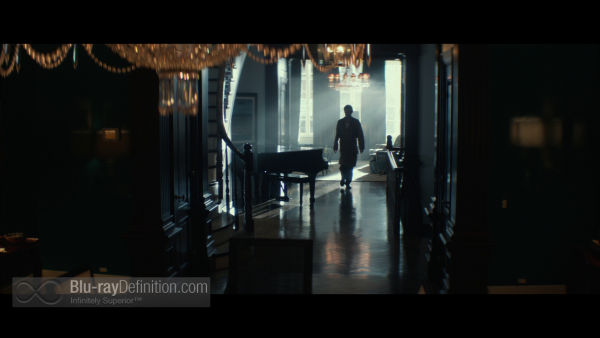 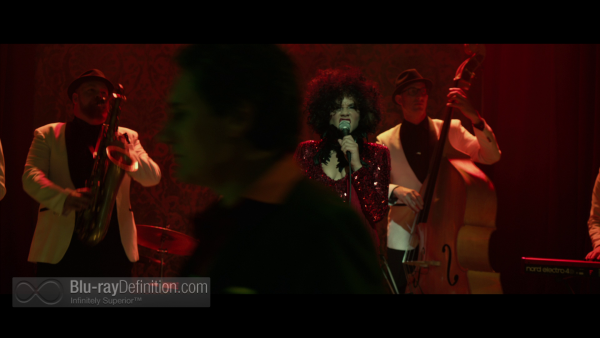 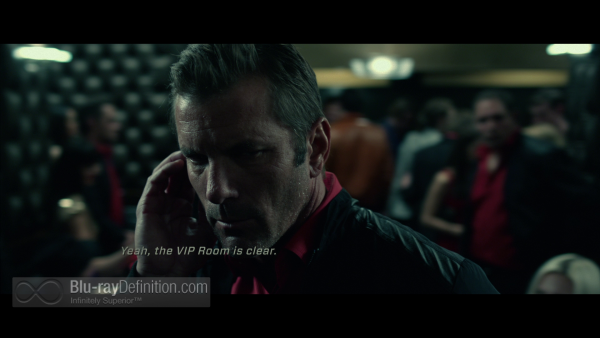 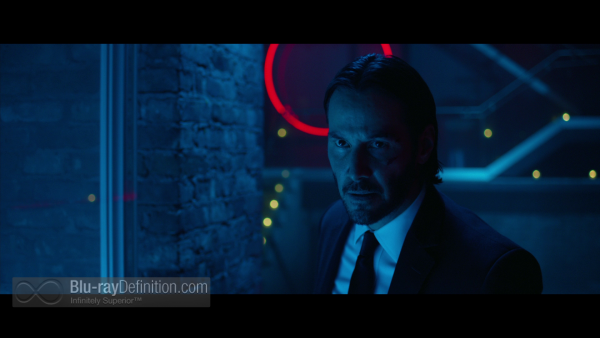 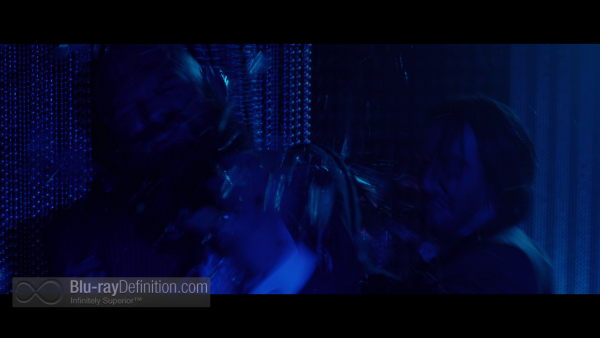 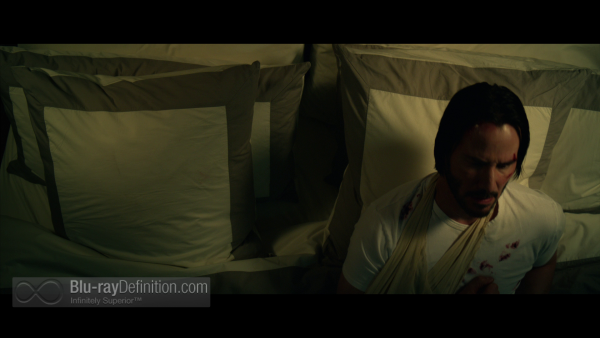 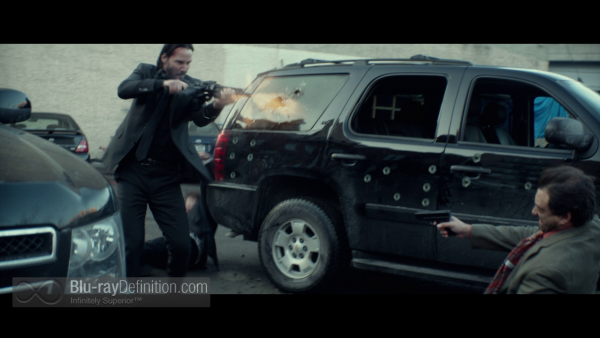 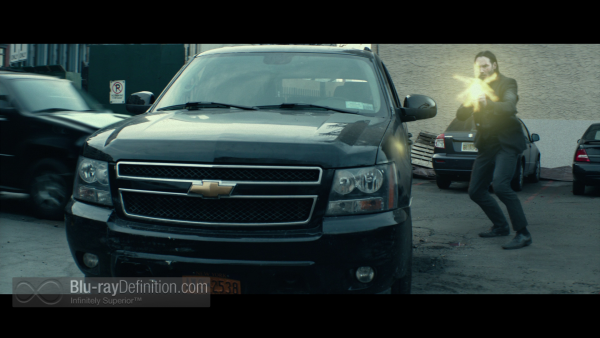 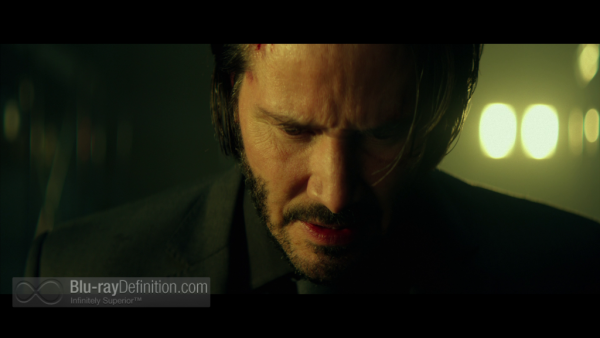 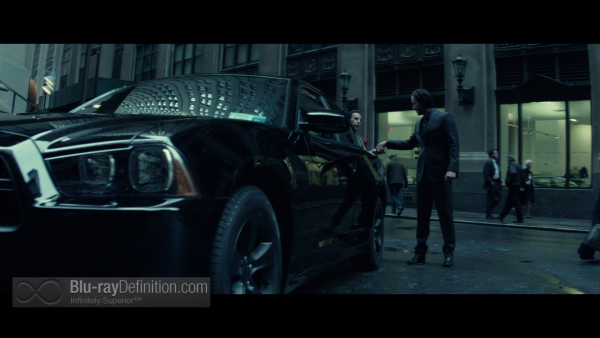 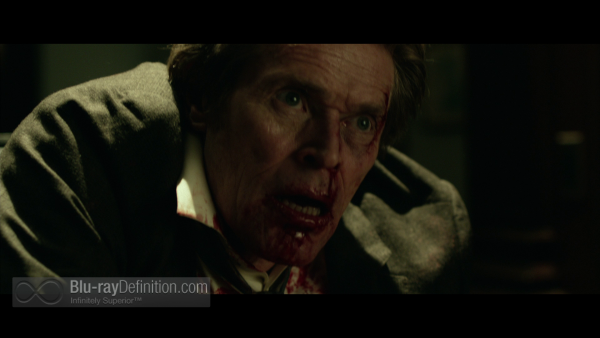 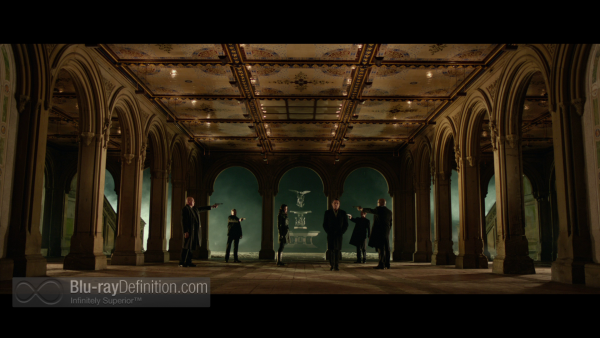 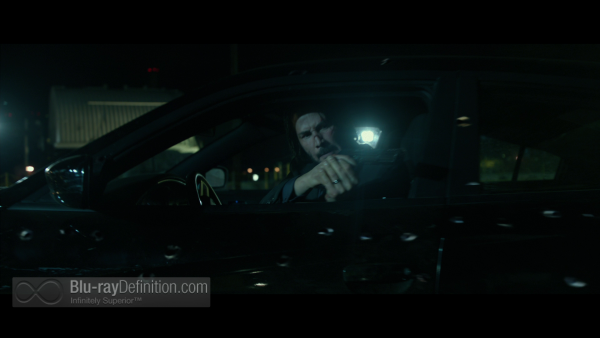