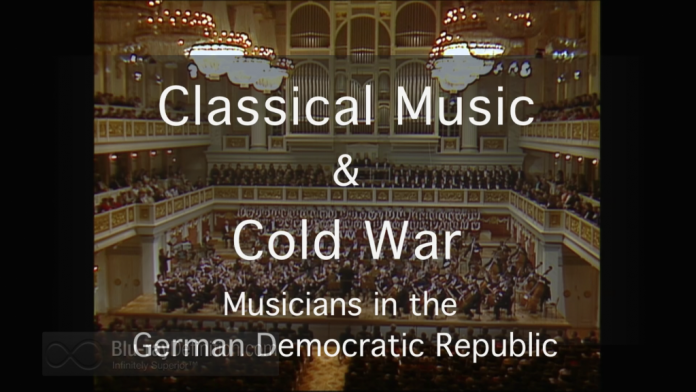 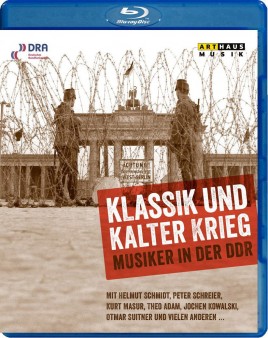 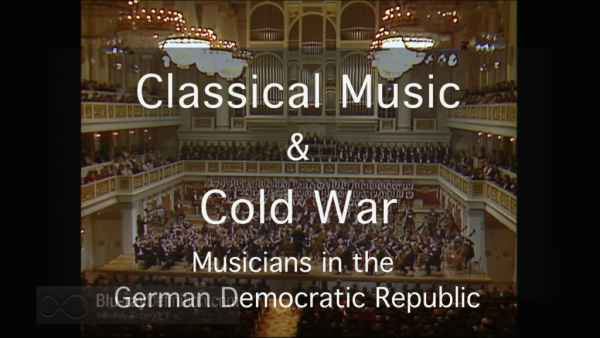 Following World War II, Berlin was partitioned and Germany was eventually divided into two countries: the Federal Republic of Germany or West Germany and the Democratic German Republic or East Germany. While the contrast between East and West could not have been greater largely due to the impact of Communism, the vibrant cultural life that had been in the East before the war was restored due to the importance placed on art by the new government. 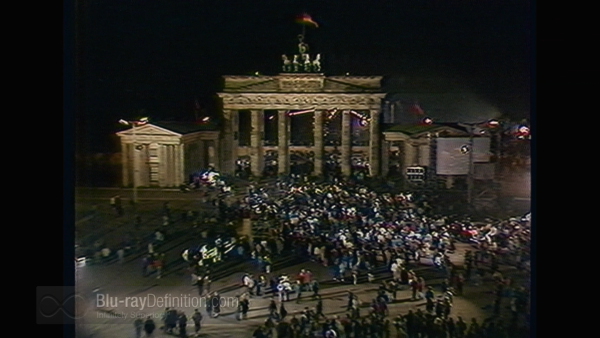 Klassik und Kalter Krieg: Musiker in Der DDR (Classical Music and Cold War: Music in the German Democratic Republic) covers forty years when the two Germanys were physically and politically divided. Beginning with the post-War occupation of Germany, director/writer Thomas Zintl unfolds the story of how the Russian influence shaped the events that affected society and the arts. Matthias Scherwenikas supplies the narration. 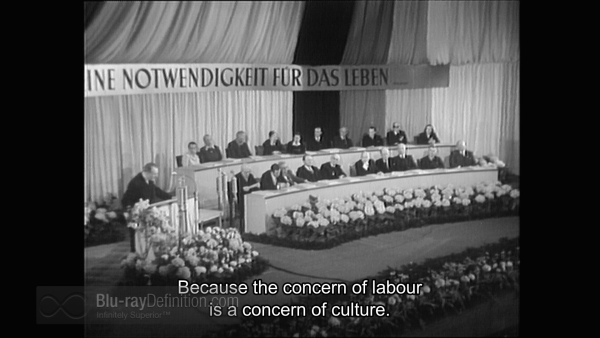 Almost immediately, there was head-on conflict between the musical community and the politics of the new government. Ultimately, there were work-arounds but these had to be managed discretely to avoid the artists being criminalized. It became clear that survival of the performing arts needed an accommodation and this was granted by the Ministry of Culture. However, this solution was a mixture of oil with water as the politicians saw the musicians as a means to further the “glory” of the state, while, as Roland Kuntze, a cellist, put it: “I think that musicians very rarely are political. All they care for is music.” 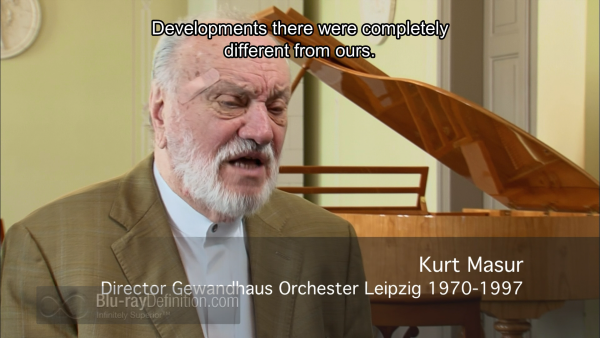 As we hear from a number of the artists, directors, composers, and others, this era proved challenging. The Deutsche Staatsoper became a focal point of the conflict between art and politics and the change in its signage led to noted conductor Erich Kleiber’s irrevocable decision to resign. Then came the Berlin Wall. 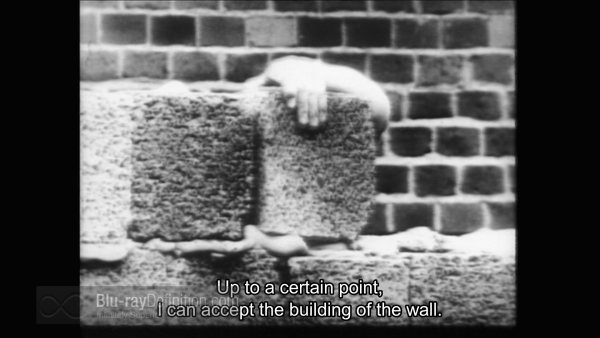 Over time, the Berlin Wall symbolized Soviet repression and numerous East German musicians defected to the West. As conditions deteriorated, the Komische Oper under Walter Felsenstein represented a détente partly due to the fact that the Moscow-dominated government did not take light opera very seriously. The recording company Eterna, according to its A&R manager Dieter-Gerhardt Worm, kept the classical music industry afloat in East Germany for decades as the demand for its records went through the ceiling. Realizing that they had a possible goldmine in the artists and orchestras in the East, recording contracts were made with numerous Western concerns. 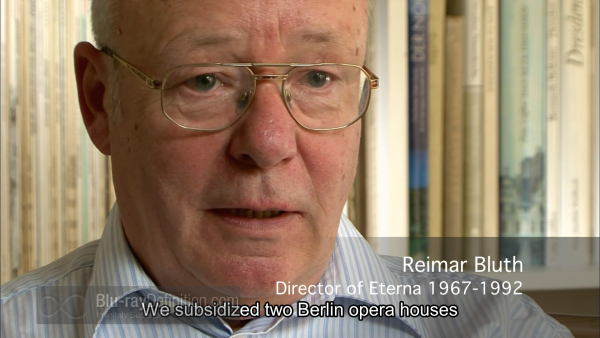 A sentinel event occurred when the famous conductor Herbert von Karajan decided to record Wagner’s iconic comedy, Die Meistersinger von Nurnberg in Dresden, a co-production that crossed previously impenetrable borders. Suddenly, it occurred to the government that by “loaning” out their artists, more money would return through the “Artists Agency.” Conductor Kurt Masur (who would become the principal conductor of the New York Philharmonic) reveals that the “Agency” prevented major artists from taking overseas engagements because it was believed that they would defect to the West. 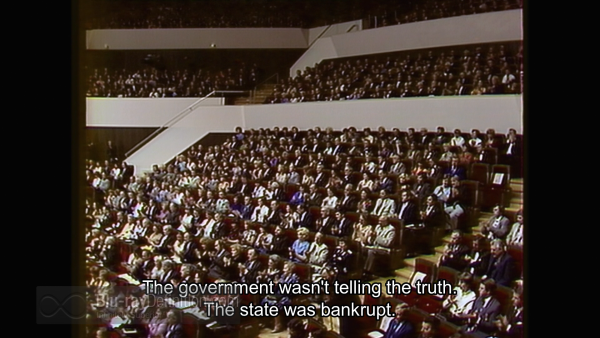 The denouement occurs when the Berlin Wall comes down and nearly simultaneously the Dresden Staatsoper mounts a production of Beethoven’s Fidelio, the archetypal opera about political freedom. All in all, this is a moving documentary that reaffirms the strength of the human spirit against seemingly insurmountable political odds. 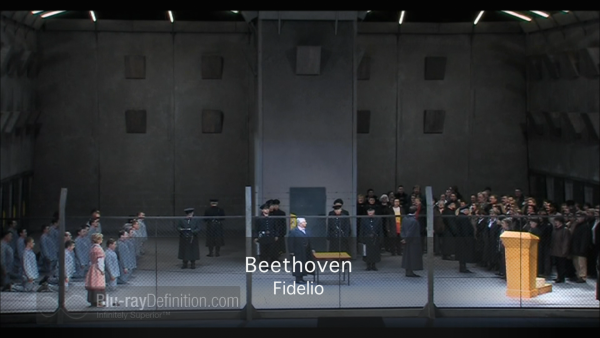 As is the case with many documentaries, there is significant variation in the quality of the images, having been curated from films that go back to the 1940s. With that in mind, the current era films are as good as it gets. 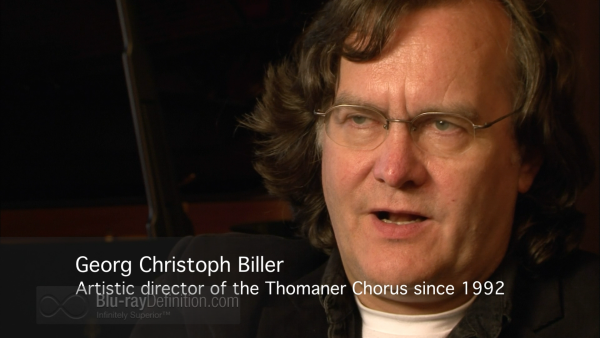 Similarly, the audio varies from lo-fi to hi-res with the dialogue being quite crisp and clear, the music more variable. 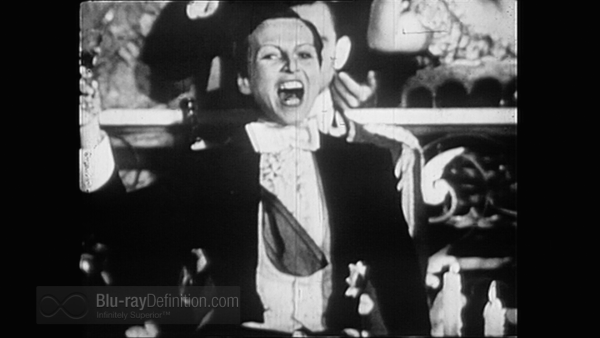 The extras are limited to the program booklet with a thorough essay on the history of this period by Barbara Wunderlich. 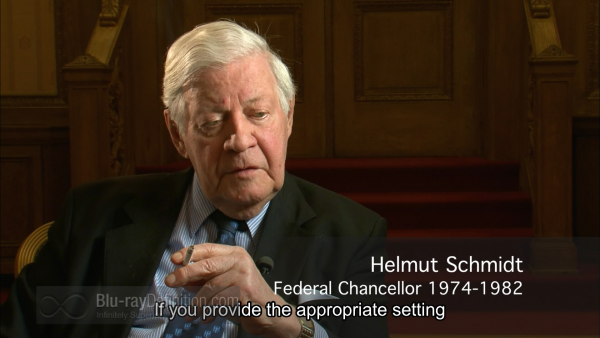 In the fast-moving pace of today’s world, recall of historical events is often blunted and sent to the background.  It is films like this one that help to remind us of some important events that shaped our times and eventually led to the end of the Cold War. I found this to be a particularly poignant documentary as I was in Germany just a few weeks after the Wall came down and remember vividly the sense of exultation that, for the first time in four decades, this was a country about to be reunified.  For those who love music or history or both, this is a must-watch film. 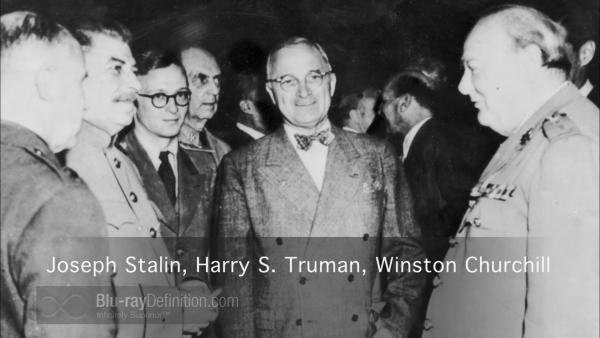 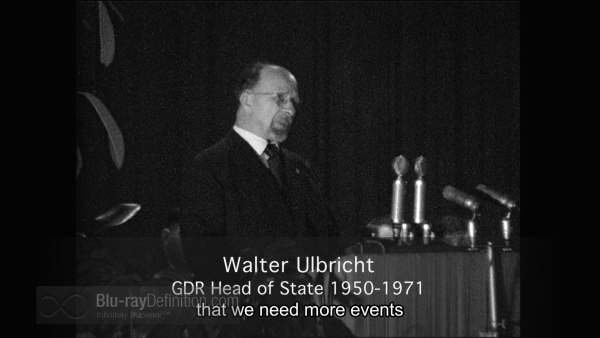 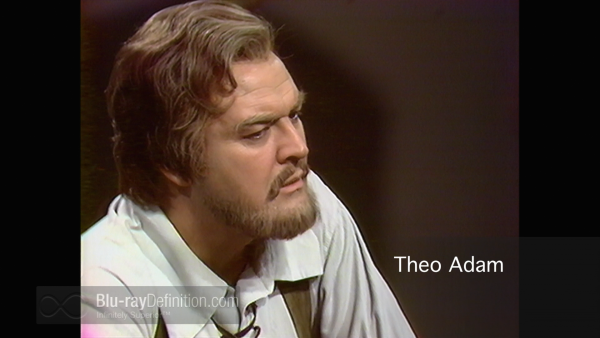 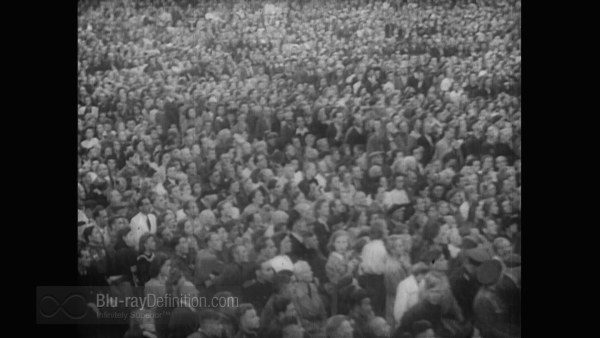 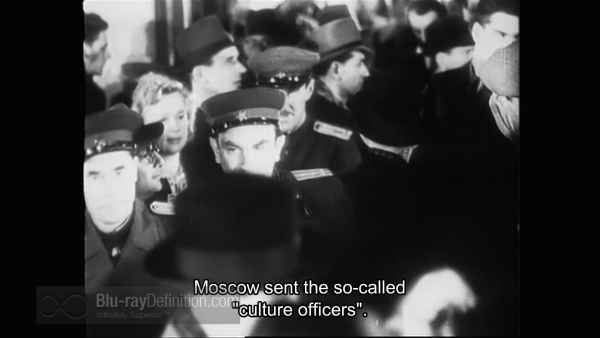 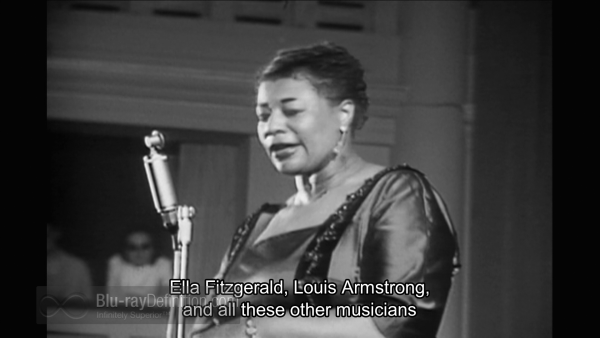 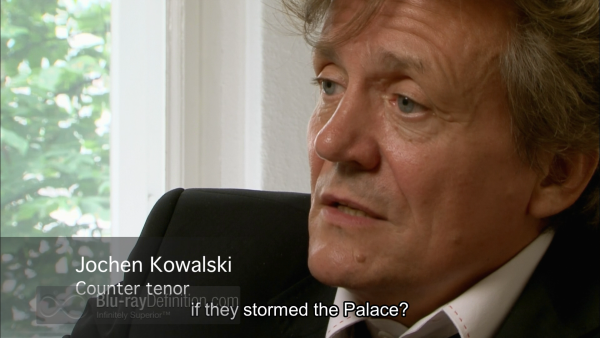 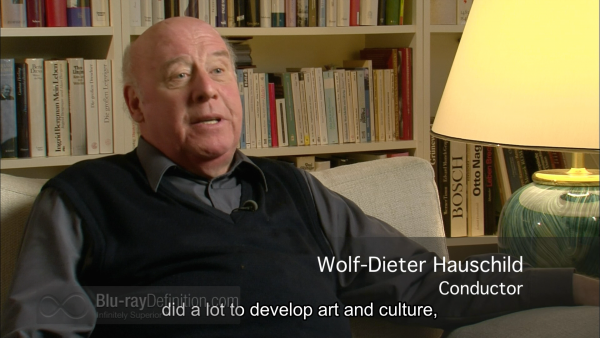 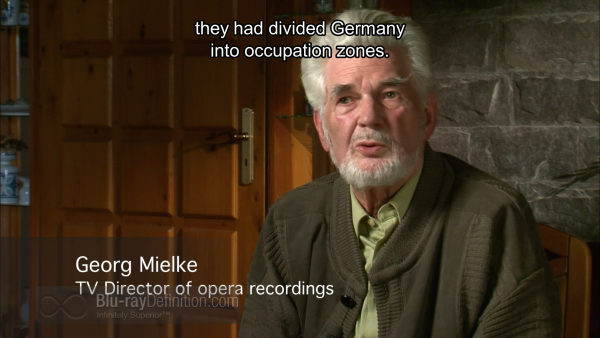 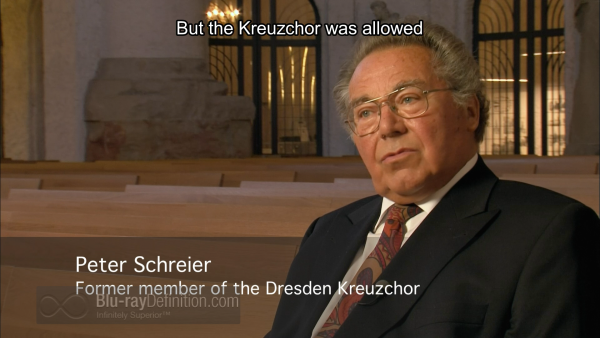 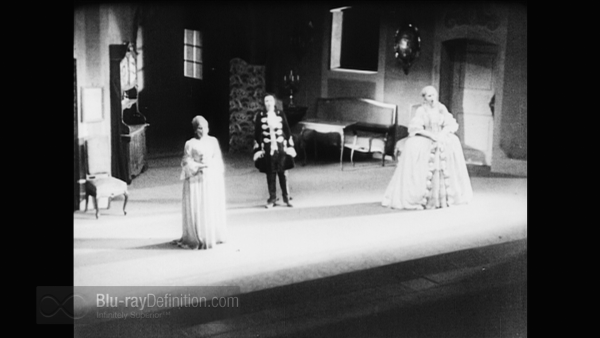