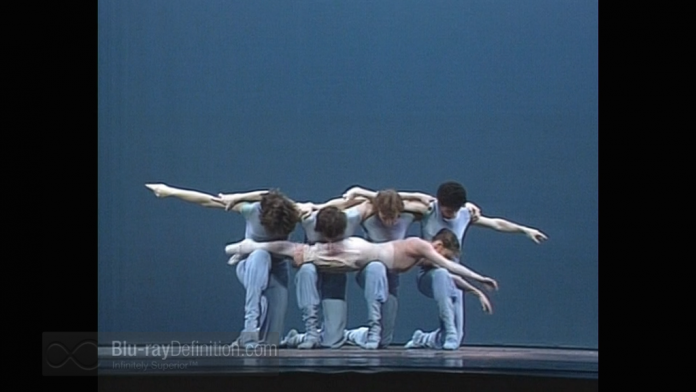 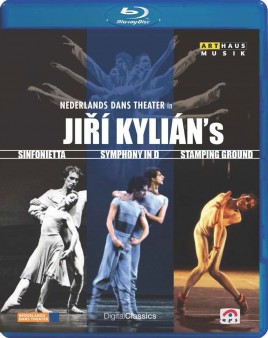 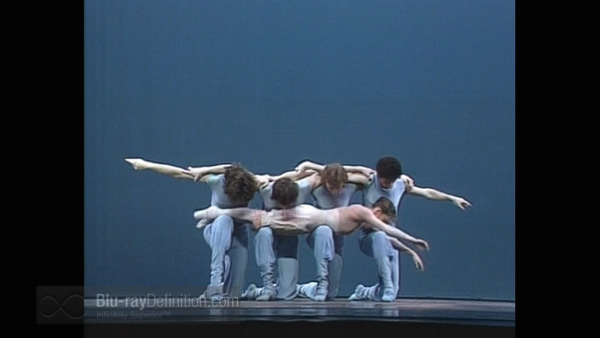 This Blu-ray presents three of Jiří Kylián’s earliest ballets for his ballet company the Nederlands Dans Theater. The famed Czech choreographer was still rather new to this company and for those who are already familiar with his body of work can see the origination of many of the dance moves that were to populate his later choreography. These ballets take their inspiration from a wide range of classical music sources and styles. 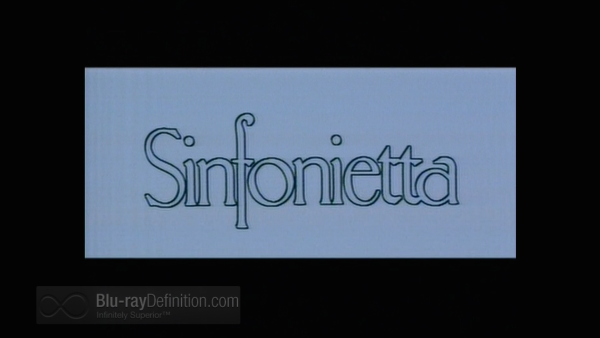 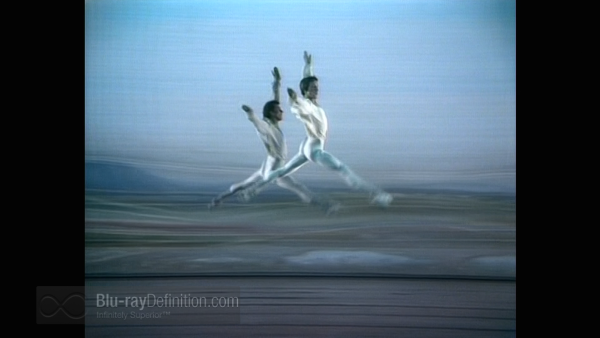 In the first sequence, a group of five men is pitted against a group of two men. It takes the form of a quasi-competition, a motif that Kylián used frequently in later works. The second sequence begins with two pairs that merge to form a quartet. One of the women covers her face, a gesture that will recur in this ballet. The third sequence features rapidly alternating pairs while in the fourth, there are bits and pieces of dance scattered throughout.  The finale has the leaping moves of the beginning with gradual retreat of the dancers to the back of the stage. One of the featured dancers is Sabine Kupferberg who is Kylián’s wife. 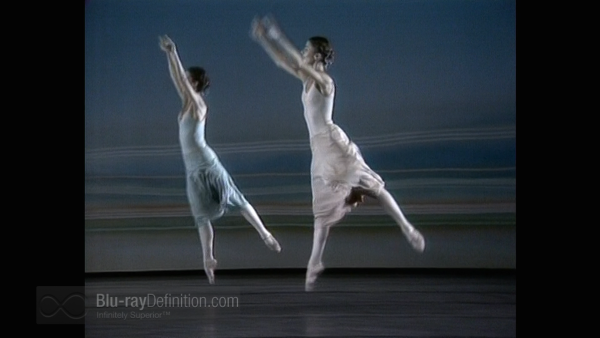 The fluidity of the choreography often contrasts sharply with the incessant drums that deliver an unvarying continuum of beats. 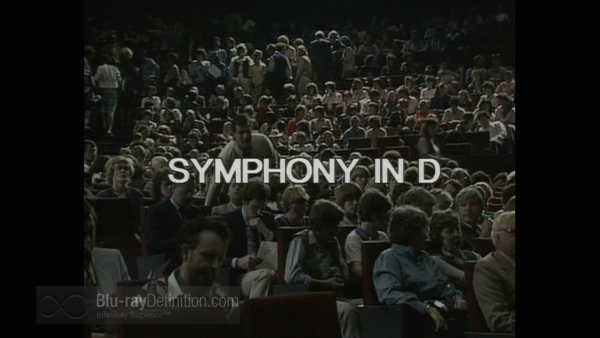 The majority of this ballet is danced to three movements from Joseph Haydn’s famous Symphony No. 101 in D, known as “The Clock” for its tick-tock effect in the Adagio. Kylián takes an opportunity to satirize several well-known ballets: Giselle, Swan Lake, and Apollo. 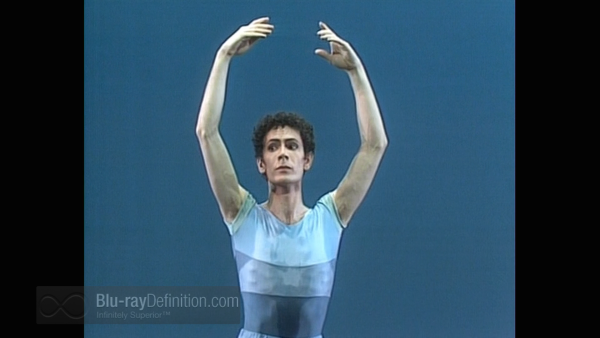 The corps de ballet is clad in demure pink swimsuits for the women and blue shorts for the men. Throughout, there are intentional gaffes performed by the dancers such as late arrivals on stage, starting off on the wrong foot or facing in the wrong direction. There is the additional unexpected falling, bumping and jostling with gross exaggerations of classic ballet steps and styles. In sum, a hilarious display that will tickle the audience from beginning to end. 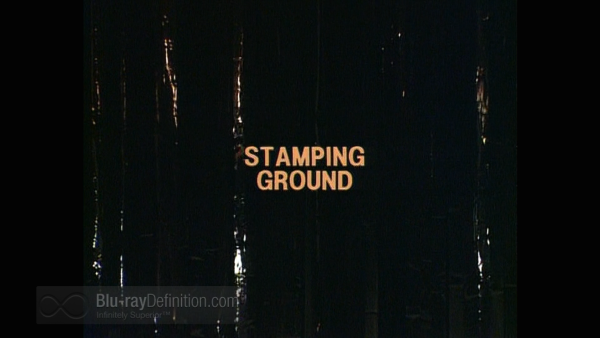 Choreographer Kylián took a trip to Australia to study the culture and dance of the Aborigines, rituals that appear very much today like they did thousands of years ago. Fascinated by the moves of these primitive dancers, particularly their stamping, Kylián wove this style into the more traditional form of dance, resulting in unique and attention-getting ballet. 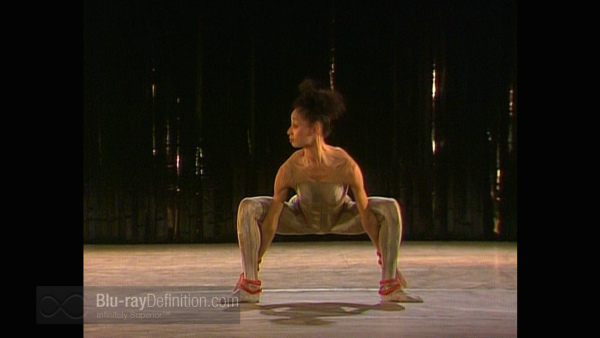 Stamping Ground refers to the distinct territory that each tribe possesses in which to perform their dances. The nearly naked bodies of the three men and women, each representing an animal, generate their own beats and rhythms that precede the eventual entry of Mexican composer Carlos Chavez’s Toccata for Percussion Instruments. The dance elements are both ancient and updated forming an eye-catching display of what human bodies can do when challenged by Kylián’s choreography. 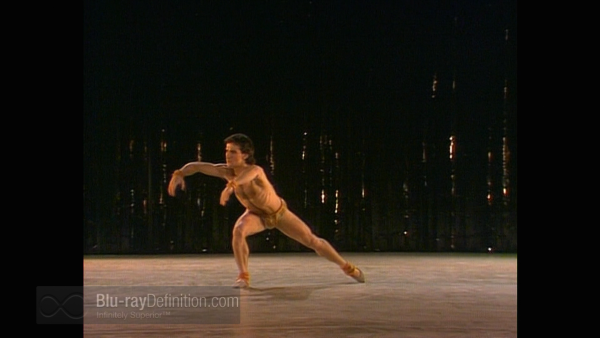 These three films were shot for television between 1983 and 1984 in standard definition and 1:33 aspect ratios. The colors and image details will not be up to current standards but are never less than watchable. Camerawork is excellent with near-perfect synchrony between the film crew and dancers. 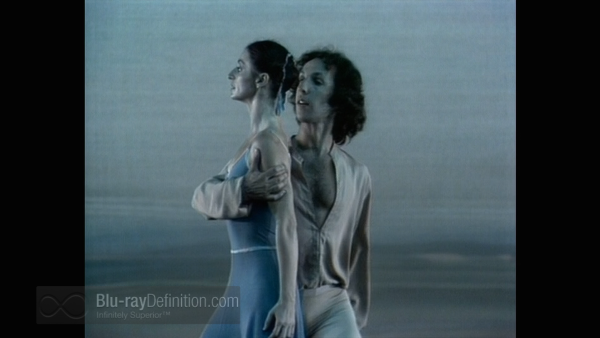 All of the sources were pre-recorded and range from boxy (Sinfonietta) to open and reasonably spacious (Symphony in D, Toccata for Percussion Instruments). The two-channel LPCM soundtrack is perfectly coordinated with the dancers. 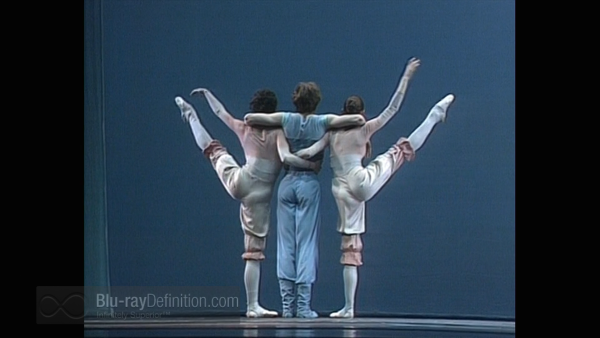 The program booklet has background essays on Kylián, his company, and descriptions of the dances on the program. Cast and production credits are also provided. There are two other worthwhile bonuses: 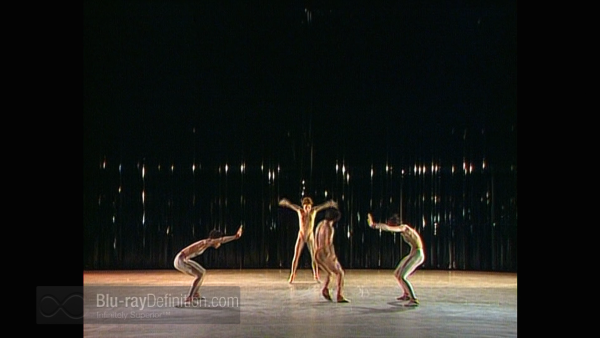 While the sights and sounds of this three-ballet collection are dated, the works presented represent three of the best dances that this Czech choreographer had ever conceived. A fascinating watch with great extras. 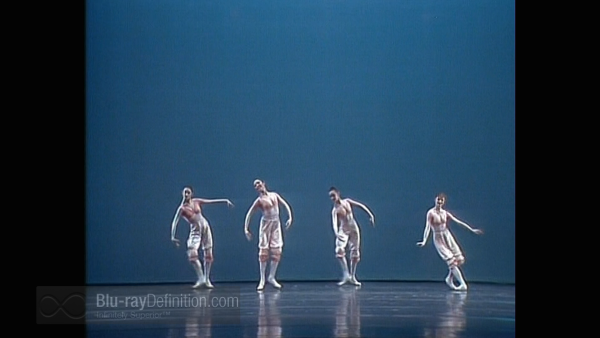 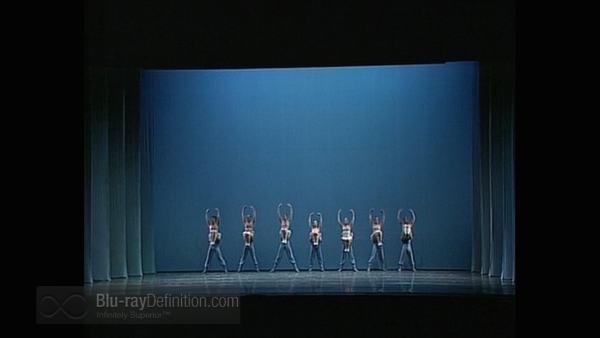 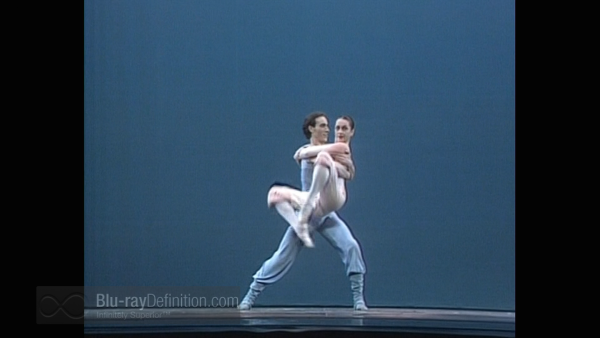 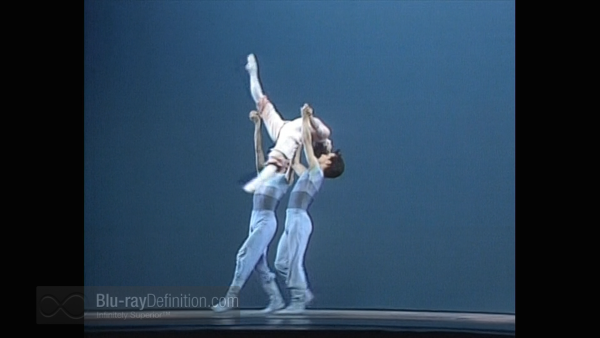 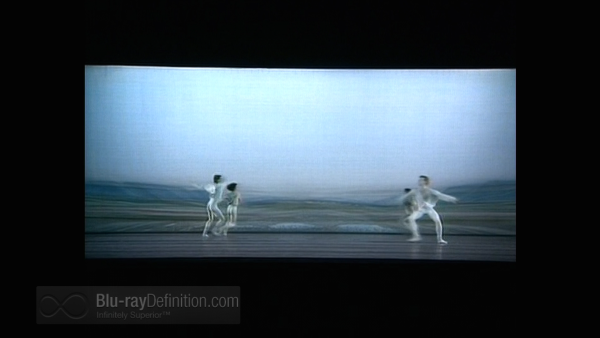 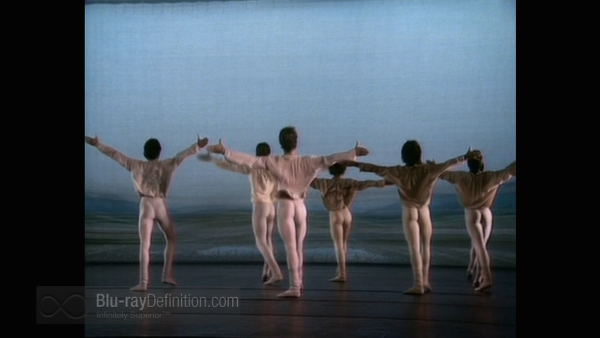 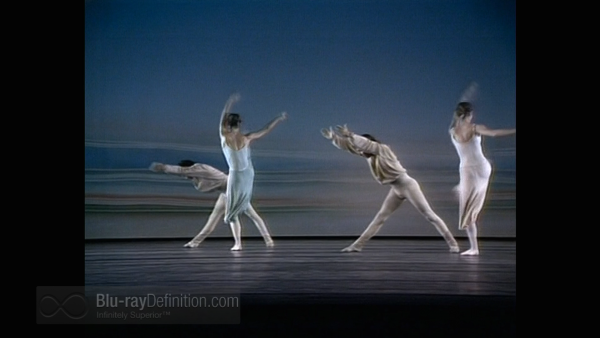 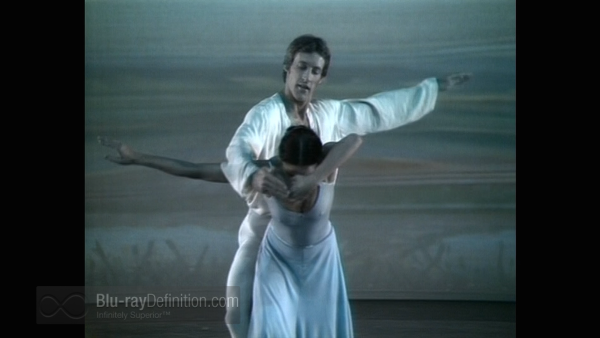 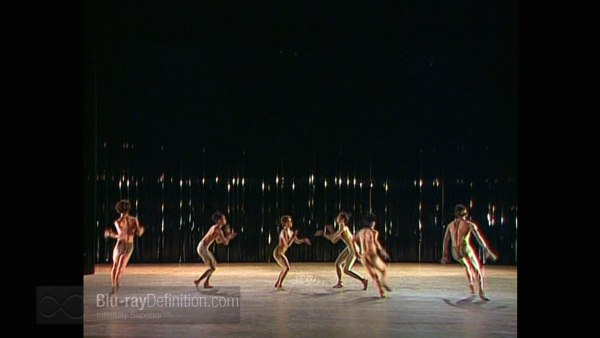 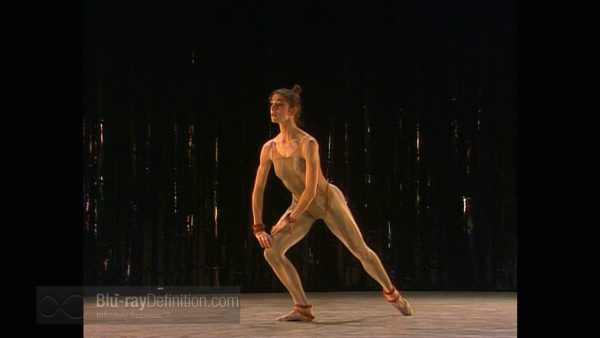 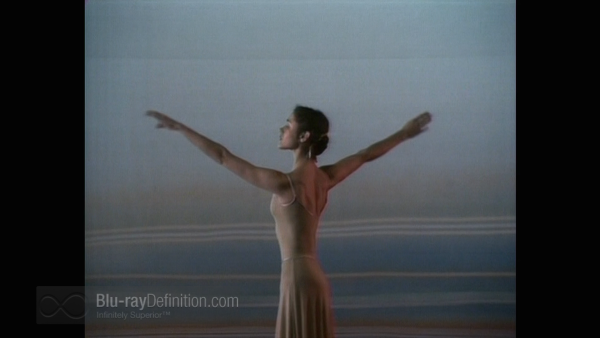 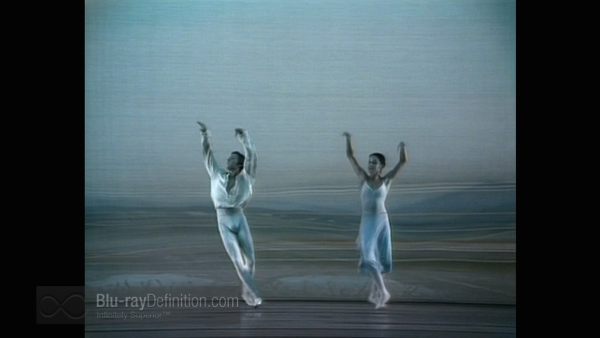