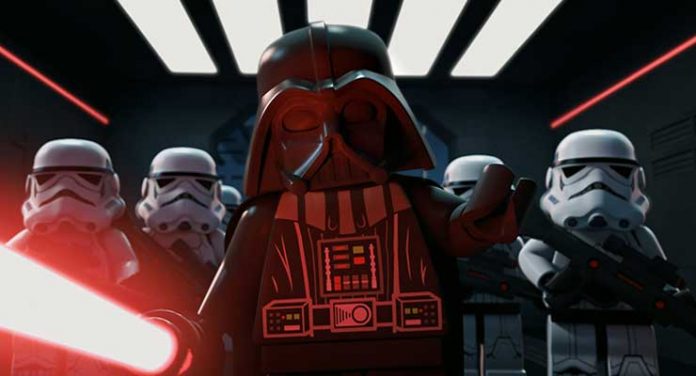 LEGO Star Wars: The Freemaker Adventures continues the successful LEGO/Lucasfilm collaboration with this Disney XD series aimed squarely at the tweens market. An action-packed comedy series that rarely takes the world of Star Wars and its vaunted mythology seriously, it follows the adventures of burgeoning Jedi Rowan Freemaker (voiced by Nicolas Cantu) and his family, brother Zander (Eugene Byrd) and sister Kordi (Vanessa Lengies). Together the Freemakers build custom starships out of the ruins of scattered space debris strewn across the galaxy, but when they are fooled by the nefarious sith, Naare (Grey DeLisle) who is working for the Emperor, they get drawn into a series of dangerous adventures searching for kyber crystals and trying to save the galaxy.

The first season of this kid friendly side stop in the Star Wars saga manages to squeeze in many familiar characters, including Lando, Jaba, and Han, and of course has Darth Vader (Matt Sloan doing his best James Earl Jones impersonation), because no Star Wars adventure intended for kids would be complete without Darth Vader. Older Star Wars purists need not apply, but this isn’t intended for you. All others, lean back and enjoy the silliness and lighthearted adventures of this youngster coming into his own and learning about how family and friends need to stick together in a crazy world where the empire grows ever more pervasive and destructive. Oh, yeah, and there’s a lot of laughs along the way. 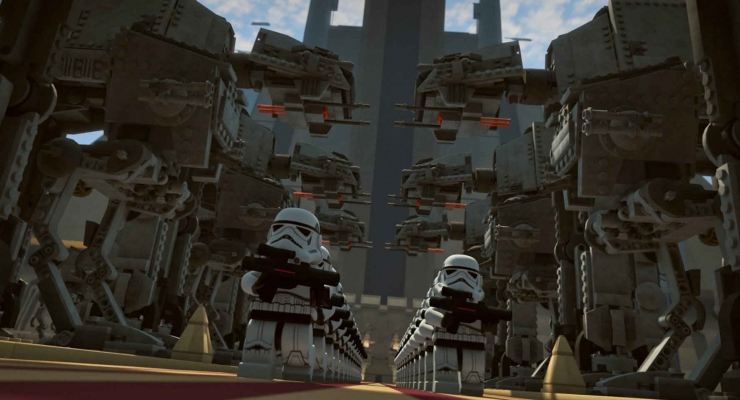 The series arrives on Blu-ray framed at 1.78:1 in an AVC 1080p encodement from Disney. The colors are vibrant, but not oversaturated. There’s a thin layer of “grain” that adds some good texture and keeps the image from looking completely cold. That said, there are some instances of aliasing that creep in around the edges of the animation that stop this from being a perfect image, despite superb shadow nuance and a generally pleasing overall image.

Usually Disney and Lucasfilm rock the audio on release like this, especially when it comes to Star Wars, but I’m disappointed that The Freemaker Adventures comes to Blu-ray with nothing but a lossless Dolby Digital 5.1 mix that is only middling at best. It lacks the clarity of most of the exceptional lossless mixes, and given the constant action in this series, it also lacks the discrete use of the channels. There’s mostly a lot of low-level ambience with just the occasional hint of discrete effects escaping to the surrounds.

We only get two extremely brief “featurettes” that offer some extra animation. The “Freemaker Salvage and Repair” extra is the best included video bonus and it is a faux commercial for the family’s junk and repair business. Also included are four exclusive collectible magnets with a different character on each.

A funny side trip set in between The Empire Strikes Back and The Return of the Jedi, The Freemaker Adventures is another LEGO/Lucasfilm collaboration that’s perfect for kids and lifts some of the seriousness off of the Star Wars mythology even as the ultra-serious Rogue One makes its way through theaters.