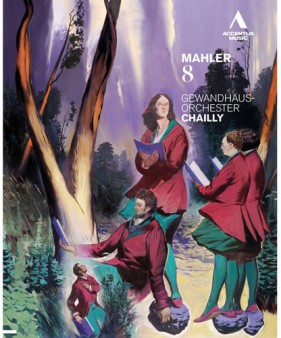 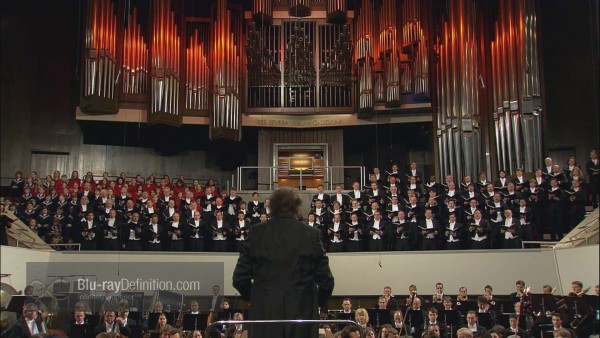 The Mahler Symphony No. 8, or “Symphony of a Thousand,” is possibly the apotheosis of the romantic symphony, involving some of the largest forces ever stuffed into an orchestra hall. Maestro Riccardo Chailly, director of the 2011 Leipzig Mahler Festival and the Leipzig Gewandhausorchester, adds eight soloists and five choruses for an anticipated overwhelming musical experience. The symphony opens with a liturgical cantata as the first movement (“Veni Creator”) and concludes with the final scenes of Goethe’s Faust as the second movement. This May 2011 performance presented obvious visual and sonic challenges, given its sheer size and musical density. The production team turns in an effective job in presenting the symphony’s essence, while maintaining the excitement of a live performance. 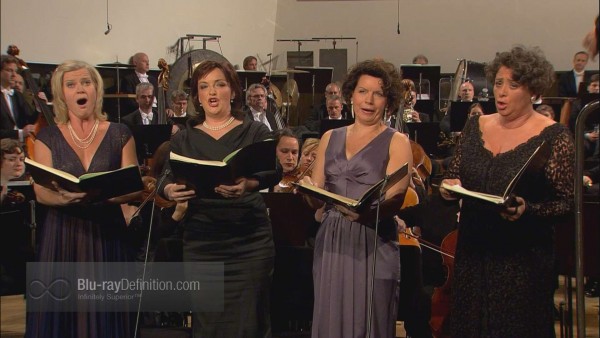 There is fabulous camerawork by director Michael Beyer’s team, giving a high impact video  that exploits this work’s huge scope without sacrificing the intimacy of the soloists or individual orchestral players. Close up detail is superb, actually may be a little too much so, as witnessed by tenor Stephen Gould’s  waterfall of perspiration in the first movement.  The color palette is simply beautiful. 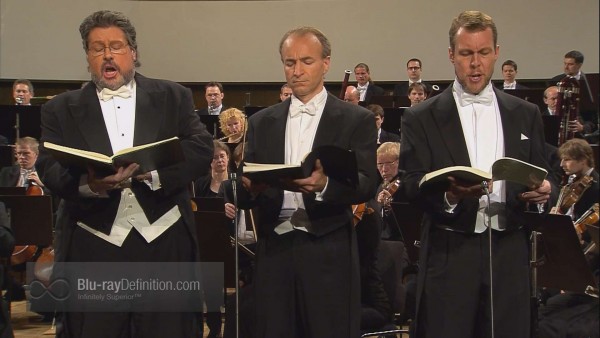 The Mahler Eighth, without doubt, poses one of the greatest challenges in the repertory for sound engineers. It is hard, perhaps impossible, to draw out the inner musical lines lying within this great wall of sound. A good job is done with the solo parts but for the most part, listeners will have to accept the premise that this great sonic wash would be the way the work will be heard by real audiences. Ambience is decent through the DTS-HD Master Audio 5.1 soundtrack, much preferable to the 2-channel PCM version and you really do need to hear the sonic decay and reverb to appreciate this symphony. 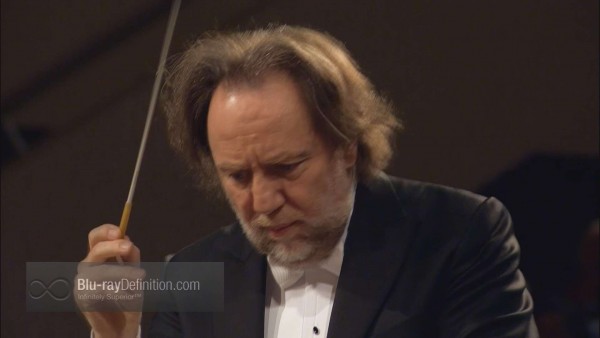 Trailers for other Accentus BDs only. 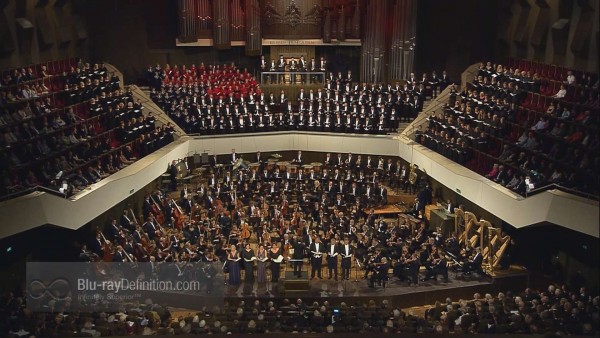 This symphony was not Mahler’s final orchestral composition, as he proceeded to compose a song cycle (Das Lied von der Erde), the Ninth Symphony, and a draft of a tenth symphony that remained unfinished at his untimely death.  However, the Mahler Symphony No. 8 is generally considered to be the high water mark in the Mahlerian catalog.  This is, to my knowledge, the premier BD entry in the field and, as such, has the inherent advantages of high definition sight and sound not available to its DVD competitors.  Conductor Chailly and his stalwart band of musicians turn in a powerful statement of this difficult work. The solo vocal efforts range from competent with tenor Gould sounding a bit stressed in comparison with his colleagues, to sublime, soprano Christiane Oelze. The mixed choruses turn in commendable performances.  For those acquainted with this work, the BD will provide a moving experience, while newcomers will get the equivalent of a musical shot to the solar plexus from final section with all assembled forces performing at once.  If not the last word on this piece, and perhaps there will never be one, this Mahler Symphony No. 8 provides a welcome addition to the classical BD library. 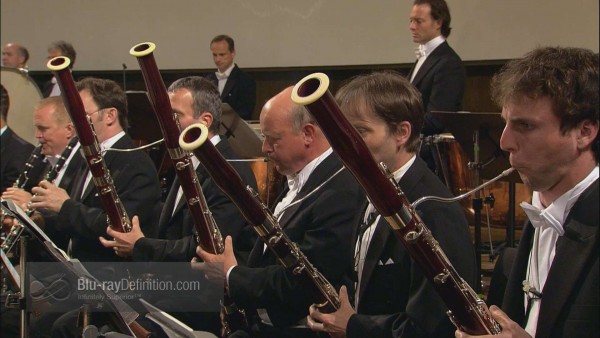 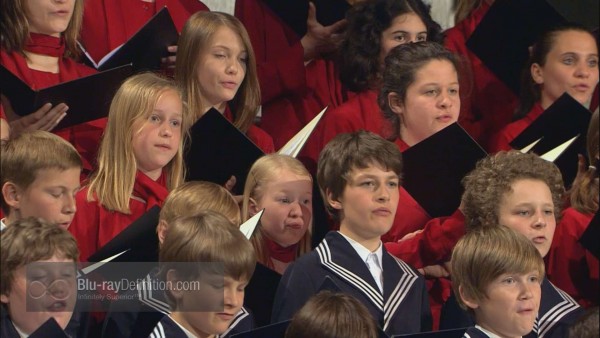 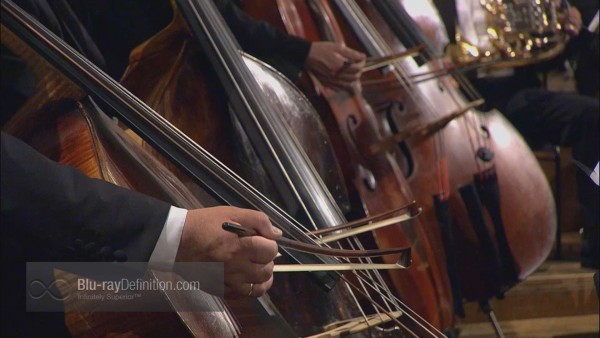