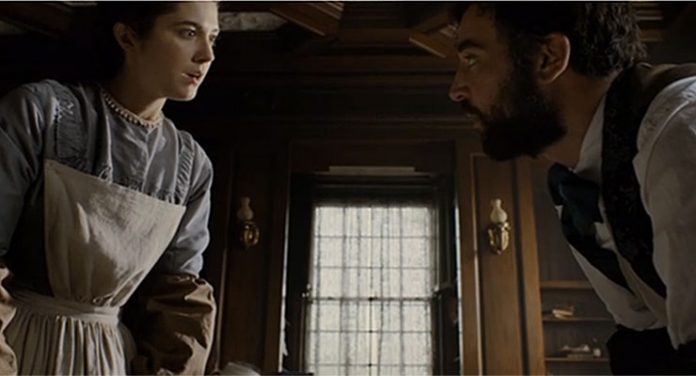 Ridley Scott is attached to Mercy Street as one of its executive producers, and that means that this PBS American Civil War era mini-series drama has not been spared any cost to give it that authentic look and feel, but that is about as far as its strengths extend. While the six-part series is not a total loss, the miscasting, terrible southern accents, and chockablock social issues damage the narrative more than add to it. 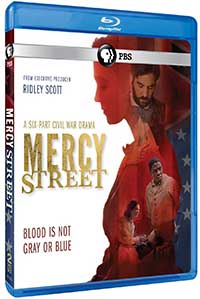 Set in Alexandria, Virginia at a Union hospital during the American Civil War, Mercy Street follows the lives of two women with diametrically opposed viewpoints who cross paths at the hospital, and the people around them whose lives they influence. Mary Phinney (Mary Elizabeth Winstead, The Hollars) is a staunch New England abolitionist, and Emma Green (Hannah James), is a sheltered southern belle. The two women cross paths and butt heads in the Mansion House hospital, former home of the Greens that has been transformed into a Union hospital as Alexandria is under martial law in control of the Union Army. Both women will come to witness the devastating effects of the war and learn sympathy for the other side in this complicated cross-section of freed slaves, slave owners, racism, bigotry, honor, rebellion, death, and brother against brother. Mary will find herself forming an unlikely bond with Union hospital doctor Jedediah Foster (Josh Radnor, TV’s How I Met Your Mother), a southerner who decided to fight for the Union, but whose brother fought for the Confederacy. Meanwhile, Emma, unwanted and looked upon with suspicion at every turn at the hospital, fights for the rights of the few Confederate soldiers they agree to take in and treat.

The standout performances in the series come from Winstead and Shalita Grant (TV’s NCIS: New Orléans) who plays freed slave Aurelia Johnson who, although she has found freedom thanks to President Lincoln and the Union Army, finds a new oppressor in the ironic form of a bigoted Union commander who forces himself on her sexually. Josh Radnor is out-of-place here, lacking the gravitas for his role, especially a subplot about his addiction to morphine. AnnaSophia Robb appears as the Green younger sister and puts on such a cliché performance as the spoiled southern belle, affected accent included, that one wonders how she made it past the casting directors.

Performances aside, the six-part series is also somewhat caught up in hitting all the obvious points that one would expect in a series such as this – the effects of slavery, the rape of black women, the drug addicted Civil War veterans, brothers fighting on different sides of the war –that it lacks focus and feels more like an after school special. Where the strengths of certain performances and the production certainly shine, the overall story arc and screenplay don’t reach the usual heights of these sorts of costume dramas from PBS.

The high-definition production on the Arri Alexa brought to Blu-ray in an AVC transfer from PBS does a fine job capturing the authentic look and feel of mid 19th century Virginia. There’s an organic, filmic quality in what often amounts to a purposely drab palette of earth tones, full of textural detail and nuanced shadow detail.

I guess I’m so used to reviewing the Masterpiece Blu-ray releases from PBS that almost always have only stereo mixes on them that I was very surprised to hear a lossless DTS-HD Master Audio 5.1 mix presented on Mercy Street. That said, this release probably could have gotten by just as well with a stereo track anyway, since they haven’t done much with the extra channels. There is some very mild ambience and the occasional noticeable sound effect in the surround channels, with the bulk of the action being spread across the front. 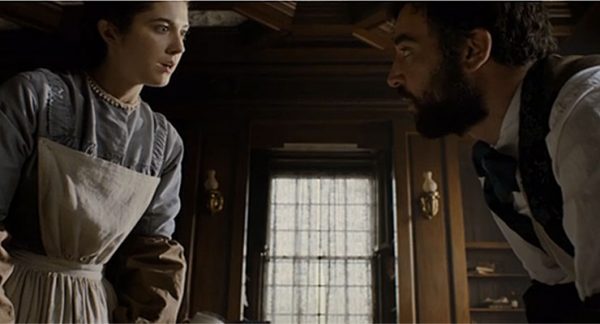 A hit-and-miss look at the bloodiest divide in American history, Mercy Street fails to really dissect that era in a meaningful way, instead delivering clichés, poor plot devices, and miscasting. The production values and a couple of good acting performances save this from being a total loss.