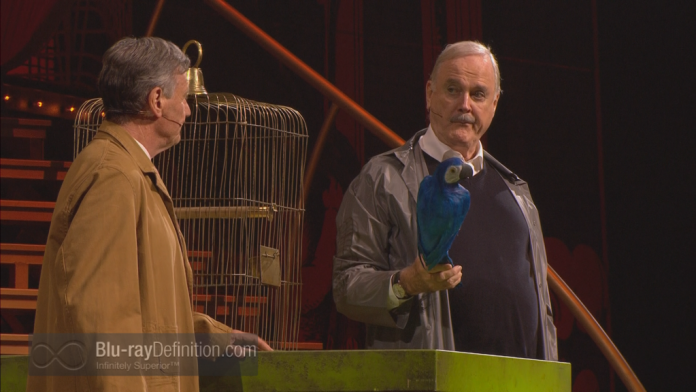 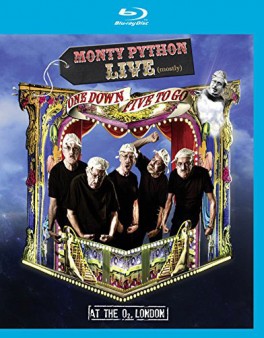 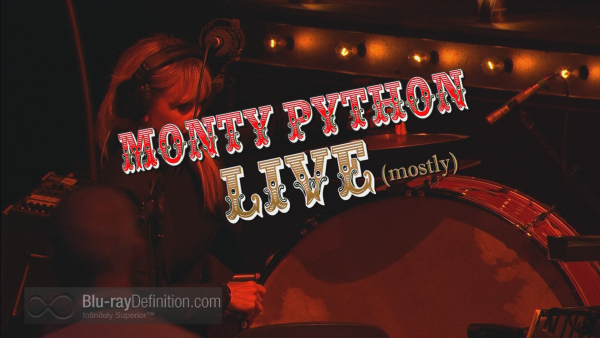 Monty Python fans have waited a mere forty years for this live program, filmed at London’s O2 on July 20, 2014. The title, One Down Five To Go, refers to the missing member of the group, Graham Chapman, who died a quarter of century ago. The remaining Pythons will all be familiar to the viewing audience: John Cleese, Michael Palin, Eric Idle, Terry Jones, and Terry Gilliam. 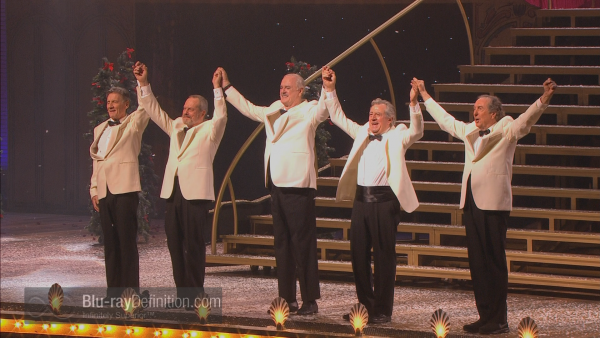 Interweaving clips from classic Monty Python comic sketches (in glorious standard definition) and a number of Terry Gilliam’s hilarious animations, we are given new renditions of some Python favs: the Dead Parrot, the Lumberjack Song, the Spanish Inquisition, Spam, Nudge Nudge, the Four Yorkshiremen, and for the grand finale, “Always Look On The Bright Side of Life.” 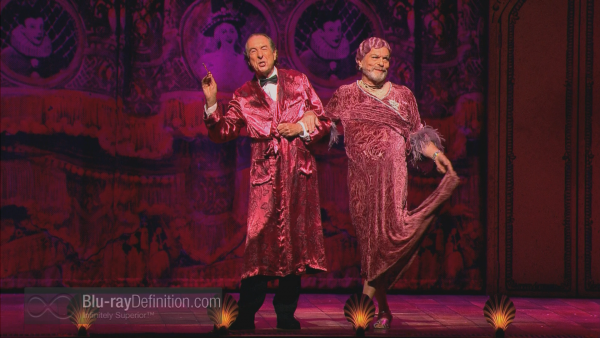 Unlike the BBC weekly shows that ran from 1969-1974 and that were required to meet the broadcast censorship standards of that era, these live performances are completely unbuttoned with enough “bad” language, sexual overtones, and broad pokes at organized religion to readily merit its PG-13 rating. Replete with saucy one-liners like “did you hear about the barmy bastard who took Viagra instead of his sleeping pills — he ended up having forty wanks,” and equally ribald ditties, this show could have garnered an even more adult rating. 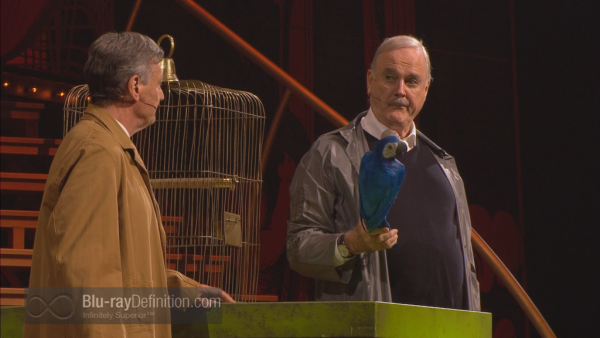 That said, the core elements that made Monty Python the comedy darling of its time have been well preserved and are on full display, much to the delight of the large crowd in attendance (including Stephen Hawking himself), and will certainly bring many chuckles and occasional belly laughs to viewers at home. While the remaining Python members were all in their early seventies when this show was filmed, their onstage antics and energy belie their advanced ages. In short, Monty Python (minus one) has still got it! 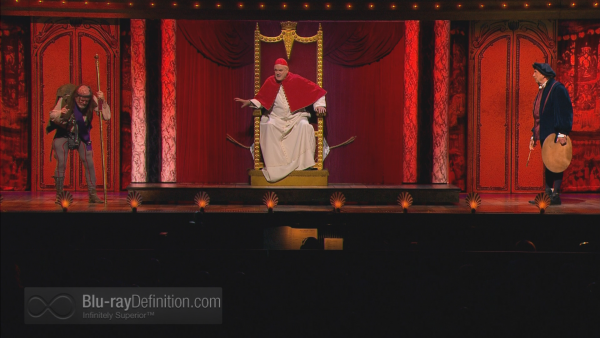 The visuals vary a good bit here with generally good close-ups when the lighting is good and some loss of detail when the lights are dimmed. Colors are excellent and the cameras give us a nice sense of being in the audience. 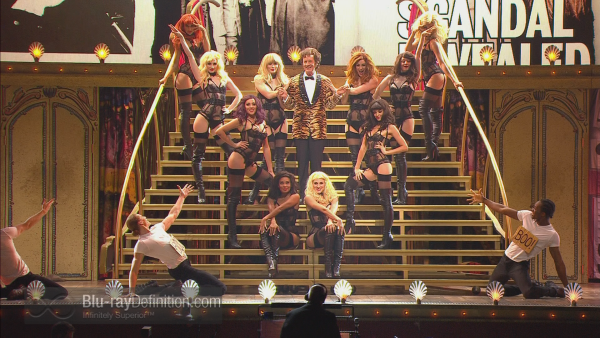 The surround soundtrack offers up the hall echo (it is a rather barn-like venue) as well as occasional audience noise and copious laughter much better than its two-channel alternative. 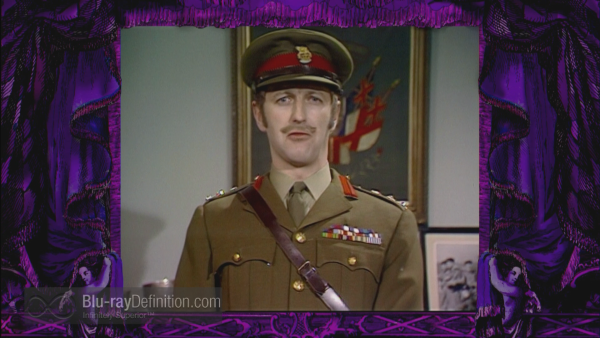 We get some brief but fun snippets from the Pythons behind-the-scenes (English LPCM Stereo 48kHz/16-bit) (22:52):

A program booklet with extensive background notes and bios on the cast and production is included. 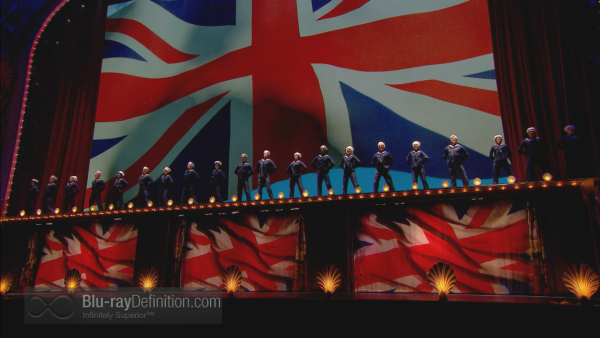 Some performers, like fine wine, seem to improve with age, and this seems to be the case with the Monty Python troupe. Comedy acts often become dated and their routines loose their spark. This is not the case here. With this two-hour trip down memory lane, the Pythons still have the ability to tickle their audience’s respective funny bones. Sprinkled with the dashes of irreverence that these comics dole out with perfection, the only regret that I have is that Graham Chapman (who gets his celestial nod in the Dead Parrot number) could not have been there to share the stage. 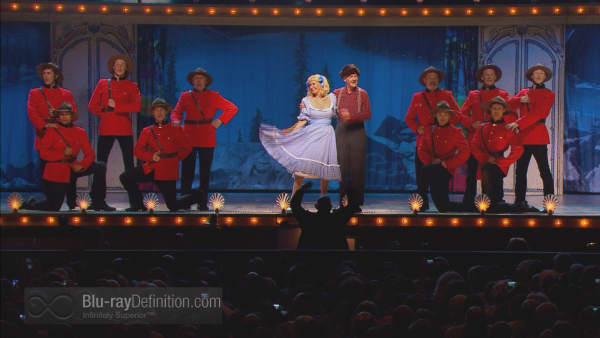 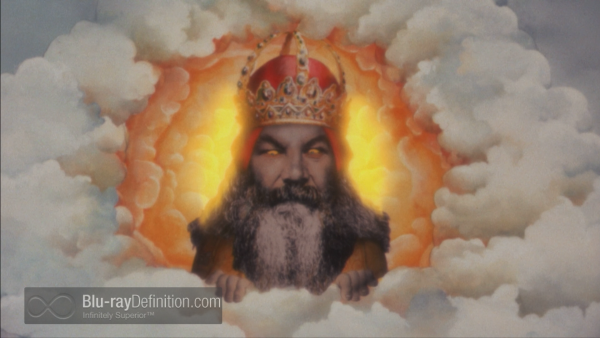 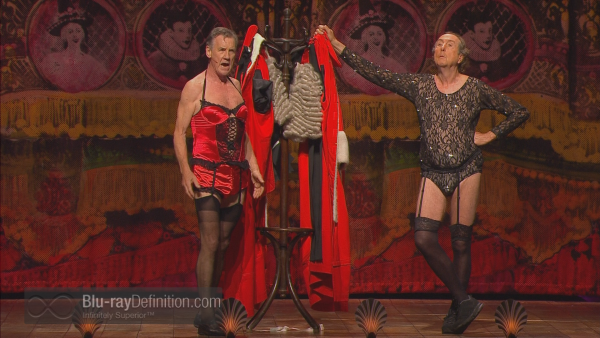 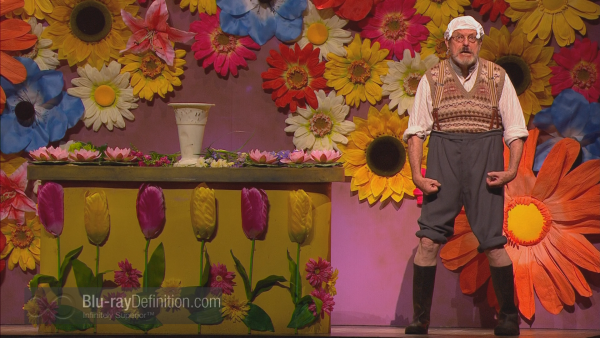 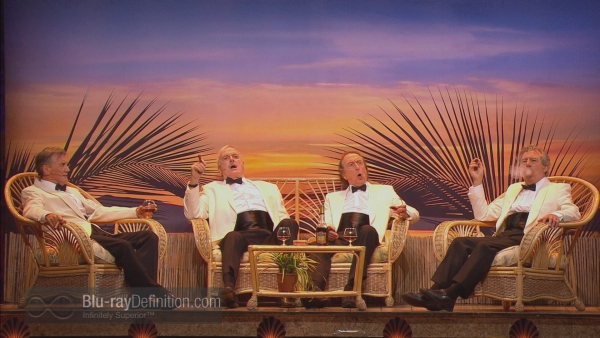 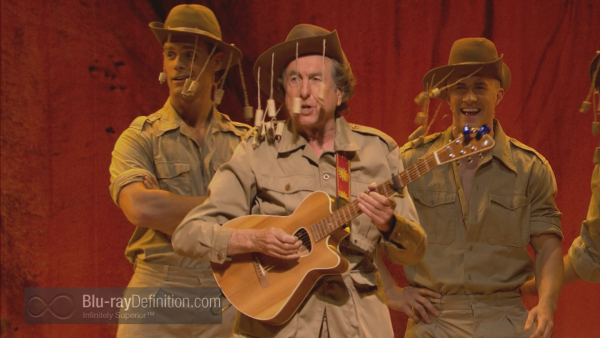 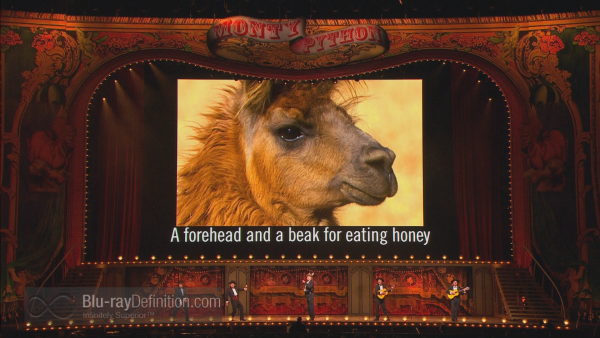