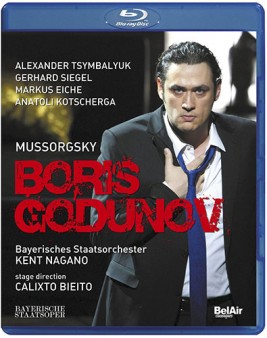 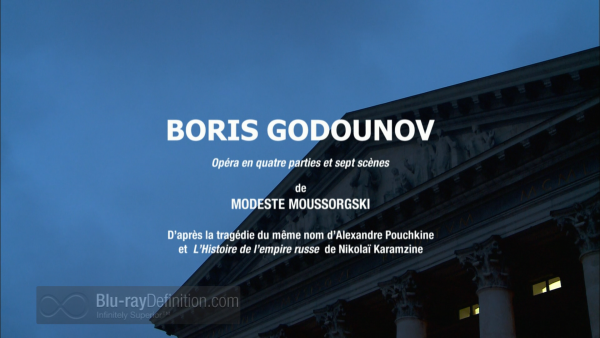 A mainstay of the Russian opera repertory, Boris Godunov, is Modest Mussorgsky’s reworking of the Pushkin drama that recounts the title character’s ascent to the throne via murder of the heir apparent and his eventual undoing by his own guilty conscience. 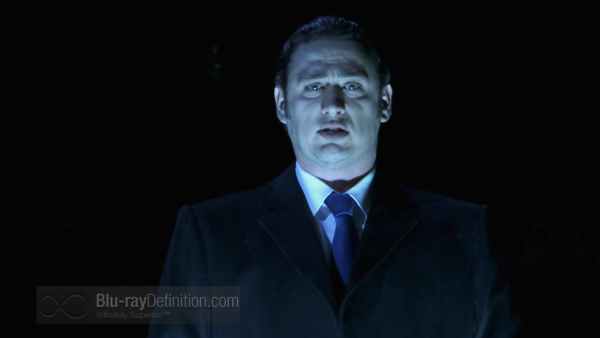 As the opera opens, the old Tsar has died and Regent Boris Godounov (Alexander Tsymbalyuk) is being exhorted by a noisy crowd to accept the crown. He first refuses, but later yields to the requests of the boyars led by Prince Shuisky (Gerhard Siegel). 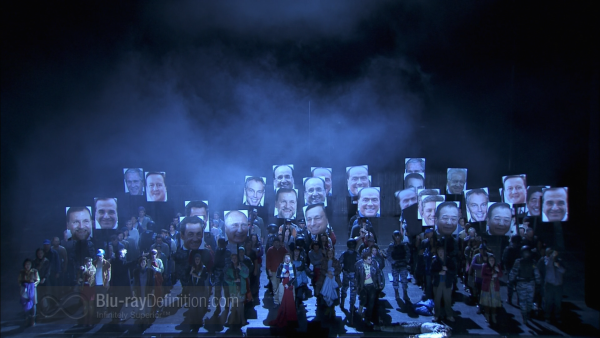 The old monk Pimen (Anatoli Kotscherga) is completing a history of Russia, but worries that the final chapter of Boris’ reign will be marred by his suspicion that Boris had Dmitri, the exiled tsarevitch, murdered. Pimen tells his protégé, Grigory (Sergey Skorokhodov) that, if Dmitri were still alive he would be the same age as the young monk. Grigory takes to the road to begin a plot that will avenge Boris’s evil deeds. He meets two drunkards Missail (Ulrich Ress) and Varlaam (Vladimir Matorin) in a tavern. When border guards appear, searching for Grigory, the monk, pretending to read the wanted man’s description, throws suspicion onto Varlaam and escapes. 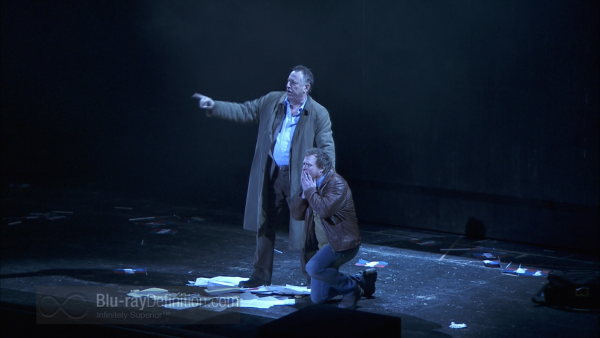 Some years later, we are in Tsar Boris’ palace with his children Xenia (Eri Nakamura) and Fyodor (Yulia Sokolik). Xenia is mourning the death of her fiancé (and drinking heavily). Boris is troubled by current poor condition of his country. Prince Shuisky warns Boris that a “false” Dmitri has been gaining support among the nobles and the church. A vision of the dead Dmitri reappears to Boris who has a full-blown panic attack. 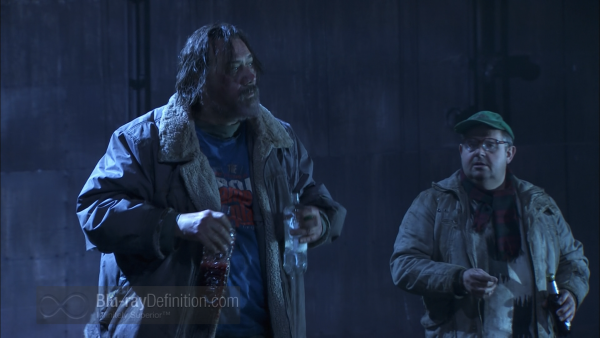 Russia is in disarray and people are beginning to believe that Grigory is the real tsarevitch. The council of the boyars attempts to maintain law and order. Prince Shuisky arrives and informs the boyars of Boris’s mental breakdown. Boris appears, conscience-stricken, and, thinking that he has secured the throne for his son, he dies. 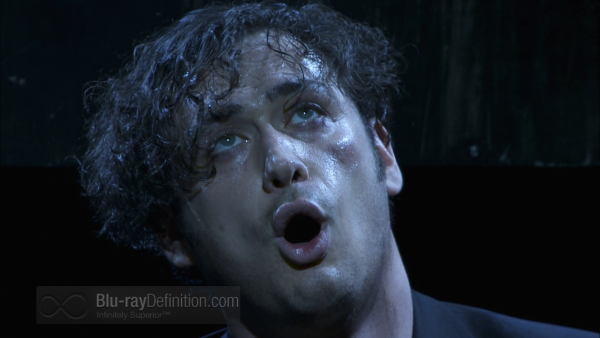 Calixto Bieito directs this updated rendition of the original 1868/1869 version, complete with the crowd bearing placards of Putin(!) and other world leaders. With a cast led by a young Ukrainian bass-baritone Tsymbalyuk, we get a mix of native and non-native Russian singers. Veteran conductor Kent Nagano gets his Bavarian forces to deliver the big sound that this work merits. This opera rises or falls on the vocal cords and body language of its hero who gets an adequate if somewhat underplayed recreation by a promising young singer. The chorus, a major part of this opera, sounds a bit underpowered as well. The other principals are, for the most part, competent if not exceptional, with an unfortunately woolly delivery of the pivotal role of Pimen by bass Kotscherga. 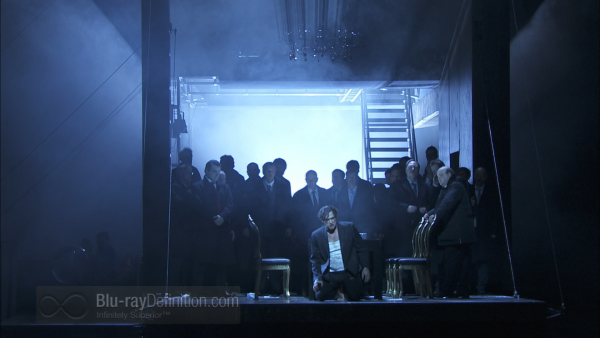 This 2013 production is updated to present-day, complete with punk costumes for some cast members, heavily-armored police, and trench-coated officials. The sparse set undercuts the panoply with which we usually associate Boris Godounov and makes for a tiresome watch, particularly with persistent use of fog to obscure the stage and numerous out-of-focus moments. The persistent bluish cast over most of the scenes makes colors and details more difficult to discern. The usually entertaining tavern scene that is one of the few light moments in this dark opera is cheapened by the use of throwaway props and the ubiquitous fog. 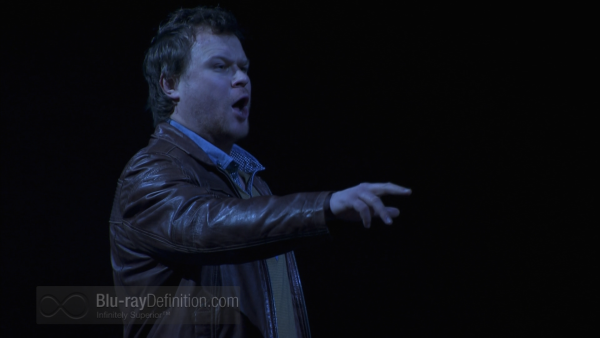 Balance between singers on stage and orchestral pit, favors the latter, making the vocal lines occasionally difficult to discern. The surround channel soundtrack is somewhat murky with some muddy bass. 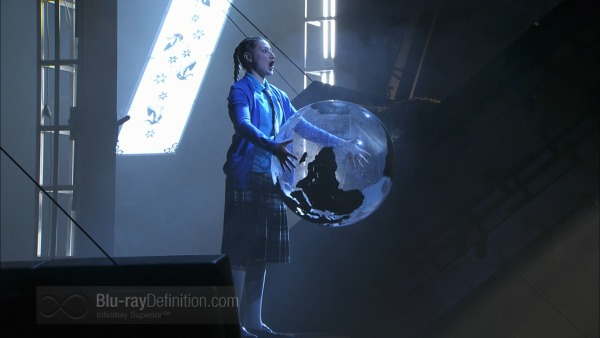 We get nothing here. 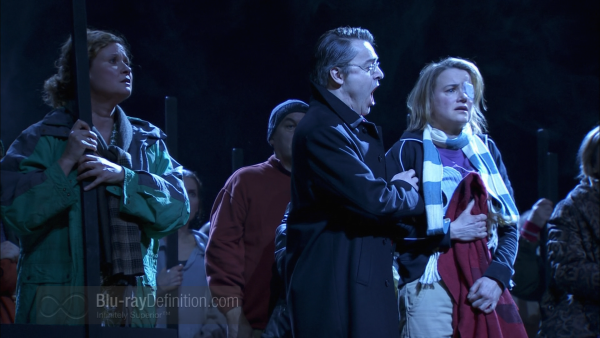 Boris Godounov requires several large-scale elements to succeed and this Bayerische Staatsoper production fails to deliver on most of them. I have little doubt that, one day, Alexander Tsymbalyuk will be a very good Boris, but now he simply lacks the essential dramatic palette that this complex part requires. The supporting cast is not strong enough vocally or dramatically to bolster this performance. The chorus, an equal partner in this opera, fails to convey the requisite massive wall of sound. The strong suit here is maestro Nagano’s negotiation of a towering score and the extraction of some nice details when the sound engineers allow them to be heard. Lacking the majesty of stagecraft or costumes, this modernist rethinking of Mussorgsky’s masterpiece is further undermined by a continually dark stage, often shrouded in fog. Run time may seem short to those who are used to seeing the “Polish court” scene or the final triumphal return of Grigori to the Kromni forest, both added in the 1872 revision. A previously reviewed Boris Godunov from Turin suffered from some of the same shortcomings as the present release in its lack of staging, lead singer with limited experience, and omission of the same scenes. Perhaps, the Metropolitan Opera will see fit to bring their heroic and well-sung 2010 large-scale production to the Blu-ray format. Until that happens, this Blu-ray version can be bypassed. 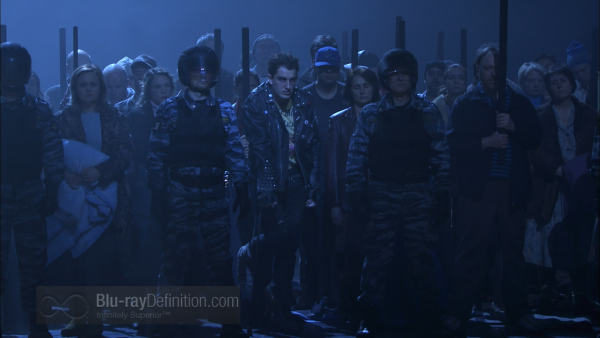 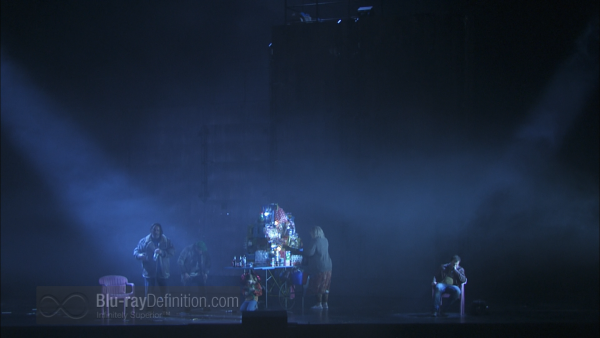 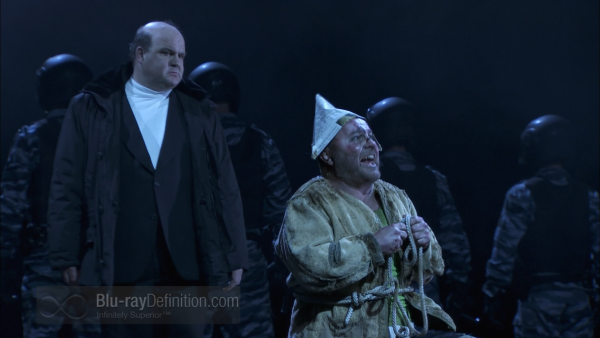 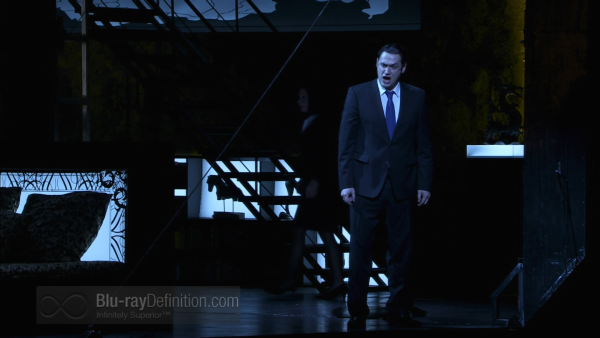 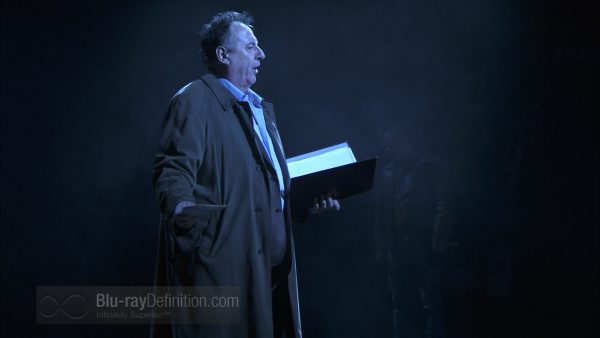 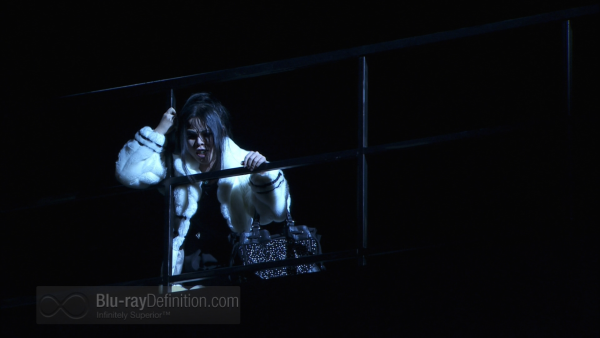 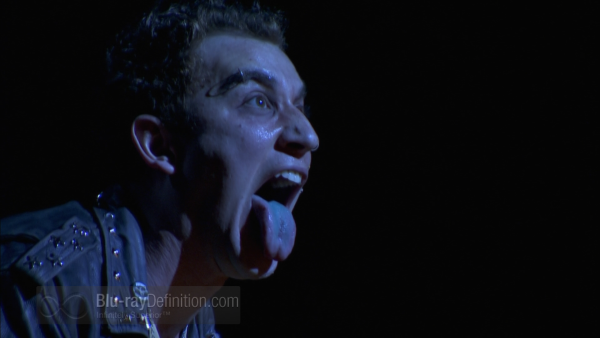