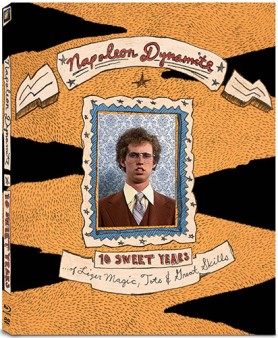 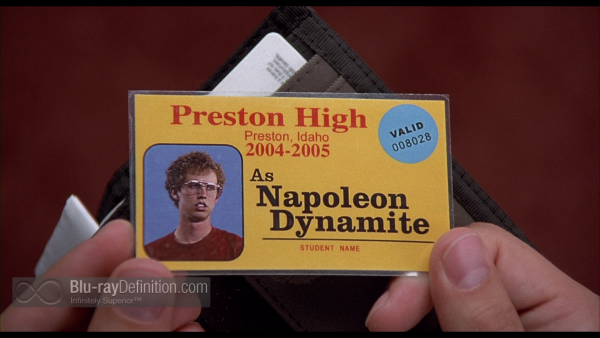 Napoleon Dynamite was filmmaker Jared Hess’ debut. The 2004 sleeper hit is an oddball comedy set in small town Idaho following the titular character’s (Jon Heder) efforts to win the school presidency for his new friend Pedro (Efren Ramirez) against popular girl Summer (Haylie Duff) while also dealing with his eccentric family life at home. Mainly, Napoleon has a llama-raising grandmother (Sandy Martin) not too concerned with his day-to-day life and a bully of an uncle named Rio (Jon Gries) who’s stuck in his past glories as a high school footballer.

Hess’ film exists in some weird, surreal world that hangs out of time and place, removed from the viewer and history, and it is this barrier that makes it both unsettling and at times cold. It does have its moments of sheer amusement, like Napoleon getting hit in the face with a steak, but it is equally brutal in its portrayal of the humilities that the nerdy outcast Napoleon must suffer daily in his school at the hands of bullies.

These things are all what made it, perhaps, so appealing to its target audience of MTV viewers (the channel’s film production company was behind the film) back in 2004. I often refer to Napoleon Dynamite as the ultimate stoner film in which not a single drug reference is ever uttered, given its absolute quirky and surreal, almost meta use of comedy, a trend that would continue throughout the millennial generation, but not to such nuanced effect. 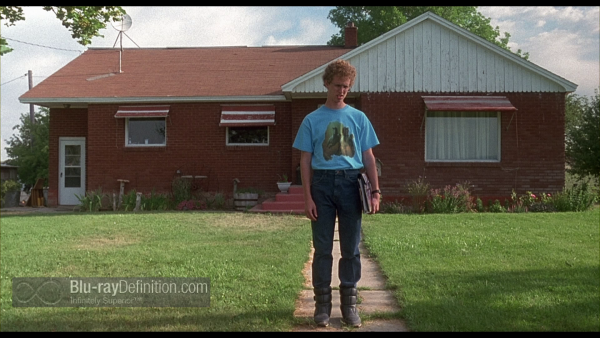 Napoleon Dynamite was previously released to Blu-ray by Fox in 2009. There’s no indication by Fox that this is a new restoration and unfortunately I can’t seem to track down my original copy, but this AVC 1080p transfer looks quite fine, with only the slightest bit of grittiness. Source damage is ever so slight, with a hint of dust and dirt in some spots, but it is basically clean with good detail and color reproduction. 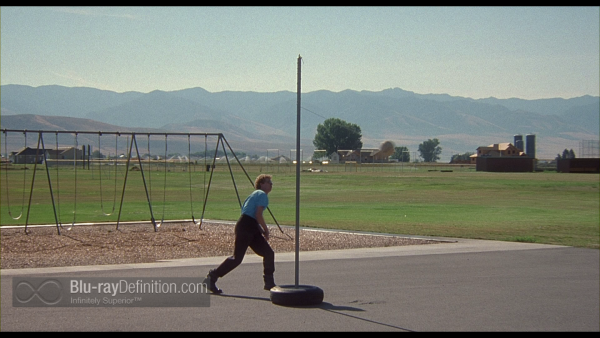 The lossless DTS-HD Master Audio 5.1 (48kHz/24-bit) soundtrack is extremely subtle, adding only the slightest bit of ambience and low-level atmospheric effects in the surround channels, slight stereo panning across the fronts, and clear dialogue in the center. 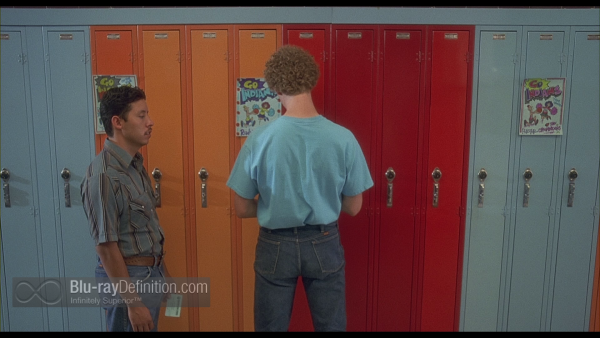 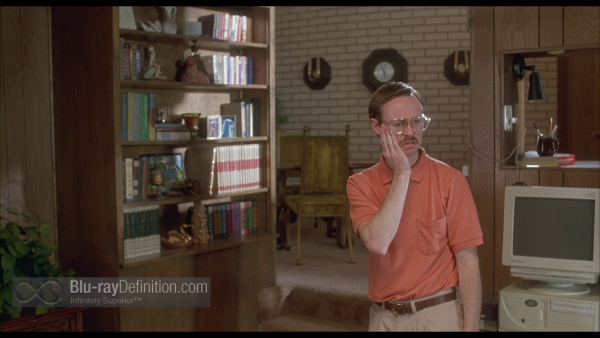 Some flaws aside, Napoleon Dynamite is a comedy that is worth watching, but it won’t be for everyone. It does get better with multiple viewing, but I would recommend spacing those viewings apart, because the dryness of that humor may leave you in a bit of a downbeat mode. 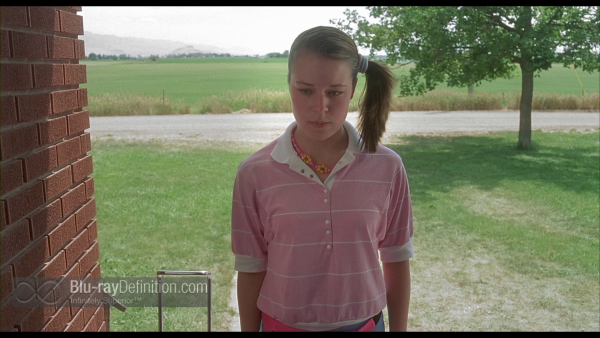 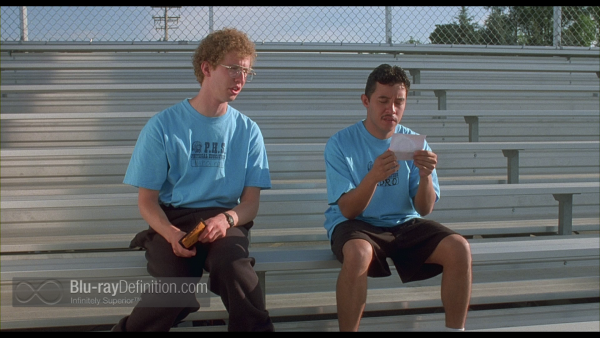 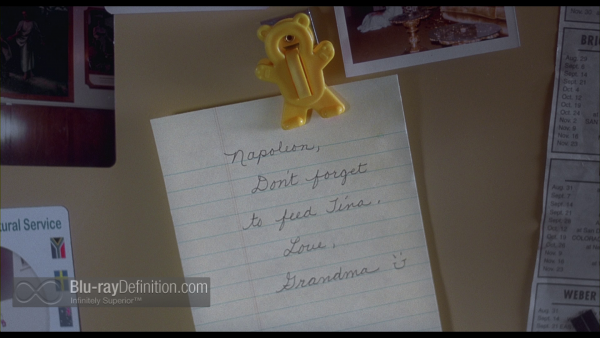 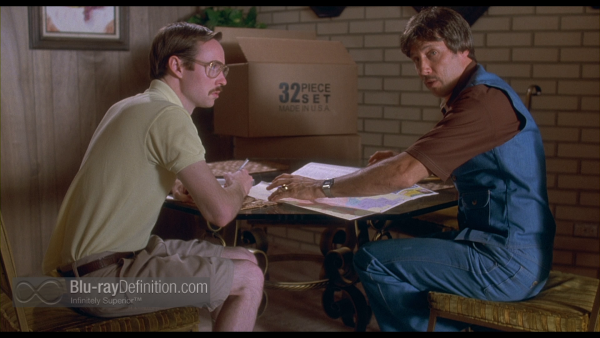 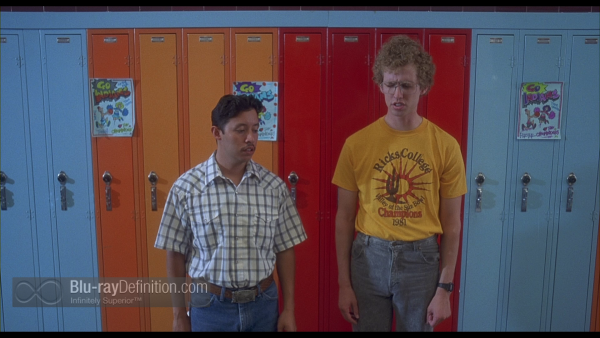 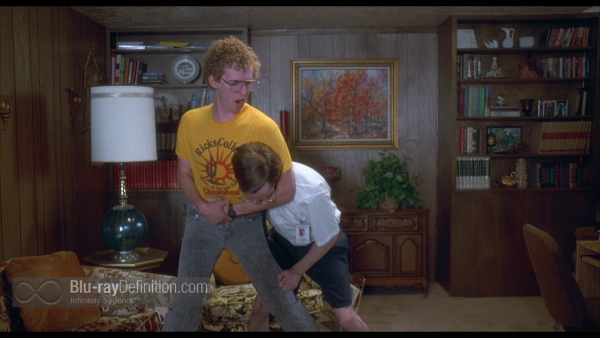 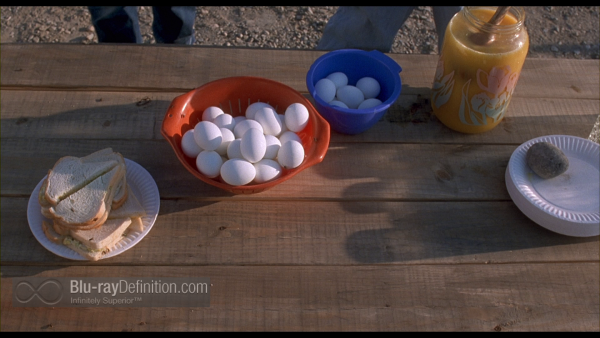 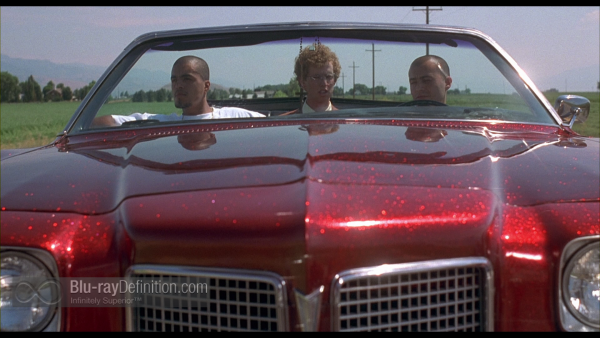 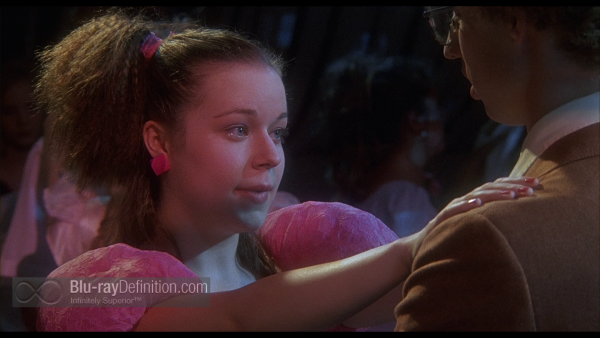 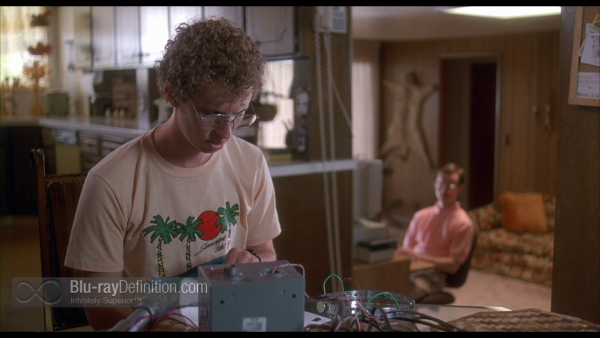 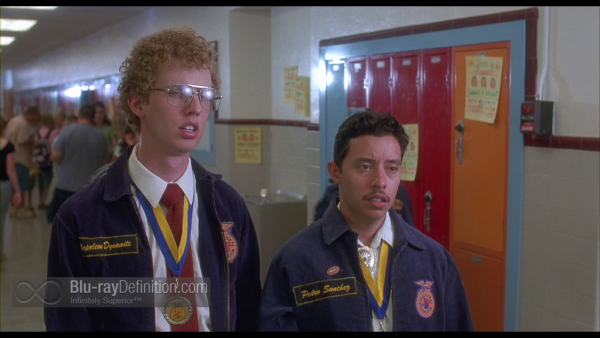 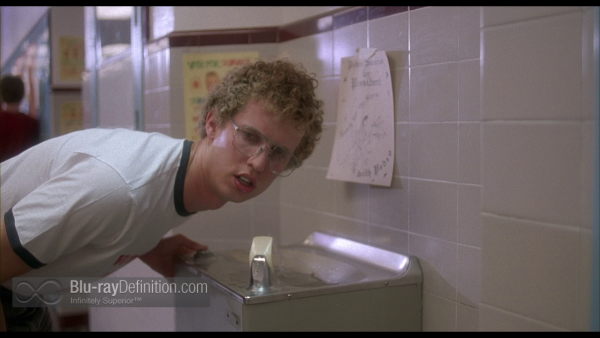 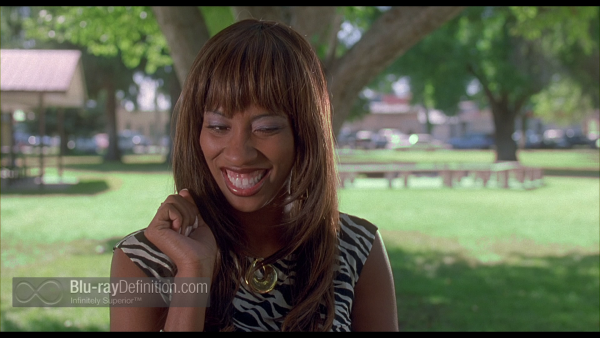 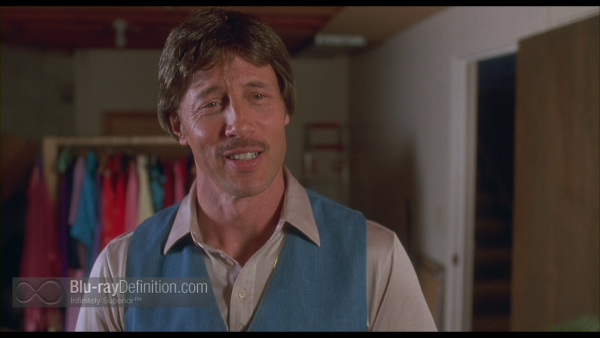 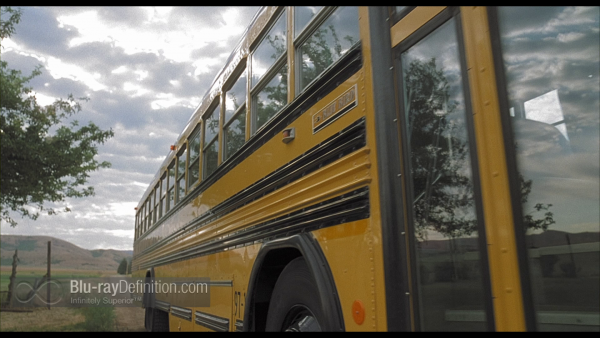