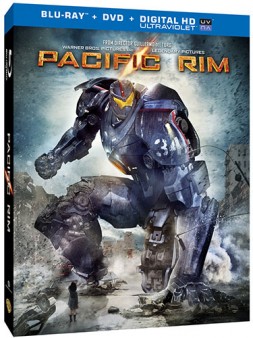 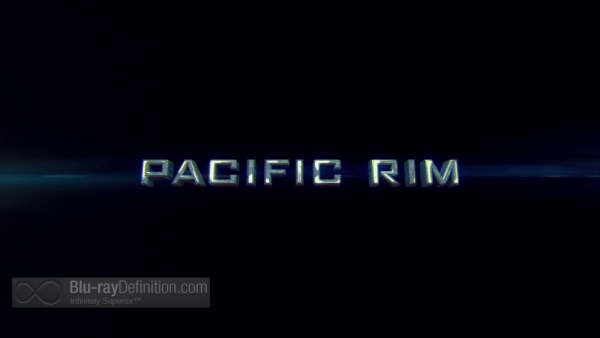 Throw away all preconceptions about any high concept drama going into Guillermo del Toro’s Pacific Rim. The film is meant to be, and is, sci-fi action entertainment in its purest form. It’s wild, it’s exuberant, it’s at times brainless and confounding, and it is absolutely fantastic. Furthermore, Del Toro’s film is an homage to the Japanese Kaiju or “Monster” films (think Godzilla) and the mecha genre of, particularly anime in which humanoid robots controlled by humans powering them from inside usually do battle against either other mecha or kaiju (think Neon Genesis Evangelion). Turning this format into live-action spectacle is like a glorious theme park ride that comes across better than one would have expected. With Del Toro being non-Japanese, he is also able to craft a film from an outsider’s perspective and breathe new life into the genre without being beholden to it or strictly copying that which has gone before.

Set in the near future, humanity suddenly faces a serious threat when giant sea monsters, dubbed kaiju, emerge from a tectonic fissure in the Pacific Ocean and begin terrorizing cities around the world. The world’s militaries find themselves able to defeat them initially, but as they continue to swarm out of the fissure, humanity is soon overwhelmed. It takes a worldwide effort by the governments to develop a new form of defense, the Jaeger program; giant humanoid robots with massive power driven by pilots within. The battle shifts in humanity’s favor once more, but the stress is too much on the pilots’ bodies. That’s when “the drift” is discovered. Pilots who are compatible with each other and can meld their minds with one other and pilot the Jaegers in tandem are deployed, and a new era begins – until the kaiju begin to adapt and learn the human defense tactics. Washed out pilot Raleigh Beckett (Charlie Hunnam; Sons of Anarchy) and his young trainee Mako Mori (Rinko Kikuchi) end up being the last hope for the Jaeger program and humanity’s defenses, as the mystery behind the kaiju comes into focus and other efforts to stop the creatures begin to fail.

Del Toro not only put together an amazing visual presentation with Pacific Rim combining the best of digital and practical effects, but his grasp on the genre will be a joy for sci-fi fans schooled in mecha and kaiju lore. The pained backstory of young Mako Mori, for instance, is a classic anime tactic, even the visual effect employed while entering “the drift”, as it were, provides the mystical, otherworldly feel often employed in the mecha genre of anime, implying that the machine itself has a soul. Though that isn’t really the case here, the story does tilt in an unexpected direction concerning the kaiju that may not be so unexpected to those fans of Japanese films either.

One thing is for certain, Pacific Rim doesn’t disappoint when it comes to getting your pulse racing and delivering all-out, adrenalin inducing eye candy and awesome action sequences. 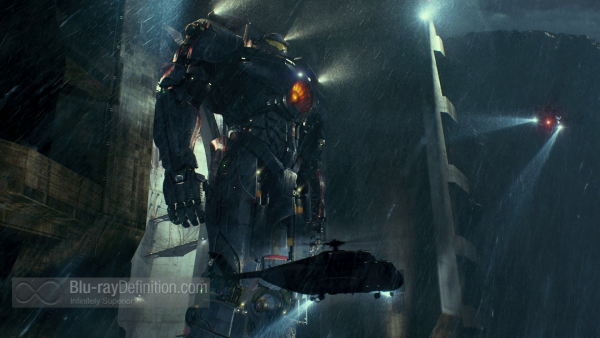 Warner sent us only the 2D version of Pacific Rim on Blu-ray, which is just fine, being that the film in 3D is only a 3D conversion from the original high definition production captured on the Red Epic camera with Zeiss Ultra Prime and Angenieux Optimo lenses. As for this AVC/MPEG-4 1080p encodement on Blu-ray from Warner, it looks absolutely gorgeous. It’s every bit as clean, crisp, and delicately nuanced as one would expect an HD source of such recent vintage of a sci-fi/action film of this sort to be. One can make out the scratches and dents on the Jaegers, textures on faces, and all with no hints of digital anomalies, even with all that splashing water, where you’d expect to see something weird going on. 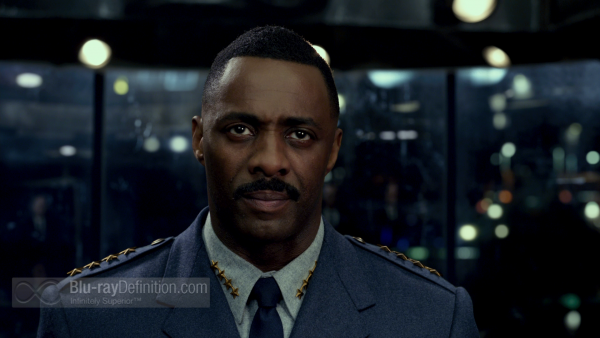 Warner gives us two lossless surround options on this Blu-ray release, an English DTS-HD Master Audio 5.1 (48kHz/24-bit) track and an English DTS-HD Master Audio 7.1 (48kHz/24-bit) surround track, in addition to French, Portuguese, and Spanish (Latino) Dolby Digital 5.1 dubs. I went with the 7.1 track as my reference for this review, and, boy was it an adventure. As one might imagine, the sound was big, and it was a pretty wild ride from start to finish. The surrounds and back channels were filled with something throughout, but it wasn’t overbearing. It was a delicate balance, with the majority of sounds coming from the front, and very deep lows, extended way down to the lowest frequencies. High frequencies sounded just right, never fatiguing, and the dialogue was never buried in the mix. 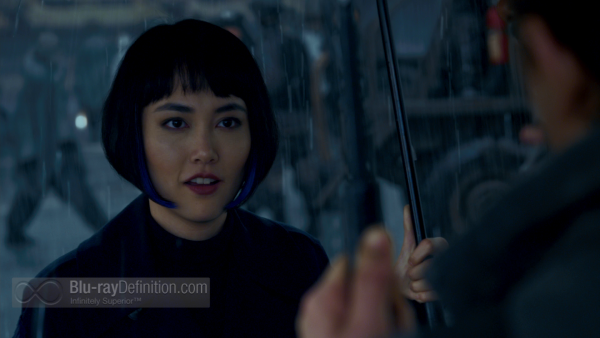 There are a massive amount of extras spread across two Blu-ray Discs included in this release. 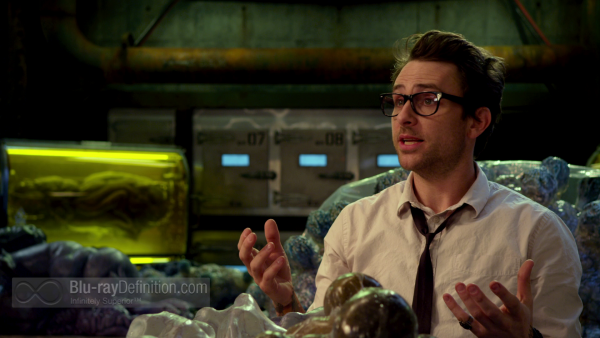 Pacific Rim may just be the best sci-fi action film of the year, with fantastic special effects, an impeccable handling of genre references, and awesome action that never lets up. It’s a wild ride. The Blu-ray release is top notch as well, pure reference audio and video. 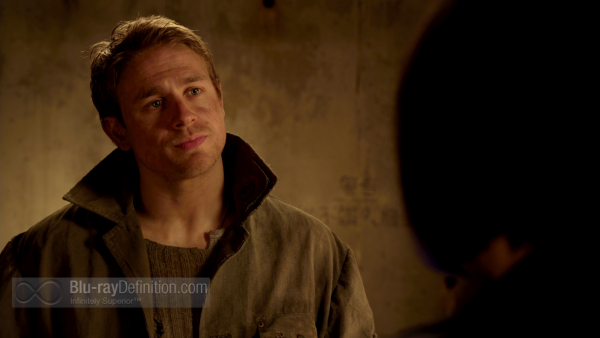 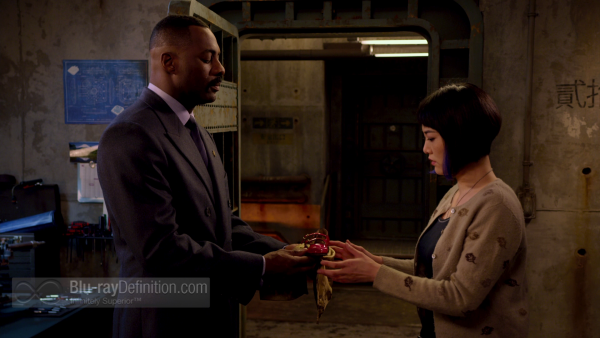 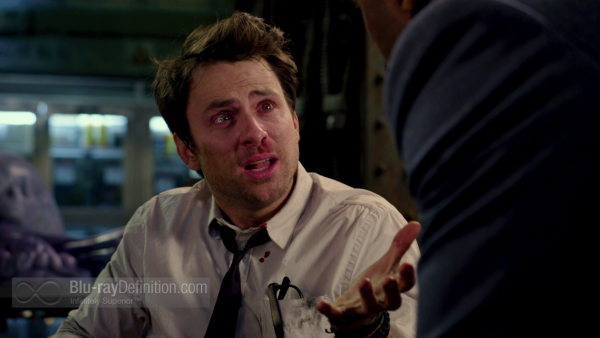 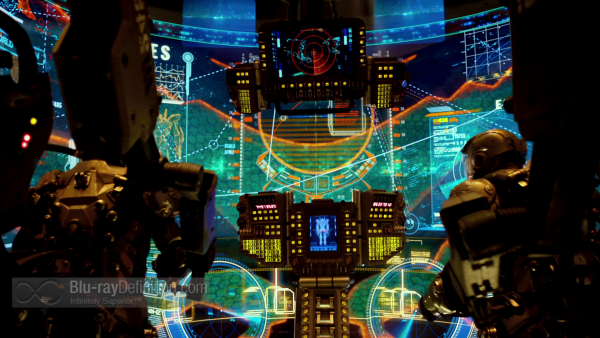 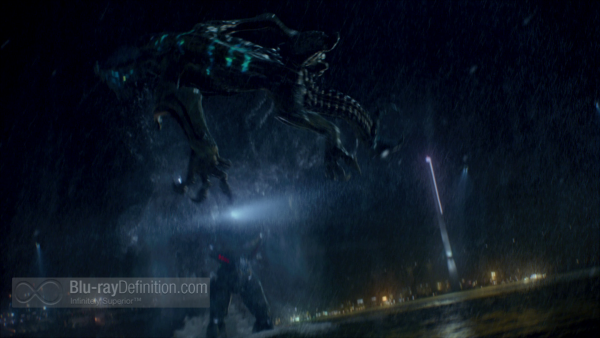 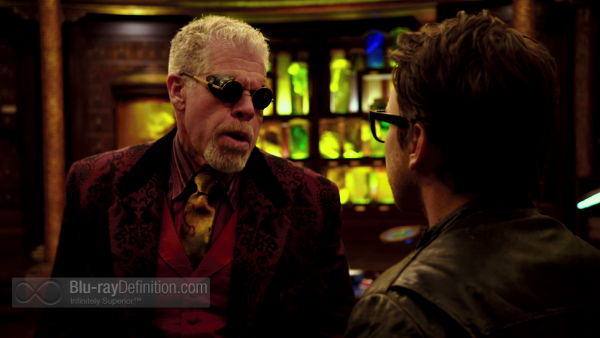 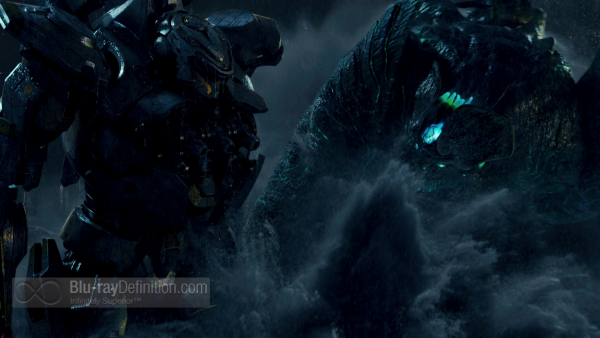 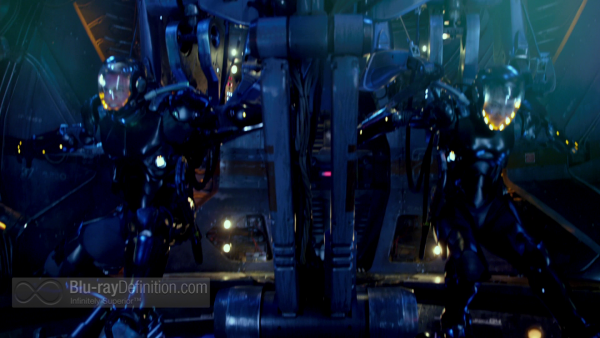 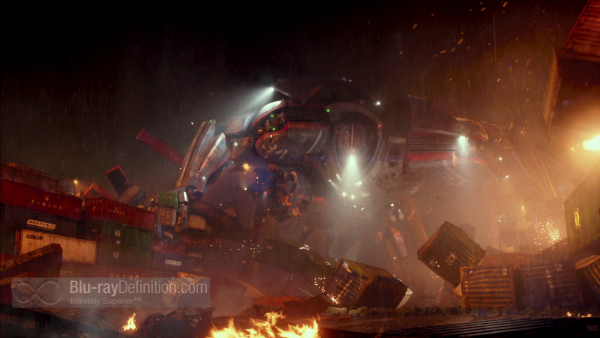 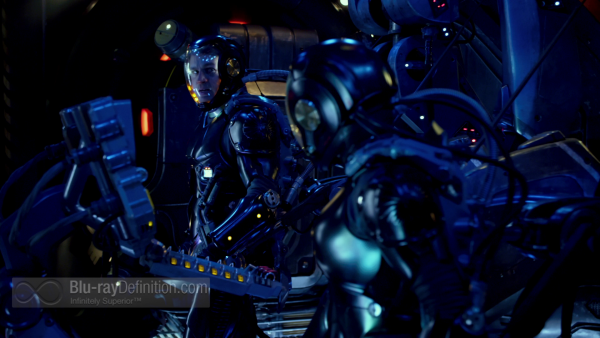 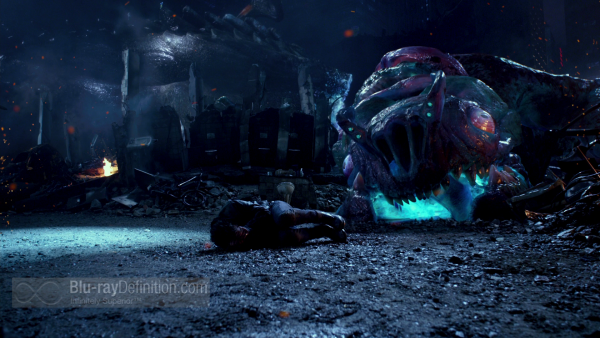 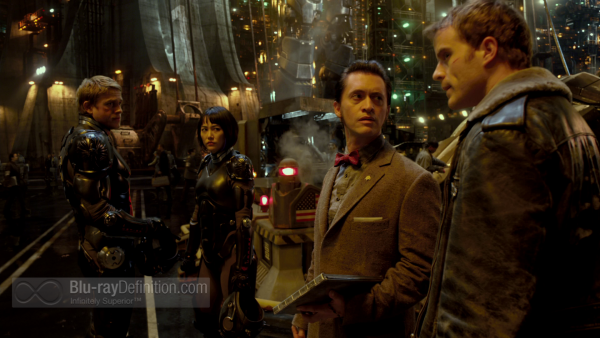 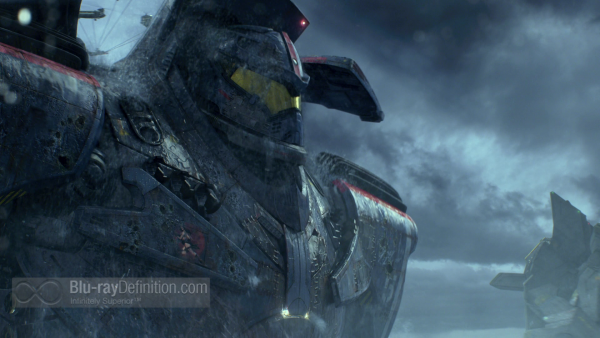 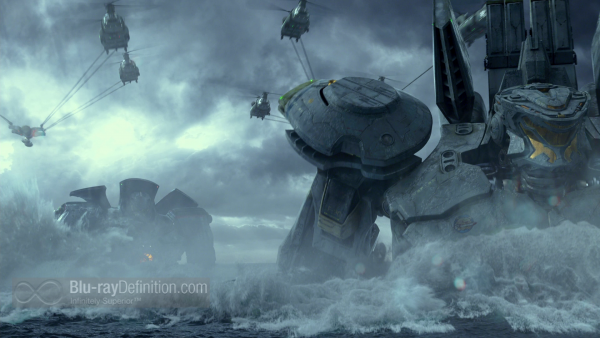 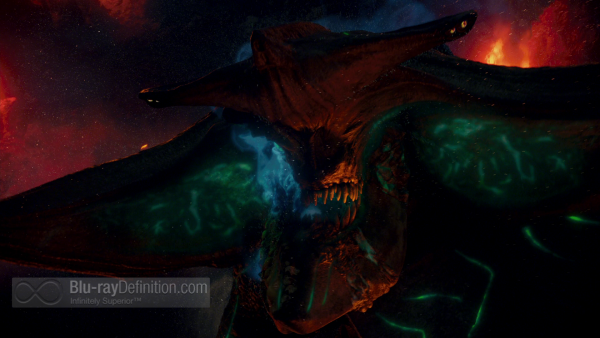