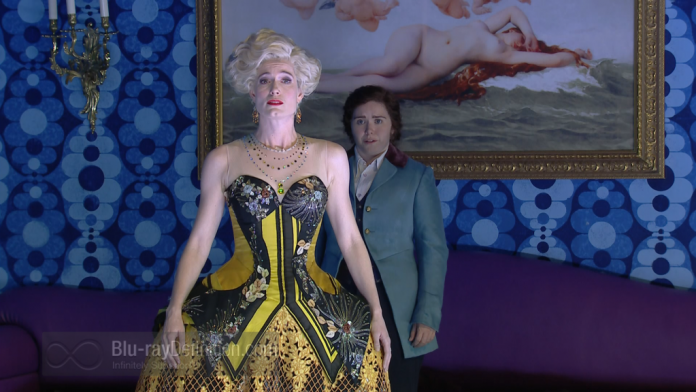 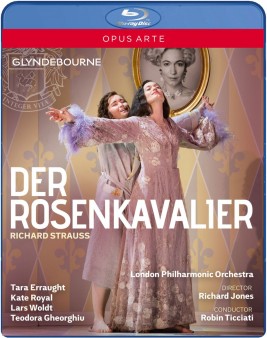 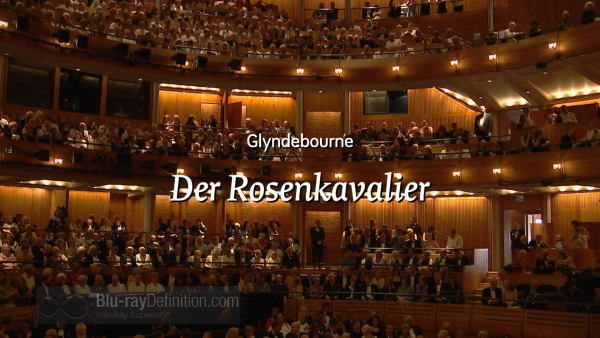 Richard Strauss’s Der Rosenkavalier marked a significant change in direction for this German composer. With a style and story line that recalled the elegant domestic comedies of Mozart, this opera pays homage to the past and yet looks forward to Strauss’s own era. After the avant-gardism of Salome and Elektra, Strauss’s return to a more conventional tonal palette rapidly earned this opera a lasting place in the international operatic repertoire. 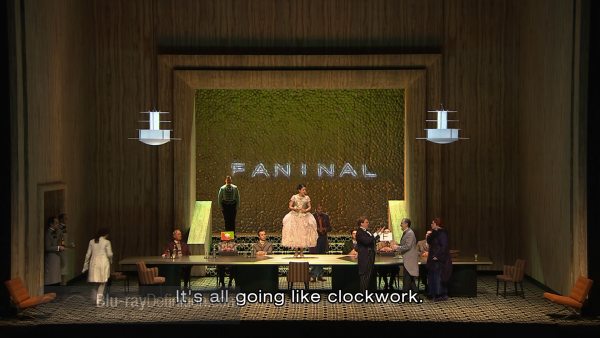 The Marschallin (Kate Royal) is having a romp with boy-toy Count Octavian (Tara Erraught) before the arrival of her cousin, the boorish Baron von Ochs (Lars Woldt), who is intent on marrying the young and wealthy Sophie von Faninal (Teodora Gheorghiu). The lovers are caught off guard by the Baron’s visit, so the quick-thinking Octavian disguises himself as the chambermaid, “Mariandel” and catches Ochs’s eye. The Marschallin next receives the Italian schemers, Valzacchi (Christopher Gillett) and Annina (Helene Schneiderman), and the Italian tenor (Andrej Dunaev). In a bittersweet moment, the older woman realizes that her young lover will eventually find someone more age-appropriate than she is. Octavian is asked to give Sophie a silver rose as a token of the Baron’s proposal of marriage. 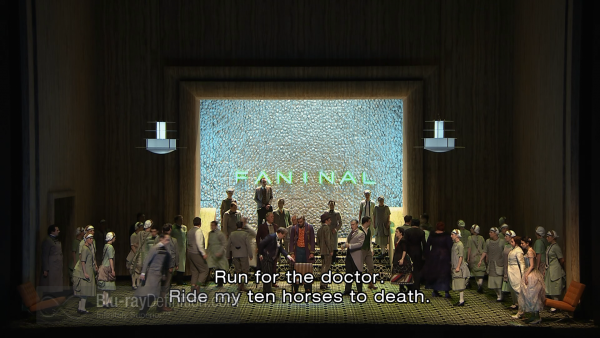 The von Faninal family led by upwardly mobile father (Michael Kraus) awaits the rose-bearer.  Octavian is quite taken by Sophie who, having just met the Baron, is more than anxious to get out of the marriage contract. Octavian takes offense at Ochs’s treatment of Sophie and pokes the Baron’s behind with the rose’s stem. As the Baron is licking his wounds, Annina brings him an invitation from “Mariandel,” to a rendezvous in the village. 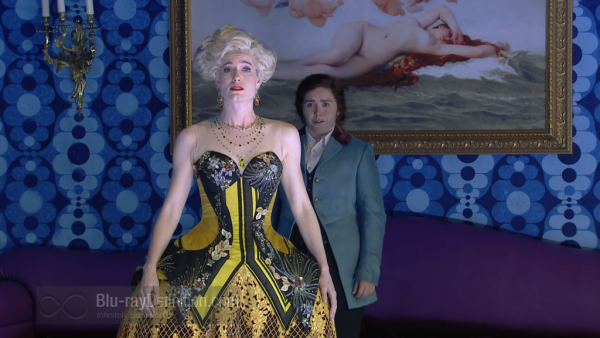 That evening at the village inn, Ochs tries to seduce “Mariandel.” Annina, in disguise, enters with a gaggle of children whom she identifies as belonging to her and her husband none other than the Baron himself. Ochs calls for the police who arrive promptly and he identifies “Mariandel” as his fiancée Sophie.  The Marschallin suddenly appears, Octavian reemerges in his own clothes, and Ochs is bluntly asked to return home.  Realizing that Sophie and Octavian are deeply in love, the Marschallin gives her blessing to the young couple. 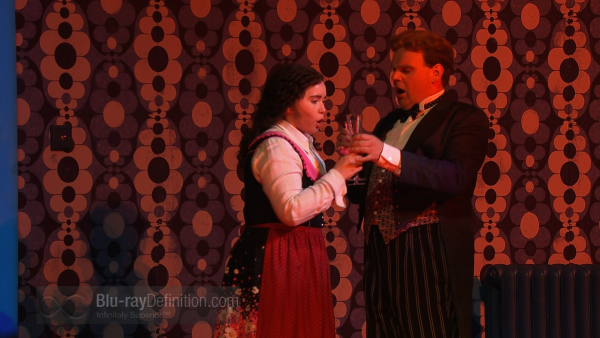 Richard Jones’s 2014 Glyndebourne production shifts Der Rosenkavalier from its original period to that of its actual composition (1911). Young maestro Robin Ticciati leads the London Philharmonic Orchestra in a spirited yet emotionally appropriate reading of the lush score. Der Rosenkavalier has many characters but its success centers on the three principal women.  Here, English soprano Royal, a stunner in the nude shower scene at the opening curtain, exudes the sexuality and vocal sheen that this role demands. Young Irish mezzo-soprano Erraught is clearly miscast as her dumpy figure and overly bright voice will convince no one that she is either a lascivious or desirable young man. Romanian soprano Gheorghiu’s Sophie is a nice find and captures the essence of her ingénue role. Finally, Lars Woldt is a much younger and less obnoxious Baron Ochs than we are accustomed to seeing. 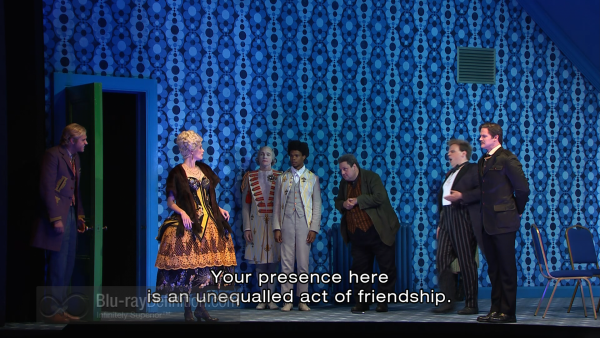 The visuals of this production are truly stupendous with scintillating colors and terrific clarity.  Francois Rouissillon’s cameramen do a marvelous job in covering the stage, the singers and the constantly shifting action. Unfortunately, the cameras mercilessly hightlight many of director Jones’s dramatic miscalculations such as the profusion of supernumeraries in each act and the hokey backdrops that trivialize the dramaturgy. 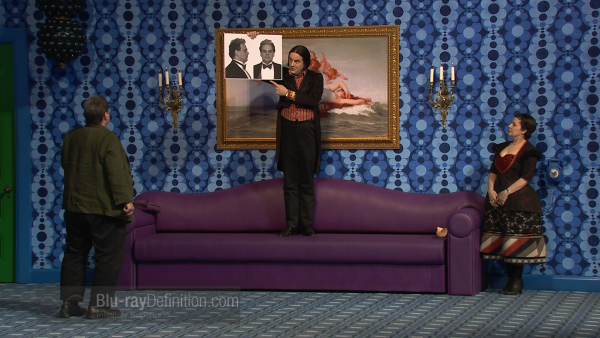 Balances between orchestra pit and voices on stage are exemplary. The DTS-HD Master Audio 5.1 (48kHz/24-bit) surround version adds the ambience of the Glyndebourne Festival’s smallish theater and draws viewers into the “live” experience. 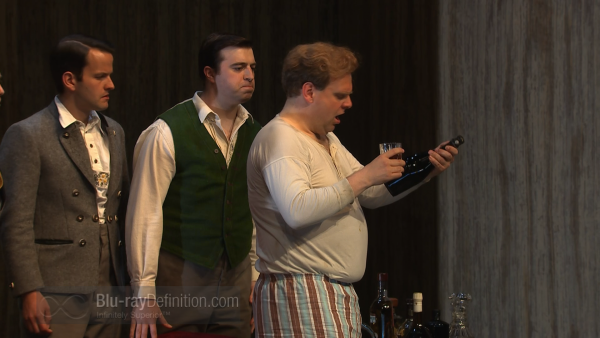 The program booklet delivers cast, production credits, a plot synopsis, and a background interview with director Richard Jones. There are also the following bonus features: 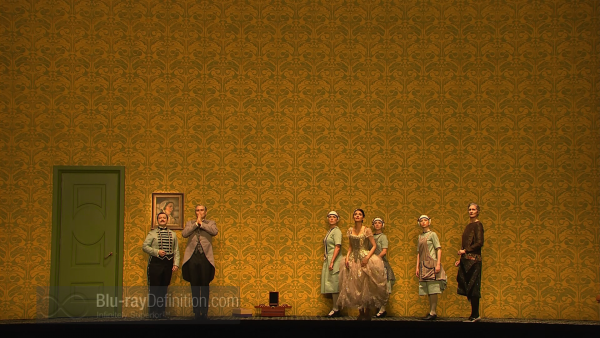 There is no shortage of high-quality Rosenkavalier videos, including five previous Blu-ray releases. What keeps this Glyndebourne production out of the top tier is some wayward casting and Richard Jones’s often-unwieldy staging concepts.  The main virtues of this Blu-ray are Kate Royal’s stellar Marschallin, and the film’s very high audio/video production values. 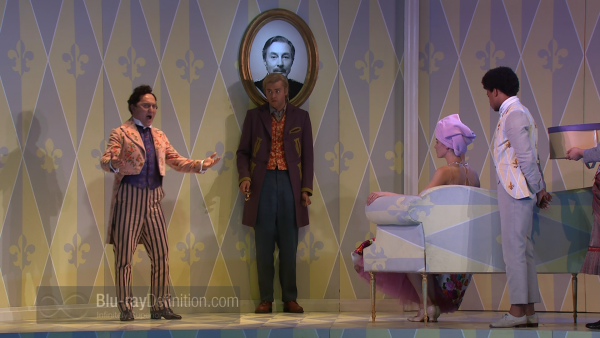 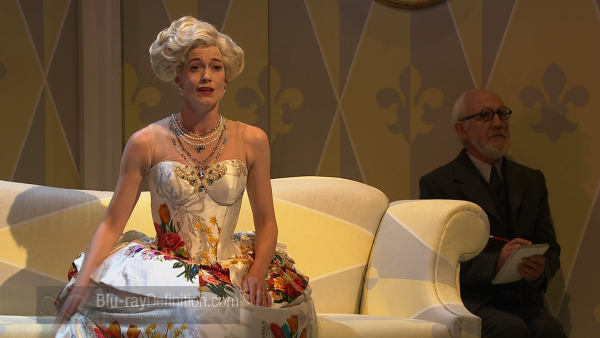 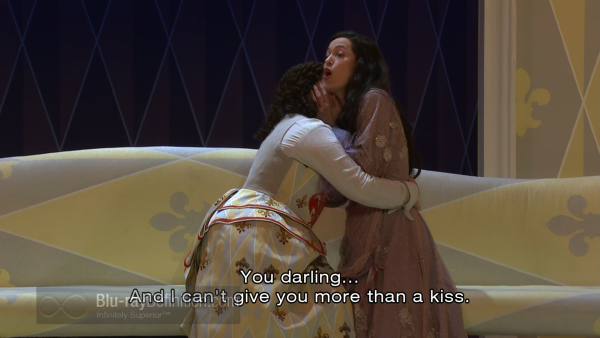 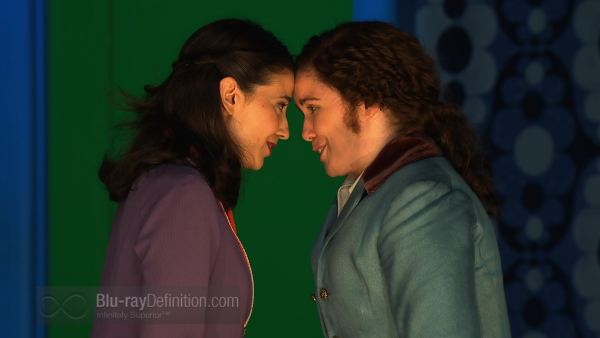 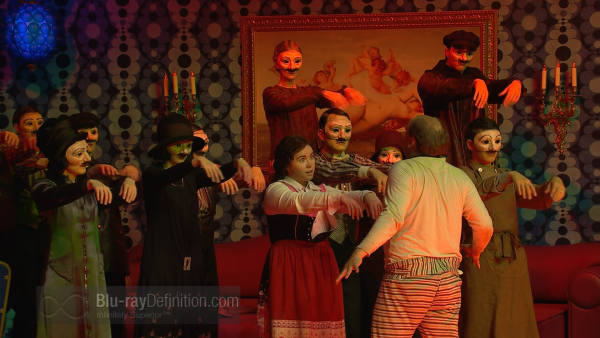 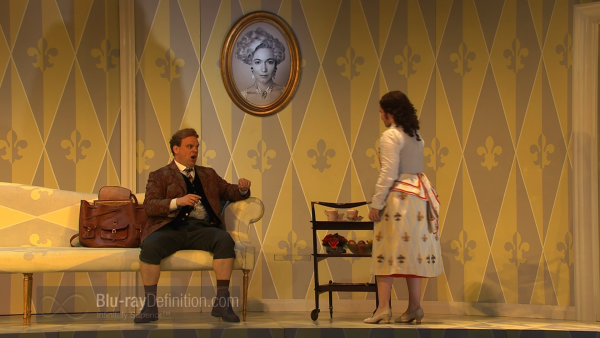 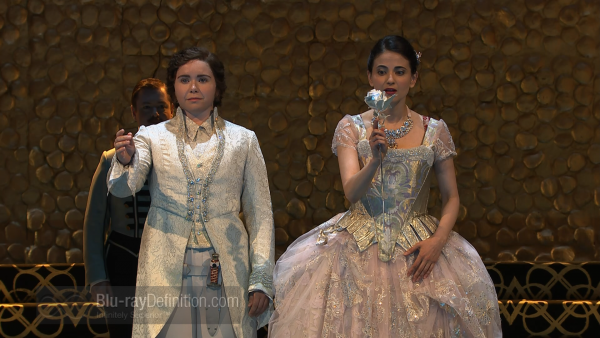 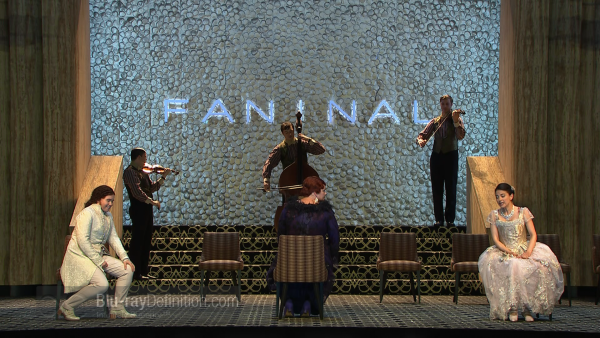 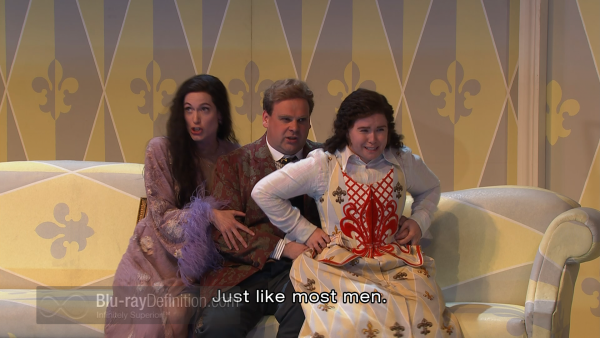 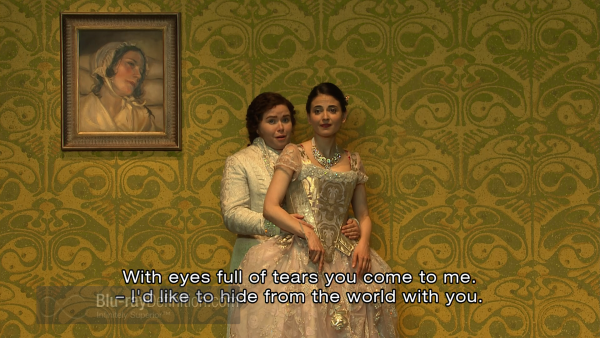